Adar Cohen is cofounder and executive director of the Civic Leadership Foundation in Illinois. He is responsible for all aspects of CLF's efforts to empower young people for success in school, work and civic life. Working with Protestants and Catholics in Northern Ireland, with gang leaders and correctional officers in Chicago, and with Jews and Muslims in the Middle East, Dr. Cohen has led dynamic change processes in settings defined by conflict and uncertainty. He has investigated human rights abuses at the Guantánamo Bay detention camp; led nonviolence trainings in church basements and community centers across the US; and, at the invitation of the King of Bhutan, lectured and designed curriculum at Sherubtse University, Bhutan’s first institution for higher education. 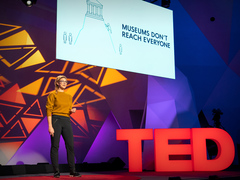