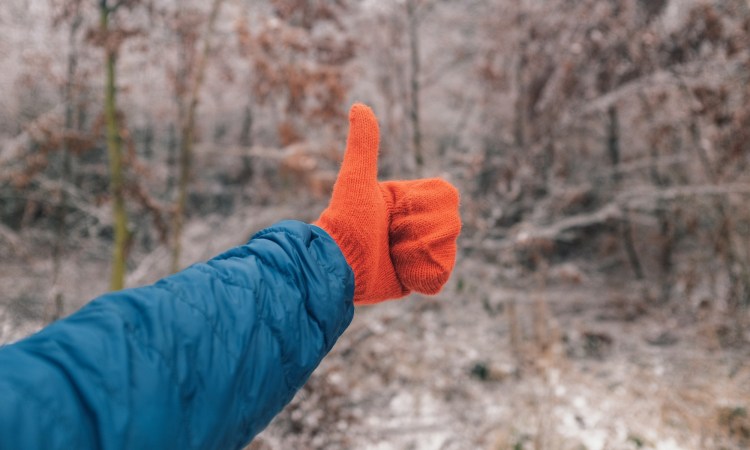 We all go through times when we see the world through cloudy-colored glasses. Times when it’s tempting to just climb into bed — or bathtub — and hide out, maybe for up to a month. Fortunately for your loved ones, your livelihood and your life, we’ve gathered together eight tactics from TED speakers to cut through the fog.

At times, it can seem impossible to stay optimistic in the face of the day’s headlines. However, you can gradually start to change your brain by leaning into what cognitive neuroscientist Tali Sharot calls our “optimism bias.”

What this means: when you wake up and think it’s going to be a blah day, you’re helping set yourself up to have just such a day. So the next time you catch yourself making a gloomy prediction, first congratulate yourself for noticing. Then, think about a few things you can look forward to throughout the day — they needn’t be big; never discount the simple yet sublime pleasure of a hot shower, that first sip of coffee, or the first few notes of your favorite song — and you’ll begin training your brain to zoom in on positive events.

2. Recognize that you can change your life at any point.

Do you feel like it’s hard to be look forward to the future because it seems all too predictable? Choice #1: resign yourself to the inevitable (and while you’re at it, why not pick out the inscription for your tombstone?). Choice #2: open yourself up to the possibilities that exist for everyone, at every age.

Consider Paul Tasner. He was shaken out of his daily grind when he was laid off at the age of 64. His entire adult life, he’d worked for others, but at the age of 66, he decided to become a first-time entrepreneur.

The Californian now makes biodegradable packaging that helps combat the plastic pollution crisis — and says, “I am doing the most rewarding and meaningful work of my life right now.” Contrary to what most of us think, starting a business is not something that is better to do when you’re young. Older entrepreneurs in the US have a 70 percent success rate when launching new ventures, Tasner notes, compared to 28 percent for younger entrepreneurs.

3. Look for meaning in the most challenging moments.

For some, pessimism is not a passing inclination but a near-constant outlook shaped by difficult, maybe brutal times. Even negative events can end up having positive effects, according to writer Andrew Solomon.

“Avoidance and endurance can be the entryway to forging meaning,” he says. Solomon transformed a childhood marked by bullying and emotional torment into a life of helping others communicate their own stories of growth.

His advice: “You need to take the traumas and make them part of who you’ve come to be, and you need to fold the worst events of your life into a narrative of triumph, evincing a better self in response to things that hurt.”

4. Listen to another person’s story.

When you’re feeling down, it can help to get out of your own head.

In 2003, Dave Isay founded the NYC-based nonprofit StoryCorps to forge connections and honor real people’s stories. Today, more than 100,000 people have recorded conversations with their loved ones.

This week, make it a point to ask someone — a family member, friend or even a stranger — to tell you a story about a meaningful time in their life. Listen deeply and intentionally.

When you hear a story about the love, wisdom and courage that fill our most important moments, says Isay, “it can sometimes feel like you’re walking on holy ground.”

5. Return to your home base.

Does your discouragement stem from being knocked down one too many times? Writer Elizabeth Gilbert knows what that’s like. After the blockbuster success of her memoir Eat, Pray, Love, she released another book — and “it bombed,” she says.

“I was fine,” she adds. Huh? “I will always be safe from the random hurricanes of outcome as long as I never forget where I rightfully live,” Gilbert says. That’s because her home base is the act of writing itself — not getting good reviews, watching her books become best-sellers, or selling movie rights.

How can you find your own center amid life’s sturm und drang? Identify the thing or things in this world that you love more than you love yourself, says Gilbert. “That might be creativity, it might be family, it might be invention, adventure, faith, service, it might be raising corgis.”

It may seem wrong to stay cheerful in the face of the many big problems confronting us, such as wars and armed conflicts, climate change, and the continued incidence of serious diseases, to name a few.

But rather than getting dragged down, you might want to look up — as in up at the sky. That’s where drones are buzzing over Africa and delivering blood and plasma to hard-to-reach rural populations.

Robotics entrepreneur Keller Rinaudo created Zipline, a system with battery-operated devices that are providing emergency supplies to hospitals in Rwanda. Think for a moment about the practical know-how, creativity, teamwork and just plain gumption that made the idea a reality — and know that world-changing ideas are being hatched all around us. “Innovation leads to more innovation leads to more innovation,” says Rinaudo.

Swap some of the time you spend reading or listening to the news; instead do a search for news stories with the key word “innovation” or watch one of the many TED Talks tagged innovation.

7. Remember the essential goodness of humanity.

On the day of the school shooting in Sandy Hook, Connecticut, Mary Latham couldn’t take her eyes off the news. Then a coworker came by her desk and told her what he’d just experienced in Starbucks. A kind stranger had bought a $100 gift card and, to lift people’s spirits, he told the barista to use to pay for the customers on line.

She told the story to her mother, who was battling a second round of cancer. Her mom said, “There’s alway going to be these horrible tragedies that happen in our lives, and these terrible things, but there’s always going to be more good out there, and you just have to look for it.”

After her mother died, Latham started collecting stories of human kindness from all 50 states, staying with strangers along the way. She is compiling a book that she hopes to place in hospital waiting rooms. “There is an unfathomable amount of kindness that I have seen,” she says, “and when we put our fears aside, when we connect to strangers, when we smile at the people next to us or put away our judgments, it opens up a door into an entirely different way of life.”

8. Think about your death (yes, really).

This doesn’t need to be a morbid activity; artist (and TED Fellow) Candy Chang has found it can be illuminating and centering. After someone close to her passed away, Chang was inspired to transform an abandoned home in her city of New Orleans into a giant chalkboard with a single fill-in-the-blank sentence: “Before I die I want to ___.”

As people completed the sentence with answers like “straddle the International Date Line,” “sing for millions,” or “plant a tree,” the wall changed from a neglected space into one that connected neighbors and highlighted their hopes and dreams. As Chang says, “In our age of increasing distractions, it’s more important than ever to find ways to maintain perspective, and remember that life is brief and tender.” In this way, preparing for death — and thinking about all the things you can achieve right now — can be one of the most uplifting things you can do. 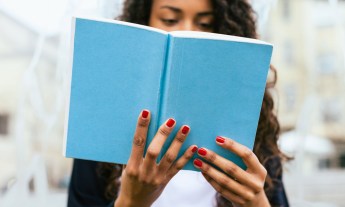 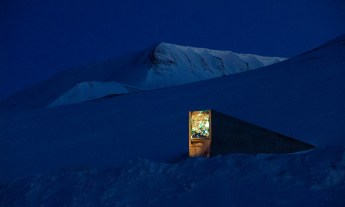 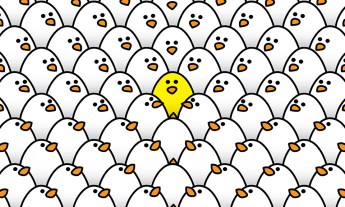