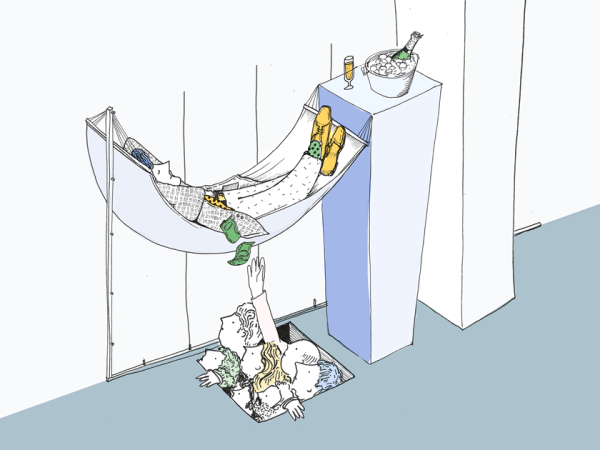 It’s safe to say that economic inequality bothers us. But why? Harvard philosopher T. M. Scanlon offers four reasons we should tackle — and fix — the problem.

The great inequality of income and wealth in the world, and within the United States, is deeply troubling. It seems, even to many of us who benefit from this inequality, that something should be done to reduce or eliminate it. But why should we think this? What are the strongest reasons for trying to bring about greater equality of income and wealth?

One obvious reason for redistributing resources from the rich to the poor is simply that this is a way of making the poor better off. In his TED Talk on “effective altruism,” Peter Singer advances powerful reasons of this kind for voluntary redistribution: Many people in the world are poor, and the improvement in their lives that richer people can bring about by giving money is enormous by comparison with the small sacrifice that this would involve.

A justification for reducing inequality through non-voluntary means, such as taxation, needs to explain why redistribution of this kind is not just robbery.

These reasons for redistribution are strongest when the poor are very badly off, as in the cases Singer describes. But there will always be some reason of this kind as long as redistributing assets increases the well-being of the poor more than it decreases that of the rich. These reasons for eliminating inequality are also based on an idea of equality, namely that, as Singer puts it, “every life is equally important.” This can be seen as a combination of two ideas: the general principle of universal moral equality, that everyone matters morally in the same way, and the idea that, because all people “matter morally,”  there’s a good reason to bring about increases in their well-being if we can.

It’s important to note, though, that there is another sense in which these reasons are not egalitarian: They are, fundamentally, reasons to increase the well-being of the poor rather than objections to inequality, that is to say, objections to the difference between what some have and what others have. The fact that other people are better off is relevant in Singer’s argument only for the reason Willie Sutton was said to have given when asked why he robbed banks: “That’s where the money is.”

The possibility of making the poor better off does not seem to be the only reason for seeking to reduce the world’s rising level of economic inequality. Many people in the United States seem to believe that our high and rising level of inequality is objectionable in itself, and it is worth inquiring into why this might be so. This inquiry is important for two reasons. The first is because a justification for redistribution needs to include some response to the claims of the rich that they are entitled to keep what they have earned. What Peter Singer argues for powerfully is voluntary redistribution. A justification for reducing inequality through non-voluntary means, such as taxation, needs to explain why redistribution of this kind is not just robbery, like the activities of Willie Sutton and Robin Hood.

Second, if inequality, in itself, is something to be concerned about, we need to explain why this is so. It is easy to understand why people want to be better off than they are, especially if their current condition is very bad. But why, apart from this, should anyone be concerned with the difference between what they have and what others have? Why isn’t such a concern mere envy? I will mention four reasons for objecting to inequality, and consider the responses they provide to the charge of mere envy and to the claims of entitlement. The first three:

1. Economic inequality can give wealthier people an unacceptable degree of control over the lives of others.

If wealth is very unevenly distributed in a society, wealthy people often end up in control of many aspects of the lives of poorer citizens: over where and how they can work, what they can buy, and in general what their lives will be like. As an example, ownership of a public media outlet, such as a newspaper or a television channel, can give control over how others in the society view themselves and their lives, and how they understand their society.

2. Economic inequality can undermine the fairness of political institutions.

If those who hold political offices must depend on large contributions for their campaigns, they will be more responsive to the interests and demands of wealthy contributors, and those who are not rich will not be fairly represented.

3. Economic inequality undermines the fairness of the economic system itself.

Economic inequality makes it difficult, if not impossible, to create equality of opportunity. Income inequality means that some children will enter the workforce much better prepared than others. And people with few assets find it harder to access the first small steps to larger opportunities, such as a loan to start a business or pay for an advanced degree.

None of these objections is an expression of mere envy. They are objections to inequality based on the effects of some being much better off than others. In principle, these effects could avoided, without reducing economic inequality, through such means as the public financing of political campaigns and making high-quality public education available to all children (however difficult this would be in practice).

A fourth kind of objection to inequality is more direct. In Paul Krugman’s review of Capital in the 21st Century by Thomas Piketty, he mentions these stats from the US Bureau of Labor Statistics: “Real wages for most U.S. workers have increased little if at all since the early 1970s, but wages for the top 1 percent of earners have risen 165 percent, and wages for the top 0.1 percent have risen 362 percent.” (Krugman calls those “supersalaries.”) Again, the idea that this is objectionable is not mere envy. It rests, I believe, on this idea, my fourth point:

4. Workers, as participants in a scheme of cooperation that produces national income, have a claim to a fair share of what they have helped to produce.

What constitutes a fair share is of course controversial. One answer is provided by John Rawls’ Difference Principle, according to which inequalities in wealth and income are permissible if and only if these inequalities could not be reduced without worsening the position of those who are worst-off. You don’t have to accept this exact principle, though, in order to believe that if an economy is producing an increasing level of goods and services, then all those who participate in producing these benefits — workers as well as others — should share in the result.

No one has reason to accept a scheme of cooperation that places their lives under the control of others.

Peter Singer’s powerful argument for altruistic giving draws on one moral relation we can stand in to others: the relation of being able to benefit them in some important way. With respect to this relation, to “matter morally” is to be someone whose welfare there is reason to increase.

But the objections to inequality that I have listed rest on a different moral relation. It’s the relation between individuals who are participants in a cooperative scheme. Those who are related to us in this way matter morally in a further sense: they are fellow participants to whom the terms of our cooperation must be justifiable.

These are not just objections to inequality and its consequences: they are at the same time challenges to the legitimacy of the system itself. The holdings of the rich are not legitimate if they are acquired through competition from which others are excluded, and made possible by laws that are shaped by the rich for the benefit of the rich. In these ways, economic inequality can undermine the conditions of its own legitimacy.

As Singer shows, the possibility of improving the lot of the poor is a powerful reason for redistribution. But it is important to see that the case for equality is powerful in a different way. 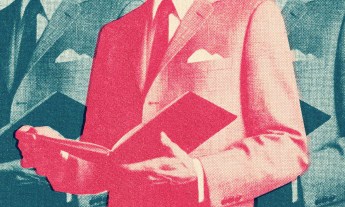