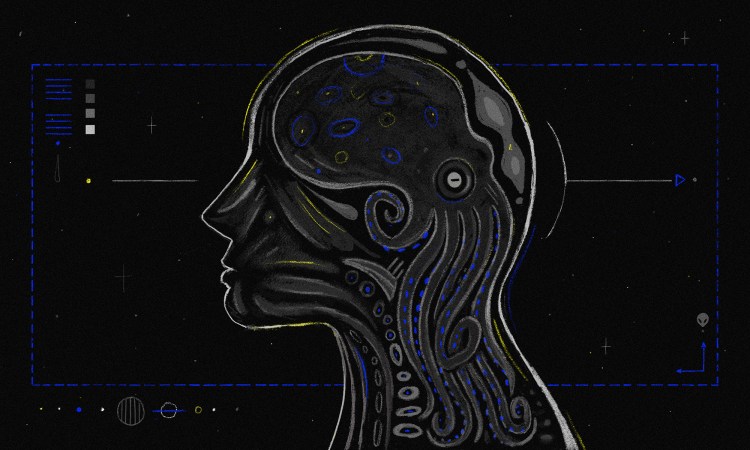 By examining the eight-armed marine creature and the peculiar way it engages with the world, we can get a glimpse into different ways of existing and being, says cognitive neuroscientist Anil Seth.

You don’t need to go to outer space to encounter an alien. To find otherworldliness here on Earth, meet an octopus. Like many other people who have spent time with these remarkable creatures, I’ve been left with a vivid sense of an intelligent presence very different from our own.

The octopus is our very own terrestrial alien, with eight prehensile arms lined with suckers; three hearts; an ink-based defense mechanism; highly developed jet propulsion; a body that can change size, shape, texture and color at will; and cognitive abilities to rival many mammals. They can retrieve hidden objects from nested Plexiglass cubes, find their way through complex mazes, utilize natural objects as tools, and even solve problems by watching other octopuses do the same. The common octopus, Octopus vulgaris, has about half a billion neurons, roughly six times more than a mouse. If there are sentient aliens in the universe, one way of trying to understand what sort of consciousness they may have is to think about the inner universe of the common octopus.

To do this, we need a working definition of consciousness, although there is none that is universally agreed upon. A simple approach is to say that, for a conscious organism, there is something it is like to be that organism. Or one can say that consciousness, at least for humans, is what disappears when we fall into a dreamless sleep and what returns when we wake up. For conscious organisms, there seems to exist a continuous, though interruptible, stream of conscious scenes or experiences.

Consciousness can’t be traced to a single region in the human brain. Our best guess is it depends on how different regions talk to each other.

Conscious contents refer to the elements of a conscious scene, or what you are conscious of, when you are conscious. For humans, conscious content includes colors, shapes, smells, thoughts, explicit beliefs, emotions and moods, experiences of desire and agency, and so on. Some aspects of self-consciousness, like experiences of body ownership and of having a first-person perspective on the world, are so continuous and pervasive that we take them for granted. But it’s just these aspects that might be most different in species like the octopus, since their bodies and how they interact with the world are so different from us.

Which leads us to the basic question: Is an octopus conscious? In humans, consciousness can’t be traced to a single region in the brain. Our current best guess is that it depends on how different brain regions talk to each other. When consciousness fades, like in dreamless sleep, the brain becomes functionally disconnected. Many experiments show that during normal consciousness, different brain regions can do their own thing, while at the same time participate in an integrated “whole.” This makes sense from the point of view of the human experiencer: Every conscious scene is experienced as unified, but at the same time it’s composed of many different elements and is different from every other conscious experience.

Most of an octopus’s neurons lie outside its central brain, suggesting its consciousness might have a very different character to ours.

The half a billion neurons of the O. vulgaris nervous system would seem enough to provide a large repertoire of conscious contents. But the octopus nervous system is much poorer in the fast, long-range connections that connect the regions of the human brain. And the majority of an octopus’s neurons lie outside the central brain, which is unlike humans and most mammals. This suggests that the integration of the activity of different brain regions might be very different in octopuses. While this doesn’t mean that octopuses necessarily lack consciousness, it means their consciousness might have a very different character to ours.

At the neural level we know little about octopuses. If they are conscious, what might they be conscious of? Human conscious content ranges from those associated with sensations of the outside world to feelings, thoughts, experiences of volition and will, and many others. The classic human senses are vision, hearing, touch, taste and smell, which are accompanied by important sensory channels, including senses of body position and movement, pain, temperature and a raft of inputs on the internal state of the body.

In terms of sensory capabilities, all octopuses have good vision, even for the low light conditions prevalent at night or on the ocean floor. They also share the senses of taste, smell and touch; they can hear but not well. Octopus arms are rich in sensory receptors, used for touch and taste. Of the sensory channels, we know little but we do know they have pain receptors and show a range of pain-related behaviors similar to vertebrates, like grooming and protecting injured body parts.

But perception isn’t just about having this or that sense. When we perceive our environment with vision, we do more than build an accurate picture of an objective reality. Instead, we perceive the world in terms of how we might act in it and on it. A door, for instance, is perceived as something that can be opened by us, not just as a rectangular slab of wood. Since octopuses (and aliens, potentially) can take very different sets of possible actions than us, they’ll likely have very different perceptions.

Even here on earth, being a conscious self may involve types of sensation that are completely alien to us humans.

Let’s focus on the experience of identifying with a particular body. Altered body experience can sometimes be induced. In the rubber hand illusion, a person’s real hand is hidden from view while they fix their gaze on a fake rubber hand. If both hands (real and rubber) are simultaneously stroked with a soft paintbrush, most people have the bizarre experience that the rubber hand somehow becomes part of their body. This shows that our experience of what is — and what is not — part of our body is not simply given but is a surprisingly flexible perception generated by our brain.

An octopus’s experience of its own body is likely to be affected by the fact that it has a strikingly decentralized nervous system — the majority of its nerve cells are found, not in its central brain, but in its arms, which are almost like independent animals. Delegating “neural” control to each arm makes sense because octopus arms can move in many different ways. Studies have shown that they are capable of behaving semi-independently and can execute complex grasping movements even after being severed. This suggests that the octopus may have only a hazy experience of its body configuration. In fact, there might even be something it is like to be an octopus arm.

For an octopus, the suckers on each arm automatically grip onto almost any passing object, but somehow they do not fix onto its other arms or central body. One way to achieve this feat of self-discrimination would be for the central brain to maintain an up-to-date picture of the position of each limb. Human brains can do this. But for an octopus, the job seems formidable. Instead, it has recently been discovered that they secrete a chemical in their skin which prevents the suckers from attaching and which constitutes a highly distinctive, chemical-based self-recognition system. Even here on earth, being a conscious self may involve types of sensation that are completely alien to us humans.

The novelty of octopus embodiment doesn’t stop with its semi-autonomous arms and chemical self-recognition. Octopus bodies can undergo dramatic changes in size, shape, color, patterning and texture. They have remarkable camouflage abilities, blending seamlessly into the environment while waiting for prey to swim by or predators to move along. Putting all this together means the experience of body ownership for an octopus might well be the most other-worldly aspect of its consciousness.

Being conscious is not about being able to engage in rational thought; it is about perceiving the world and self in a way that ensures one’s survival.

As with many complex biological features, consciousness seems to serve a useful purpose. For humans, this may be by providing us with a very large amount of integrated information so that we can do the right thing at the right time in a complex, ever-changing environment. If this evolutionary story is on track, it follows that consciousness is likely to be a property of evolved life forms wherever in the universe they’ve arisen, once certain thresholds for complicated behavior have been crossed. Importantly, these thresholds might not be high. Being conscious is not about being able to engage in rational thought or to use language, it is fundamentally about perceiving the world — and the self — in a way that ensures the survival of the organism in a world full of danger and opportunity. On this view, consciousness is more likely to be a property of even simple lifeforms with nervous systems engaged in flexible self-preservation than it is to emerge from complex robots or AIs that can mimic advanced human abilities. The experience of being embodied may be one of the most basic of all conscious experiences and the one most likely shared by aliens, terrestrial or otherwise.

We humans are forever trapped within the inner universes prescribed by our brains, bodies and environments. But by studying the limits of our own awareness alongside the abilities of other species and by realizing that how we experience the world and the self is not the only way, we can gain startling glimpses into a space of possible consciousnesses. We might never experience what it is like to be an octopus, but it seems likely that there is something it is like to be this terrestrial alien. What is certain is that the inner universes of consciousness — for you, me, an octopus or an alien — are every bit as fascinating and mysterious as anything we might find out there among the stars.

Excerpted with permission from the book Aliens: The World’s Leading Scientists on the Search for Extraterrestrial Life, edited by Jim Al-Khalili. Copyright © 2016. For this essay: Copyright © 2016 Anil Seth. Published by Picador Books, an imprint of Macmillan Publishing, LLC, under license from Pan Books Limited. 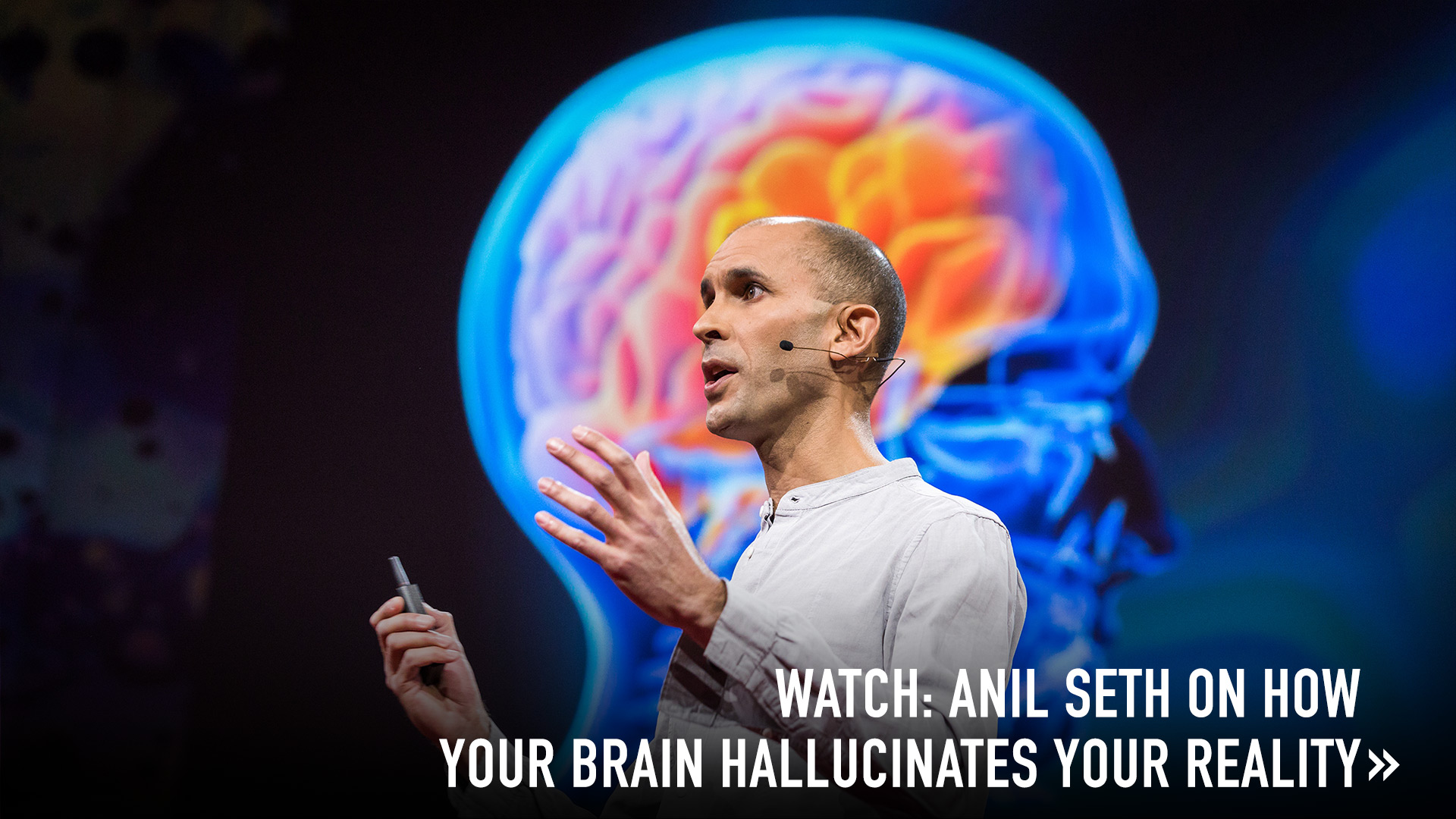 Anil Seth is cognitive neuroscientist and the founding co-director of the University of Sussex’s Sackler Centre for Consciousness Science. His research bridges neuroscience, mathematics, artificial intelligence, computer science, psychology, philosophy and psychiatry. He has also worked extensively with playwrights, dancers and other artists to shape a truly humanistic view of consciousness and self. Seth is the editor and co-author of the best-selling book "30-Second Brain", a collection of brief and engaging neuroscience vignettes. 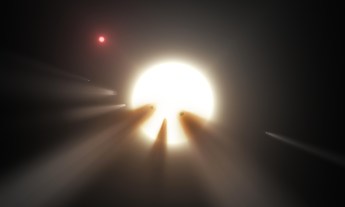