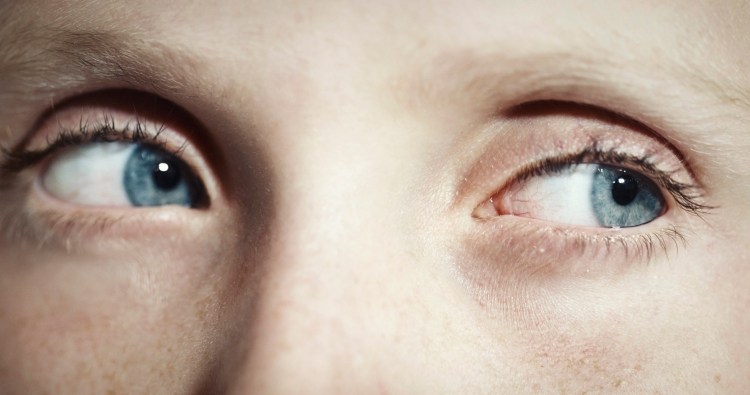 Amy Cuddy digs into what our faces and bodies do when we tell a lie.

Let me start with a question: How do you know if a person is lying? If you’re like most people, your first response will be something like “Liars don’t make eye contact.” In a survey of 2,520 adults in sixty-three countries, 70 percent of respondents gave that answer. People also tend to list other allegedly telltale signs of lying, such as fidgeting, nervousness and rambling. In an interview with the New York Times, psychologist Charles Bond, who studies deception, said the stereotype of what liars do “would be less puzzling if we had more reason to imagine that it was true.” It turns out that there’s no “Pinocchio effect,” no single nonverbal cue that will betray a liar. Judging a person’s honesty is not about identifying one stereotypical reveal, such as fidgeting or averted eyes. Rather, it’s about how well or poorly our multiple channels of communication — facial expressions, posture, movement, vocal qualities, speech — cooperate.

When we are being inauthentic — projecting a false emotion or covering a real one — our nonverbal and verbal behaviors begin to misalign. Our facial expressions don’t match the words we’re saying. Our postures are out of sync with our voices. They no longer move in harmony with each other; they disintegrate into cacophony.

This idea is not exactly new. In fact, Darwin proposed it: “A man when moderately angry, or even when enraged, may command the movements of his body, but … those muscles of the face which are least obedient to the will, will sometimes alone betray a slight and passing emotion.”

Simply put, lying — or being inauthentic — is hard work.

When people lie, they are juggling multiple narratives: what they know to be true, what they want to be true, what they are presenting as true, and all the emotions that go along with each — fear, anger, guilt, hope. All the while, they are trying to project a credible image of themselves, which suddenly becomes very, very difficult. Their beliefs and feelings are in conflict with themselves and each other. Managing all this conflict — conscious and unconscious, psychological and physiological — removes people from the moment.

Simply put, lying — or being inauthentic — is hard work. We’re telling one story while suppressing another, and as if that’s not complicated enough, most of us are experiencing psychological guilt about doing this, which we’re also trying to suppress. We just don’t have the brainpower to manage it all without letting something go — without “leaking.”

Lying and leaking go hand in hand. In fact one way to understand the classic telltale signs of lying is that they’re simply common signs of leakage. As social psychologist and deception expert Leanne ten Brinke explains: Deceptive individuals must maintain their duplicity by falsifying emotional expressions concordant with the lie, and suppressing “leakage” of their true emotions. For example, a deceptive employee must convincingly express sadness as he explains to his boss that he will need to miss work to attend his aunt’s funeral out of town, simultaneously suppressing excitement about his real plans to extend a vacation with friends.

In his popular book Telling Lies, emotions expert Paul Ekman proposes that lies inevitably leak out and that one can learn, through extensive training, how to spot these leaks by watching facial expressions and other nonverbal behaviors. He argues that we should specifically look for incongruities between what people are doing and what they’re saying.

It turns out that we are not much better than chance at accurately detecting lies, although most of us think we excel at it.

To study this, ten Brinke and her colleagues analyzed nearly 300,000 frames of video showing people who were expressing true versus false remorse for real transgressions. People expressing true remorse presented fluid emotional displays through their nonverbal and verbal behaviors. Phony remorse, on the other hand, came across as choppy and chaotic: people expressed a greater range of conflicting emotions and far more unnatural breaks and hesitations. The researchers describe these inauthentic displays as “emotionally turbulent.”

One of the most fascinating studies on the psychology of deception was conducted by Harvard psychologist Nancy Etcoff (TED Talk: Happiness and its surprises) and her colleagues. It turns out that we are not much better than chance at accurately detecting lies, although most of us think we excel at it. Etcoff hypothesized that this might be because when we are trying to spot deception, we pay too much attention to language — to the content of what a person is saying. Etcoff decided to look at a population of people who can’t attend to language: people with aphasia, a language-processing disorder that profoundly impairs the brain’s ability to comprehend words.

All participants watched a videotape of ten strangers speaking. The strangers spoke twice: in one clip, they lied, and in the other they told the truth. The aphasics, who could not effectively process the words spoken in the confessions, were significantly better than the two other groups at picking out the liars, suggesting that attending to words might, paradoxically, undermine our ability to spot lies.

Consistent with these findings, in a pair of recent experiments, ten Brinke and her colleagues showed that humans, like their nonhuman primate counterparts, are better at detecting deception through the unconscious parts of the mind. The conscious parts of the mind are, understandably, homing in on language — and being fooled by lies. These findings suggest that the more consciously we focus on the verbal cues that we believe signal inauthenticity, the less likely we are to notice the nonverbal signs that actually reveal it.

Clearly it’s much easier for us to lie with words than with the physical actions that accompany what we’re saying. On the other hand, when we’re consciously looking for signs of deception or truth, we pay too much attention to words and not enough to the nonverbal gestalt of what’s going on. We do the same when we choose how to present ourselves: we overattend to the words we’re saying, and we lose track of what the rest of our body is doing, which in itself throws us out of synchrony. When we stop trying to manage all the little details, the gestalt comes together. It works. It may seem paradoxical to suggest that we need to be aware of our bodies in order to act naturally, but, as we’ll see, the two things actually go hand in hand.

Truth reveals itself more clearly through our actions than it does through our words. As the great American dancer Martha Graham put it, “The body says what words cannot.” She also said, “The body never lies.” Certainly being inauthentic is not the same as intentionally deceiving someone, but the results look similar. Presenting an inauthentic version of yourself strikes the observer the same way as intentional deception does, thanks to your asynchronous nonverbal behaviors. The less present we are, the more poorly we perform. The two are mutually reinforcing.

In fact, we can even be tricked into losing confidence and performing poorly in front of an audience via the introduction of a false asynchrony, which researchers have tested in studies. Musicians rely heavily on synchronous auditory feedback of their own performances — hearing the music they play as they play it. When that synchrony is artificially manipulated through earphones, musicians lose confidence in their abilities and become distracted trying to understand the asynchrony, which then impairs their performance.

Presence manifests as resonant synchrony. Presence stems from believing our own stories. When we don’t believe our stories, we are inauthentic — we are deceiving, in a way, both ourselves and others. And this self-deception is, it turns out, observable to others as our confidence wanes and our verbal and nonverbal behaviors become dissonant. It’s not that people are thinking, “He’s a liar.” It’s that people are thinking, “Something feels off. I can’t completely invest my confidence in this person.” As Walt Whitman said, “We convince by our presence,” and to convince others we need to convince ourselves. 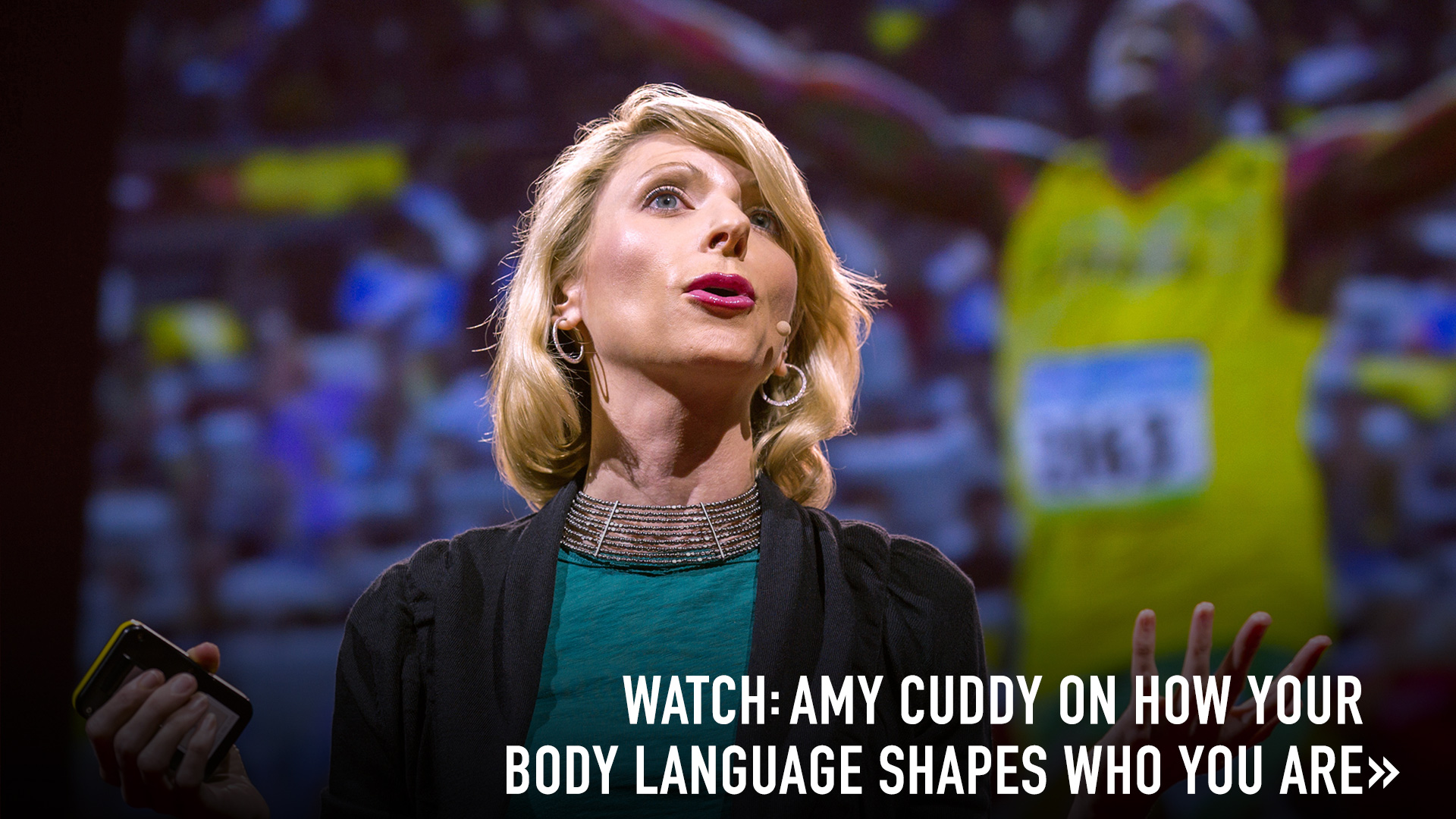 This is an edited excerpt from the book Presence by Amy Cuddy. Reprinted with permission of Little, Brown and Company.
Photo: iStock. 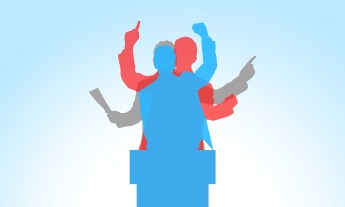 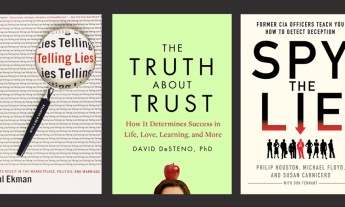 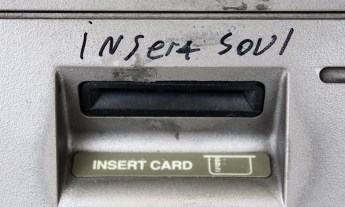 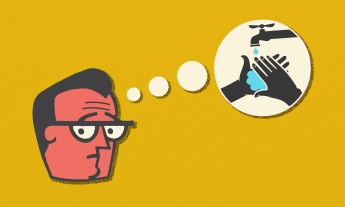