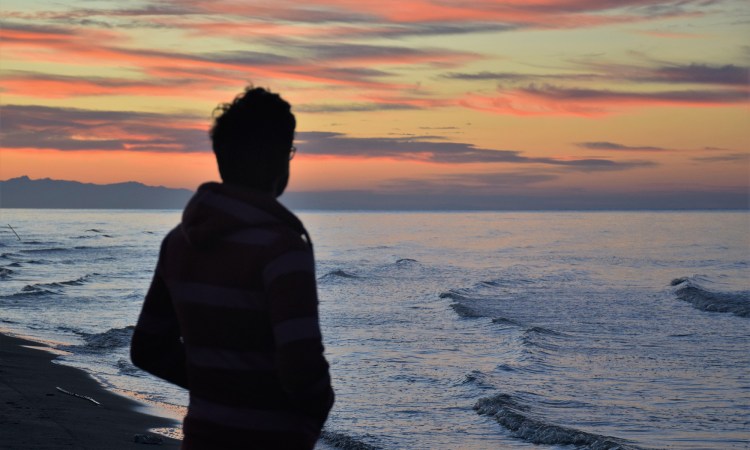 We humans love a good reset — the chance to start fresh and ride the wave of motivation that comes with shedding the old and focusing on the new. And after the wild ride of these past few years, it feels like this one is calling for something different.

This means going beyond the same-old resolutions, like drinking more water, working out and saving more money. We and the whole world have all been through a lot, and it feels like the right time to refocus on the things that really matter and think about how we could begin to create a better planet, one tiny action at a time.

Here are some ideas, each connected to a TED talk, to motivate you:

Many of us are familiar with the primary arguments for going veg: It’s better for our conscience, better for our health, better for our environment. Too often, though, it can seem like an all-or-nothing proposition, that you’re either a vegetarian or vegan or you’re a heartless meat eater, with no middle ground — but there is.

So why not try being a weekday vegetarian? “Cutting [meat] five days a week is cutting 70 percent of your meat intake,” explains journalist Graham Hill in a TED Talk. He adds, “My footprint’s smaller, I’m lessening pollution, I feel better about the animals, I’m even saving money. Best of all, I’m healthier, I know that I’m going to live longer, and I’ve even lost a little weight.”

Let’s let go of rigid, either-or thinking — in our eating habits but just maybe in all of our habits — and give up meat during the week.

2. Make sure your money lines up with your values

It’s very easy to take a “set it and forget it” approach to investing — but what if you learned you’d placed your money in a company that directly contradicted what you cared most deeply about?

As a newly minted radiation oncologist treating lung-cancer patients, Bronwyn King discovered the pension fund she was contributing towards had holdings in tobacco companies. She switched her allocations but then did something more: She and other people launched a movement towards tobacco-free investing, helping redirect billions of dollars away from tobacco companies.

Each of us can take the responsibility to know where our money is going. If you shop at local businesses, check out their websites to learn what causes they support. If you buy at big-box retailers, find out how they treat their workers, where their products come from and what their manufacturing processes are like. If you’re saving for retirement through mutual funds, make sure your investments are going into companies and businesses that are not doing harm — or even better, creating positive impacts in the world.

Have you ever cared for a loved one? Then you know exactly how hard it is. Could you imagine doing that for a stranger? That’s what nurses, nannies and home health aides do. Performed overwhelmingly by women of color, this work tends to be invisible and is taken for granted by others, including their employers.

For the last 20 years, activist Ai-jen Poo has focused on securing protections and rights for domestic laborers. “It’s so fundamental to everything else in our world,” she says in her TED Talk. “It makes it possible for all of us to go out and do what we do in the world every single day.”

Ask yourself: In your life, who are the workers who allow us “to go out and do what we do in the world every single day”?

This year, take time to remember the people who make it possible for our lives to function — the domestic workers in our homes but also the healthcare workers; the supermarket, drugstore and superstore employees; the restaurant workers; the transit and sanitation employees, the people delivering mail, groceries and supplies, and the countless other essential workers who keep us fed, supported and safe.

During the pandemic, they’ve continued to show up and do their jobs in spite of the risks and they deserve our utmost care and respect. Support better conditions for them, such as fair wages and paid sick leave; treat their health and wellbeing as if they were your friends and family members; and never forget to say “thank you”.

Most of us could stand to improve our racial literacy, which isn’t surprising given that racism is both complex and deeply rooted, interpersonal and systemic.

Activists Priya Vulchi and Winona Guo have identified two major gaps in racial literacy — there’s what they call a heart gap (“the inability to understand each of our experiences, to fiercely and unapologetically be compassionate beyond lip service”) and a mind gap (“an inability to understand the larger, systemic ways in which racism operates”).

To address the heart gap, accept that racism exists in your interpersonal relationships — regardless of your good intentions — due to unconscious biases. So make an effort to connect with people from different backgrounds and with different life experiences. Learn about their culture, language, history. Not only will this work to erode your preconceptions, but it will also expand your understanding of life and people in the best possible way.

To tackle the mind gap, educate yourself about the systems, laws and historical racism that continue to affect and harm your friends, neighbors and coworkers, as well as yourself. “Love one another,” says Vulchi and Guo. “We need to all work together to create a new community, a new shared culture of mutual suffering and celebration.”

5. Do your part to deconstruct racism

In addition to doing what we can to increase our racial literacy, we also need to undo the thinking that contributes to prejudice. Many of us who consider ourselves to be open-minded and progressive may still be carrying around latent bias.

Case in point: When white people see Black people doing normal, everyday things — and report that behavior as criminal. Remember Central Park Karen? The NYC dog owner called the police on a Black birdwatcher after he told her that her dog legally needed to be on its leash.

Unfortunately, that wasn’t an isolated situation; these episodes happen all the time, as writer and comedian Baratunde Thurston detailed in his TED Talk. As he explains, “the subject is usually white, the target is usually Black, and the activities are anything from sitting in a Starbucks to using the wrong type of barbecue to napping to walking ‘agitated’ on the way to work.”

The next time you see a headline like “Black person questioned or arrested by police for doing X”, don’t leap to judgement. Question what’s going on and find out the full story. Stop consuming media sources that traffic in negative stereotypes and narratives, and if friends, family members or coworkers share distorted accounts without any context, kindly set them straight.

6. Engage in a different mentoring relationship

At our jobs — especially if we’ve been there for a while — we can fall into grooves and stick to the tried-and-true ways of getting work done. While relying on institutional knowledge and procedures can be helpful, depending on them can be stifling and prevent fresh ideas from newer employees from being green-lit.

Enter the “reverse mentorship,” which pairs older or more senior mentees with younger or more junior mentors, who are frequently from minority groups. Patrice Gordon was in Virgin Atlantic’s first-ever reverse mentorship program. As a junior employee, she mentored the CEO. In a TED original video, Gordon — now an executive coach — says, “Studies have shown that when organizations embrace reverse mentoring members of those underrepresented groups feel more confident in sharing their perspectives.”

If your workplace doesn’t have a reverse mentorship program, start one. In the meantime, try doing something like this on your own by expanding your professional circle. If you’re young, partner with a more seasoned colleague, or if you’re in engineering or accounting, find someone who’s in a creative department. You’ll both benefit.

7. Talk to transgender people with sensitivity

Educating others is work, and we shouldn’t expect people — particularly people in underrepresented groups — to do it for us. But when they are generous enough to do so, we should take their instruction as a gift and build on it.

In a TED Talk, storyteller and activist Jackson Bird offers what he calls a “starter pack of trans knowledge” with basics on what and what not to say to members of the transgender community. For example, “there’s no distinct point in physical transition at which a trans person becomes their true gender,” he explains. “As soon as they tell you their new name and pronouns, that’s when you start using them.”

After we familiarize ourselves with the basics, our next step is to just talk to the trans folks in our lives and not let ourselves get paralyzed by fear about making mistakes (which will happen — we’re only human). In a TED original video, writer Micah Eames offers this helpful advice to would-be allies: “Listen with an open heart and an empathetic ear.”

8. Value the water you use every day

The very real impact of climate change has been brought home this year — across the globe, wildfires raged, temperatures soared to new heights, and a record number of storms pummelled coastlines.

Water has been a necessity to weather these events — and to survive — but many of us in the developed world view it as an abundant afterthought, a commodity that will always be there to replenish us.

But the truth is: Many parts of the world are on the verge of severe drought. “Nearly two billion people live in countries experiencing high water stress,” says water scholar and protector Kelsey Leonard in a TED Talk. “It is also estimated that by 2030, up to 700 million people could be displaced worldwide due to water scarcity.”

In recent years, legal personhood has been granted to bodies of water, such as the Whanganui River in New Zealand and the Ganges River in India. So let’s love our earth and its natural resources like we love our bestie, our GMa, our four-legged friends, our favorite authors and all those beings we hold closely in our hearts — and defend it with that same passion and energy.

“Go to the water closest to your home, and find out why it is threatened,” suggests Leonard. “But most of all, if you do anything, I ask that you make a promise to yourself, that each day, you will ask, “What have I done for water today?” 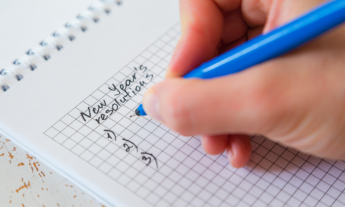 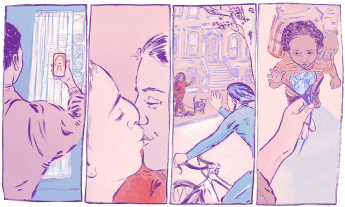 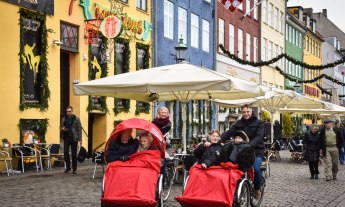