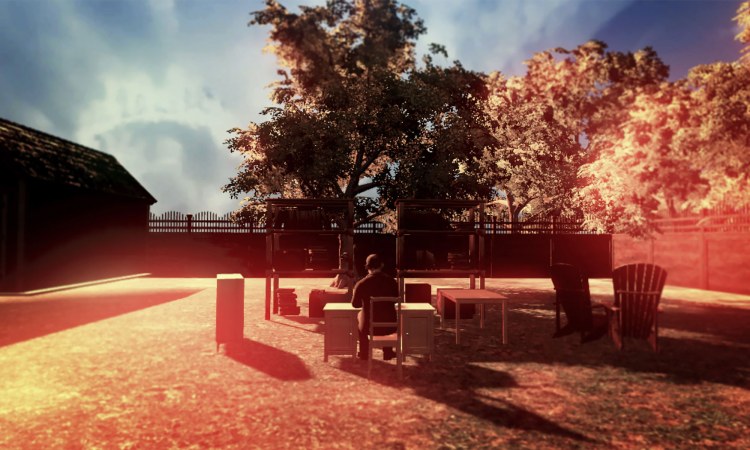 “What happens to your digital presence after you die?” Only a short while ago, no one had to consider what would become of the long trail of personal data we leave all over the internet. Now, artist and TED Fellow Gabriel Barcia-Colombo (TED Talk: Capturing memories in video art) is using this data as raw material to generate high-tech memorials that bring back to life those we’ve lost – and spark a conversation about our virtual lives and death. With a grant from Art and Technology Lab at the Los Angeles County Museum of Art (LACMA), and working with what he calls “an artistic X-Men,” Barcia-Colombo created the Hereafter Institute, a fictional, futuristic funeral home that offers clients consultations for various high-tech options for leaving a digital legacy – from video lockets to vinyl pressings to data-driven custom funerals. Take a peek at what’s on offer.

Because who needs a stone monument? Barcia-Colombo has built a replacement for the standard tombstone: a four-foot-tall black structure with a record player on top. Using real Facebook profiles of people who have passed on — volunteered to the project by their family members — he encodes all the text from timelines into audio tones, pressing them into vinyl records. When played, the timeline’s text scrolls on a screen on the structure’s surface while a unique piece of music, constituted from the encoded data, plays. Barcia-Colombo worked with creative technologist Pedro G. C. Oliveira to write custom code that makes audio tones based on the data, creating a unique song for each person. “This piece is about making data more physical,” says Barcia-Colombo. “What happens when Facebook is no longer our cultural hub? If it goes away, we lose the records of people’s lives. This is a way of making that life tangible again.”

Barcia-Colombo updated the Victorian-era mourning locket (which might house such mementos as a photograph or a lock of hair) to create a digital video locket: a custom-made necklace with a built-in screen that plays, at random, video clips of the deceased. “I think of it as a wearable memory machine,” he says. When you turn the locket on, it selects a video clip that’s been directly encoded into the piece. “The video quality will be different based on when the person passed away,” he says. “While someone who died recently might be captured in high-definition video, the majority of footage of deceased loved ones is stored on legacy formats, such as VHS or Super 8 film.” Embedding these images in a necklace makes these locked-away memories accessible.

What about meeting loved ones face to face? The Hereafter Institute offers virtual reality reconstructions, based on photographs and videos, that let family members greet deceased loved ones reconstructed as 3D characters, and hear audio recordings of people recounting memories of them. “I wanted it to be very much an experience of stepping into a memory,” says Barcia-Colombo. Once he’s created a 3D model of the deceased, he asks their family to offer a memory of that person, from which he creates a virtual scene. “You enter a waiting room and see a door with names of people around it. Staring at a name selects it, and the door opens. Your deceased loved one is on the other side of the doorway, and you end up in a scene with that person for a brief moment,” he describes.

For two days at the end of August, the Hereafter Institute sprang to life for a live performance at LACMA directed by theater director Benita de Wit. Participants found themselves ushered into the Hereafter Institute itself, and were offered a consultation with a Hereafter Institute representative, who walked them through the various memorial options. Then they got a surprise: “At the end of the process, each visitor ended up in a room alone, where they attended their own funeral, created entirely from their Facebook feed data,” Barcia-Colombo says. The response? “Some people got very emotional and wanted to have a further conversation afterwards. One person said that attending their own digital wake was ‘jarring,’ and that it was a good reminder that what we post online remains forever. To quote them: ‘The material referenced included things I’d long forgotten posting. It was unnerving to realize that even people who know you only know you up to the last point they’ve seen you. Social media expands that portrait, but its limits are myriad.’”

Given the very real needs the Hereafter Institute seems to serve, could it become a viable company? Barcia-Colombo laughs at the thought: “The data that we’ve been using is real, but right now, the Hereafter Institute is just a performance, an art piece.” Nonetheless, he acknowledges that it serves a useful purpose. “In our culture, we hide death away. We don’t want to talk about it or think about it,” he says. “I’m hoping the Hereafter Institute will start a discussion about death, make us think about the ever-present role of technology in planning future memorials and rituals — and how we want to be remembered.” 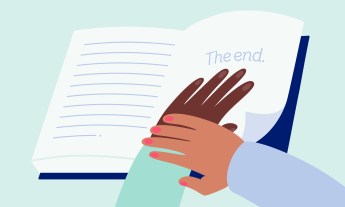 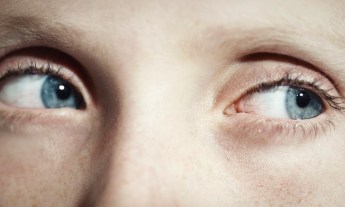