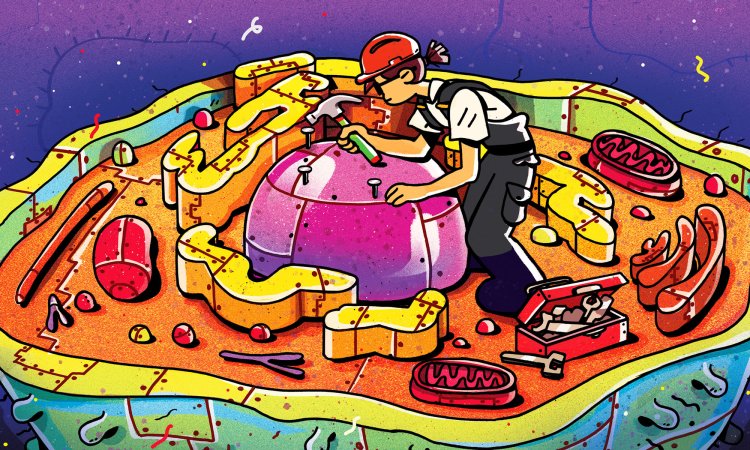 A synthetic biologist has created artificial cells that can “talk” to natural cells — but are they really alive?

How does one go about building a living cell from non-living components? And how will we know if we’ve succeeded — or even if we’re headed in the right direction? These are some of the questions that synthetic biologist Sheref Mansy, a TED Fellow, has been striving to answer at the Mansy Lab at the University of Trento in Italy. For the past six years, Mansy (TEDxUnTN Talk: Imitating cellular life) has been trying to make artificial cells that can interact with natural cells. His team recently achieved a notable success: their partially artificial cells can “hear” molecules naturally released from bacteria, and they can also synthesize and send molecules back in reply. Here, Mansy explains the science behind the breakthrough and discusses the potential implications.

The first challenge in trying to create a living cell is a doozy, since scientists haven’t settled on a universally agreed upon definition for life. “There are two common ways to view life: one is as a self-replicating system and the other is often referred to as autopoiesis, which essentially means the ability to persist over time,” says Mansy. “And the so-called NASA working definition of life says it is a self-sustained chemical system capable of Darwinian evolution, which sort of combines the two approaches.”

Mansy’s lab, however, has focused on building artificial cells that display another feature associated with life: communication. “All living things communicate in order to increase their chance of survival,” he says. “Communication is a good standard for evaluating ‘aliveness,’ because artificial cells can be subjected to a test that measures this ability.”

All living things can communicate chemically with one another. “If we can build artificial cells that can sense the molecules naturally secreted from living cells and then synthesize a chemical message to go back to the natural cells, we can observe whether our artificials are lifelike enough to trick the natural cells into thinking that they are talking to a natural cell,” Mansy says.

Start by building your artificial cells. What exactly does it take to make one? “We take non-living component pieces and put them together into something that displays the properties of life,” says Mansy. “Using lipids, or fat molecules, we make microscopic containers called vesicles. Inside the containers we put synthetic pieces of DNA, along with a mixture of molecules extracted from bacteria to ‘power’ the system. The activity of our artificial cells is encoded in the synthetic DNA.”

Artificial cells can be used to act as communication intermediaries — or blockers. While trying to get natural and artificial cells to talk to each other, Mansy’s team developed partially artificial cells that could mediate communication between two bacteria that don’t speak the same chemical language. “They can ‘hear’ chemical messages from one bacteria, and in response they can synthesize and release a ‘translated’ message that the other bacteria can understand, thereby creating a new communication path that doesn’t exist in nature,” says Mansy. “Considering the many kinds of cells there are in a human body, there are likely many possibilities for manipulating biology by mediating new communication paths.”

Using his cellular Turing test, Mansy can now quantify how lifelike his lab’s artificial cells are, an essential metric for creating artificial life. Under carefully controlled conditions, Mansy’s team has even been able to attach a number to how lifelike their artificial cells are by comparing them to living specimens of Aliivibrio fischeri. “We never say 39 percent alive, because that’s a bit crazy, but we can say our cells are 39 percent Aliivibrio fischeri–like,” says Mansy. “That’s what we’re comparing them against, under well-defined laboratory conditions.”

“What makes me so excited about this work is that it gives, for the first time, an ability to put a number on how lifelike our cells are,” he adds. “In the past, it’s always been a bit ambiguous. Saying that something looks ‘kind of alive’ is not only less than ideal scientifically, but it also doesn’t help us know if we are getting closer to the goal. Regardless of what 39 percent really represents, at least we now have a metric. Now we can ask, every time we make another artificial cell, ‘Are we getting closer to building a living cell from scratch?’” 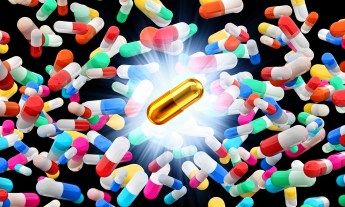