Why do humans often want to create a world of “us” vs. “them”? And what can we do about this unhelpful, often damaging, yet somehow reassuring instinct? Psychiatrist Robert Waldinger has some useful advice.

Remember the thrill of building walls as a kid? Forts made from snow, or a giant cardboard box. Burying ourselves in blankets and pillows. Walling ourselves off from our enemies — real or imagined — to fight heroic battles until it was time for dinner.

Even as adults, we swear undying loyalty to our local sports teams and hate their rivals. While the athletes themselves flit from one team to another in search of bigger contracts, we’re sure our home team is special. We’re passionate, sometimes to the point of violence, even though we know it’s only a game.

We make artificial divisions everywhere: Democrats and Republicans, black and white, millennials and baby boomers. Even those of us who are against building walls find ourselves pointing accusing fingers at those wall-builders.

Being human means there’s a wall-builder in each of us. Our minds naturally divide the world into me and not-me, us and them. For thousands of years, our sages have taught that we’re all one, yet we still divide wherever we look.

Why are we this way, what are the costs of being like this — and what, if anything, can we do about it?

Why are we this way?

We evolved this way. Sebastian Junger points out that we evolved as a species to survive in harsh environments. For thousands of years, our ability to band together against a common enemy (weather, wild beasts, other tribes) was life-saving. Those who were most inclined to join forces were more likely to survive and pass along their genes. Facing a common danger makes us feel close and cooperative. In fact, it can be so exhilarating that many soldiers actually miss combat when they come home.

Knowing who we are makes us feel secure. As we grow up, we’re constantly defining ourselves. In my case: Caucasian, male, born in Iowa, live in Boston, Zen Buddhist, good at learning languages. With countless labels, I build up this creation I call my self. Psychologist Erik Erikson wrote, “there is no feeling of being alive without a sense of identity.” It’s easy to ignore things I don’t like about myself and even easier to locate those qualities in others. (“I’m fine, but those people over there are the ones who are weak/lazy/ignorant.”)

(False) certainty about others is reassuring. Putting labels on entire groups of people makes things much simpler. If all New Yorkers are pushy, or all politicians are dishonest, we don’t have to do the hard work of figuring out who’s who. George Orwell, whose book 1984 depicts this with terrifying accuracy, defined nationalism as “the habit of assuming that human beings can be classified like insects and that whole blocks of millions or tens of millions of people can be confidently labeled ‘good’ or ‘bad.”‘

What are the costs of walling ourselves off?

Once we slap a label on others, we don’t bother to look more closely, and our fears grow. With social mixers like the military draft long disappeared, and news media like Fox and MSNBC growing ever more partisan, it’s easy to restrict ourselves — without even realizing it — to people like us and to views we agree with. The result is that we’re mystified by the beliefs of those on the other side of social and economic divides: “those Trump supporters”; “those Hillary supporters”; “those Brexit voters.” Our fears about others increase, with no chance to see how much of our basic humanness we share.

We are actually less safe. Labeling entire groups of people as good guys or bad guys is dangerous, because we end up accidentally putting white hats on bad guys and black hats on good guys. If all Muslims are terrorists, we don’t pay attention to exactly who it is who’s heading toward extremism — whether Muslim, Christian, vegan, or carnivore. And calling millions of people terrorists pushes them away just when we need them most.

We waste precious resources. Trying to wall ourselves off from entire groups of people is exhausting and inefficient. We’ve spent a trillion dollars protecting the United States since 9/11, and Steven Brill notes that we are arguably no safer than we were 15 years ago.

Help! What can we do about this?

Embrace our inner wall-builder. The more we know about our own impulses to find enemies, the sooner we’ll recognize it when people are trying to manipulate us for their selfish ends.

Give our wall-builder a place to play. Whether it’s barricading ourselves off in snow forts or rooting for the Red Sox, we can channel the urge to find heroes and enemies into healthy competition.

Choose our real-life villains wisely. We can target bad actors and real social problems, instead of indulging in the dangerous temptation to paint whole groups of people with the same tarring brush. This means targeting terrorists, not Muslims. Poverty, not poor people. Brutality and racism, not police officers.

Find ways to know the people who seem alien. This may be the hardest task. Immediately following the Brexit vote, Oxford professor Alexander Betts gave a talk in which he showed a map of Britain highlighting all the counties that voted in favor of leaving the European Union. He realized he’d spent less than four days of his life in any of the top 50 of those counties, pointing out how little he knew about the people who were on the other side of a growing social and economic chasm. Robert Putnam writes about a similar class divide in America.

Perhaps we need something like the great social mixer we experienced during WWII — not war, but a kind of universal national service where young women and men from all corners of society work together to fight real common enemies like homelessness, poverty, illiteracy — and in the process get to know the best of our shared humanness.

There is tremendous energy behind our dissatisfaction and desire for change. Energy we can harness in ways that either make us feel more isolated and afraid, or make us feel more connected and engaged. We have the freedom to choose. And our choices could not matter more. 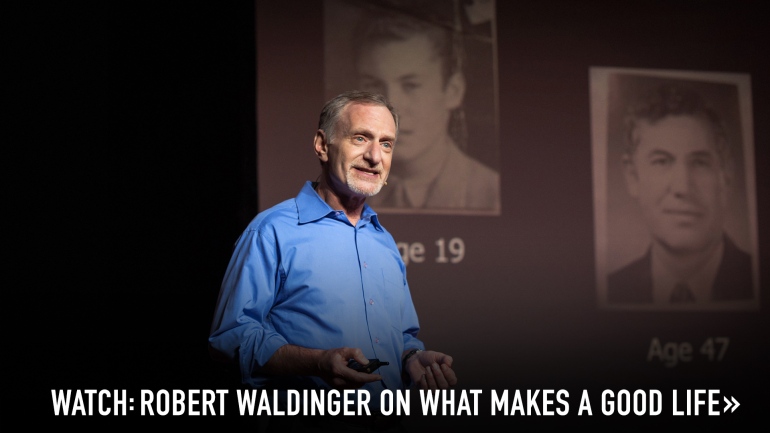 Robert Waldinger is a psychiatrist, psychoanalyst and Zen priest. He is Clinical Professor of Psychiatry at Harvard Medical School and directs the Harvard Study of Adult Development, one of the longest-running studies of adult life ever done. 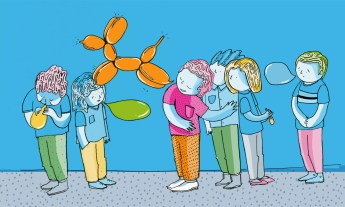