Can you guess someone’s political party based on their name? And other psych quizzes 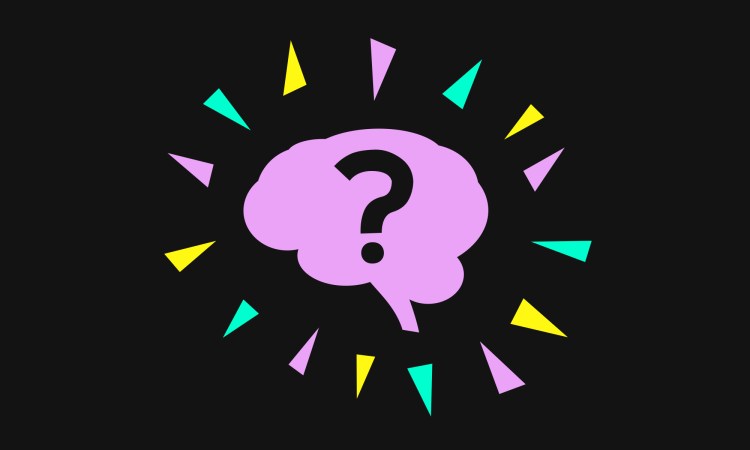 Can you guess someone’s political party based on their name? Can you guess how well someone fights just by looking at his face? In my book, Psy-Q, I explore these and other questions through quizzes, puzzles and experiments that are designed to improve your understanding of both your own psychology and psychology in general. Try these three questions to test your own knowledge.

You might imagine that parents name their children after particular Democrat or Republican heroes or celebrities, and try to think up examples of each among the names listed. But this doesn’t work very well, as most parents don’t name their kids after other people (and certainly not after politicians) but just go for names that they like the sound of.

Here lies the clue: Republicans and Democrats like different sounds.

Interestingly, the “Republican” sounds F, OH, K and W are more common in boys’ than girls’ names (the authors of the study got hold of a list of all the common names in the United States and counted up instances of the sounds in each). The “Democrat” sounds L, AYE, S and TH are more common in girls’ than boys’ names. (Sounds that are not mentioned here turn up roughly equally often in boys’ and girls’ names, and so are not predictive of parental politics.) We can only speculate as to why Democrats are more likely to choose feminine-sounding names than Republicans and vice versa, though of course all those usual stereotypes about tough conservatives and soft liberals come quickly to mind.

Once you know this, it’s fun to speculate about all kinds of celebrities. For example, did Kurt Cobain have Republican parents (his father did force him to join the wrestling team)? Did Katy Perry (her parents were preachers)? Is a William who – like Oasis singer Liam Gallagher – chooses to be a Liam (a Democrat name) rather than a Will or a Bill (both Republican names) making a statement (and, if so, is Bill Clinton the exception)?

Let’s not get carried away, though. As the authors of this study point out, there are many other factors that have a much bigger influence on naming decisions, particularly ethnic, religious and family traditions. Then again, this only makes it all the more remarkable that a correlation with political leanings shines through regardless.

OK, so you can predict some interesting things about people from their names, but what about their faces? Can you tell, for example, who would be handy in a fight?

Imagine you’re a mixed martial arts fighter and have to choose your next opponent from the five contenders shown below. Please pick the one who you think you’re most likely to beat (or — more realistically — who will hurt you the least).

I hope that you picked Fighter A, who has the least aggressive-looking face. For your own sake, I’m praying that you didn’t pick Fighter C.

These are the faces from least to most aggressive:

Actually, no. A group of researchers asked participants to rate fighter photographs (original photos, not like the above, which are composites*) for aggressiveness. These ratings significantly predicted the proportion of fights won by each fighter. In fact, a related study found that fighters who smile in their weigh-in photos are more likely to lose, presumably because, from an evolutionary perspective, a smile is a sign of weakness and submission. So it’s not just a cliché: people who look like tough fighters generally are. The evolutionary benefits of being able to figure out who looks like they’d be handy in a fight are obvious. What is less obvious is exactly how we make these judgments.

The researchers found that the more aggressive-looking — and more successful — fighters generally had larger noses, deep-set eyes and prominent eyebrows. Though, from looking at the photos above, it is clear that the most obvious difference is a wider face. Many other studies have shown that men with wider faces, relative to face height, are more aggressive in both real-life settings — one study looked at hockey matches — and laboratory experiments. For example, in money-earning games, men with wider faces frequently press a button that deducts money from a (fictitious) opponent, at no benefit to themselves. But it’s not just trivial things like hockey and tiny sums of money; face-width can literally be a matter of life and death. One study found that men with wider faces were less likely to stabbed, strangled or bludgeoned to death (this finding — like all of those discussed in this question — applies only to men, and not women).

So we can tell a lot about people from their names and faces but not, surely, the way they compose emails. Can we?

Below are two emails. One was written by a person with high social status (e.g. a company boss or professor), the other by someone with lower status (e.g. an employee or student). Which is which?

The first email is from a person with lower status.

Here’s a the clue: the “I”s have it. You might think that high-status people are more self-important and so use “I” more often. Actually, a study of emails sent between professors and students at the University of Texas found that the opposite was true. (Download the study to learn more.) It was the students who tended to use “I” in their emails much more frequently than the professors.

The reason for this apparently paradoxical finding seems to be that people who feel insecure and self-aware are more focused on their own thoughts (“I was wondering”), behavior (“I will have to leave”), situations (“I have another appointment”) and feelings (it would have given the game away too much here, but — in real life — many students start their emails with “I’m sorry to bother you … “). In fact, people who are suffering from depression also show increased use of “I.”

Similar findings were observed when the researchers looked at letters sent between Iraqi soldiers of different ranks, or even when they randomly allocated “leader” status to one member of a pair of students having a “getting-to-know-you” chit-chat. Yes, even though the “low status” assigned to the non-leaders was transparently arbitrary, these participants still felt sufficiently self-conscious to increase their rate of “I” use, as compared with the leaders.

Ben Ambridge is professor of psychology at the University of Liverpool and the ESRC International Centre for Language and Communicative Development (LuCiD). His first book, "Psy-Q: You Know Your IQ – Now Test Your Psychological Intelligence," has been translated into 15 language. Ambridge writes on psychology for The Guardian/ Observer and The Big Issue. 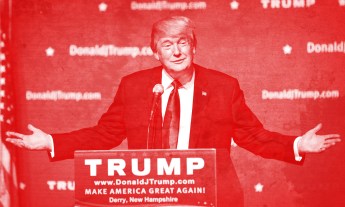 Opinion: How the GOP scammed its voters ... and created Trump