Disasters and crises bring out the best in us 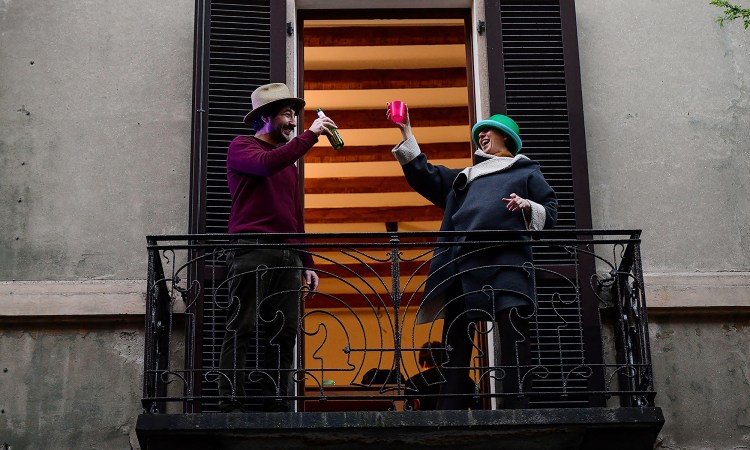 Disasters and crises bring out the best in us. This simple fact is confirmed by more solid evidence than almost any other scientific insight, but we often forget. Now more than ever, in the middle of a pandemic, it’s crucial to remember this.

Sure, our news feeds are flooded with cynical stories and comments. A report on armed men stealing rolls of toilet paper in Hong Kong, or one about the Australian women who got into a fistfight in a Sydney supermarket.

In moments like these, it’s tempting to conclude that most people are selfish and egotistical.

But nothing could be further from the truth. For every antisocial jerk out there, there are thousands of doctors, cleaners and nurses working around the clock on our behalf. For every panicky hoarder shoving entire supermarket shelves into their cart, there are 10,000 people doing their best to prevent the virus from spreading further. In actual fact, we’re now seeing reports from China and Italy about how the crisis is bringing people closer together.

“We’ve learned how to accept help from others,” writes a woman living in Wuhan. “Because of this quarantine, we have bonded with and supported each other in ways that I’ve never experienced in nine years of living here.”

Millions of Chinese people are encouraging each other to stand strong, using the expression “jiayou” (“don’t give up”). YouTube videos show people in Wuhan singing from the windows of their homes, joined by numerous neighbours nearby, their voices rising in chorus and echoing amongst the soaring towers of Chinese cities.

In Siena and Naples, both on complete lockdown, people are singing together from the balconies of their homes. Children in Italy are writing “andrà tutto bene” (“everything will be all right”) on streets and walls, while countless neighbors are helping each other. (Editor’s note: The above photo shows people in Milan cheering on a flash mob from their balcony while home in quarantine.)

Last week, an Italian journalist told the Guardian about what he had witnessed with his own eyes: “After a moment of panic in the population, there is now a new solidarity. In my community the drugstores bring groceries to people’s homes, and there is a group of volunteers that visit houses of people over 65.”

A tour guide from Venice notes: “It’s human to be scared, but I don’t see panicking, nor acts of selfishness.”

The words “andrà tutto bene” – everything will be all right – were first used by a few mothers from the province of Puglia, who posted the slogan on Facebook. From there, it spread across the country, going viral almost as fast as the pandemic. The coronavirus isn’t the only contagion – kindness, hope and charity are spreading too.

Disaster causes a surge in solidarity

The surge in solidarity that we’re seeing will come as no surprise to most sociologists. The current situation has obvious similarities to the human response to natural disasters, which has been researched extensively for decades. News reports following a natural disaster are almost always dominated by stories of looting and violence, but in many cases such stories turn out to be unfounded speculations based on rumour. Since 1963, the University of Delaware’s Disaster Research Center has conducted nearly 700 field studies on floods and earthquakes, and on-site research reveals the same results every time: the vast majority of people stay calm and help each other. “Whatever the extent of the looting,” one sociologist notes, “it always pales in significance to the widespread altruism that leads to free and massive giving and sharing of goods and services.”’

Yes, panic can happen, and some people may start hoarding. But a British social psychologist notes that “we’re much more likely to see prosocial behaviors across multiple types of disasters and extreme events”.

That truth echoes back across the ages. According to an eyewitness account, when the Titanic went down, there was “no indication of panic or hysteria; no cries of fear, and no running to and fro.”

When the Twin Towers burned on September 11, 2001, thousands of people patiently trudged down all those flights of stairs. “And people would actually [say]: ‘No, no, you first’,” one of the survivors reminisced later. “I couldn’t believe it, that at this point people would actually say, ‘No, no, please take my place.’ It was uncanny.’”

Overhauling our assumptions of human nature

Believing these eyewitness accounts can be difficult. But that’s due mostly because of the cynical portrayal of human nature that’s taken centre stage in recent decades. For years and years, the worst aspects of humanity have dominated the discourse.

“The point is, ladies and gentleman,” said Gordon Gekko, the main character in the 1987 film Wall Street, “that greed, for lack of a better word, is good. […] Greed clarifies, cuts through, and captures the essence of the evolutionary spirit.”

Year after year, politicians have drafted huge piles of legislation on the assumption that most people are not good. And we know the consequences of that policy: inequality, loneliness and mistrust.

Despite all that, something extraordinary has happened in the last 20 years. Scientists all over the world, working in many different fields, have adopted a more hopeful view of human nature. “Too many economists and politicians model society on the constant struggle that they believe reigns supreme in nature, but that belief is based solely on projection,” writes prominent Dutch primatologist Frans de Waal. “Our assumptions about human nature are in dire need of a complete overhaul.”

Distancing ourselves to embrace each other more warmly

Nothing is certain, but this crisis may well help us in that process. We may see a dawning awareness of dependence, community and solidarity. “I don’t know what you’re seeing,” a Dutch psychiatrist and mother tweeted, “but I’m seeing people wanting to help all over the place. By following official recommendations, or something practical like doing someone’s grocery shopping … ”

My German book editor told me about a note that had been posted in an apartment building:
“Dear neighbours. If you’re over 65 and your immune system is weak, I’d like to help you. Since I’m not in the risk group, I can help you in the coming weeks by doing chores or running errands. If you need help, leave a message by the door with your phone number. Together, we can make it through anything. You’re not alone!”

As a species of animal that evolved to make connections and work together, it feels strange to suppress our desire for contact. People enjoy touching each other, and find joy in seeing each other in person – but now we have to keep our physical distance.

Still, I believe we can grow closer in the end, finding each other in this crisis. As Giuseppe Conte, the Italian prime minister, recently said: “Let’s distance ourselves from each other today so that we can embrace each other more warmly […] tomorrow.”

Translated from Dutch by Joy Phillips.

This article originally appeared on TheCorrespondent.com. 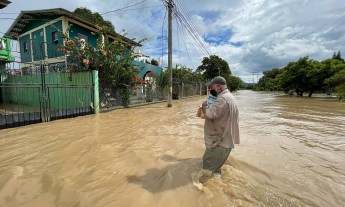 In 2020, this organization has fed people through hurricanes, wildfires, an explosion and the pandemic. Here's how 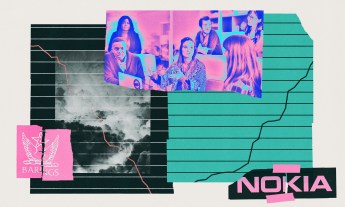