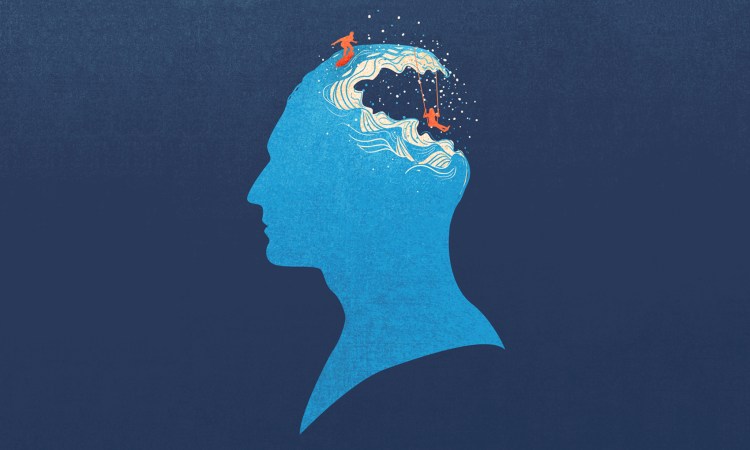 Many of us believe there are two driving forces behind the person known as “you”: nature and nurture. But, according to personality and motivational psychologist Brian R. Little, there’s a third: projects.

There are two ways in which you can think about your personality. The first is in terms of the personality attributes that you have, or your openness to experience, conscientiousness, extraversion, agreeability and neuroticism (what I call the Big Five personality traits). The second is in terms of what you do, or your personal projects: for example, “get over my social anxiety,” “deliver an awesome pitch in my sales meeting,” or “stop procrastinating.” By studying our personal projects, the “doings” of daily lives, we can get a different perspective and greater scope to reflect on our lives than the study of our “havings” alone.

What you do affects who you are. That’s because personal projects are all about the future — they point us forward, guiding us along routes that might be short and jerky, or long and smooth. By tracing their route, we can map the most intimate of terrains: ourselves. Most thrilling is that we can learn to adjust our trajectories, riding over the rough patches and extending the smooth stretches to make our endeavors more effective. In this way, projects help define us by shaping our capacity for a flourishing life. In a sense, as go your projects, so goes your life.

An important clarification: personal projects are not limited only to formal projects that are required of us, such as getting Mom into a good nursing home. They are also, crucially, acts we gladly choose. Toddlers are pursuing projects when they toddle, and so are lovers when they love. Personal projects can also be fairly trivial pursuits, like taking the dog — or the cat that thinks it’s a dog — for a walk. But they can also represent the highest reaches of human aspiration and acts of courage, like Rosa Parks choosing not to move to the back of the bus.

Take a moment to conduct an inventory of your own projects. For ten minutes, list the various projects you are pursuing at present. Don’t agonize over what to write down — it will probably be a mixture of trivial pursuits and magnificent obsessions. The content 0f this type of assessment, which I call a Personal Projects Analysis (PPA), can be very revealing. My colleagues and I have now studied the PPAs of thousands of individuals, and we’ve identified several major types of content. Here are the most frequent categories of projects that adults engage in (with the most frequent first), together with examples:

Interpersonal: Have dinner with the woman in the floppy hat.

Intrapersonal: Try to deal with my sadness.

Although relatively infrequent, intrapersonal projects are especially interesting and important. These are projects focused on the self, such as “try to be less socially anxious” or “become a better listener.” Are they good or bad for us? On the downside, such projects are known to be linked with feelings of depression and vulnerability. If you have projects of this sort, you may find that you get into a kind of ruminative loop where you can’t make progress — you overthink the change you feel you need to make and over-scrutinize your (lack of) progress. But on the upside, we also have evidence that engaging in intrapersonal projects can be associated with aspects of creativity and openness to experience. Why, on the one hand, is a self-change project associated with negative emotions and vulnerability, and on the other, seen as a creative adventure? It is likely due to the origin of the self-focused project.

So if you listed an intrapersonal project or projects, ask yourself: who instigated it? If they spring from your own vision of a possible self, you are likely to feel better while pursuing them, and those projects are ultimately more likely to succeed. Those initiated by others might be willingly undertaken, but if forced or coerced, they may be nonstarters. There is now a significant body of research that shows “intrinsically regulated” project pursuit will be more successful and lead to greater well-being than “externally regulated” pursuit.

The greatest value in thinking of personality as “doing projects” rather than “having traits” is in three powerful words: potential for change. We can consciously choose and adapt our projects in ways that we cannot change our traits. But that doesn’t mean we can leave our traits back on shore, speeding freely across the water toward a self shaped by projects alone. Our projects and our traits are connected. Our research shows that where you stand on the Big Five trait dimensions (to recap, those are openness to experience, conscientiousness, extraversion, agreeability and neuroticism) affects your appraisal of your personal projects. And this has practical implications for which projects you undertake and how challenging they are for you. For instance, neurotic people have a generalized sense of negative emotions and so are much more likely to appraise all their projects, whether they are interpersonal or academic or work-related, as stressful. If this describes you, there is one practical implication you should know. Make a space in your life for projects that you find uplifting. These needn’t be major projects; indeed, it is better if you have frequent engagement with smaller-scale projects that give you a sense of pleasure. Your natural tendency to see the downside of the larger endeavors of life can be offset by frequent, intense experience with the little things.

Personality traits are certainly a strong predictor of happiness, but projects can trump traits when it comes to well-being. For example, a disagreeable introvert is not necessarily constrained to a life of unhappiness. She might engage passionately in writing a politically charged blog. It brings her deep pleasure both because of its intrinsic meaning but also because she loves making others squirm. This should give you some hope that you are not the victim of the traits with which you entered this world. Your deeds speak louder than your dispositions.

Let’s say, however, that what you wish to do goes against your natural grain. Maybe you are a biogenically agreeable sort, averse to conflict in any form, who nonetheless loves mysteries and dreams of being a hard-boiled detective. Or you’re a natural introvert with a chance to work as a sales representative, a job that requires you to be an over-the-top extravert. Or a highly conscientious, regimented planner who wants to become more improvisational to connect with your free-spirited child. Are you confined only to projects that suit your inborn traits? Not necessarily. In fact, one of the things that makes you so intriguing is your ability to sometimes act “out of character.”

This capacity for shape-shifting is a startling and fascinating aspect of our personalities. The reason we often take on new traits is to more effectively pursue our personal projects. This is how what you do can remake who you are — and it’s a revelation that turns previous ideas about human personality on their heads. How exactly does this work? Sometimes we want things that require us to stretch ourselves to achieve them. An agreeable person may act disagreeably to book an urgent appointment with an in-demand physician, or a biogenically anxious person may appear poised and unruffled when first meeting her in-laws. These people are engaged in what I call “free traits,” and they are doing so to more successfully pursue a personal project. Free traits may “trick” others into thinking that you are, say, agreeable when in fact you are a biogenically disagreeable person. Or stable when you are highly neurotic. So when we meet and I begin to form my impressions of you, is what I see displayed who you are, really? Is your behavior a trick or a trait? Perhaps neither — it could be a free trait.

Consider having a job as a flight attendant or a debt collector. Each has an associated personal style that may or may not align with the biogenic personalities of those who work those jobs. A grumpy, taciturn, impatient flight attendant isn’t going to last, nor is a sweet, engaging and forgiving bill collector. But a person who is not biogenically suited to a certain role may still desire to fill it. To survive in their fields, they become site-specific free-trait adopters. At first this can be difficult, but during the course of developing their occupations, they practice again and again until it becomes more natural. Though seasoned travelers might be able to spot them, pseudo-hospitable flight attendants are generally able to pass. Their professional roles matter to them.

If we practice such free traits often enough, they can creep into our personalities in more pervasive and permanent ways. “I pretended to be somebody I wanted to be and I finally became that person. Or he became me. Or we met at some point.” This quote, by Archibald Leach, perfectly demonstrates the power of using free traits to shape who you are. Archibald was a high school dropout, a traveling circus performer. But he wanted more. When he began to gain success as an actor, he changed his name to the one we all know him by: Cary Grant. By consistently acting the part of the cool, confident, witty charmer he eventually, as he put it, truly became that person. Or that person became him. And he flourished.

The phrase “acting out of character” actually has two meanings. It means acting away from our characteristic way of behaving, but it also means acting from character. We often act out of character in the second sense when we guide our actions by our values. You may not be naturally open and extraverted. But given an important occasion or project, you have little choice but to act out of character, to rise to the occasion and be an alternative you — in a sense, perhaps, an optimized you.

Excerpted from the new book Who Are You Really? The Surprising Puzzle of Personality by Brian R. Little. Reprinted with permission from TED Books/Simon & Schuster. © 2017 Brian R. Little. 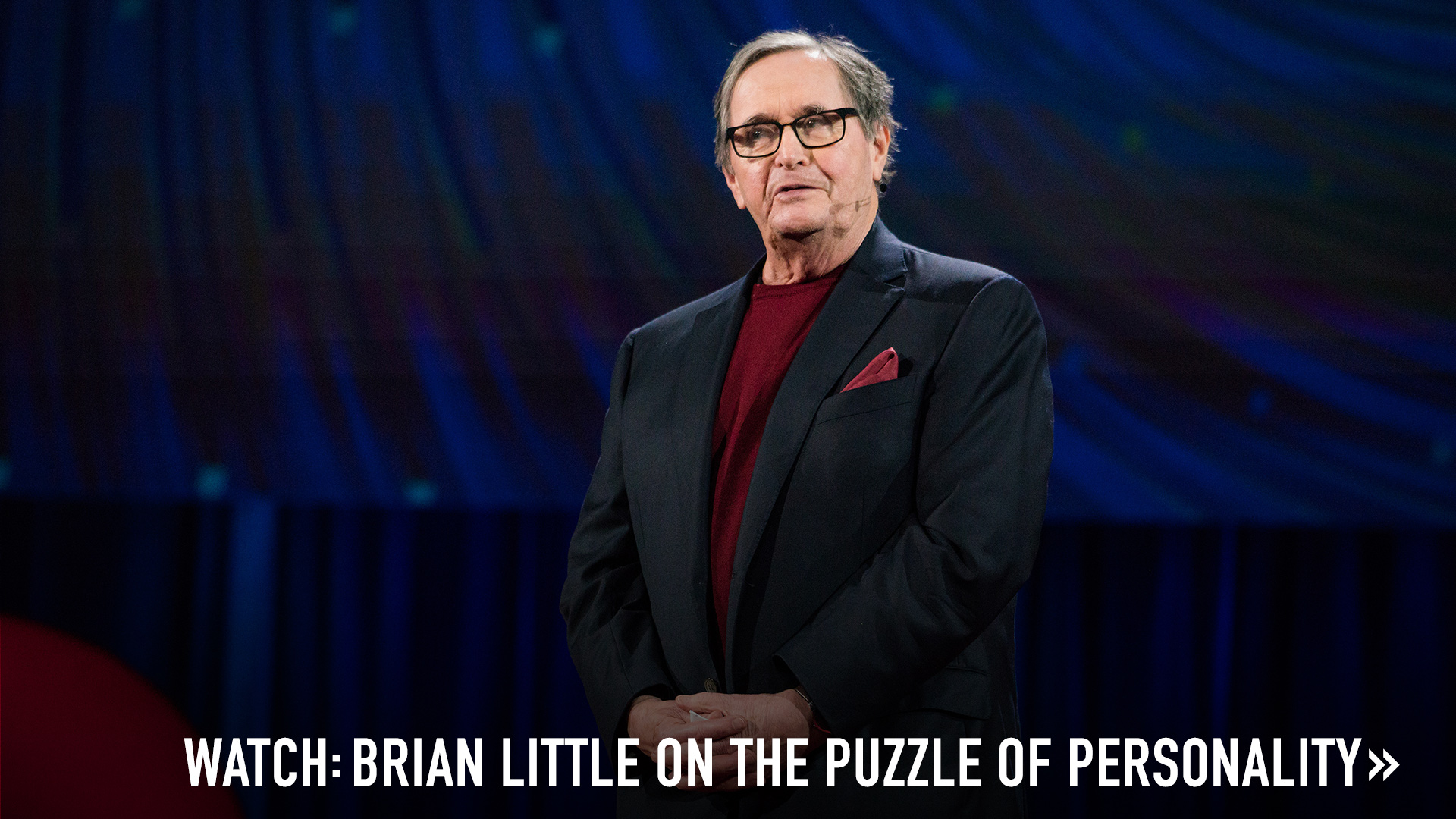 Brian R. Little is an internationally acclaimed scholar and speaker in the field of personality and motivational psychology. Little is currently at the University of Cambridge, where he is a Fellow of the Well-Being Institute and Director of the Social Ecology Research Group in the Department of Psychology. He is a also a distinguished research professor emeritus at Carleton University in Ottawa, Canada. 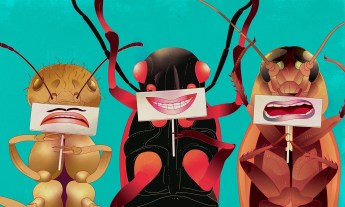 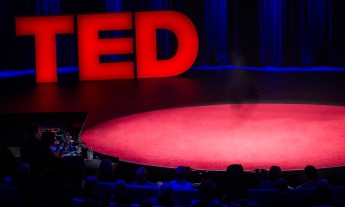 Quiz: Which TED talk are you? 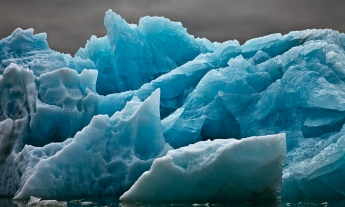