Three American scientists have just been awarded the Nobel Prize for their space-time breakthrough, and LIGO team astrophysicist Gabriela González tells us about all the researchers, work and technology that contributed to it.

A little over 100 years ago, in 1915, Einstein published his theory of general relativity, which, despite its name, is a theory that actually explains gravity. It states that mass — meaning all matter, including the planets — attracts mass, not because of an instantaneous force but because all matter wrinkles the flexible fabric of space-time.

Space-time is this thing in which we live and that connects us all. It’s like when we lie down on a mattress and distort its contours. The masses move when they see this space-time curvature and they follow the little curves, just like when our bedmate nestles up to us because of the curvature of the mattress.

A year later, Einstein derived from his theory that gravitational waves existed and that these waves were produced when masses move. For example, when two stars revolve around one another, they create folds in space-time that carry energy from the system, and the stars move toward each other. However, he also estimated these effects were so minute, it would never be possible to measure them.

A long time ago, two black holes were revolving around one another, accelerating until they were almost at the speed of light, and they fused into a massive black hole.

Thanks to the work of hundreds of scientists working in many countries over the course of many decades, these gravitational waves were finally discovered for the very first time in 2015. The story starts 1.3 billion years ago. A long, long time ago, in a galaxy far, far away, two black holes were revolving around one another — or, as I like to say, dancing the tango. They started moving slowly, but as they emitted gravitational waves, they grew closer together, accelerating in speed until they were revolving at almost the speed of light and fused into a single black hole that had 60 times the mass of the Sun compressed into the space of 360 kilometers. (That’s the size of the state of Louisiana, where I live.) And this incredible effect produced gravitational waves that carried the news of this cosmic hug to the rest of the universe.

It took us a long time to figure out the effects of these gravitational waves, because the way we measure them is by looking for those effects in distances. When the gravitational waves passed by the Earth, which was in 2015, they produced changes in all distances — the distances between all of you, the distances between you and me, our heights — every one of us stretched and shrank a tiny bit. It was predicted the effect would be proportional to the distance. But it’s still extremely small: even for distances much greater than my height, the effect is infinitesimal. For example, the distance between the Earth and the Sun changed by just one atomic diameter.

In 2015, we didn’t think we’d see anything in the data we were collecting via LIGO — and then nature surprised us.

How can that be measured? Fifty years ago, visionary physicists at Caltech and MIT — Kip Thorne, Ron Drever, Rai Weiss — thought they could precisely measure these distances using lasers that measured the distances between mirrors placed kilometers apart. (Editor’s note: on October 3, 2017, Thorne and Weiss — along with Barry Barish — were awarded the Nobel Prize in Physics for this work.) It took many years, a lot of labor, and many scientists to develop the technology and the ideas. Almost 30 years ago, researchers started building the Laser Interferometer Gravitational-Wave Observatory (LIGO): a pair of gravitational wave detectors, or interferometers, in the US. Each is four kilometers long; one is in Livingston, Louisiana, in the middle of a beautiful forest, and the other is in Hanford, Washington, in the middle of the desert.

These L-shaped interferometers have lasers that travel from the center through four kilometers in a vacuum, they’re reflected in mirrors, and then they return via separate arms. We measure the differences in the distances of the two identical arms. These detectors are very, very, very sensitive — they’re the most precise instruments in the world. But why make two? The signals we want to measure come from space, but since the mirrors are moving all the time, we need two interferometers in order to distinguish the gravitational wave effects (which are astrophysical effects and should show up on the two detectors) from the local effects (which should appear separately, on either of the detectors).

In September 2015, we were finishing installing the second-generation technology in the detectors. We weren’t at the optimal sensitivity that we wanted — and we’re still not, two years later — but we wanted to gather data. We didn’t think we’d see anything, but we were ready to start collecting. And then nature surprised us. On September 14, 2015, we saw, in both detectors, a gravitational wave. In both detectors, we saw a signal with cycles that increased in amplitude and frequency and then went back down. These were the same in both detectors, and they were gravitational waves. And not only that — in decoding this type of wave, we were able to deduce they came from black holes fusing together to make one, more than a billion years ago. That was fantastic.

At first, we couldn’t believe it. We didn’t imagine this would happen until much later; it was a surprise for all of us. It took us months to convince ourselves it was true, because we didn’t want to leave any room for error. But it was true. To clear up any doubt the detectors really could measure these waves, we measured another gravitational wave — it was smaller than the first one — in December 2015. The first gravitational wave produced a difference in the distance of four-thousandths of a proton over four kilometers. The second detection was even smaller, but it was still very convincing by our standards.

We like to say gravitational waves have a purpose, because they’re opening up a new way to explore the universe.

Despite the fact that these are space-time waves and not sound waves, we like to put them into loudspeakers and listen to them. We call this “the music of the universe.” If you listen to the first two notes, the second, shorter sound was the last fraction of a second of the two black holes which, in that fraction of a second, emitted vast amounts of energy. It was so much energy, it was like three Suns converting into energy, following that famous formula E = mc2. We love this music so much we actually dance to it.

Since time immemorial, when humans — all of us, everyone, as kids — have looked up at the sky for the first time and seen the stars, we’ve wondered, “What are stars?” That curiosity is what makes us human. And that’s what we do with science. We like to say gravitational waves have a purpose, because they’re opening up a new way to explore the universe. Until now, we were able to see the light of the stars via electromagnetic waves. Now we can listen to the sound of the universe, even to things — like gravitational waves — that don’t emit light.

As we make the detectors more and more sensitive, we’ll be able to see other objects, like neutron stars that fuse and turn into black holes, or explosions of supernovas.

So what’s left for us to do? A lot. As we make the detectors more and more sensitive — and we have lots of work to do there — not only are we going to see more black holes and be able to catalog how many there are, where they are, and how big they are, we’ll also be able to see other objects. We’ll see neutron stars fuse and turn into black holes. We’ll see a black hole being born. We’ll see rotating stars in our galaxy produce sinusoidal waves. We’ll see explosions of supernovas in our galaxy. We’ll be seeing a whole spectrum of new sources.

We like to say we’ve added a new sense to the human body: now, in addition to seeing, we’re able to hear. This is a revolution in astronomy, like when Galileo invented the telescope. Or, it’s like when they added sound to silent movies. This is just the beginning. We like to think the road to science is very long (it’s also very fun). Our large, international community of scientists, working from many countries together as a team, is helping make this road — we’re shedding light, sometimes encountering detours, and building, perhaps, a highway to the universe. 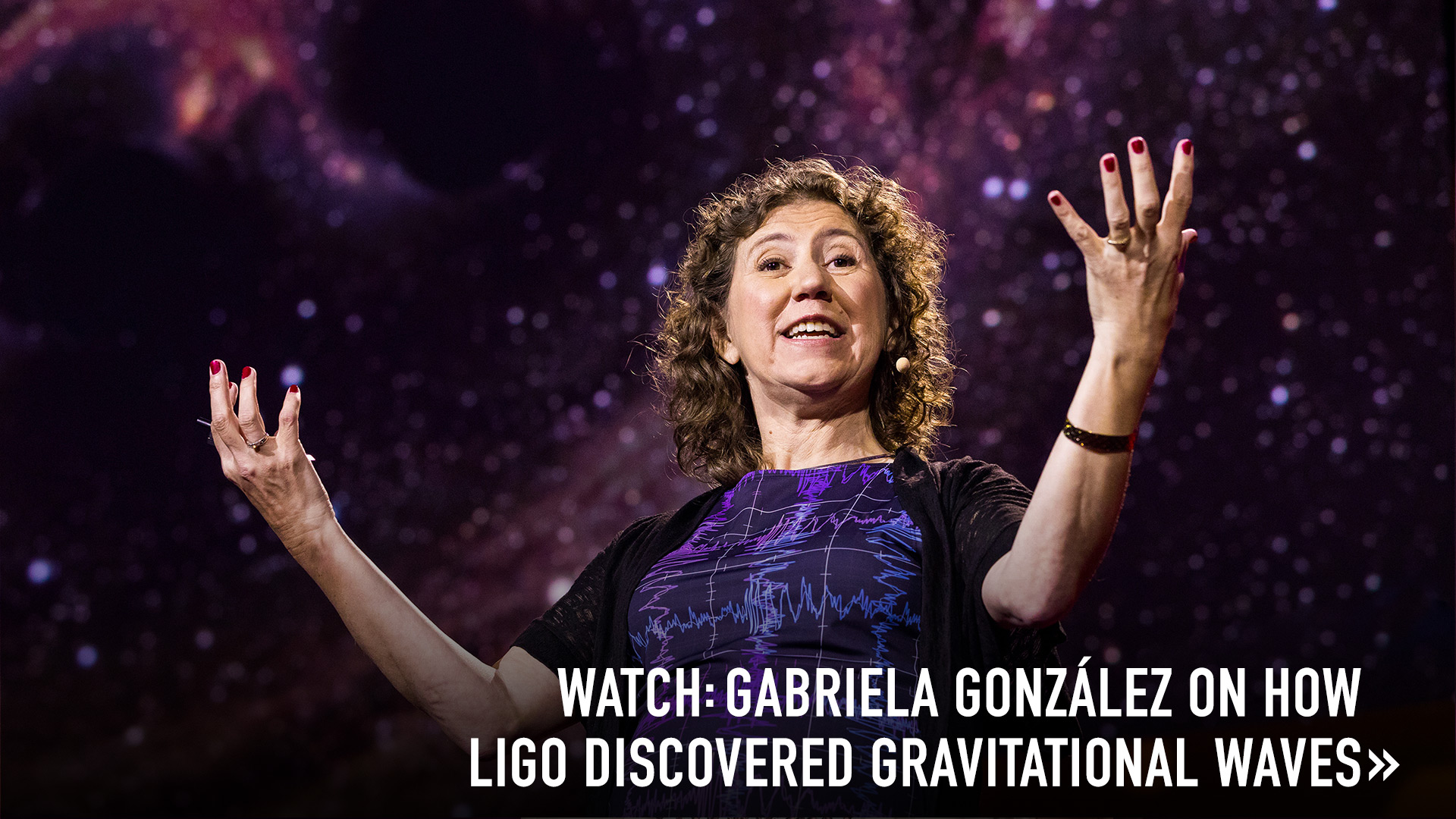 Gabriela González is a physicist working on the discovery of gravitational waves with the LIGO team. She is also a professor of physics and astronomy at Louisiana State University. González has been a member of the LIGO Scientific Collaboration since it was funded in 1997, served as the elected LSC spokesperson in 2011-2017, and is known for participating in the announcement of the discovery of gravitational waves in 2016. 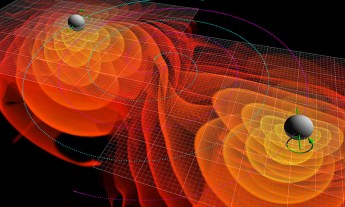 How to catch a ripple in spacetime 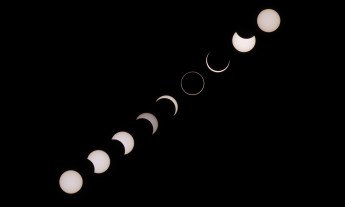 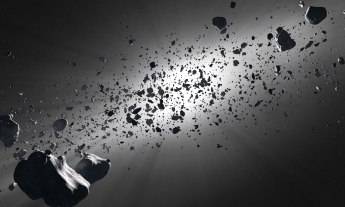