When recording music, it can take days or weeks to get the perfect performances for an album. But when it comes to recording the symphony of nature, the process can take even longer. According to Bernie Krause, a legend in the field of natural soundscapes, it can take 1,000 hours of recording to get just one hour of usable material, of the quality needed for a film soundtrack or museum exhibit.

Krause’s wild soundscapes give us an often-overlooked diagnostic tool to measure the health of a habitat — sound. And the difficulty of recording natural soundscapes speaks to the devastating changes happening in many ecosystems because of global warming, resource extraction and human noise. In today’s talk, given at TEDGlobal 2013, Krause shares the extent of damage that he can hear in recordings taken from different points in his 45-year career.

“Every soundscape that springs from a wild habitat generates its own unique signature, one that contains incredible amounts of information,” says Krause. “When I began recording, over four decades ago, I could record for 10 hours and capture one hour of usable material … Fully 50% of my archive comes from habitats so radically altered that they are altogether silent or can no longer be heard in their original form.”

This is a beautiful talk, one that will make you think differently about using only your eyes to take in nature. Watch this talk to hear the amusing grunts of a hungry sea anemone and the defensive chorus of Great Basin spadefoot toads. In the talk, you will also share one of the most affecting moments of TEDGlobal 2013, when Krause shared the saddest sound he’s ever heard in the animal kingdom: a beaver’s mourning cry after its mate and children were killed by two game wardens.

Because this sound is so sad, we asked Krause to share with us some of the happiest sounds he’s heard while recording wild soundscapes. Here are Krause’s picks:

Each of these following soundscape examples cheer me up because life at that level — in its more or less natural state — expresses itself in a voice that, to me, sounds joyful. And when they’re joyful and we’re able to listen carefully and completely immersed, stress disappears.

This Aceh Province recording was made at a rare rainforest site in Sumatra, Indonesia, that managed to survive the primary and secondary impacts of the 2004 tsunami that otherwise devastated the area. That it survived to be heard another day gives all of the organisms, from microscopic to mammals like orangutans and gibbons, a healthy range of options in which to thrive.

This desert recording, made at the confluence of the Chihuahuan/Sonoran systems, illustrates how a place thought to be desolate by many is really vibrant and filled with many vocal organisms representing an impressive spectrum of life.

Few places in Florida exist where anyone can hear, unimpeded by human noise, the lush sounds of its phenomenal subtropical habitats. Sometimes one has to get up before dawn, when everything is quiet, to hear the treasures offered, like these at Cypress Swamp. 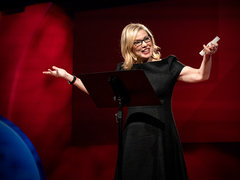 How symbols and brands shape our humanity