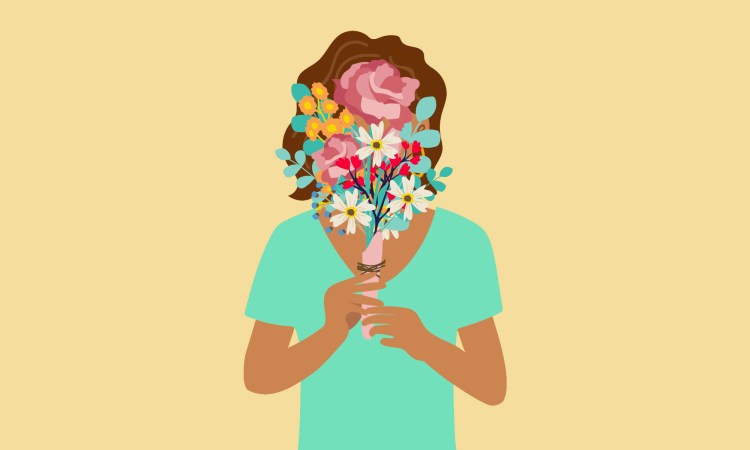 A new technology aspires to harness the powerful human sense of smell to enhance our daily lives.  Someday this approach might even be used to benefit our health. How is this possible? Step one: Just inhale.

We’re living in a playlist world, with many of us curating soundtracks to get us through life’s daily ups and downs, such as a tough commute, sweaty workout, or sleepless night. But what if we could also turn on our own scent playlists — imagine “Peppermint Wake-up”, “Grapefruit Grind”, “Lavender Lullaby” — at those times? You know, like a personal smelltrack? Or smelllist? (Note to the world: Applications for better name now open).

David Edwards, an inventor and professor of bioengineering at Harvard University, is working to turn that dream into a reality. He has created an app (called oNotes, a combo of “olfactory” and “notes”) that is paired with a scent speaker (called Cyrano). Use the app to play the speaker and out wafts a dynamic sequence of scents.

The human nose can distinguish among at least 1 trillion different scents.

While our sense of smell can get overshadowed by the other four senses, there should be no mistake: It is formidable. The fact that humans have a poor sense of smell compared to other mammals was recently refuted as a 19th-century myth. The human nose can distinguish among at least 1 trillion different scents. (A little practice — or even a lot — doesn’t hurt: see the TED-Ed lesson: How to master your sense of smell.) Even though we’re not always aware of our scentscapes and the impact they’re having, a chance whiff has the power to stop us in our tracks, stir up emotions and memories, and attract us to (or repel us from) its source.

For humans, scent and survival are inextricably linked. Unpleasant odors elicit immediate involuntary responses. Our heart rate ratchets up when we smell a raging fire, and our disgust is evoked by the pungent aroma of spoiled food. As in much of the animal kingdom, we humans transmit signals to each other through scent, whether it’s via pheromones, selective (and unconscious) hand-sniffing after we shake hands with others, raised hormone levels, or our ability to differentiate between the odors of “self” and “non-self”.

Scientists are only now delving into how particular scent molecules affect our brains. What they do know is that once a scent binds to the olfactory receptors in our nasal epithelium, “there’s an electrical signal that’s delivered directly to the brain’s limbic system, an area associated with emotion and memory, [which sets] off a cascade of neurologic and biochemical consequences,” says Edwards. By contrast, other sensory inputs — tastes, touches, sights and sounds — are routed through different parts of the brain first, which moderates their effects.

In a human sperm cell, olfactory receptors register chemicals and determine the way the cell moves.

Humans contain a huge array of olfactory receptors located outside of our noses. They’re found throughout the body in places such as the brain, lungs, gut, kidneys, and even sperm cells. These receptors act as docking and signaling systems, playing a crucial role in the conversations constantly taking place inside us. In a sperm cell, for instance, olfactory receptors register chemicals and determine the way the cell moves — and whether it reaches a certain egg of interest.

Today, we find ourselves immersed in a dramatically altered, controlled and artificial scentscape. There are “all of these sensory signals that we’re not used to,” says Edwards, and “our bodies don’t quite know what to do with those signals.” Just think of the overload that we experience during a single visit to a shopping mall, where perfumes, warm pretzels, new sneakers and more compete for our noses. Amid the onslaught, the scents of the natural world that humans evolved with over millions of years are diminishing or disappearing from our lives.

This shift in our olfactory environment could be having negative effects on our health, contends Edwards. In recent decades, epidemiologists have observed a huge global increase in the number of people diagnosed with diabetes: from 108 million in 1980 to 422 million in 2014, according to the World Health Organization. Indeed, some research in laboratory animals has indicated that smell can impact metabolic health and diet-induced obesity. “You can think of the olfactory bulb as a kind of fuel gauge. Upon sensing aromas, particularly food aromas, it will rev up metabolism,” Edwards explains. This process may then trigger cravings, which have historically helped our species survive, but now sometimes cause us to overeat or eat unrewarding foods.

One experiment has shown that when fasting women inhaled the scent of chocolate, they could go longer without eating.

Scent playlists might be used to “bring back to the body sensory signals that it knows how to understand,” according to Edwards. One study found that when people were exposed to a sweet or savory smell, they developed a greater appetite for the food that matched the smell. And, “if you expose humans to a sweet aroma before a savory meal, they’ve been shown to consume fewer calories, and vice versa,” Edwards says. Another experiment has shown that when fasting women inhaled the scent of chocolate, they could go longer without eating. It appears as if the smell of chocolate alone “affects their system as if they’ve actually started eating it,” says Edwards, which triggers the hormonal responses associated with satiation and appetite suppression. Yet another study found that when people’s taste experience was augmented with aroma, they tended to feel more satiated. These and other experiments point to the potential for scent-based therapies and technologies to subtly mediate how much people eat and diminish unwanted cravings.

Scent playlists might also be used to shift our emotional states. Certain scents have the power to evoke vivid autobiographical memories, be they of the Proust-and-madeleine kind or the sterile-hospital-childhood-injury variety. The more profound the experience associated with the aroma, the greater the emotional responses in the brain. What’s more, being exposed to odors with uplifting personal associations has been shown to disrupt cravings, decrease inflammation, and increase positive emotions. In studies, certain naturally occurring scents have been found to have stimulating (peppermint, coffee), calming (lavender, magnolia), or joy-inducing (freshly cut grass) effects on human subjects.

One research question at the front of Edwards’s mind is: Could scents be used in conjunction with psychotherapy to treat people with addiction?

Cyrano, Edwards’s scent speaker, is all about aromas of the uplifting kind. It currently works with three evocatively-titled cartridges: Surfside (guava, suntan lotion, lime and sea breeze), Einstein (rosemary, lemon and peppermint) and Central Park (rain, waffle cone, jasmine and cut grass). Each is meant to elicit a specific physiological response in users (relaxation, focus, and energy, respectively). The individual aromas are made from essential oils or synthetic molecules. Like a musical playlist, the scent compositions change over time, switching every 8 to 10 minutes. This variation prevents olfactory fatigue, which occurs when our olfactory receptors saturate and we become inured to a scent after a while (think of how intensely a cafe smells when you first enter it, but how little you notice the ambient coffee aroma after you’ve used the WiFi for an hour).

So, how is the scent speaker working for its users? While an experiment hasn’t yet been done in the lab, Edwards has conducted one small pilot study on the effects of the device in the workplace. In it, 77 employees at Siemens Corporation were given two scent cartridges (Surfside and Einstein) to use at their discretion over a six-week period. The results: 80 percent continued to use the device after the first week, 50 percent reported feeling positive effects, and those who used it more frequently saw a greater improvement in their scores on an emotional intelligence test. Interestingly — and understandably — 3 PM was a popular time for people to play their scent speakers.

The office isn’t the only place Edwards can see the device being beneficial, though. This summer, Cyrano will be installed in cars from a high-end European automaker. Edwards is also set to launch a product that is designed to enhance users’ culinary experiences by emitting “flavor clouds” like ginger, chocolate and raspberry. Another research question at the front of his mind is: Could scents be used in conjunction with psychotherapy to treat people with addiction?

Someday, Edwards hopes that people can use technology to tap into scent for a quick pick-me-up, dose of calm, or way to find more enjoyment from the food they eat. In many ways, we humans have reached a day of reckoning when it comes to realizing just how much we’ve altered our environment. But instead of bemoaning the state we’re in, Edwards is encouraged by the work being done in this area. “We’ve been playing around with sensory signals, not recognizing how big a deal they are. Now that we’re understanding the consequences, there’s an effort to correct them,” he says. “It’s ultimately good news.”

Watch this TED-Ed video to learn how to master your sense of smell: 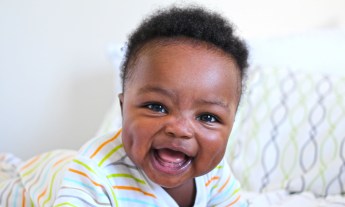 How one researcher is studying that tingly, universal, unmistakable and unsettling phenomenon known as déjà vu