Has your mom said she doesn’t have a favorite child? That’s probably a lie. 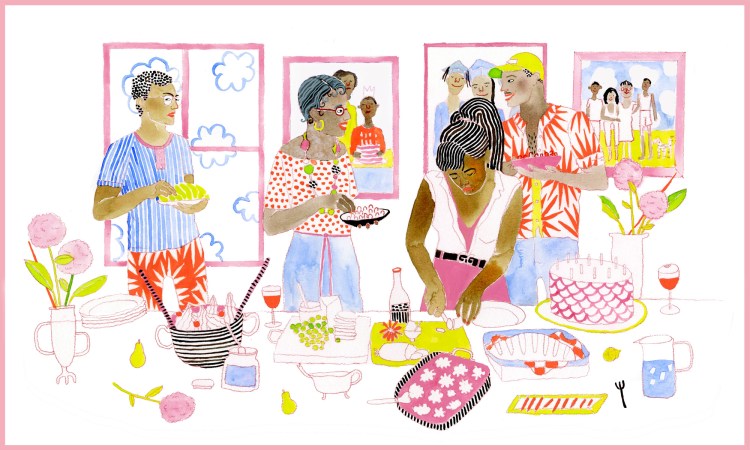 Sociologist Jill Suitor studies the truth about moms and their kids — and the surprising effects that parental favoritism can have on us.

If you want to start a fight in a multi-child family, try throwing out the question “Who is Mom’s favorite?” While most mothers will insist they love their children equally, many kids will say that Mom has a secret preference for one of them. For Purdue University sociology professor Jill Suitor (TEDxPurdueU Talk: So you think you’re Mom’s favorite?), such squabbles are part of a day’s work. For nearly two decades, she and coauthor Karl Pillemer of Cornell University have been studying parent-child favoritism. And their findings confirm the suspicions of some kids: Moms prefer one sibling over the others, at least in certain contexts.

After Suitor first decided to explore this subject, she worried that no parent would admit they favored one child over another. She recalls, “When I talked to my mother-in-law about the study in the planning stages, she said, ‘Well, if anybody asked me whether I choose my son or my daughter, I would say that I love the dog the most.’” What intrigued Suitor and her co-researchers about studying such a topic was the opportunity it presented to delve into family dynamics holistically — that is, look at parents’ relationships with all their children, rather than just one child at a time. In academia, “intergenerational relations are usually studied from the perspective of one member of a dyad,” Suitor explains. “So the researcher will say, ‘We are randomly selecting a child from your family,’ and moms or dads report about that target kid.” She and Pillemer conjectured that focusing on one child and excluding siblings was resulting in the loss of a great deal of rich data and potentially skewing impressions of family relationships.

Suitor and Pillemer began by searching for mothers who were between the ages of 65 and 75 and had at least two living adult children. They worked with the University of Massachusetts to select a sample of Boston-area women who fit these criteria. Letters were sent to each subject, explaining the research and letting them know that an interviewer would be calling to follow up and see if they’d join the study. After the calls, 556 mothers agreed to participate.

In face-to-face interviews, the team asked moms a number of frank questions. These included “Which of your children are you most likely to talk to about a personal problem?”; “Which child would you most want to be your caretaker as you age or if you were to get sick?”; “To which child do you feel the most emotionally close?” and “Which child are you most proud of?”, as well as emotionally fraught queries like “Which child has disappointed you the most?” and “With which child do you have the most conflict?” They also asked questions to ascertain the basic facts of the mother’s and kids’ lives, such as “Have you gotten help from any of your children recently?”; “How far away do your children live?”; “Are your children employed?”; and “Which of your children share your values?” Then, they asked the adult children of the moms the same questions — this time, about themselves and their siblings (for example, “Which child does your mother feel the most emotionally close to?” or “Which child would your mother prefer to be her caretaker?”). Finally, each child was asked to rate their relationships with the two siblings who were closest to them in age in order to judge their closeness and degree of contact. And yes, researchers brought up the f-word, asking moms “Which child is your favorite?” and children “Which of your siblings is your mom’s favorite?”

So, who’s the favorite? In general, “daughters were overwhelmingly chosen over sons,” says Suitor. Lastborns were also selected more frequently than first or middle children. Interestingly, when moms were asked to choose which child they were closest to and which child they had the most conflict with, they’d sometimes choose the very same child for both categories: a daughter. “Think about the relationships that are really meaningful to you, the relationships you want to be perfect,” explains Suitor. “You always want them to work and when you feel they’re not quite right, you start fiddling with them to make it better.” And what can all that fiddling lead to? Conflict.

The researchers wondered: Would a mother’s responses match up with her children’s? As it turns out, children were not that good at guessing who mom loves most — or least. “Less than half the time were the kids to whom Mom is most close, or in whom she was most disappointed, aware of this,” Suitor says. “They named another child.” Beforehand, she and Pillemer guessed that the kids who were the most confident in their choice would be the most accurate, but that didn’t turn out to be true. “Kids are really bad reporters when it comes to who Mom is proud of,” Suitor says. “Only 39 percent were correct, and the kids who were not chosen tended to be the most sure they were Mom’s favorite.” Another intriguing finding: Adult children who were parents themselves were less likely to accurately answer “Who is Mom’s favorite?”

Being Mom’s favorite is not all “I love you”s and larger slices of cake. In one study, Suitor and colleagues have found that being the apple of her eye — or even thinking you are — appeared to exact a psychological toll. Remember, their subjects are older mothers and their adult children. “There’s a weightiness that goes with perceiving yourself as the most emotionally close to Mom, especially later in life,” Suitor explains. “If you’re really close to her, you’re gonna worry a lot about her.” The favorite was more likely to be depressed as their mother aged and faced health issues, reported Suitor and her co-researchers. There was also greater sibling tension experienced between the favorite and that person’s brothers and sisters. Being Mom’s disappointment (whether she agreed or not) was also associated with depressive symptoms.

Seven years after their original interviews, Suitor and Pillemer followed up with their group of moms. At this point, many mothers — who ranged in age from 72 to 82 — needed caregivers, so the researchers (with Purdue University assistant professor Megan Gilligan) were interested to see how their relationships with their children adjusted to this demand. They asked the mothers who were still willing and able to participate in a study if they’d needed physical assistance due to illness or injury within the last two years. They wanted to find out whether receiving care from a preferred child (or a non-preferred child) would affect a mother’s psychological well-being. According to their results, whether moms received care from their favorite did not predict psychological well-being; however, if they received care only from their non-preferred kids, the mothers were more likely to be depressed. “One point that became apparent throughout the cases was that even high-quality care from other children was unlikely to compensate for the absence of the preferred caregiver,” the team wrote.

Another significant finding in their follow-up research: Mom’s favorite did not really change over time. “Much to our surprise, most of the moms named the same children in response to each of these questions that they’d given us seven to eight years before,” Suitor says. So, what’s a favorite, or non-favorite, child to do with all this information? Turn to your siblings, suggests Suitor, and try not to worry about who’s the favorite. “Siblings can be a source of friendship and closeness and support throughout your life,” she says, “but only if those relationships haven’t been undermined by rivalry.” In other words, rise above your disagreements and try to see your brothers and sisters not as competitors but as equals — and friends. 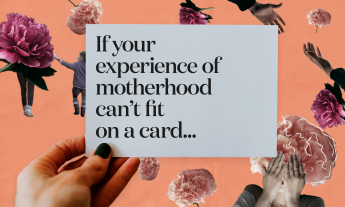 Got a complicated relationship with your mom, or motherhood? Here's a playlist of TED Talks just for you 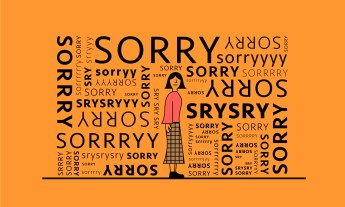 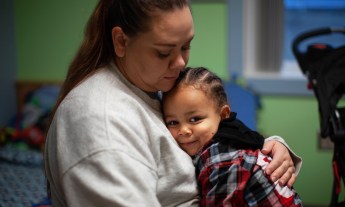