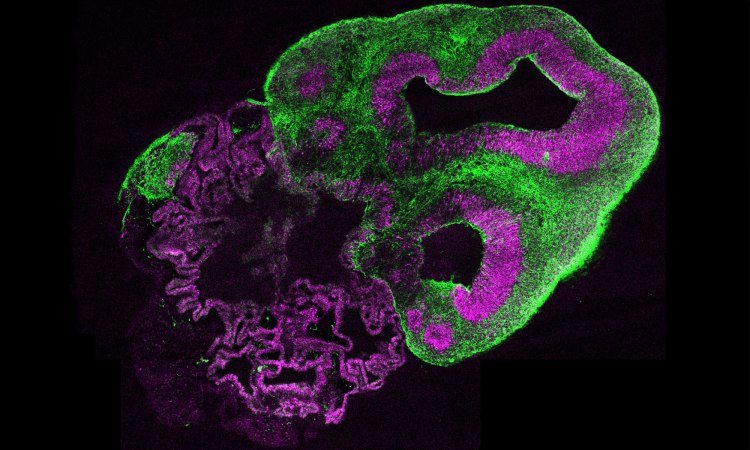 “Just to be clear, they are not really human brains,” Madeline Lancaster says of the strange assemblage of brain tissues she has grown by the hundreds at the Medical Research Council Laboratory of Molecular Biology in Cambridge, England. In her lab, she takes small samples of stem cells and grows them in careful conditions. When they grow, what develops is a single-function bit of the brain, not at all a full human brain but a small, specific part of the nervous system. These “mini-brains,” as she calls them, offer researchers an unprecedented glimpse into the inner workings of our minds. Want to know how to grow living brain tissue? Want to know why you might want to? Read on.

How to grow a mini-brain? Give them room to grow; they’ll take it from there. Lancaster (TEDxCERN talk: Growing mini brains to discover what makes us human) began generating brain tissue from stem cells in 2011. In her early experiments she spread the cells in a thin layer across a petri dish. The cells didn’t stick; the protein she used to bind the cells malfunctioned, and she was surprised to find the cells attempting to form three-dimensional clusters. It turned out to be a fortuitous mistake. “Rather than throw them away and say, ‘Oh my experiment failed,’” she says, “we decided to actually follow it up and see what would happen if we grew those cells in three dimensions.” She had a hunch that with the right structural support, the cells might cluster in still larger and more sophisticated formations. “It’s funny, because when you look at it in hindsight, it really makes sense,” she says. “That’s exactly what the brain does in an embryo; it does develop by itself.”

Organ growth is a cottage industry. There’s no shortage of researchers attempting to grow breast cells, kidney cells and other organs, so Lancaster looked to other labs for clues to solve the structural support problem. “There had just been some work from a group that was working on gut cells,” she says. “They had found that when you take intestinal stem cells and you grow them in this gel, you would get these really, really nice 3D structures that look a lot like the actual intestine.” So Lancaster used the same brand of gel from the intestine experiment — “Matrigel, in case you were curious,” she says — as a suspension system for brain cells. To sustain their growth, she fed the cells a nutrient mixture enriched with the same vitamins and proteins you would find in your own bloodstream. A quick shake in the agitation machine ensured that all of the cells were well-nourished and able to grow for months and even a year at a time. With this technique, Lancaster grew a collection of mini-brains, technically called “cerebral organoids,” that were nearly as sophisticated as the brain tissues of a fetus in its early second trimester.

Each mini-brain is a unique surprise. Lancaster still remembers the initial shock of seeing her first full-fledged mini-brain. “I looked at some of our early organoids and found a really interesting brown-pigmented area that was in just the perfect circular shape, looking just like the developing retina of the eye,” she says, “and it turned out to indeed be the retina.” She adds, “I actually remember looking at that, running down the hall and telling my then-advisor that we had grown something really cool.” Every successfully grown mini-brain represents one highly specialized region of our extremely diverse brain system, and “we don’t know until we actually cut them open and see what’s in there,” she says. “So far we have every part of the brain’s central nervous system, like the retina, spinal cord and cerebral cortex.”

A glimpse into the evolution of the human mind. What makes a human brain, human? Well, primates have more neurons per square inch than any other living creature, and humans have the largest primate brain, naturally, but neuroscientists are hard pressed to tell you why. It could be that we generate neurons faster than any other animal, or it could be that we retain them longer. Mini-brains offer a front-row seat into this mysterious growth process. “First of all, we can just watch it as it’s happening,” says Lancaster, “so we can actually watch the stem cells in human versus chimp and see whether they make more neurons in a human.” But she has an even more precise experiment in the works. Rather than just compare one mini-brain to another, she can alter gene sequences in the cells, introducing mutations from the chimp genome into the human genome. That way, researchers can establish exactly which genes promote neural growth. Those same findings can lead to treatments for neurological disorders. Lancaster has already taken stem cells from a patient with a severe neurodevelopmental disorder called microcephaly, a genetic mutation that results in severely reduced brain size. She reintroduced the healthy gene into the mutant mini-brains and neural growth was restored in the sample. It’s a promising treatment that never could have been ethically tested on a human subject.

May a thousand organoids bloom. Lancaster personally knows of 16 individual labs that are using her technique right now. They are everywhere from Brazil to the US, to Europe and Japan. “Those are just the labs that I know of,” Lancaster says. “We’ve made quite an effort to try to make it as accessible as possible to people by publishing detailed protocols and distributing the protocol whenever anybody asks.”

Next up, blood vessels. The next big hurdle is developing mature brain tissues beyond the second trimester. Researchers working on mini-brains — and every other miniaturized organ — have hit a limit due to the lack of blood vessels. Turns out, a shake in a nutrient bath can’t compare to the precision delivery of nutrients in the bloodstream. “That is an issue that the whole field suffers from,” Lancaster says. Until then, mini-brains will continue to suffer from arrested development. 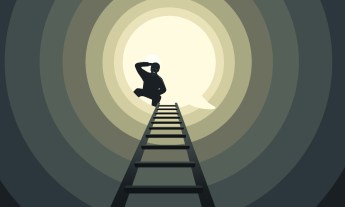 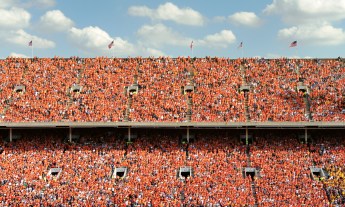 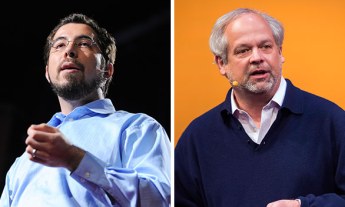