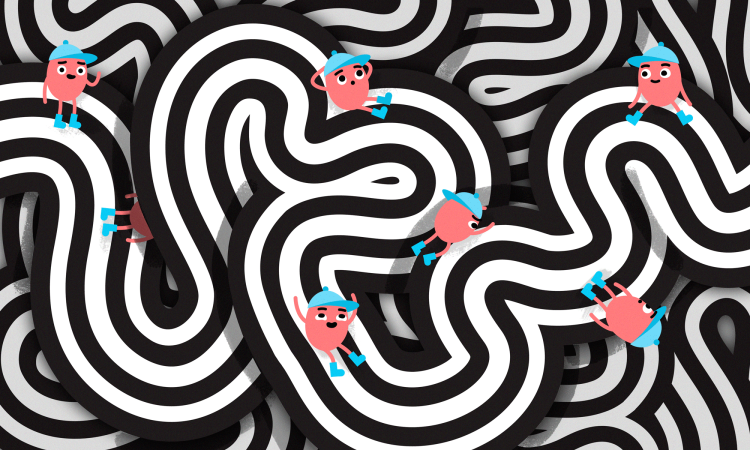 It may seem like a topic from the edge of woo, but hypnosis is getting a new look from researchers studying its fascinating effects on our brains.

Long before we had fMRI machines, scientists had one singularly powerful tool to understand the mind’s connection to the body: the strange world of hypnosis. Hypnosis has inspired scientists and snake oil salesmen alike for centuries, but we still don’t really understand how it works. In recent decades, however, scientists have been able to glean a few tidbits that suggest a potential brain-based understanding of the ancient practice.

More than one scientist has attempted to think of hypnosis in terms of the placebo effect. Both utilize complex brain processes based on expectations that are not fully understood. And both seem effective against pain, anxiety and sleep problems. But in the past few years, placebos have come closer to mainstream acceptance, whereas hypnosis is still rarely taken seriously. This is in part because of the checkered history of hypnosis and in part because, unlike the placebo effect, hypnosis has stubbornly refused to reveal its mechanism.

According to retired Harvard psychologist Irving Kirsch, who studied placebos decades before it was fashionable for scientists to do so and is one of the country’s leading experts on hypnosis, hypnosis and placebo tap into a deep force in the brain: expectation. The brain is an expectation-prediction machine. While hypnosis and placebos are separate phenomena, their differences probably aren’t as important as their similarities, which give us a glimpse of the very fundamentals of consciousness.

To explain, Kirsch paraphrases a colleague, psychologist Marcel Kinsbourne. “There is a wave of bottom-up information coming up from the external world, up into your brain,” he tells me. “There is a wave of information coming from the cortex that consists of your evaluations, your beliefs, your expectations. Consciousness is these two waves hitting each other. It’s a collision.” That, he says, is where hypnosis and placebos do their work.

“If you see ten patients, there’ll be two of them where the hypnosis will make your jaw drop,” says David R. Patterson. “But you try it with another person and it’s just not that dramatic.”

Hypnosis may be a powerful tool for healing, and perhaps no one knows this better than professors David R. Patterson and Mark P. Jensen at the University of Washington in Seattle, two of the nation’s leading experts on hypnosis. Patterson is accustomed to dubious looks and snickering from people when he brings up his job, and occasionally wonders if he shouldn’t just choose a more mainstream topic to study. But then something happens that blows his mind and sucks him back in.

Take a lecture on hypnotism and pain control at a burn unit that he gave at Vanderbilt University. The doctors had been skeptical. When Patterson offered to demonstrate his technique on one of them, they recommended that he try it on one of the patients, a young man Patterson described as “angry at the world” who had burns covering more than half his body. Every time a nurse tried to remove this patient’s bandages to wash his wounds, he screamed and writhed in pain, despite a stream of powerful drugs.

The young man scoffed at Patterson, saying that he couldn’t be hypnotized. Eventually he agreed to try it but seemed intent on doing the opposite of what he was told. So during the hypnosis, Patterson suggested he would become increasingly tense. As if on cue, the man did the opposite and became relaxed. Within a few minutes, he slipped easily into a deep, peaceful trance as nurses removed the bandages and rubbed sponges over his raw sores. (Patterson showed me a video from a similar case, and watching it sent chills up my spine.)

Stories like this can prompt us to wonder why there isn’t a hypnotist on staff at every hospital. But suggestibility is not easy to prescribe. “If you see ten patients, there’ll be two of them where the hypnosis will make your jaw drop,” Patterson says. “And then you are all excited. But you try it with another person and it’s just not that dramatic.” Only 10 percent of the population tends to respond strongly to hypnotism, but most people respond reasonably or fairly well, according to Patterson.

And of course, hypnotists vary greatly in how well they ply their trade. Even if they nail the voice, pacing and storytelling, they also must adapt well on the fly and follow their gut as to what resonates with their subjects. This makes it almost impossible to standardize an experiment on hypnotism. Imagine Sir Isaac Newton measuring the speed of a falling object, but Earth’s gravity keeps changing — that’s what it’s like studying hypnosis.

During hypnosis, our brain rhythms get even slower — about the only way to get them any slower would be to fall into a coma.

Nevertheless, Patterson and research partner Jensen have made considerable strides by examining the neural underpinnings of a hypnotic trance. To study hypnosis, Jensen uses electroencephalography, or EEG, which measures electricity in the brain. Our individual neurons are constantly generating electrical pulses as they transmit information from the body to the brain and around the brain itself. Occasionally, large groups of neurons will coordinate these pulses into a sort of rhythmic pattern. Picture the brain as a giant football stadium, and the pulses are like the fans doing a wave. Using sensors attached to the skull, scientists can listen for broad electrical rhythms — called oscillations — caused by wide swaths of neurons working in concert.

Keep in mind, though, that the brain isn’t a single stadium, but rather 1.2 million interlocking stadiums at once. So the EEG may pick up many different interlocking elements, and to make matters more complicated, because the sensors are on the outside of your head, only the outer parts of the brain can be measured. That makes the stadium even harder to hear. “The Rolling Stones are in town, but you don’t have a ticket,” Patterson says. “So you are standing outside the stadium. It’s very loose. You don’t know what, exactly, you’re hearing, but you can tell if they are singing a ballad or a rock song.”

Amazingly, even with all these barriers, when scientists listen to multiple places in the brain, a neurological picture of hypnosis begins to emerge. During meditation, the “stadium chant” that many parts of your brain participate is measurably slower than in daily life; during hypnosis, the chant becomes even slower — about the only way to get the brain rhythms slower than those during hypnosis would be to fall into a coma.

If hypnosis can trigger slower brain waves, those waves may replace the faster patterns and thus replace the perception of pain.

In the human brain, alpha waves — electric waves that pulse 8 to 12 hertz, or 8 to 12 times per second — prevail when we are relaxed or closing our eyes. Theta — 4 to 8 hertz — commonly arise when we are drowsy or lost in thought, and delta waves — 0 to 4 hertz — happen when we are asleep or in a coma. Jensen’s work suggests that theta and alpha waves may be key to pain relief. When going about our daily activities, the brain generally uses the much faster beta and gamma waves (up to 100 pulses per second). This is especially true when we’re in pain, which usually goes hand in hand with anxiety and stress. Thus, if hypnosis can trigger slower brain waves, those waves may replace the faster patterns and thus replace the perception of pain.

The implications for helping the millions of people in chronic pain might be enormous. This idea led Jensen to a fascinating study. He looked at the brains of 20 patients before and after they experienced some relief from pain through both hypnosis and meditation. He found that people who naturally had high levels of theta waves — in other words, people with naturally relaxed, slower electrical activity — experienced a great deal of pain relief from hypnosis. Meanwhile, people with busy, overactive minds benefited the most from meditation, which slowed their buzzing brains down to a crawl.

“Meditation takes care of a problem that you have. Hypnosis builds on a skill,” Jensen says animatedly. “It’s capitalization or compensation. Are you capitalizing on a strength or are you compensating for a weakness? It looks like meditation is compensating for a weakness, and hypnosis capitalizes on a strength.” Imagine pain management as a skill, like running or weight lifting. According to Jensen, hypnosis is a little like taking an already strong sprinter to the gym and pushing her to a whole new level.

If Patterson and Jensen are right, their research could back up much of what scientists have suspected for many years: Hypnosis may be an exotic brain state that directly accesses expectation and perception — a little bit like turning off all the software in your computer and accessing its basic coding (although that is a huge simplification). And while a placebo says, “Take this amazing thing and it will make you feel better” and giving you a promise for the future, a hypnotic suggestion says, “Floating along this stream, you suddenly feel better,” which is a promise for right now. Which one is better? Which one taps into your expectation more effectively and permanently? That is a question that will take much more time and experimentation to unravel.

Reprinted with permission from National Geographic Partners, LLC. Excerpted from the new book Suggestible You: The Curious Science of Your Brain’s Ability to Deceive, Transform, and Heal by Erik Vance. © 2016 Erik Vance.

Erik Vance is a contributing editor at Discover; he has also written for National Geographic, Slate, Harper’s, Scientific American, Nature and the New York Times. 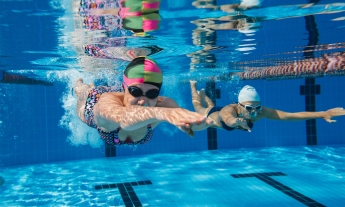 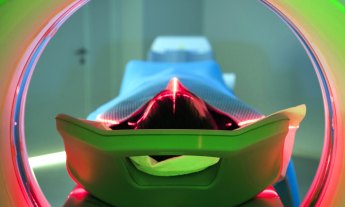