Most of us accumulate things because we think they’ll make us happier. While they might, it’s a short-term buzz. What will definitely make you feel better — and free up time and space — is letting go of stuff you don’t use, says Matt Paxton, a cleaning expert on TV’s Hoarders. Here’s how to lighten up.

Matt Paxton — one of the expert cleaners on the reality TV show Hoarders — has glimpsed all the different kinds of stuff that people choose to hold onto. “I’ve seen everything from 300 cats to actually finding Babe Ruth’s baseball bats … I’ve spent almost 20 years helping people deal with their stuff at a very personal level in their offices, in their homes, going through their closets, going through their memories,” he says in a TEDxBethesda talk.

No matter the objects, Paxton has found that the feelings behind their accumulation are usually the same. “We buy stuff because it brings us happiness, or we think it’s gonna bring us happiness,” he says.

One woman had yarn — 8,000 skeins of it. Paxton recalled, “She did because she made blankets for babies. She’d give them away, and people would say, ‘Oh, you’re the best, thanks!’, they’d give her hugs, and they’d say ‘I love you.’ So she started buying more yarn ‘cause the more yarn she bought, the more blankets she made, the more love she received.” But she came to realize that any affection she gained was fleeting, and she was stuck in the situation of not being able to make blankets fast enough to use up all the yarn she’d amassed.

Sometimes people acquire things because they think they’ll eventually bring happiness to others. Paxton has observed this attitude among senior citizens. He says, “Their stuff represents decades and decades of hard work, and their self-worth and happiness comes from passing it back down to the next generation.” They take pride in the “good” crystal, the company china and the cabinet that displays these pieces, but they lose sight of the fact that the things have little value or meaning to people today. Paxton says, “My mom and my aunt fought over who got the china cabinet — [with] the grandkids, we’re fighting over who has to take it..”

Other times, the happiness we’re attempting to secure is more immediate. Paxton is a Gen X-er (someone born between 1965 and 1980), and he says about himself and his peers: “We’ve spent a long time trying to buy everything for our kids. We work so hard to provide … for [them] — cars, schools, camps, toys, clothes, books.” But this strategy backfires. He explains, “It becomes a bad cycle because I work hard, I buy things, I miss [doing] things with my kids, and I feel bad for not being there, so what do I have to do? I gotta buy more stuff.”

While the hoarding situations that he deals with are extreme, Paxton wants us to look with empathy at the humans behind them. He says, “All my hoarders — they’re good people … They’re looking for their happiness and self-worth in stuff.” While very few people will end up with thousands of skeins of yarn in their homes, many of us hold the same belief that hoarders do — that this TV/pair of shoes/antique watch/giant multipack of vitamins will make us happier in some way. As a result, we’re living with more objects than we need.

But if things don’t bring us happiness, what does? Paxton says that real contentment comes from the time we spend with other people and the relationships we build with them (and the research supports him). So if you’re ready to begin unburdening yourself, he has two don’ts.

DON’T ask yourself whether something sparks joy. Although the KonMari method does work for many, says Paxton, it’s not quite right for people who have a bit of a hoarder inside themselves. As he points out, “The problem is all of it sparks joy — that’s why I bought it!”

DON’T attempt to become a minimalist overnight. It’s tempting to think that if you simply jettisoned all your possessions, you’d instantly transform your home into a calm blank slate of a space. But, says Paxton, “that’s not realistic.”

What should we DO instead? Paxton’s philosophy is simple: Use it, or lose it. He explains, “If you actually use [the item], keep it. Because if you don’t … use it, you’re gonna lose it.” He means “lose” in the literal sense: He sees people lose “time, money, space, relationships and opportunities every day because they’re holding onto their stuff.”

Ready to lighten up? Here are a few more do’s from Paxton.

DO just get started. Clean out your space in short bursts, says Paxton. Don’t try to do it all in one day or weekend — that’s not enough time for people who have a lot of stuff. To begin, he says, “you can go for 10 minutes every night, 5 nights a week,” and he suggests focusing on a one-foot-by-one-foot area. As you progress, you can increase the time and square footage. “Be brutally honest with yourself,” advises Paxton. If you haven’t used the object in the last year and you have no definite plans to use it again, discard it.

Try to retain your humor and compassion as you clean. Otherwise, says Paxton, “it can get really depressing; I’ve got families that break up over this.” Rather than criticize yourself — or your partner — for keeping a pair of high-school jeans in the hopes of fitting into them, appreciate the optimism and nostalgia that led you or your partner to keep them, and then put them into a bag for the thrift store.

Speaking of thrift stores, DO donate as much as you can. If you have too much stuff, it means you’re probably better off than many other people, says Paxton. So share what you have. From his time on Hoarders, he has learned that the happiness we seek in buying and acquiring can also come from giving to others: “I promise you, every one of my clients would rather give something away than sell it for … money.”

However, limit donations to stuff that people will use or want. Should you find yourself with badly stained clothing, decade-old test-prep books or travel guides, one winter glove, or one lone Rollerblade, either recycle them (in the case of books or any paper products) or throw them in the trash. And if the items are unfit for donation but you truly believe that someone out there could use them, post them in the “free” section of your local craigslist site. If no takers respond within a week or two, toss them out.

Oh, and what to DO with old photographs? Paxton knows that these are some of the hardest objects for people to cull. His rule: “If you don’t know the name of anyone in the picture, I think it’s fair to [let it] go.” Fine, but what if you’re still left with a closet full of photo albums? Unless you plan to look through them all on a regular basis, “get a Ziploc gallon bag, and … put 20 pictures in it,” says Paxton. Dispose of the rest. We cling onto photos because of the memories and stories they contain, so be sure to share the anecdotes behind the images you keep. 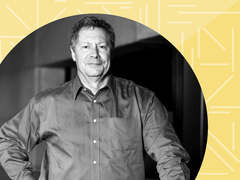 The quest for the coronavirus vaccine