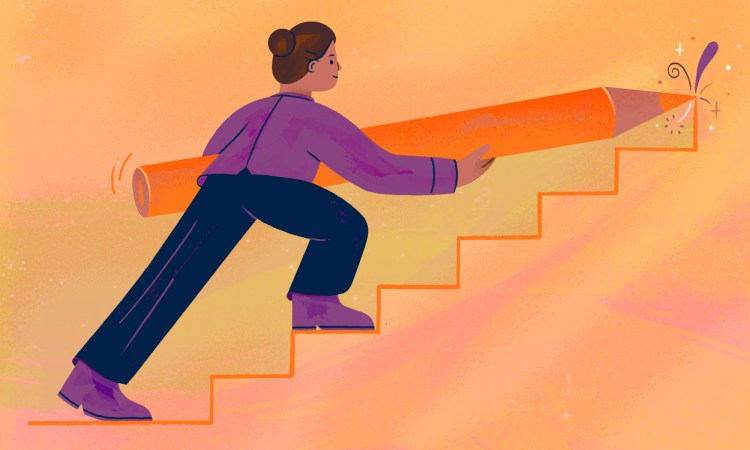 Anjali Sud, 37, is the CEO of Vimeo, a global video posting and sharing platform with over 850 employees, 200 million users and a staggering 350,000 videos added every single day. She was named CEO in 2017, and Vimeo became a publicly traded company last month.

In a recent LinkedIn Live discussion with TED, she admitted, “From the time I was a teenager, I dreamed of being a CEO.” Here is some of her advice on how you can get to the corner office from where you are. (This post was adapted from the Live conversation and lightly adapted for clarity.)

“I always wanted to be a leader. So at every stage of my career, I’ve always had very explicit conversations with my managers. Sometimes they went well, and sometimes they didn’t, but I’ve always owned my room and said, ‘I’m really ambitious, I would like to do X or Y, I think I can be useful. I want you to keep me in mind when this opportunity comes up,’ or ‘I think this could be a really interesting idea. What do you think?’

Instead of relying on my manager to just magically manage my career for me, I really put the onus on myself. You need to be comfortable being quite explicit about your career, and I describe myself as ‘unapologetically ambitious’. Some people are comfortable with that, while other people — especially women — are less comfortable. We have to break that stigma; we should celebrate people that want more. We just have to turn that conversation away from being a personal one and into a constructive, productive one about how that [ambition] helps the business. That will unlock a lot.”

2. … But be sure to know what you mean by leadership

“A number of young people I speak to feel this pressure that they have to move up in their career, and [I think they need to] clarify: What does that mean? Do they like to be in a creative space? Do they like managing large teams? So many people I talked to don’t want to manage large teams but they feel they have to in order to move up. And so you just really have to understand yourself, your motivations and your skill sets, then you have to try and map that to what the business needs.”

3. It’s possible to lead without having a formal leadership role

“The other thing that I did that helped me was I went out of my way to be useful and helpful to a lot of the other functions that weren’t exactly my job, and I did it in a sort of egoless, informal way. It’s funny — a lot of people feel like they need formal authority to lead, but I think the best leaders and best CEOs in the world don’t ever rely on formal authority. They win trust, and they inspire and empower people.

It’s a skill set that you can develop when you’re younger in your career and when you can’t rely on formal authority. You have to influence, and you have to develop relationships with people such that they will listen to you even though you may have no business having a perspective on something. Earlier in your career is the time to develop this and practice it.

Leadership is empowering people to do their best work and driving positive outcomes; those are the two skill sets you want to develop.

Find ways to say, ‘OK, you’re in marketing and you’re interested in product so how can you be useful to that product manager who sits next to you? How can you develop something that’s going to help them strengthen their pace to build what they want to build?’ I did a lot of that informally. I didn’t really realize what I was doing. I was working to learn, but actually that ended up giving me a lot of informal credibility and a lot of practice in leading.”

“Always protect your performance. When you’re in a role and you want to do more, you also have to make sure you’re doing your job well. This gives you credibility, allows you to earn trust, and opens opportunities for you to take on informal leadership roles that will help you in the future.

When I became CEO of Vimeo, there were a whole set of people who were my peers, and suddenly I became the boss. I never would have been successful in that transition if I hadn’t developed a reputation internally for being good at my job. You can’t take your eye off that.”

People who really care about the development of their peers share feedback in a way that’s meant to be helpful.

5. Effectively delivering feedback is a key component of leadership

“Leadership is empowering people to do their best work and driving positive outcomes; those are the two skill sets you want to develop. People who really care about the development of their peers share feedback in a way that’s meant to be helpful. The more you do this, the more it helps you develop a gut feeling of how to bring out the best in people. Ultimately that is really important.

6. So you made it to the top! Get ready to switch from “doer” to “enabler”

“[When I became CEO] the thing that changed the most for me is actually something I still work on every day today. I went from being a doer — someone who was in all the details, I knew every single person, I knew everything we were working on — to being an enabler. I realized that the skill set that allowed me to become a CEO was not necessarily the same skill set that would allow me to excel as a CEO.

Bringing in excellent folks is not only the right thing to do and good for the business but you can’t do more unless you’re empowering those around you.

Today, it’s not my job to be a doer, as much as I miss it. It’s my job to set a vision, to set clear expectations, to allocate resources so that people are set up for success, and to empower them. And to do that at scale. It is a very, very different mindset. It took a lot of learning and a lot of my team having to say, ‘Anjali, you got to get out of this.’ And honestly it is an instinct I still sometimes fight. Look, there are times when as a CEO or leader, you do need to be in the details, you need to be in them very, very much, so that skill set is still really important and I wouldn’t have gotten where I am today if I didn’t have it. But you really have to shift your mindset.”

7. Surround yourself with excellent people — including ones who disagree with you

“In order to enable people, you have to trust them. That requires you to learn how to trust more and to build people around you who are experts that are better than you, who don’t agree with you all the time, and who bring experiences that you might find intimidating or not agree with. The importance of bringing in excellent folks is not only the right thing to do and good for the business but you can’t do more unless you’re empowering those around you.”

As a leader, you have to make it really easy and comfortable for people to call you out when you’re wrong.

8. Want to bring everyone along with you? Keep it simple

“The key to keeping people on message is simplicity — boiling down what you need to do in a way that is simple and digestible, but that doesn’t lose the substance. That is so important. Once you have that digestible message, be consistent and repeat it.

At Vimeo, I start calls with a review of our strategy, our mission or vision, our priorities and what we must win in the next six months. Then I look at what’s working and what’s not. I use that framework in every meeting. Once others adopt that framework, it starts to become part of the vernacular of a company. It’s also not the most sexy and interesting but things like documentation are vital — having all of the information in a portal that everyone can experience and use.”

At any level, as you move up, just be aware of your blind spots and look for ways to create transparency.

9. The more power you hold, the more accountable and approachable you need to be

“When I became CEO, I began to notice that people were being less honest with me, either about something that they thought I didn’t do well or they disagreed with. So you have to make it really easy and comfortable for people to call you out when you’re wrong. That’s your job as a leader, because sometimes you just won’t have all the information. Especially as your team gets bigger or the company grows, there are more and more layers of abstraction and you become further removed from what’s actually happening on the ground. So by the time something bubbles up to you in the formal channels, it’s too late or it’s caused a ton of pain.

I think a lot about creating a culture where people are super-comfortable calling me out in meetings, you know, regardless of what level they’re at or what their title is. But I’m also trying to find ways and feedback mechanisms and other processes to catch blind spots. At any level, as you move up, just be aware of your blind spots and look for ways to create transparency.”

A message from our partner Lexus: In today’s world of machine intelligence, emotional intelligence is more important than ever. Modern leaders recognize this in the workplace and lead with their hearts and minds. For Lexus, empathy and understanding not only lead to innovation but to engineer our vehicles to a higher standard — the human standard.

Anjali Sud is the CEO of Vimeo, a global video posting and sharing platform. 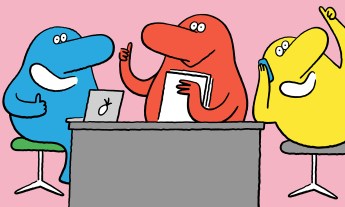 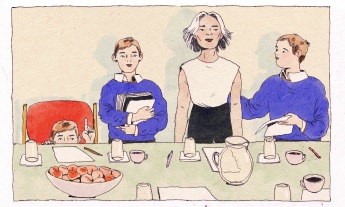