What I learned from teaching English in North Korea

Born and raised in Seoul, Suki Kim posed as an English teacher at an all-male university in Pyongyang run by evangelical Christians; she spent six months teaching the 19-year-old sons of North Korea’s ruling class. In this excerpt from her investigative memoir, she describes the experience.

“Essay” was a much-dreaded word among my students. It was the fall of 2011, and I was teaching English at Pyongyang University of Science and Technology in North Korea. Two hundred and seventy young men, and about 30 teachers, all Christian evangelicals besides me, were isolated together in a guarded compound, where our classes and movements were watched round the clock. Each lesson had to be approved by a group of North Korean staff known to us as the “counterparts.” Hoping to slip in information about the outside world, which we were not allowed to discuss, I had devised a lesson on essay writing, and it had been approved.

I had told my students that the essay would be as important as the final exam in calculating their grade for the semester, and they were very stressed. They were supposed to come up with their own topic and hand in a thesis and outline. When I asked them how it was going, they would sigh and say, “Disaster.”

I emphasized the importance of essays since, as scientists, they would one day have to write papers to prove their theories. But in reality, nothing was ever proven in their world, since everything was at the whim of the Great Leader. Their writing skills were as stunted as their research skills. Writing inevitably consisted of an endless repetition of his achievements, none of which was ever verified, since they lacked the concept of backing up a claim with evidence. A quick look at the articles in the daily paper revealed the exact same tone from start to finish, with neither progression nor pacing. There was no beginning and no end.

So the basic three- or five-paragraph essay — with a thesis, an introduction, a body paragraph with supporting details, and a conclusion — was entirely foreign to them. The idea they had the most difficulty comprehending was the introduction. I would tell them that it was like waving hello. How do you say hello in an interesting way, so that the reader is “hooked”? I offered many different examples, but still they would show up during office hours, shaking their heads and asking, “So this hook … what is it?”

Instead of a lesson on sources, which was not possible there, I asked that they read a simple essay from 1997 that quoted President Bill Clinton on how important it was to make all schools wired. The counterparts had approved it because it related to our current textbook theme of college education. I hoped that they would grasp the significance of the Internet and how behind they were. I also gave them four recent articles — from the Princeton Review, the New York Times, the Financial Times, and Harvard Magazine — that mentioned Mark Zuckerberg, Facebook and Twitter. None of the pieces evoked a response. Not even the sentence about Zuckerberg earning $100 billion from something he dreamed up in his college dorm seemed to interest them. It was possible that they viewed the reading as lies. Or perhaps the capitalist angle repelled them.

The next day, several students stopped by during office hours. They all wanted to change their essay topics. Curiously, the new topics they proposed all had to do with the ills of American society. One said he wanted to write about corporal punishment in American and Japanese middle schools. Another handed me a revised thesis: “Despite the harmful effect of nuclear weapons, some countries such as the United States keep developing nuclear weapons.” A third student wanted to write about the evils of allowing people to own guns so freely, in America. A fourth student asked me which country produced the most computer hackers; he had been taught that it was America. A fifth wanted to change his topic to divorce. There was no divorce in the DPRK, but in America the rate was more than 50 percent, and divorce led to crime and mental illness, according to him. “So what happens when people are unhappy here after being married for a while?” I asked. The student looked at me blankly. Still another student wanted to write about how McDonald’s was horrible. The same student then asked me, “So what kind of food does McDonald’s make?”

One thing was clear. Their collective decision to switch their essay topics to condemn America seemed to have been compelled by the articles about Zuckerberg. What I had intended as inspirational, they must have viewed as boasting and felt slighted. The nationalism that had been instilled in them for so many generations had produced a citizenry whose ego was so fragile that they refused to acknowledge the rest of the world.

My efforts to expand their awareness kept backfiring. When I had them write a paragraph about kimjang (the annual kimchi-making tradition), I was handed a pile of preachy, self-righteous tirades. Almost half the students claimed that kimchi was the most famous food in the world, and that all other nations were envious of it. One student wrote that the American government had named it the official food of the 1996 Atlanta Olympics. When I questioned him, he said everyone knew this fact, and that he could even prove it since his Korean textbook said so. A quick Internet search revealed that a Japanese manufacturer had claimed that kimchi was a Japanese dish and proposed it as an official Olympic food, but had been denied. Somehow this news item had been relayed to them in twisted form and was now treated as general knowledge.

To correct my students on each bit of misinformation was taxing and sometimes meant straying into dangerous territory. Another teacher said, “No way. Don’t touch that. If their book said it was true, you can’t tell them that it’s a lie.”

Sometimes they would ask why I never ate much white rice. They piled their trays with huge heaps of it at every meal, whereas I always put just a little on my tray. I explained that I liked white rice but did not care for it all the time. They asked what kinds of food I ate other than rice and naengmyun, their national dish. I couldn’t exactly go on about fresh fruit smoothies and eggs Benedict, so I named two Western dishes I knew they had heard of: spaghetti and hot dogs. I knew that North Koreans enjoyed their own version of sausage because I had seen them lining up for it at the International Trade Fair. One of the students then wrote in his kimjang homework, “Those Koreans who prefer hot dogs and spaghetti over kimchi bring shame on their motherland by forgetting the superiority of kimchi.” Nothing, it seemed, could break through their belligerent isolation; moreover, this attitude left no room for any argument, since all roads led to just one conclusion. I returned the paper to him with a comment: “Why is it not possible to like both spaghetti and kimchi?”

After several lessons on the essay, a student said to me at dinner, “A strange thing happened during our social science class this afternoon.”

They never volunteered information about their Juche class, so I listened intently.

The student continued, “We had to write an essay!” He explained that they normally wrote short compositions in Korean and he had never thought of them as essays before, but now he did, and it made him feel strange.

“What was so strange?” I asked.

“I don’t know,” he said, pausing thoughtfully. “I looked at it as an essay, and I realized that it was different now. Writing in English and writing in Korean are so different, but then it is also the same, and I kept thinking of the essay structure as I was writing it, and it made me feel strange.”

I did not question him further, but I thought I understood. It must have been deeply confusing to approach his writing on Juche like an essay. In his country there was no proof, no checks and balances — unless, of course, they wanted to prove that the Great Leader had single-handedly written hundreds of operas and thousands of books and saved the nation and done a miraculous number of things. Their entire system was designed not to be questioned, and to squash critical thinking. So the form of an essay, in which a thesis had to be proven, was antithetical to their entire system. The writer of an essay acknowledges the arguments opposing his thesis and refutes them. Here, opposition was not an option.

This is an excerpt from Without You, There Is No Us, Suki Kim’s investigative memoir of teaching English in North Korea during the last six months of Kim Jong-il’s reign.

All photos courtesy of Suki Kim.

Suki Kim is the author of the award-winning novel "The Interpreter" and the recipient of Guggenheim, Fulbright, and Open Society fellowships. She has been traveling to North Korea as a journalist since 2002; "Without You, There Is No Us," her memoir of teaching English there, was published in 2014. Her essays and articles have appeared in the New York Times, Harper’s, and the New York Review of Books. Born and raised in Seoul, she lives in New York.

A history curriculum that starts at the beginning of time 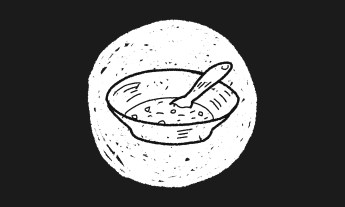 Desperate times during the famine in North Korea