“What I wish I’d known when I started my career”: 11 innovators tell us 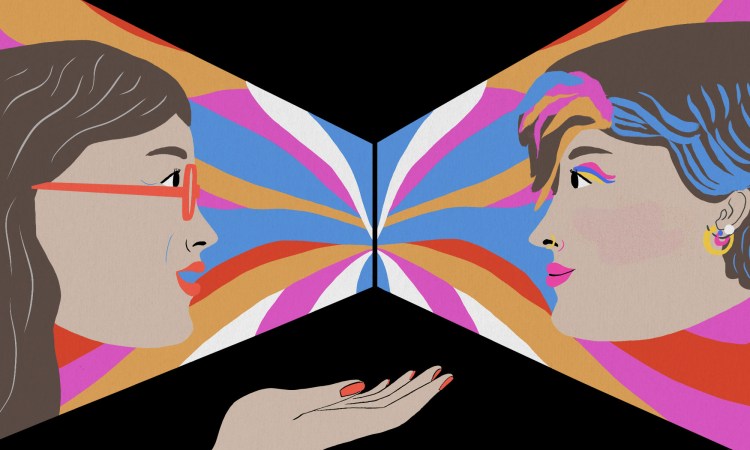 Everyone likes to talk about their victories. But what about the hurdles they overcame to achieve them? Below, 11 TED Fellows open up.

When we see CEOs, founders, influencers and other people highlighted in our daily scrolls on our devices, the individuals almost always look polished. They’re poised and confident, and they most surely achieve inbox zero at the end of every day. Yet what is rarely captured is the less photogenic stuff — the steady grind, the setbacks and sacrifices — that come on the way to success.

Whether you’re a recent grad navigating the job search or you’ve already earned an office (or, at least, a corner cubicle), rest assured that everyone deals with uncertainty and difficulty. And that includes the TED Fellows, who are innovators and emerging leaders in their respective disciplines. Here, they open up about the fumbles and stumbles we usually don’t see — and find out what they wish they knew when they were starting out.

1. Think about your next project or idea now — not later.

“Well, I wish I knew more about how to build a space telescope [laughs]. So I’m a professor now, and as a professor, you can set your own agenda and work on your own projects. I wish I had spent time earlier in my career thinking more about what projects I wanted to do and what I liked.

Previously, I was working on stuff that I liked but were other people’s ideas. The process of coming up with your own questions about the universe happens, but it takes time to get it to that way of thinking. Doing it earlier would’ve been better, which is now the advice I give to post-docs: ‘Start thinking about what it is you want to do next.’“
— Erika Hamden, astrophysicist (TED Talk: What it takes to launch a telescope)

2. Don’t be scared to fail or ask questions.

“I wish knew that it was OK to ask questions and that it’s OK to fail. By failing and asking questions — that’s actually exactly what you’re supposed to be doing in grad school. Your professors are waiting for you to come to them with questions or to say that you’re not doing well. I think things would be a lot easier if I knew that up front.

We all have this idea that we’re the only ones who feel that way. And that is literally part of the training in grad school, to overcome your fear that maybe you don’t belong there or you’re afraid to ask questions. But that’s what scientists do. They ask each other questions, and they don’t know the answers. It’s OK to fail, but you can short-circuit failure by asking for help.”
— Lauren Sallan, paleobiologist (TED Talk: How to win at evolution and survive a mass extinction)

“I wish I knew about negotiation — that between saying ‘yes’ or ‘no’ to something in my career, there will be room to explore and arrive at an ideal outcome through negotiation. I wish I knew that learning to negotiate is not an inherent talent, but it’s about accessing and receiving tools that build personal capability. I wish I knew more about owning ‘yes’s and ‘no’s and that ‘yes’ comes with responsibility and knowing your limits. I wish I knew that I might have to say ‘no’ to things in my career, too, and make choices, and that might come with experiencing loss.

Negotiation is agency. It’s about gently stepping into my own power. I am still learning this. It takes time and it’s based on life experiences, but I do wish I had the seeds for it when I was first starting out.”
— Jasmeen Patheja, artist and activist (TED Talk: Everyone deserves to be safe)

“I thought if I worked really, really hard and proved myself that I would be rewarded. That’s not really how things work. It’s usually who you know and who is advocating for you. In my experience, it’s usually not a meritocracy.

People will push back and say, ‘You’ve reached the height of your career as a deputy chief,’ but I did it by jumping through way more hoops than way less qualified men did. I believe if my gender were different, I would’ve had a much easier time in my career. I’m advocating for women to become police officers, but I never want to lie to them. It will be difficult, but it’s worth it because the more women that come into policing, we can change the culture.”
— Ivonne Roman, police captain

5. Although you may look different from your peers, you have just as much value.

“I wish I had known how difficult this was going to be. Mine is a profession without many indigenous people. In Zimbabwe and in most countries in Africa, the conservation field — especially wildlife conservation — is predominantly white. You’ll go to a meeting about lions or something like that, and you’re the only black person there or there are just a few of you. Sometimes you just feel so alone. Whenever this happens, I always remind myself that the reason I am in the meeting is because I have an important role to play and I will do my best to contribute.

I would say to someone who is starting a career in whatever field and experiencing something similar that they should focus on why they are there and the bigger picture, not on how they look — including the color of their skin — relative to other people around them. It is crucial to focus on the similarities and the goal that brought you together, and not on the differences. We should always keep in mind the contributions we can make and the impact and difference we can bring. And, most importantly, we should never be afraid of speaking up.”
— Moreangels Mbizah, lion conservationist

6. Look past your doubts.

“It’s tempting to say a lot of things, but I know it’s not true. Because if I knew how challenging it is, I wouldn’t have started. In a way, it’s better not to know. I wish I knew I could lean on myself and my capabilities to grow and learn, to go beyond the doubts of myself and others, [to believe] that I can lead my own company.

The other day my company was meeting with these examiners for a grant that I was applying for. It was a four-hour presentation that I did for someone who has supported us for a few years. At the end, an examiner — in front of the entire team — doubted if I should be the CEO of the company. This is something that wouldn’t have been said if I weren’t a woman. It’s important to support women like me and others in order to grow. Anything that can be done to support female-headed start-ups and help women succeed is really valuable.”
— Adital Ela, sustainability designer (TED Talk: Design innovation in Israel)

7. You need to come up with your own definition of success.

“It’s hard for me to think of myself as a ‘successful woman in the workplace.’ But then I realize that’s what I wish I knew: You define your success. There are no accomplishments that will satisfy you and make you feel like you’ve arrived.

I always strive for more, because that’s how my brain is wired. You need to learn to look at what you have accomplished and perceive it as a success, even if you still feel the same impulse to do better and do more. The measure of your success is you. It’s not the recognition you may get, a position you may hold, or how much money you might make.”
— Federica Bianco, urban astrophysicist

“I wish I knew that success isn’t a goal; it’s more of a stage or a feeling. You become successful, then you don’t. Then you do again.

It’s not permanent, and there’s no shame in it fizzling away, then making a reappearance. In fact, that is the norm. My career did change, but what impacts my vision more is how much my understanding and awareness of the surrounding elements shapes how I perceive it.”
— Eman Mohammed, photojournalist (TED Talk: The courage to tell a hidden story)

9. It’s not just the big leaps that count.

“I wish I knew about the power of small steps making big changes. Any ambitious goal is broken down into small steps, and sometimes you need to take the first step to see the next step.

Sometimes you even need to take a step back — for example, taking a lesser paying job that will help you grow as a professional and have more opportunities.”
— Olga Yurkova, journalist and editor (TED Talk: Inside the fight against Russia’s fake news empire)

10. Dreams take their own time.

“Dreams fuelled by a desire to do good have a way of breaking through, like a seed bursting out and finding cracks in the concrete to reach the light. There are no deadlines to materialize dreams. They take their own time and shape, so relax and focus only on doing the deep work. Nothing else.

Also, you cannot see the wider possibilities of your work yet. There is so much to discover. Do not limit yourself by having concrete goals. Enjoy the process of discovery.”
— Anita Doron, filmmaker

11. You can always start a new journey.

“I started [working in film] so late. I was 26. It’s a career that in developed countries, kids who were in elementary school, middle school, high school had more experience than a person like me [who grew up in China]. I didn’t know how to use a camera when I was 26, and a 6-year-old or a 16-year-old was more tech savvy than me. For a while, I had a sense of not knowing if this was even possible to be a career. I wish I knew that it is possible.

If there’s someone like me who is intimidated to pursue [a career like mine], I would tell them that it’s not too late to start. My hope is to always remind myself that. If one day I don’t want to do this anymore and I want to quit, that I’ll have the courage to start something new again whether I’m 50 or 60 — to take a new journey if I find something else that I like.”
— Nanfu Wang, documentary filmmaker

How the next generation should innovate