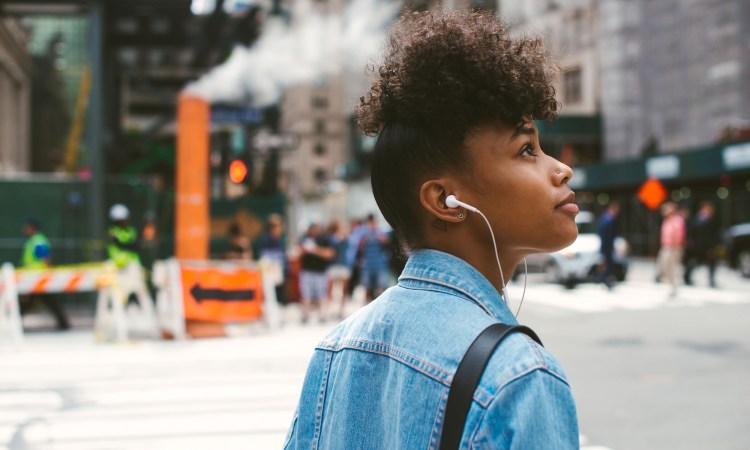 There is great peace to be discovered in beauty, says writer Ryan Holiday. It’s all around us in expected places like nature, love and our loved ones but in less-expected ones, too — the smell of asphalt before the rain, dusty pawprints on a car, the fleeting quiet of an empty inbox.

On Wednesday morning, February 23, 1944, Anne Frank climbed up to the attic above the annex where her family had been hiding for two years. She went to visit Peter, the young Jewish boy who lived with them. After Peter finished his chores, the two sat down at Anne’s favorite spot on the floor and looked out the small window to the world they’d been forced to leave behind.

Staring at the blue sky, the leafless chestnut tree below, birds swooping and diving in the air, the two were entranced to the point of speechlessness. It was so quiet, so serene, so open compared to their cramped quarters. It was almost as if the world wasn’t at war, as if Hitler had not already killed millions of people and their families didn’t spend each day at risk of joining the dead.

Despite it all, beauty seemed to reign. “As long as this exists,” Anne thought to herself, “this sunshine and this cloudless sky, and as long as I can enjoy it, how can I be sad?”

“Beauty remains, even in misfortune,” Anne Frank wrote. “If you just look for it, you discover more and more happiness and regain your balance.”

She would later write in her diary that nature was a kind of cure-all, a comfort available to any and all who suffer. Indeed, whether it was the blooming of spring or the starkness of winter, even when it was dark and raining, or when it was too dangerous to open the window and she had to sit in the stifling, suffocating heat, Anne always managed to find something to boost her spirits and center herself.

“Beauty remains, even in misfortune,” she wrote. “If you just look for it, you discover more and more happiness and regain your balance.”

How true that is. And what a source of peace and strength beauty can be.

The trackless woods. A quiet child, lying on her belly, reading a book. The clouds cutting over the wing of an airplane, its exhausted passengers all asleep. A man reading in his seat. A woman sleeping. A flight attendant resting her feet. The rosy fingertips of dawn coming up over the mountain. A song on repeat. That song’s beat, lining up exactly with the rhythm of events. The pleasure of getting an assignment in before a deadline. The temporary quiet of an empty inbox. This is stillness.

Beautiful moments are available to us whenever we want them. All we have to do is open our souls.

In 1926, writer Rose Wilder Lane wrote of looking out over the grassy plateau in Tbilisi, the capital of Georgia:

Here there was only sky, and a stillness made audible by the brittle grass. Emptiness was so perfect all around me that I felt a part of it, empty myself; there was a moment in which I was nothing at all — almost nothing at all.

The term for this is exstasis — a heavenly experience that lets us step outside ourselves. These beautiful moments are available to us whenever we want them. All we have to do is open our souls to them.

There is a story about the Zen master Hyakujo, who was approached by two students as he began his morning chores on the farm attached to his temple. When the students asked him to teach them about the Way, he replied, “You open the farm for me and I will talk to you about the great principle of Zen.”

After they finished their labors and walked to the master for their lesson, he simply turned to face the fields, which the sun was just then rising above, extended his arms out in the direction of the serene expanse, and said nothing. That was the Way.

Nature. The cultivated soil. The growing crops. The satisfaction of good hard work. The poetry of the earth.

The philosopher must cultivate the poet’s eye — the ability to see beauty, even in the banal or terrible.

Not that all beauty is so immediately beautiful. We’re not always on the farm or at the beach or gazing out over sweeping canyon views. Which is why the philosopher must cultivate the poet’s eye — the ability to see beauty everywhere, even in the banal or the terrible.

Marcus Aurelius, who is supposedly this dark, depressive Stoic, loved beauty in his own Walt Whitman-esque way. Why else would he write so vividly of the ordinary way that “baking bread splits in places and those cracks, while not intended in the baker’s art, catch our eye and serve to stir our appetite,” or the “charm and allure” of nature’s process, the “stalks of ripe grain bending low, the frowning brow of the lion, the foam dripping from the boar’s mouth.”

Even of dying, he writes, “Pass through this brief patch of time in harmony with nature. Come to your final resting place gracefully, just as a ripened olive might drop, praising the earth that nourished it and grateful to the tree that gave it growth.”

The philosopher and the poet, seeing the world the same way, both engaged in the same pursuit, as Thomas Aquinas said, the study of “wonder.”

Even if we can’t visit, we can think of drifting down a slow-moving river, of the warmth of a campfire.

It was Edward Abbey, the environmental activist and writer, who said that even the word “wildness” itself was music. It’s music we can listen to anytime we like, wherever we live, whatever we do for a living. Even if we can’t visit, we can think of traipsing through the pine-bedded floor of the forest, of drifting down a slow-moving river, of the warmth of a campfire. Or, like Anne Frank, we can simply look out our window to see a tree. In doing this, in noticing, we become alive to the stillness.

It is not the sign of a healthy soul to find beauty in superficial things — the adulation of the crowd, fancy cars, enormous estates, glittering awards. Nor to be made miserable by the ugliness of the world — the critics and haters, the suffering of the innocent, injuries, pain and loss. It is better to find beauty in all places and things. Because it does surround us. And will nourish us if we let it.

The soft paw prints of a cat on the dusty trunk of a car. The hot steam wafting from the vents on a New York City morning. The smell of asphalt just as rain begins to fall. The sound of a pen signing a contract, binding two parties together. The courage of a mosquito sucking blood from a human who can so easily crush it. A basket full of vegetables from the garden. The hard right angles that passing trucks cut out of the drooping branches of trees next to a busy road. A floor filled with a child’s toys, arranged in the chaos of exhausted enjoyment. A city that is the accumulation of hundreds of years of spasmodic, independent development.

Are you starting to see how this works?

It’s ironic that stillness is rare and fleeting in our busy lives, because the world creates an inexhaustible supply of it. It’s just that nobody’s looking. After his breakdown and nearly two years of struggle and depression resulting from overstimulation and too much study, where did John Stuart Mill find peace again for the first time? In the poetry of William Wordsworth. And what was the inspiration of so much of Wordsworth’s poetry? Nature.

Theodore Roosevelt was sent west by his doctor after the death of his mother and wife to lose himself in the bigness of the Dakota Badlands. Yes, Teddy was a hunter and a rancher and a man’s man, but his two greatest passions? Sitting quietly on a porch with a book and birdwatching.

Don’t let the beauty of life escape you. See the world as the temple that it is.

The Japanese have a concept called shinrin yoku — forest bathing — which is a form of therapy that uses nature as a treatment for mental and spiritual issues. Hardly a week passed, even when he was president, that Roosevelt didn’t take a forest bath of some kind. How much cleaner we would feel if we took these baths as often as we took hot showers. How much more present we would be if we saw what was around us.

“Bathe” is an important word. There is something about water, isn’t there? The sight of it. The sound of it. The feel of it. Those seeking stillness could find worse ways to wash away the troubles and turbulence of the world than water. A dive into a river. The bubbling fountain in a garden. The reflecting pool of a memorial for those we have lost. Even, in a pinch, a sound machine that plays the noises of crashing ocean waves.

To those reeling from trauma or a stressful profession as much as to those suffering from the ennui of modern life, professor John Stilgoe has simple advice:

Get out now. Not just outside, but beyond the trap of the programmed electronic age so gently closing around so many people Go outside, move deliberately, then relax, slow down, look around. Do not jog. Do not run … Instead pay attention to everything that abuts the rural road, the city street, the suburban boulevard. Walk. Stroll. Saunter. Ride a bike and coast along a lot. Explore.

There is peace in this. It is always available to you. Don’t let the beauty of life escape you. See the world as the temple that it is. Let every experience be churchlike. Marvel at the fact that any of this exists — that you exist. Even when we are killing each other in pointless wars, even when we are killing ourselves with pointless work, we can stop and bathe in the beauty that surrounds us, always. Let it calm you. Let it cleanse you.

To learn more about the philosophy of stoicism, watch this TED-Ed video:

Ryan Holiday is the author of numerous bestselling books one of the world's bestselling including The Obstacle Is the Way, Ego Is the Enemy, The Daily Stoic and the #1 New York Times bestseller Stillness Is the Key. They've been published in more than 40 languages and have sold more than 4 million copies. He also owns a bookstore, The Painted Porch, which sits on historic Main Street in the town of Bastrop, Texas. 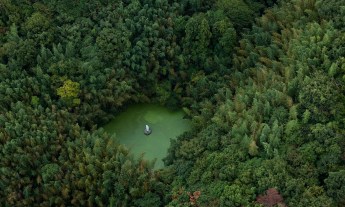 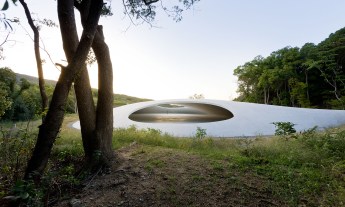 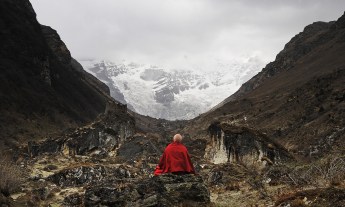 Want to be happy? Slow down 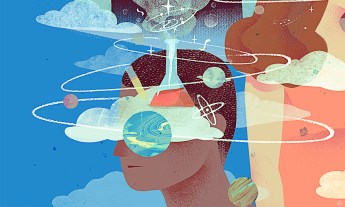