Cultures, nations and religions are not rocks — they’re always changing 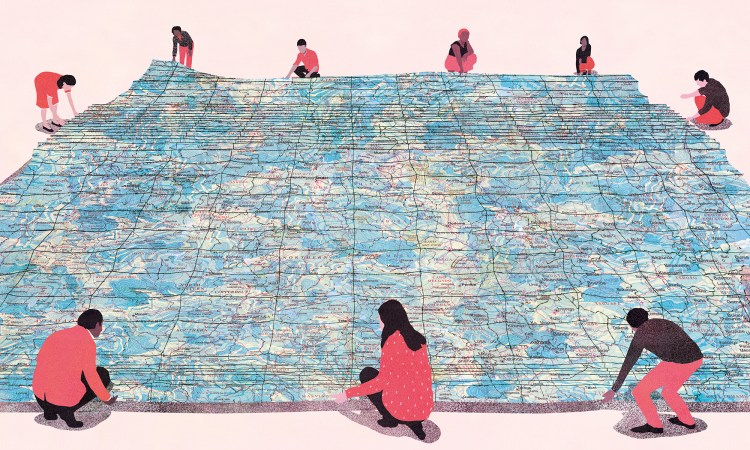 “Africa is doomed to be poor” — that wrongheaded statement is an example of the destiny instinct, the belief that innate characteristics determine the destinies of countries or cultures, says the late global health expert Hans Rosling. Here’s why it happens and how to overcome it.

On May 12, 2013, I had the great privilege of addressing 500 women leaders from across the continent at an African Union conference called “The African Renaissance and Agenda for 2063.” It was the lecture of my life. In my 30-minute slot in the Plenary Hall of the African Union’s beautiful headquarters in Addis Ababa, I summarized decades of research on female small-scale farmers and explained how extreme poverty could be ended in Africa within 20 years.

Nkosazana Dlamini-Zuma, the chairwoman of the African Union, sat right in front of me. Afterward, she came up and thanked me and I asked her what she thought of my performance. Her answer was a shock.

“Well,” she said, “the graphics were nice, and you are good at talking, but you don’t have any vision.” Her tone was kind, which made what she was saying even more shocking to me.

“What?! You think I lack vision?” I asked in offended disbelief.

“But I said that extreme poverty in Africa could be history within 20 years.”

Nkosazana’s response came in a low voice. “Oh, yes, you talked about eradicating extreme poverty, which is a beginning, but you stopped there. Do you think Africans will settle with getting rid of extreme poverty and be happy living in only ordinary poverty?” She looked at me without anger but also without a smile. “As a finishing remark you said that you hoped your grandchildren would come as tourists to Africa and travel on the new high-speed trains we plan to build. What kind of a vision is that? It is the same old European vision.”

Nkosazana looked me straight in my eyes. “It is my grandchildren who are going to visit your continent and travel on your high-speed trains and visit that exotic ice hotel I’ve heard you have up in northern Sweden. It is going to take a long time, we know that. It is going to take lots of wise decisions and large investments. But my 50-year vision is that Africans will be welcome tourists in Europe and not unwanted refugees.” Then she broke into a broad, warm smile. “But the graphics were really nice. Now let’s go and have some coffee.”

This instinct to see things as unchanging blinds us to the revolutionary transformations in societies happening all around us.

Addressing the African Union after a professional lifetime of collaboration with African scholars and institutions, I was absolutely convinced that I shared their great vision. I thought I was one of the few Europeans who could see what change was possible. But after delivering the most cherished lecture of my life, I realized I was still stuck in an old, static, colonial mindset. I was still not really imagining “they” could ever catch up with “us.”

I had fallen for what I call “the destiny instinct” — the idea that innate characteristics determine the destinies of people, countries, religions or cultures. It’s the idea that things are as they are for ineluctable, inescapable reasons: they have always been this way and will never change.

It is easy to see how this instinct would have served an evolutionary purpose. Historically, humans lived in surroundings that didn’t change much. Learning how things worked and then assuming they would continue to work that way rather than constantly reevaluating was probably an excellent survival strategy. It’s also easy to understand how claiming a particular destiny for your group can be useful in uniting that group. But today, this instinct to see things as unchanging, this instinct not to update our knowledge, blinds us to the revolutionary transformations in societies happening all around us.

A common expression of the destiny instinct is that this or that religion or continent or culture or nation will (or must) never change, because of its traditional and unchanging “values”: again and again, it’s the same idea in dif­ferent costumes. At first sight, there appears to be some analysis going on. On closer inspection, our instincts have often fooled us. These lofty statements are often simply feelings disguised as facts.

Each of the 50 African countries south of the Sahara reduced its child mortality faster than Sweden did. How can that not be counted as incredible progress?

The idea that Africa is destined to remain poor is very common but often seems to be based on no more than a feeling. If you like your opinions to be based on facts, this is what you need to know. Yes, Africa is lagging behind other continents, on average. The average lifespan of a newborn baby in Africa today is 65 years. That’s a staggering 17 years less than a baby born today in Western Europe. But you know how misleading averages can be, and the differences within Africa are immense. Not all African countries are behind. Five large African countries (Tunisia, Algeria, Morocco, Libya, and Egypt) have life expectancies above the world average of 72 years. They are where Sweden was in 1970.

Those despairing of Africa may not be convinced, saying that these are all Arab countries on the north coast of Africa and not the Africa they had in mind. However, in the last 60 years the African countries south of the Sahara almost all went from being colonies to being independent states. They expanded their education, electricity, water and sanitation infrastructures at the same steady speed as that achieved by the countries of Europe when they went through their own miracles. And each of the 50 countries south of the Sahara reduced its child mortality faster than Sweden ever did. How can that not be counted as incredible progress?

Perhaps because, though things are much better, they are still bad. If you look for poor people in Africa, of course you will find them. But there was extreme poverty in Sweden 90 years ago, too. And just 50 years ago, China, India and South Korea were all way behind where sub-Saharan Africa is today in most ways, and Asia’s destiny was then thought to be what Africa’s destiny is supposed to be now.

Roughly half a billion people in Africa today are stuck in extreme poverty. If it is their destiny to stay that way, then there must be something unique about this particular group of poor people compared with the billions across the world, including in Africa, who have already escaped extreme poverty. I don’t think there is.

I think the last to leave extreme poverty will be the poorest farmers stuck on low-yield soils and surrounded by or close to conflicts. That probably accounts today for 200 million people, just over half of whom live in Africa. For sure they have an extraordinarily difficult time ahead of them — not because of their unchanging and unchangeable culture, but because of the soil and the conflicts.

But I hold out hope even for them, because this is exactly how hopeless extreme poverty has always seemed. During their terrible famines and conflicts, progress in China, Bangladesh and Vietnam seemed impossible. Today these countries probably produced most of the clothes in your wardrobe. Thirty-five years ago, India was where Mozambique is today. It is fully possible that within 30 years Mozambique will transform itself, just as India has done. Mozambique has a long, beautiful coast on the Indian Ocean, the future center of global trade. Why should it not prosper?

Nobody can predict the future with 100 percent certainty. I’m not convinced it will happen. But I am a possibilist and these facts convince me: it is possible.

Here are 4 ways you can control the destiny instinct

How can we help our brains to see that rocks move; that the way things are now is neither how they have always been nor how they are always meant to be?

Talk to your grandpa.

If you are tempted to claim that values are unchanging, try comparing your own values with those of your parents, or your grandparents — or your children or your grandchildren. Try getting hold of public opinion polls for your country from 30 years ago. You will almost certainly see radical change.

Slow change is not no change.

In the third century BC, the world’s first nature reserve was created by King Devanampiya Tissa in Sri Lanka. It took more than 2,000 years for a European, in West Yorkshire, to get a similar idea, and another 50 years after that before Yellowstone National Park was established in the US. By the year 1900, 0.03 percent of the Earth’s land surface was protected; by 1930 it was 0.2 percent. Slowly, slowly, one forest at a time, the number climbed, although the annual increase was almost imperceptible. Today a stunning 15 percent of the Earth’s surface is protected, and the number is still climbing.

People often tilt their heads and say “it’s our culture” or “it’s their culture,” which gives the impression that it has always been that way and always will be. So turn your head around and look for some counterexamples. Here’s one example. Many Swedes think of the United States as having very conservative values. But look at how quickly attitudes towards homosexuality have changed there. In 1996, a minority of 27 percent supported same-sex marriage. Today that number is 72 percent and rising.

Be prepared to update your knowledge.

It’s relaxing to think that knowledge has no sell-by date: that once you have learned something, it stays fresh forever and you never have to learn it again. In the social sciences, however, even the most basic knowledge goes off very quickly. As with milk or vegetables, you have to keep getting it fresh. To control the destiny instinct, stay open to new data and be prepared to keep freshening up your knowledge.

Excerpted from the new book Factfulness: Ten Reasons We’re Wrong About the World — and Why Things Are Better Than You Think by Hans Rosling with Anna Rosling Rönnlund and Ola Rosling. Reprinted with permission from Flatiron Books, a division of Macmillan Publishers. © 2018 Factfulness AB.

Hans Rosling was a medical doctor, professor of international health and renowned public educator. He was an adviser to the World Health Organization and UNICEF, and co-founded Médecins sans Frontières in Sweden and the Gapminder Foundation. His TED talks have been viewed more than 35 million times. Rosling died in 2017, having devoted the last years of his life to writing Factfulness.

Anna Rosling Rönnlund is the daughter-in-law of Hans Rosling, and she co-founded the Gapminder Foundation. After Google acquired the bubble-chart tool called Trendalyzer, which she and Ola Rosling invented and designed, she became the team’s senior user experience (UX) designer.

Ola Rosling is the son of Hans Rosling, and he co-founded the Gapminder Foundation. He served as its director from 2005 to 2007 and from 2010 to the present day. After Google acquired the bubble-chart tool called Trendalyzer, which he and Anna Rosling Rönnlund invented and designed, he became head of Google's Public Data Team. 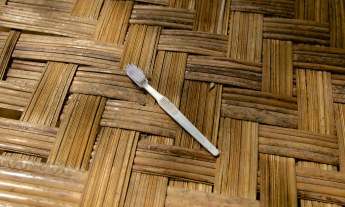 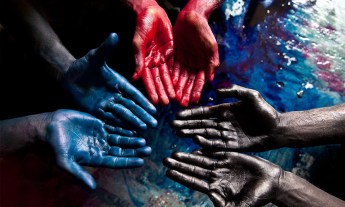