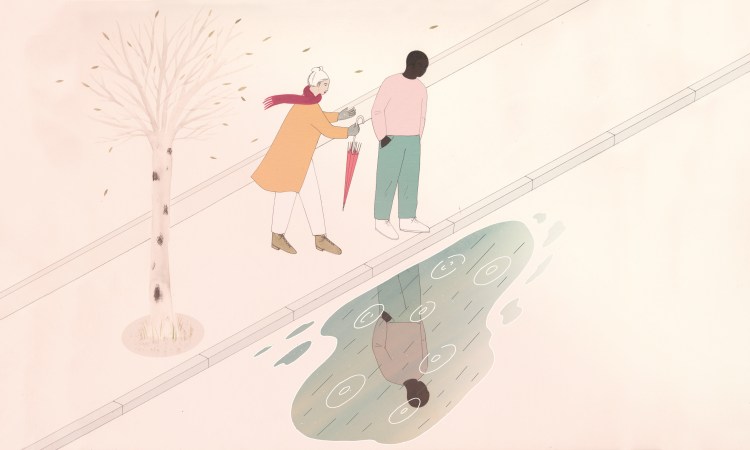 Some heartfelt advice from writer Bill Bernat, who’s been there

When I lived with severe depression and social anxiety, I found it extremely difficult to talk to strangers. Yet the one conversation that uplifted me more than any other occurred in the dining hall of the mental health wing of a mountain-town hospital. I met a woman who told me that a few days earlier, she’d driven her Jeep Wrangler to the edge of the Grand Canyon. She sat there, revving the engine and thinking about driving over.

She described what had been going on in her life in the days and months leading up, what her thoughts were at that exact moment, why she wanted to die, and why she didn’t do it. We nodded and half-smiled, and then it was my turn to talk about my journey to our table in that fine dining establishment. I had taken too many sleeping pills. After the doctors treated me, they were like, “Hey, we’d love it if you would be our guest in the psych ward!”

That day, she and I talked shop. She allowed me to be deeply depressed and simultaneously have a genuine connection to another person. For the first time, I identified as someone living with depression and I felt, oddly, good about it — or rather, like I wasn’t a bad person for having it.

Now, imagine one of the people at that table was a member of your family or a close friend who told you they were really depressed. Would you be comfortable talking to them?

Depression doesn’t diminish a person’s desire to connect with other people, just their ability.

The World Health Organization says that depression is the leading cause of ill health and disability worldwide, affecting more than 300 million people. In the United States, the National Institute of Mental Health reports 7 percent of Americans experience depression in a year. But while depression is super common, in my experience most folks don’t want to talk to depressed people unless we pretend to be happy. So we learn to put on a cheerful façade for casual interactions, like buying a pumpkin spice latte. The average barista doesn’t want to know that a customer is trapped in the infinite darkness of their soul.

Depression doesn’t diminish a person’s desire to connect with other people, just their ability. And despite what you might think, talking to friends and family living with depression can be easy and maybe fun. Not like Facebook-selfie-with-Lady-Gaga-at-an-underground-party fun — instead, I’m talking about the kind of fun where people enjoy each other’s company effortlessly, no one feels awkward, and no one accuses the sad person of ruining the holidays.

There’s a chasm that exists. On one side are people with depression, and on the other side is everyone else and they’re asking, “Why you gotta be so depressed?”

I’ve noticed there’s a chasm that exists. On the one side are those people living with depression, who may act in off-putting or confusing ways because they’re fighting a war in their head that nobody else can see. On the other side is everyone else, and they’re looking across the divide, shaking their heads, and asking, ‘Why you gotta be so depressed?’

I began battling depression when I was eight, and decades later, to my surprise, I started winning that battle. I shifted from being miserable much of the time to enjoying life. Today I live pretty well with bipolar disorder, and I’ve overcome some other mental health conditions, like overeating, addiction and social anxiety. As someone who lives on both sides of this chasm, I want to offer you some guidance based on my experiences to help you build a bridge across. I’ve also talked to a lot of people who’ve lived with depression to refine these suggestions.

Please don’t let our lack of bubbly happiness freak you out. Sadness doesn’t need to be treated with the urgency of a shark attack.

Before I get to the dos, here are the don’ts — some things you might want to avoid when talking to someone who’s depressed.

Don’t say “Just get over it.” That’s a great idea – we love it —  but there’s just one problem: we already thought of that. The inability to “just get over it” is depression. Depression is an illness, so it’s no different from telling someone with a broken ankle or cancer to “just get over it.” Try not to fix us — your pressure to be “normal” can make us depressed people feel like we’re disappointing you.

Don’t insist that the things which make other people feel better will work for us. For example, you cannot cure clinical depression by eating ice cream, which is unfortunate because that would be living the dream.

Don’t take it personally if we respond negatively to your advice. I have a friend who, about a year ago, messaged me saying he was feeling really isolated and depressed. I suggested some things for him to do, and he was like, “No, no, and no.” I got mad, like, “How dare he not embrace my brilliant wisdom!” Then I remembered the times I’ve been depressed and how I thought I was doomed in all possible futures and everybody hated me. It didn’t matter how many people told me otherwise; I didn’t believe them. So I let my friend know I cared, and I didn’t take his response personally.

Don’t think that being sad and being OK are incompatible. Please don’t let our lack of bubbly happiness freak you out. Sadness does not need to be treated with the urgency of a shark attack. Yes, we can be sad and OK at the exact same time. TV, movies, popular songs and even people tell us if we’re not happy, there’s something wrong. We’re taught that sadness is unnatural, and we must resist it. In truth, it’s natural and it’s healthy to accept sadness and know it won’t last forever.

Talk to a depressed person as if their life is just as valuable, intense and beautiful as yours.

And here are some dos.

Do talk to us in your natural voice. You don’t need to put on a sad voice because we’re depressed; do you sneeze when you’re talking to somebody with a cold? It’s not rude for you to be upbeat around us.

Do absolve yourself of responsibility for the depressed person. You might be afraid that if you talk to them, you’re responsible for their well-being, that you need to “fix” them and solve their problems. You’re not expected to be Dr. Phil — just be friendly, more like Ellen. You may worry that you won’t know what to say, but words are not the most important thing — your presence is.

Do be clear about what you can and cannot do for us. I’ve told people, “Hey, call or text me anytime, but I might not be able to get back to you that same day.” It’s totally cool for you to make a narrow offer with really clear boundaries. Give us a sense of control by getting our consent about what you’re planning to do. A while back when I was having a depressive episode, a friend reached out and said, “Hey, I want to check in with you. Can I call you every day? Or, maybe text you every day and call you later in the week? What works for you?” By asking for my permission, she earned my confidence and remains one of my best friends today.

Do interact with us about normal stuff or ask us for help. When people were worried about a friend of mine, they’d call him and ask if he wanted to go shopping or help them clean out their garage. This was a great way to reach out. They were engaging with him without calling attention to his depression. He knew they cared, but he didn’t feel embarrassed or like a burden. (Yes, your depressed friends could be a good source of free labor!) Invite them to contribute to your life in some way, even if it’s as small as asking you to go see a movie that you wanted to see in the theater.

This is, by no means, a definitive list. All of these suggestions are grounded in one guiding principle: speaking to someone like they belong and can contribute. That’s what allowed the woman in the Jeep Wrangler to start me on my path to recovery without even trying: She spoke to me like I was OK and had something to offer exactly as I was at that moment. Talk to a depressed person as if their life is just as valuable, intense and beautiful as yours. If you focus on that, it might just be the most uplifting conversation of their life.

This piece was adapted from a talk given at TEDxSnoIsleLibraries2017.

The value of your humanity in an automated future 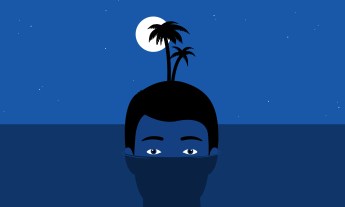 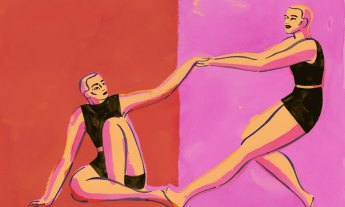