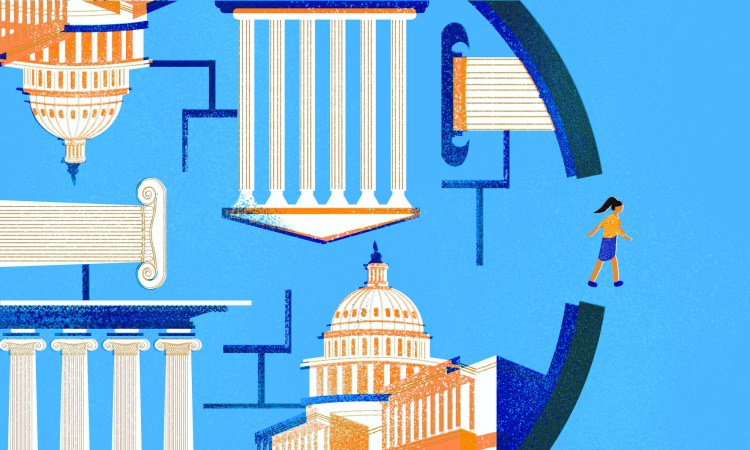 US activist Amanda Nguyen has continually defied the odds to pass bipartisan legislation in today’s divided times. She tells us how she did it — and how you can do it, too.

At 26 years old, Amanda Nguyen has already helped pass 11 laws in the US — one federal law and 10 state laws. “If I was a member of Congress, I would be the most successful member of Congress in modern history,” she jokes.

As a survivor of sexual assault in college, Nguyen (TED Talk: Re-writing laws to help sexual assault survivors) was stunned by the unjust patchwork of rights provided by the criminal justice system — including national inconsistencies with the cost of rape kits to survivors, how long rape kits are preserved, and how easily survivors can access their own medical records. So Nguyen decided to write her own rights into existence.

In 2014, she founded Rise, a Washington, DC-based nonprofit organization with a mission to standardize comprehensive protections for the 25 million rape survivors in the US. Thanks to Rise’s activism, a Sexual Assault Survivors’ Bill of Rights was signed into law in 2016 by President Obama after passing the US Senate and House of Representatives unanimously — a remarkable achievement, as only 0.016 percent of substantive bills have passed the House and Senate unanimously since 1989.

But because most sexual assault cases are prosecuted at the state level, Nguyen, a TED Fellow, has hit the road to pass a version of the law state by state. In October, the latest bill was signed into law in Nguyen’s home state of California. This means Rise has written and passed one bill once every month for the last year.

This is an impressive feat for anyone at any point in US history, but especially now. Below, Nguyen shares her organizing experiences and offers practical guidance on how you can turn your own cause into law. 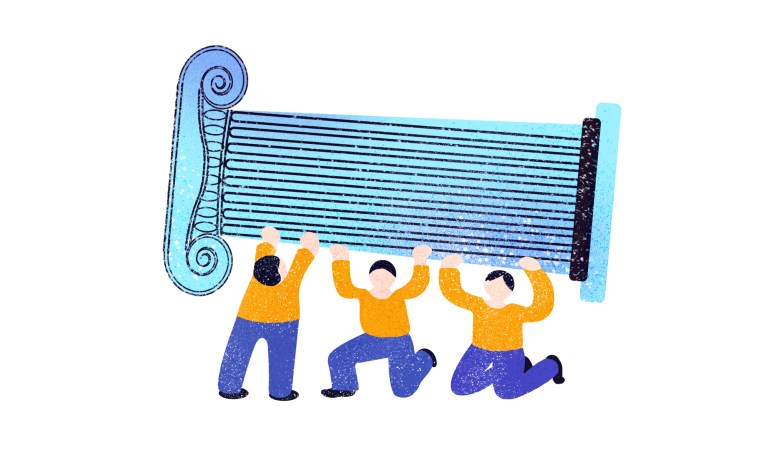 Recruit an army to join you — you can’t do it alone.

While it takes only one person to start a movement, in order to sustain it you’ll need to convince others why your movement matters.

Rise emerged from a single email Nguyen sent in 2014 to everyone she knew relaying her experience as a sexual assault survivor and asking for help passing a bill of rights for other survivors in Massachusetts, where she had attended college. Within months of the e-mail, Rise had formed, and along with it, an army of devoted part-time employees and volunteers. “It was super grass-roots,” she says. “The most important thing about building a team is finding people who are passionate, who are driven by the mission and who will put in the hours to advance that mission.”

Build a bipartisan coalition before introducing your bill.

Today, just about any issue can be politicized. “Sexual assault shouldn’t be polarizing, but politicians will often co-opt issues and make them polarizing, because that may benefit their campaign,” Nguyen says. She knew if support for rights for sexual assault survivors somehow split along party lines, her bill wouldn’t stand a chance.

So before presenting a bill to a politician or even raising her case in the media, she reached out to a diverse group of organizations across the political spectrum that were interested in reform and urged them to band together to make the US criminal justice system fairer for sexual assault survivors. This initial coalition included sexual and reproductive justice nonprofits, law enforcement groups, progressive and conservative legal scholars, innocence defense community groups and healthcare providers.

“Given the democratic structures that are in place, to actually create concrete change in legislative reform or in civil rights, you need to be able to get people to work together,” Nguyen says. “This is why it is ever more important that issues are presented in a way that can build consensus within all communities.”

Model your bill on another successful bill.

The federal version of the Sexual Assault Survivors’ Bill of Rights was modeled after the 2004 Federal Crime Victims’ Rights Act, which standardized protections for victims in federal criminal cases. “The biggest selling point of our federal law and all of our laws is that pieces of our model bill have legal precedent somewhere in this country already,” Nguyen says. “We’re recommending laws that communities have already implemented and have proven success.”

After the Crime Victims’ Rights Act was passed at the federal level, it was eventually passed state by state — a tactic Nguyen is also using, as most rape cases are tried at the state level. “If you can make it in Congress, then you can make it anywhere,” she says. “Now, every single state who wants to pass a version of our federal bill can point to their leadership in Washington, and say, ‘Hey, everybody voted on this. This is something that is safe for us to support too.’”

We’re often urged to call our member of Congress if we want to see change on the issues we care about. But Nguyen says that he or she is likely not the most effective person to petition. “It’s basic civics,” she explains.

At the federal level, once a bill is introduced in either the Senate or the House of Representatives, it first goes to committee. The chair of that committee has the authority to put the bill up for a vote — or kill it. “Hierarchy and leadership are really important in getting a bill through,” Nguyen says. “It’s really important to get the committee chair to understand why your bill needs to have a vote, because the chair controls the agenda of voting.” Because Nguyen’s bill pertained to civil rights, she worked closely with the chairs of the Judiciary Committees in the Senate and House, Chuck Grassley (R-Iowa) and Bob Goodlatte (R-Virginia), to pass the federal bill.

In addition to the committee chairs, the other two most important people to work with in Congress are the Speaker of the House and the Majority Leader of the Senate. They have the full authority to bring up your bill for a vote after it has gone through committee. Once a bill has passed both the House and the Senate — which Nguyen’s bill did unanimously — it lands on the President’s desk and if signed, the bill becomes a law.

In general, state laws are passed in the exact same way: a successful bill moves through committee, passes both of the state’s houses, and is eventually signed into law by the state’s governor. “This is a process that a lot of people don’t know enough about,” Nguyen says. “If advocates and activists understood it better, it would help them streamline their tactics.”

Nguyen says her bill would have gotten nowhere without her relationships with key politicians like Grassley, Speaker of the House Paul Ryan (R-Wisconsin), and Representative Zoe Lofgren (D-California), an early champion of the bill.

“You have to make the effort to go to their office and establish a mutual respect and relationship with them, even if you may disagree with them on many issues,” Nguyen explains. “The most important thing at the end of the day is to be authentic and to connect with politicians on a personal level. I tell people: you’re not going to go meet Senator Ted Cruz, you’re meeting Ted. You’re not meeting former Vice-President Biden, you’re meeting Joe.” 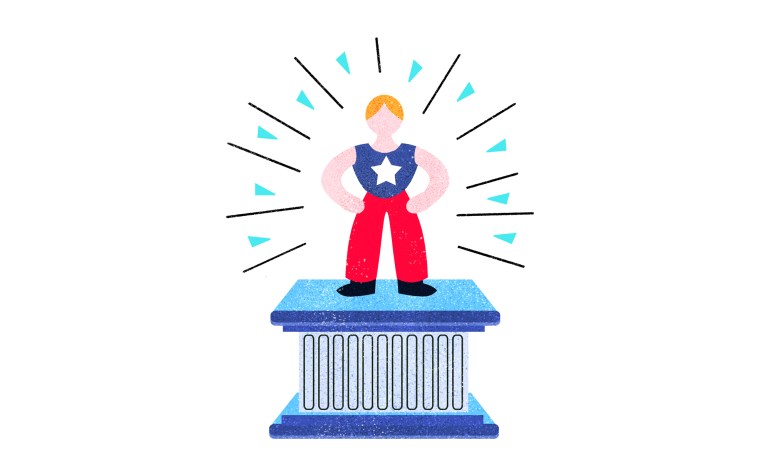 Keep your message positive and action-oriented.

Nguyen and her colleagues at Rise studied other successful social movements like marriage equality and the (RED) campaign around HIV/AIDS to understand how to make a movement sustainable. They realized that in order for their federal and 50-state campaign to succeed, they needed to create a community that people wanted to join. “The most impactful thing we’ve done is make all of our messages positive,” Nguyen says. “I truly believe that hope is what sustains people.”

To that end, Rise partnered with Funny or Die to release the satirical video “Even Supervillains Think Our Sexual Assault Laws Are Insane” in conjunction with the introduction of their bill in the US Senate. The video went viral, and it helped drive support for a successful Change.org petition that urged Congress to support the rights for sexaul assault survivors.

Rise also made sure they were providing their supporters with constant and clear calls to action — from making it easy to volunteer on its website to providing detailed scripts to volunteers so they could make targeted calls to politicians.

“So many issues are so emotionally charged right now, and it’s sometimes much easier to just go out there and shout,” Nguyen says. “At Rise, when we shout, we shout to an end. Our call to actions are very specific, and they tell people what they can do to move the ball forward.”

Stay in control of your movement’s narrative.

Once your bill begins to garner support, you have to generate your own momentum. “While you need to understand the basic mechanics of our legislative system, you also need to understand how to shape a narrative because the two go hand in hand,” she says.

For Nguyen’s bill, this meant sharing the stories of rape survivors who have been revictimized by the lapses in our criminal justice system and directly connecting them with their local politicians. She also worked with media outlets of all sizes — from the New York Times and the Washington Post to smaller online publications like Refinery29 and Elite Daily. “Our aim was for media to validate us,” she says. Later, celebrities like Patricia Arquette, Tatiana Maslany and Brie Larson also shared Rise’s work on social media, which helped propel their campaign forward. 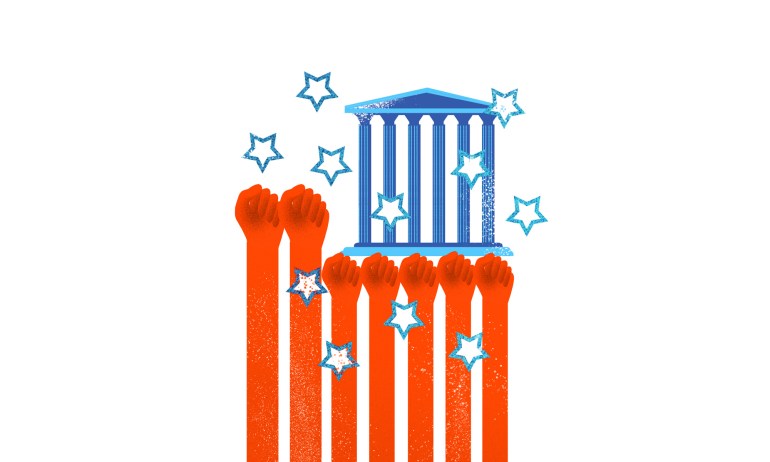 Keep your faith in democracy.

There are American activists who’ve made the case that our democracy is fundamentally broken and the only solution is to throw it out and start over. But Nguyen disagrees. “Our current democracy isn’t perfect,” she says. “But I definitely believe it is an experiment, and the whole point of that experiment has been to continually redefine itself so we can continue our march towards a more perfect union.”

Nguyen is currently focused on passing a bill of rights for sexual assault survivors in the remaining 40 states (you can find out how to get involved here). She’s also developing a civic engagement curriculum based on her experience called “Hope-a-nomics” in an effort to help all Americans get more involved in the legislative process.

“A healthy democracy depends not only on its leaders but on its citizens’ ability to hash things out,” Nguyen says. “While there are many things that could be improved — and that deserve to be improved — there is a very strong sense of civic engagement and democracy building in this country. It makes me think of a very common chant we’ve been hearing at recent marches and demonstrations: ‘This is what democracy looks like.’ And it’s true.” 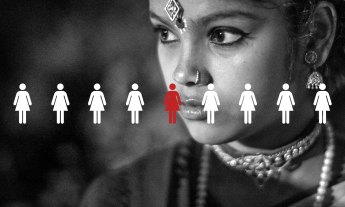