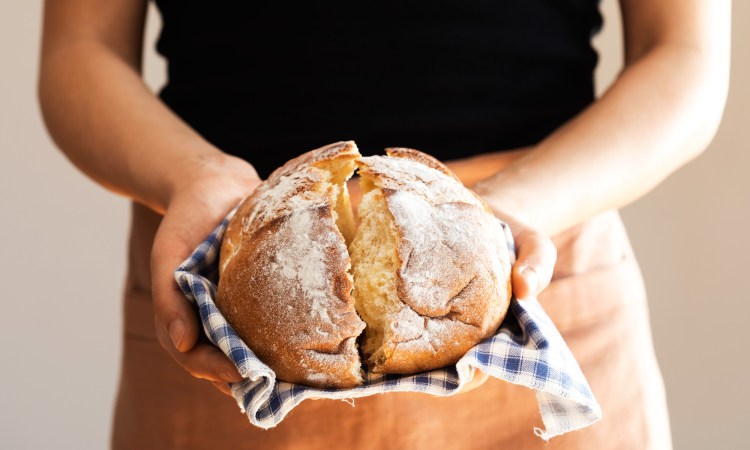 What makes a baker’s hands different from anyone else’s hands? And how does flour, water, bacteria and wild yeast from the air result in something as delicious and as unique as a loaf of sourdough? Biologist Rob Dunn wanted to find out.

One day, we humans may cultivate the microbial species we most need in our lives to yield a harvest that is, at once, healthful, beautiful and sublime. Doing so will require cleverness and a good understanding of the biology of most (if not all) of the species on our bodies and in our homes. But favoring bacterial biodiversity while also dissuading dangerous species isn’t rocket science — instead, it’s far more like making bread.

There are millions of kinds of bacteria and fungi on earth. Yet if you mix flour and water and expose it to the air for a while, the community of organisms that colonize the resulting concoction is almost always composed of a small handful of microbes that can leaven bread. This community — a combination of bacteria and wild yeast from the air that survives in a bubbly, sticky, acidic mix — is called a starter.

While most store-bought bread is made using one of a few kinds of wheat and only a single species of yeast, many bakeries and home bakers continue to make new starters and keep old ones alive, resulting in a very wide spectrum of tastes. Nearly all traditional leavened bread tastes at least a little bit sour, and this sourness is often due to the same bacteria found in yogurt, species of Lactobacillus. But more than 60 different lactic acid-producing bacterial species and a half dozen species of yeasts have been found in one or another starter from different bakeries in different places. No one really knows why there are so many variations.

To examine the mystery of why starters differ so much, the team at my lab decided to conduct a study with two parts. In the first part, we’d have 15 bakers from 15 countries make the same starter, using the same ingredients, where the only factors not controlled would be the bodies of the bakers and the air in their homes or bakeries. We’d test a hypothesis that the microbes on the bodies of the bakers and in their homes and bakeries would influence the microbes in the starters. In the second part — a survey — we would characterize the microbes in starters from around the world.

For the first part, we teamed up with the Puratos Center for Bread Flavour in Saint Vith, Belgium. In spring 2017, Puratos helped us send out identical starter ingredients to each of 15 bakers. Once the bakers had a living starter, they continued to feed it with flour we sent them. Later in the summer, we identified the microbes in each starter and whether they were contributed by the flour, the water, or the bakers’ hands and homes. The “we” in this case was me and Anne Madden (TED talk: Meet the microscopic life in your home – and on your face), an expert on the ecology and evolution of yeasts.

Simultaneously, we began the second part of the project, a global survey of starters. We invited people from anywhere to share their starters with us. We reasoned that in the sample we’d encounter new kinds of microbes, species present in just one region or even one family. Many of the starters had histories that went back hundreds of years. Most starters had names. People talked about them like they were pets, but the attachment was deeper. A modern baker could push her hands into the same starter her mother had cared for, which might be the same one her great-great-grandfather used.

Meanwhile, we obsessed over the question we hoped to answer in Saint Vith: Where do sourdough microbes come from in the first place? To make sourdough, one mixes together flour and water, and somehow, the right mix of bacteria and fungi appears. Poof!

In August 2017, the 15 bakers and their 15 starters came to Saint Vith. After some introductions, Anne and I put the starters on the table and took samples. One by one, I opened the containers, inserted a cotton swab deep into each one, and then put the swab in a sterile case. Already, we could tell that the sourdoughs were different from each other. Some smelled extremely sour, others fruity. When Anne and I were done, we allowed the bakers to feed their starters. They looked relieved; the starters did, too. The starters bubbled and began, visibly, to rise.

The next morning, after the bakers had spent a night drinking Belgian beer (brewed by monks using a mix of bacteria and yeast) and singing songs about bread (really), and the starters spent a night luxuriating in a new dose of food, Anne swabbed the bakers’ hands. Then, we let the bakers make dough with their starters. Each baker made the dough according to the same written steps, but what happened next varied. Some bakers were gentle with their dough, rolling it with a kind of tenderness. Others were aggressive. Some breads were coddled, others smacked.

On the last night, we had a bread and beer tasting. Each bread was set out. One by one, we sniffed the crust. We squeezed the bread and sniffed the insides. We put the bread up to our ears and listened to the sound it made (or didn’t make) when squeezed. We poked it to examine its elasticity. We chewed the bread on its own and then with a sip of beer. We savored the flavors of the slightly different microbes present in each loaf.

By this time, we had begun to believe that breads are one way in which we experience the subtle biology of our homes. Our lab’s studies of homes and bodies have revealed the ways in which the microbes of each person and home are different. Such microbes must, we imagined, fall into starters. In a single loaf of bread, glass of beer, or bite of cheese, we find hints of the work the species around us do on our behalf.

For a while, that was the end of the story. The starter samples went to the lab of my microbiological collaborator, Noah Fierer, at the University of Colorado, where their DNA would be sequenced and their species identified. Several months later, his team sent the results. We discovered that the bacteria and fungi found in the Saint Vith starters were a subset of those encountered in the global survey. In that survey, we found several hundred species of yeast and several hundred species of Lactobacillus and related bacteria. Different microbes were present in different regions. One fungus, for example, was confined nearly exclusively to Australia. Does it give Australian breads a unique taste? It might. In the Saint Vith starters, the diversity of bacteria and fungi was more or less what we expected given that we’d sampled a relatively small number of starters and controlled the ingredients.

We then looked at the results from the hands of the bakers. On the basis of previous studies, we knew that all hands (just like noses, belly buttons, guts and every other surface of the body) are covered in a layer of microbes — a sheath. We may imagine that in washing our hands, we remove all of the microbes. We don’t. If you sample the microbes on someone’s hands, have them wash them, and then sample the microbes again, no change in the overall composition of the microbes occurs.

The most common microbes on hands in studies by Noah and researchers in other labs tended to be species of Staphylococcus, Corynebacterium and Propionibacterium. We thought Lactobacillus might be helping inoculate sourdough, but it is usually rare on hands — about 2 percent of the microbes on men and 6 percent on women in Noah’s study. Fungi can be present on hands, but are neither abundant nor diverse. Then, we looked at the results from our bakers.

The first surprise: Bakers’ hands were totally different from any hands we’d ever seen. On average, 25 percent and up to 80 percent of all of the bacteria on their hands were Lactobacillus and related species. Similarly, nearly all of the fungi on their hands were yeasts that can be found in sourdough starters, such as species of Saccharomyces. We had no idea this was even possible, and we don’t yet fully understand it.

My suspicion is because the bakers spend so much time with their hands in flour (and starters), their hands become colonized by the bacteria and fungi they work around. One can imagine a scenario wherein the Lactobacillus bacteria and Saccharomyces yeasts on bakers’ hands outcompete other microbes by producing acid and alcohol, respectively.

These microbes were dominated by species able to live on the sugars of the grain and flour itself, including species of Lactobacillus bacteria. Results were similar for yeasts, with about half of the kinds of yeasts we found in starters coming from the flour. None of the bacteria nor the yeasts in the starters appeared to be from the water.

Why were the different starters different? In part, these differences were due to chance, which species from the flour happened to establish, and what was on the bakers’ hands. As we had hypothesized, the hands and lives of the bakers influenced their starters. The bacteria in each starter matched the bacteria from the hands of the baker who made the starter more than they matched the hands of other bakers. The same was true of the fungi, to a lesser extent.

The hands of the bakers were contributing bacteria and fungi (and, we presume, bacterial and fungal “hand flavor”) to the starter. We also found yeasts and some bacteria in starters that didn’t come from the flour, the water or the bakers’ hands — microbes that most likely came from the life in the bakeries themselves.

When breads were baked using the starters, with identical ingredients except for the microbes, some starters made breads that were more sour, others more creamy, as judged by our panel of bread tasters. Each bread had a unique “microbe flavor,” influenced by chance, and the microbes in the flour, on the bakers’ hands and in their bakeries.

Everything we have learned so far suggests both that the species of microbes in a starter matter and that everyone is, to some extent, right about where the microbes are coming from. But the way we initially asked our questions about the relationship between houses, bodies and breads misses something important about what now seems to be going on, with our food and our lives.

Excerpted from the new book Never Home Alone: From Microbes to Millipedes, Camel Crickets, and Honeybees, the Natural History of Where We Live by Rob Dunn. Reprinted with permission from Basic Books, an imprint of Perseus Books, LLC, a subsidiary of Hachette Book Group, Inc. Copyright © 2018 by Rob Dunn.

Rob Dunn is a professor in the Department of Applied Ecology at North Carolina State University and in the Natural History Museum of Denmark at the University of Copenhagen. 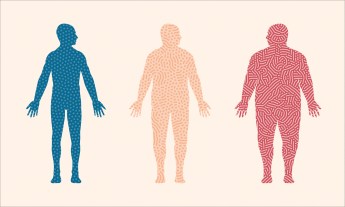