How should we protect and preserve our history — on the moon? 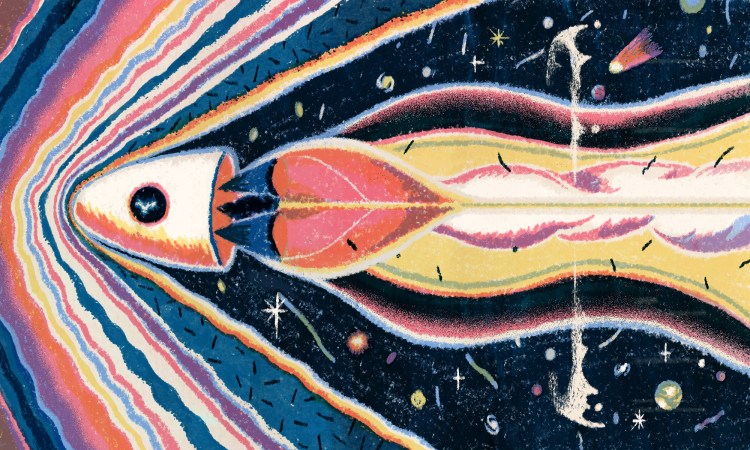 As new moon-going efforts ramp up, space explorers must remember to safeguard what humans left there previously — and also study it before it’s too late.

The next several years are shaping up to be busy ones for the moon, with no fewer than 14 landings in the works. That includes the robotic missions soon to be undertaken by five privately funded teams vying for the $20 million Google Lunar XPRIZE, in which the contestants must land a rover on a pre-planned spot, move it at least 500 meters “along an interesting path in a deliberate manner,” and transmit video and other data back to Earth. In fact, tracks from the Google Lunar XPRIZE (GLXP) rovers could be the next intentional tracks to be made by humans on the moon’s surface.

But amid the excitement of exploring the moon, we can’t overlook our lunar heritage, says Derek Webber, a commercial space exploration consultant and former satellite engineer (TEDxBudapest talk: Claiming the future; protecting the past). After all, humanity’s past isn’t just what has been left here on Earth — it’s in space, too. “Lunar heritage is the record of when we first reached the moon, and it captures the epoch-making reality of what happened back then,” he says. New voyagers will encounter 58 years’ worth of human-created artifacts on the moon, including flags and footprints. Here’s why we should be thoughtful about what we do with them.

Don’t worry. NASA’s got a (tentative) plan. The basis of international space law is the 1967 Outer Space Treaty, which has been signed by 106 nations and states that while the planets and celestial bodies belong to all countries, objects in space are owned by the governments that launched them. In 2011, NASA issued an initial set of recommendations on best practices for America’s moon heritage sites, which include the locations where the Apollo missions landed. The guidelines address such questions as how far a rocket should stay away from heritage sites during its landing approach (two kilometers) and how far a rover on the ground should stay from objects to minimize the odds of an accident (one to three meters, depending on the item). However, these aren’t formal rules, and they pertain only to US equipment. So it will take cross-border cooperation and goodwill to ensure that the next wave of explorers act responsibly.

There’s tons of stuff on the moon — and a ton of valuable information. It’s estimated that up to 400,000 pounds of human-made debris have been deposited on that celestial body. The American stuff includes five national flags, a gold olive branch (which was left by the Apollo 11 crew in 1969 as a gesture of peace), discarded packaging from meals, used wet wipes, and dozens of spacecraft, both intentionally and accidentally crashed. And, of course, there are the other less visible but no less important souvenirs of America’s impact on the moon, such as the footsteps of Neil Armstrong, Buzz Aldrin and the 10 other US astronauts who have walked on the moon. “There’s a whole lot of data to get from those sites and objects,” says University of Central Florida planetary physicist Phil Metzger, who was involved in writing the NASA guidelines. Researchers could study crashed spacecraft to determine why they stopped working, and the successfully landed vehicles could yield information about space weathering under temperatures that veer from +200 to -200 Celsius. “We want to know how different materials have held up in the space environment,” says Metzger. Even assessing the amount of dust collected on items can tell us about the flux of micrometeorites, which will shed light on how the lunar surface was formed and how the solar system works.

Space heritage won’t last forever. If lunar heritage sites attract robotic or human pilgrims, they’re likely to degrade faster. Since the GLXP competition is aimed at developing low-cost methods of space exploration, “my biggest concern is that [the GLXP missions are] being done on a shoestring, says Roger Launius, former senior curator at the Smithsonian National Air and Space Museum in Washington DC, and the author or editor of 26 books on space. He believes the less money the teams have to spend, the less likely the guidance technology for their landers and rovers is to work. One important question to consider is whether NASA can realistically protect the sites while at the same time being able to conduct any necessary science experiments and make them accessible to future space tourists.

Moon visitors could help provide answers. GLXP teams have been asked to follow NASA’s guidelines, so its recommendations will undergo real-life testing. Teams can win bonus prizes of up to $4 million for producing high-quality video and photographic documentation of heritage sites, so competitors will be motivated to come up with ways to approach the areas without harming them. After the upcoming missions by GLXP teams and by other governments and entities, NASA can “review their work and add aspects to take care of omissions as future knowledge emerges,” says Webber. Flexibility is essential — since moon exploration is relatively nascent, “there’s no possible way we could be smart enough to write really good guidelines at this point,” adds Metzger.

Space conservation efforts must strike a balance between past, present and future. Since outer-space spots are not yet tourist destinations, people with the moon bug must settle for digital substitutes now and in the near future — Google offers 3D tours of the Moon through Google Earth and the Smithsonian is planning to incorporate virtual reality into its future Apollo exhibits. At the same time, though, governments must prepare for the inevitable reality of space travel and make plans to protect their country’s artifacts on the moon. A goal should be “to tell that story in the best possible way with the best preserved site possible,” says Launius.

In terms of models, at one extreme are the Churchill War Rooms — the London space where Winston Churchill and the British Cabinet did their plotting during World War II and which is open to the public as a museum. The Rooms are “a good example of halting time, as it were, and preserving a moment and place of history,” Webber says. At the other extreme is Stonehenge, where ongoing attempts to provide access to visitors have created new layers of changes to the site. Regardless of what decisions the next visitors to space heritage sites make, one thing is certain — they probably won’t please everyone. “There will always be a tension between those wanting to protect the past, and those wanting to keep moving forward,” Webber says. 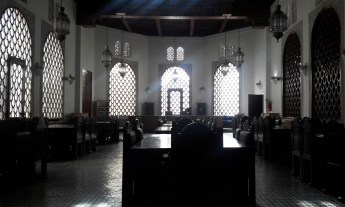