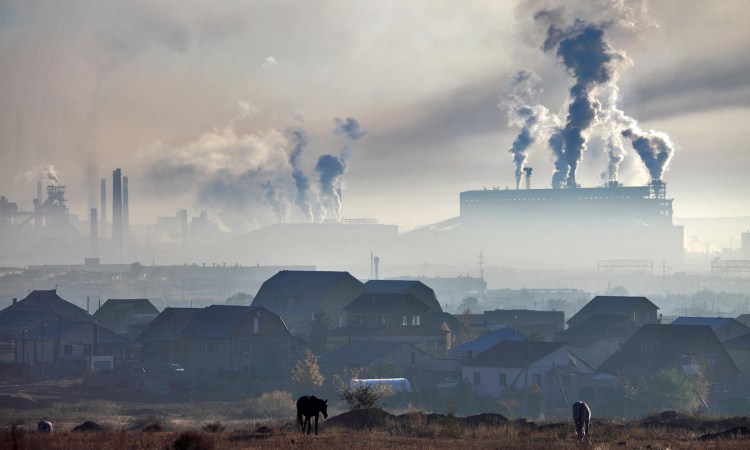 In December 2015, 196 countries gathered in France to discuss our warming planet, and weeks later, the Paris Climate Agreement was born — an international treaty designed to keep global temperature rise under 2°C (and ideally, 1.5°C). To achieve this, countries committed to reducing greenhouse gas emissions by varying degrees by 2030 and adopting increasingly ambitious targets thereafter.

Five years later, 2020 is projected to be the third hottest year on record, and last week, UN Secretary-General António Guterres painted a sobering picture of the state of the planet during an address at Columbia University in New York City. “Nature always strikes back — and it is already doing so with growing force and fury. Biodiversity is collapsing. One million species are at risk of extinction. Ecosystems are disappearing before our eyes … air and water pollution are killing 9 million people annually — more than six times the current toll of the pandemic.”

And our window of opportunity to take decisive action is shrinking. We’ve already put enough carbon into the atmosphere to raise global temperatures by about 1.0°C, and the world stands at a critical juncture. With every degree of warming, we risk severe and irreversible consequences — extreme weather, crop failure, water crises and mass extinction.

Christiana Figueres, the architect of the Paris Agreement, called this decade the most decisive in the history of humankind. “Faced with today’s facts, we can be indifferent, do nothing and hope the problem goes away,” she said in a recent TED Talk. “We can despair and plunge into paralysis, or we can become stubborn optimists with a fierce conviction that no matter how difficult, we must and we can rise to the challenge.”

Here’s where the world stands on some of the agreement’s objectives — and what countries still need to reach them.

1. The overwhelming majority of countries are not on track to meet their 2030 emissions goals

Once greenhouse gases are released, they stay in the atmosphere for 300 to 1,000 years. That means the choices we make today will continue to shape the future of our planet long after we’re gone.

A 2019 report by the Universal Ecological Fund evaluated 184 nations’ pledges to the Paris Agreement and concluded that 130 nations —  including China, the US and India, which are three of the world’s top emitters — are falling short of their 2030 reduction goals.

“The science is crystal clear: To limit temperature rise to 1.5°C above pre-industrial levels, the world needs to decrease fossil fuel production by roughly 6 percent every year between now and 2030,” Gutteres said in his address. “Instead, the world is going in the opposite direction — planning an annual increase of 2 percent.”

Unless we slash carbon emissions by about half by 2030 and eliminate them almost entirely by 2050, we’ll likely reach 1.5°C in under 30 years, according to the  Intergovernmental Panel on Climate Change (IPCC) report.

2. Countries are still pouring billions of dollars into fossil fuels

The Paris Agreement called for countries to make a massive shift towards alternative energy sources like geothermal, solar and wind, but fossil fuels continue to be a major source of CO2 emissions. Progress towards a green infrastructure has also been hampered by the COVID-19 pandemic.

Overall, we saw a 7 percent drop in carbon emissions thanks to pandemic slowdowns. At the same time, government spending has not only been diverted towards humanitarian relief efforts — but also towards bailouts of large corporations. To date, G20 nations have given a whopping $233 billion of pandemic recovery funds to fossil fuel-intensive industries, compared to $146 billion to renewable energy, according to a report from the International Institute for Sustainable Development, Overseas Development Institute and Oil Change International. This move threatens to reverse what little progress was made over the last five years. The authors of the report urged governments to use this “critical window” to integrate green initiatives into COVID-19 recovery budgets instead of reviving dirty energy.

But this won’t be an easy feat. In addition to completely transforming our global energy infrastructure — which would need to occur and would cost trillions of dollars —  the Paris agreement seeks a fair and equitable transition. This means creating job opportunities for communities who rely on fossil fuels for employment and adopting climate policies that protect the poor and people of color.

3. Good news: Commitments from local governments and businesses to go carbon neutral have doubled since 2019

Tackling climate change requires unprecedented, large-scale cooperation from all sectors of society — and there’s good news on that front: Net zero commitments from businesses and local governments have doubled in less than a year. (“Net zero” means any greenhouse gases that are released into the atmosphere will be balanced by removing an equal amount through methods like forest expansion, cover crops, direct air capture and bioenergy with carbon capture and storage.)

Globally, more than 900 city and regional governments announced net zero pledges as of September 2020, according to a report from the Data-Driven EnviroLab and NewClimate Institute. In total, these local governments represent around 846 million people — that’s 11 percent of the world’s population. The caveat? Thus far, only about 40 percent have released action plans, and less than 24 percent have passed formal policies to reach these targets.

Additionally, more than 1,500 companies — ranging from hotel and fast-food chains to apparel and tech companies — have pledged to reduce their environmental impact. Together, they represent a carbon footprint that exceeds India’s annual emissions. Facebook, for example, announced plans to transition to 100 percent renewable energy sources by 2030. McDonald’s set science-based targets to reduce restaurant and office emissions 36% by 2030. Walmart pledged to go net zero by 2040 and plans to “manage or restore” 50 million acres of land and a million square miles of ocean.

4. Some countries are pledging to take radical steps to reach net zero – but will they follow through?

Greenhouse gas emissions have been on the rise for the past decade, and consequently, our pathway to 1.5°C is rapidly narrowing. But there’s still time to avert the apocalyptic-level consequences of a 3° world. In recent weeks, the world’s top two emitters vowed to step up their efforts: China aims to go net zero by 2060 and US president-elect Joe Biden announced that he intends to have the US reenter the Paris Agreement in 2021. There, they join more than 110 countries — including leading emitters like the European Union, South Korea, Japan and the United Kingdom — who have pledged to go net zero by 2050.

Meeting this deadline requires radical action. “Global renewable energy use would need to go from around 20 percent of energy today to 65 percent by 2050, and from 28 percent to 85 percent of the power sector. Electric vehicle use would have to skyrocket, from less than 10 million EVs today to more than 1.5 billion by 2050,” according to an analysis of countries’ climate policies by Morgan Bazilian and Dolf Gielen in The Conversation.

The European Union, home to 447 million people, aims to be the first carbon neutral continent by 2050 and is leading the way. “This European Green Deal is both our vision for a climate-neutral continent and a very dedicated road map to this goal,” Ursula von der Leyen, President of the European Commission, explained in her recent TED Talk. “It is 50 actions for 2050, ranging from the first-ever European climate law to a circular economy to a biodiversity strategy, planting trees, protecting precious nature and animals, recycling and waste management.” The plan also includes an ambitious 55 percent reduction in greenhouse gas emissions by 2030.

Given these and other new commitments from countries, it’s estimated that global warming could be limited to 2.1°C by 2100 — but countries need to stick to their pledges, according to a report by the independent scientific analytics group Climate Action Tracker. 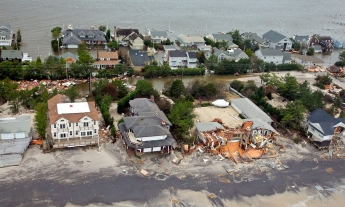