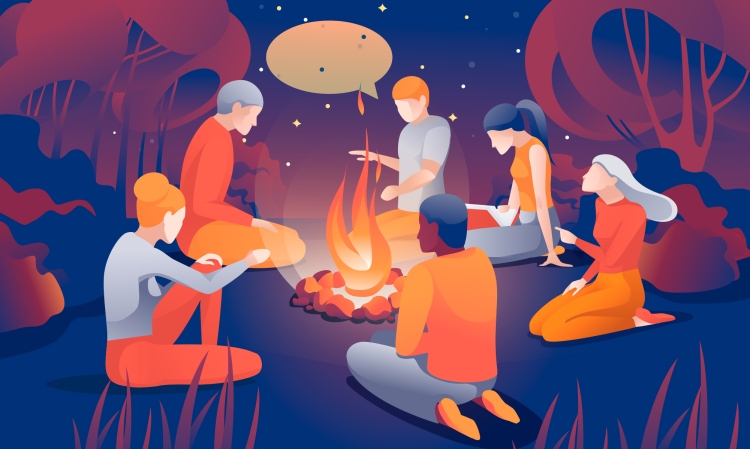 Many of the best TED Talks are built around stories, with speakers’ personal anecdotes helping them bring their ideas to life. Here, TED head curator Chris Anderson provides us with some storytelling dos and don’ts. Plus: news about the TED Masterclass app.

After watching a great talk on TED.com, many of us have wondered: “Could I do it myself? Could I give a TED Talk?”

Now’s your chance to find out.

The new TED Masterclass app — available from the Google Play store and the Apple App store — is designed to help you develop and share your best ideas as a TED-style talk. Guided by TED head curator Chris Anderson and based on his book TED Talks: The Official TED Guide to Public Speaking, the app-based course features 11 animated lessons that break down the public-speaking techniques that TED speakers use to present their ideas. Developed by TED-Ed, the course also features a library of full-length TED Talks from Brené Brown, Bryan Stevenson, Susan Cain and others to reinforce its lessons.

In this post, which is adapted from the TED Masterclass app and his book, Anderson discusses how we can learn to use storytelling to elevate our speeches, presentations and talks.

The best evidence from archaeology and anthropology suggests the human mind evolved with storytelling. About a million years ago our hominid ancestors began gaining control of the use of fire, and it seems to have had a profound impact on their development. It provided warmth, defense against predators, and the ability to cook food (along with its remarkable consequences for the growth of our brains.

But it brought humans something else. Fire created a new magnet for social bonding and drew people together after dark. In many cultures, one form of fireside interaction became prevalent: Storytelling.

It’s no surprise that many of the best TED Talks are anchored in storytelling. But when it comes to sharing a story as part of a presentation or speech, there are four key things for you to remember.

Of course, it’s all in the execution. Before speaking in front of a group, it’s really worth fine-tuning our stories — including the stories from our own lives. Many of us overstuff them with details that are important to us, but a wider audience just doesn’t need to know.

Building your talk around a single story can offer huge benefits. The personal story is the simplest, easiest-to-prepare type of talk; after all, you know your story and you know more about it than anyone else in the world. A personal story will also create empathy with your audience. Your throughline is taken care of — it’s simply the narrative arc of the story.

But there’s one trap that you must avoid. Your overall goal as as speaker is to give, yet personal stories sometimes fail to do that. They may entertain or intrigue or boost your ego. But they don’t automatically give the audience something they can walk away with — such as insights, actionable information, perspective, context, hope.

One of the biggest reasons we turn down applications to speak at TED is when they offer compelling anecdotes but no central idea that wraps their narrative together. This is heartbreaking, because the speakers are often fascinating people. But without an idea, it’s an opportunity missed.

The key shift needed is an artful edit of your journey that links together critical moments in a way that someone else can derive meaning from them. If your journey reveals something powerful you’ve learned and if each step is revealed with humility, honesty or vulnerability, it’s a journey that other people will gladly make with you.

There’s one other non-negotiable essential if you’re telling your own story: It has to be true. This may seem obvious, but people sometimes try to impress their audience by exaggerating or fibbing — precisely because they know a story can have so much impact. You must resist this temptation.

When you combine a truthful story with a desire to use it for the benefit of other people, you’ll be giving your listeners an extraordinary gift. In her TED Talk, psychologist Eleanor Longden was willing to share how she began hearing voices in her head while she was at university. It led her to being diagnosed with schizophrenia, institutionalized, and driven to the point of suicide.

Her story alone is riveting, but she builds it so people leave her talk with inspiring insights on schizophrenia, mental illness, and how we might rethink our responses to them.

Here’s part of her ending:

“There is no greater honor or privilege than facilitating that process of healing for someone, to bear witness, to reach out a hand, to share the burden of someone’s suffering, and to hold the hope for their recovery. And likewise, for survivors of distress and adversity, that we remember we don’t have to live our lives forever defined by the damaging things that have happened to us. We are unique. We are irreplaceable. What lies within us can never be truly colonized, contorted, or taken away. The light never goes out.”

In his TED Talk: How the worst moments in our lives make us who we are, writer Andrew Solomon described how he was humiliated as a child, even before he came out as gay. But he manages to turn his story into an exhilarating narrative of identity that anyone could relate to and learn from.

“There’s always somebody who wants to confiscate our humanity. And there are always stories that restore it. If we live out loud, we can trounce the hatred, and expand everyone’s lives.”

Stories resonate deeply in every human. By giving your talk as a story or a series of related stories, you can greatly increase your connection with your audience. But please: Let it mean something.

Ready to tell your own story? Download the TED Masterclass app from the Google Play store and the Apple App store. After downloading it, you’ll be able to see an overview of every lesson — including what it’s about, what you’ll learn, and a two-minute video — from the entire course. You’ll also get a preview of the library and the idea log. Full access to the course ($89.99) is available via in-app purchase, and all proceeds will go to support the nonprofit work of TED.

Chris Anderson is the curator of TED. 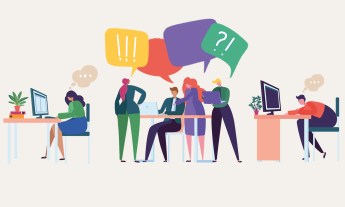 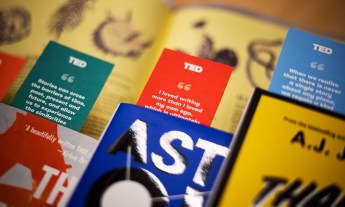