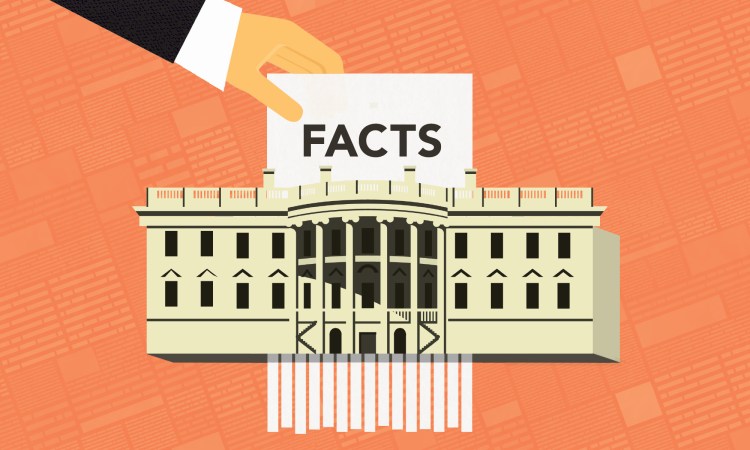 Researchers and academics around the world are in the crosshairs of an assault on the worth of the scientific method. Here’s how to stand up for science.

We’re living in anti-science times. Donald Trump has denied climate change, spread unfounded claims about the links between vaccines and autism, and vociferously defended his false beliefs about voter fraud, among other affronts against facts revealed by the scientific method. Whatever your politics, this approach to science will have far-reaching, potentially long-lasting effects. Here’s how and why it has become increasingly important to stand up for science.

Science is about finding the facts. Testing ideas through observations is the core of the scientific method. This method starts with an idea, known as a hypothesis, of how the world is or how it works. That hypothesis is then subjected to the rigors of testing via experiments and/or verification through observations or via information derived from past experiments. The hypothesis will either match the data or fail to match the data. This scientific method was first demonstrated around 1000 AD, by a Muslim scientist known as Alhazen, who first described how light travels in a straight line via repeated experimentation with mirrors. This method has been working ever since as the best route to determine facts.

The pursuit of facts is under assault, whether it’s the muzzling of government scientists or the elimination of data itself. Take the kerfuffle over the size of the inaugural crowd in Washington, DC in January, 2017. White House press secretary Sean Spicer said the crowd on the Mall “was the largest ever.” That’s a measurable assertion, with various different ways to determine, scientifically, whether that’s true or not. For instance, to determine crowd size, you could start by looking at photos. Or take a representative sample of crowd density in a known area and extrapolate to the total area. If need be, count heads from the high-def snapshots provided by satellite imagery or weather balloon. By those efforts, it is possible to turn an estimate into a fact, and in this case, the truth was that the crowd at the most recent inauguration was not, in fact, the largest ever.

The current US government is not alone in questioning the findings of science. In the past five years, the people and government of Germany have turned against nuclear power; Thabo Mbeki, while president of South Africa, denied that human immunodeficiency virus (HIV) causes AIDS; and the Harper administration of Canada forbade its scientists to speak freely about climate change (this went on for nearly a decade), among other examples. Here in the US, a number of prominent politicians deny scientists’ findings that the first years of the 21st century have been the planet’s hottest on record, and that 2014, 2015, and 2016 have each succeeded the previous as the hottest year on record. Of course, denial is a far easier stance for governments to take: Denying global warming means there’s no reason to do anything about it.

The consequences of ignoring science have never been greater. Denying data and proven hypotheses can sometimes kill, whether it’s the children who succumb to preventable diseases or the human lives cut short by climate change–related extreme weather or polluted air from burning fossil fuels. As a result of such denials, scientists judge the Earth to be that much closer to apocalypse, and both researchers and ordinary citizens feel obligated to safely store data that may prove too politically inconvenient to maintain. But we all need the findings of the scientific method to feed a hungry and growing world population, stave off extinctions, provide clean water and clean energy, invent new antibiotics and ward off pandemics, among other urgent needs. As it stands, humanity may now impact the planet on the catastrophic level of an asteroid or an Ice Age, and science can enable us to more accurately measure these impacts and respond.

What’s needed to fight back is a scientific mindset, which has two key components. The first: curiosity. Curiosity is pretty simple to cultivate, especially if you have kids. Children incessantly want to know why things are the way they are, and they’re always trying to make accurate predictions about the world. Adults can either nurture and encourage these natural tendencies, or stamp them out. On the governmental level, the latter occurs when officials cut back funding for public schools and universities or present fictions on the same level as truths.

The second: accepting that you may be wrong. Questioning your own beliefs, biases and, yes, even facts is hard, but vital. For starters, try asking yourself: What would it take to convince you that you were wrong about climate change or creationism? The price of a scientific worldview means enduring some level of uncertainty, a heaping dose of humility, and engaging in the never-ending, everyday task of living your life in light of scientific findings. Such evidence-based decision-making is what makes science political.

By allowing evidence to inform our decisions, we can do our part to stand up for science and for facts. Accepting the reality of climate change, for example, may lead you to look closely at your diet, your transportation choices and even your politics, as you might question local, state and federal representatives and officials about the sources of your electricity and how to change them from fossil fuels to cleaner resources. Living according to scientific beliefs will shape many of your decisions, including the medicines you take, the education you seek for yourself or your children, and even your words in light of new discoveries.

By using the science of crowd estimates, for example, the evidence is clear that there were more people protesting the president in Washington, DC on January 21, 2017, than at his inauguration the day before. That is fact.

As the war on science continues, scientists have another task: To show the rest of us that science is a caring, human, and relevant endeavor. After all, facts are the reality that won’t go away, no matter what those in power claim or what anyone believes. The Earth is not flat, excess carbon dioxide causes global warming, and vaccines save lives by fending off diseases — the scientific method uncovered all of these facts. In the end, facts trump politics. 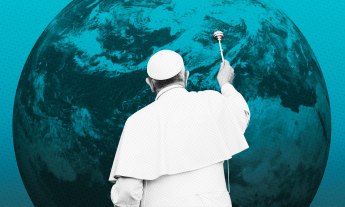