Sometimes it’s tempting to sink into a deep funk about the climate. After all, bad news seems to follow bad news. Places take years to recover from extreme weather shocks to the system. Not helping: governmental gridlock on an issue that has become inexplicably partisan; the inability of global entities to come to any meaningful agreement about who should do what, and, oh yes, efforts by certain individuals to thwart any moves toward building sustainable power systems.

Really, it’s enough to make you throw up your hands and settle deeper into the couch to zone out on crap TV.

It wasn’t always this way, of course. Remember the 1980s, when the phrase “ozone layer” first crossed the transom of public consciousness and we all stopped buying things like chlorofluorocarbon-splurting aerosols? The 1987 Montreal Protocol successfully restricted the release of CFCs into the atmosphere — and all told, it really did make a difference. If we hadn’t taken those actions, says climate scientist Gavin Schmidt, “we’d all be walking around every day wearing 20 layers of suntan cream, and skin cancer would be at unbelievably high records.” Turns out, we are capable of doing meaningful things when we put our minds to it.

So why the current pervasive feelings of helplessness? Two thoughts: First, the problem has become infinitely complex. The tangled webs connecting once distinct industries and ushering in global society have led business, culture and humanity to become entirely entwined — and this is true of climate change issues too. It’s frankly hard to understand any of it. Second, that confusion and lack of clarity is absolutely to the advantage of those with a vested interest in promoting business as usual. Veteran environment writer John Carey writes of the “decades-long, well-financed and purposely deceitful effort by the fossil fuel industry and conservative groups to sow doubt, spread misinformation and paint climate change as a liberal plot to raise taxes and expand Big Government.” With highly motivated and well-funded groups working to persuade us that our individual actions don’t add up to much, it’s perhaps no wonder that so many of us throw up our hands and declare defeat.

But the fact is, that’s no excuse, things are not hopeless, and it’s time to stop playing the victim or sticking our fingers in our ears and failing to pay attention. Listen to the scientists and they argue that there’s still time to see off the worst effects of climate change — but we have to get on and start now. One clear way to see this is in some of the climate models that Schmidt shows in his TED talk. One in particular includes three projections of what will happen to global temperatures — if we take aggressive action to combat climate change, if we take some action, or if we take no action at all. That last animation ends up with a blood-red world. It’s terrifying.

Schmidt and his cohorts aren’t in the business of building social movements to promote action on climate change. That’s up to us. There’s clearly a need for skilled communicators to help us to focus our vague feelings of discomfort into meaningful action. But we all need to remember that we have agency here. “For better or worse, we are masters of our climate destiny,” says Schmidt. Now’s the time to start behaving like it. 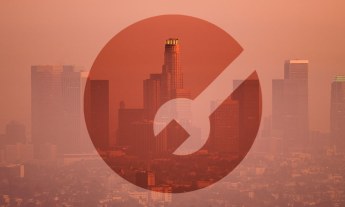 How can we talk about climate change? (Or can we?) 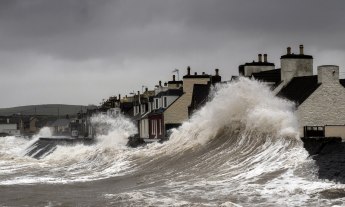 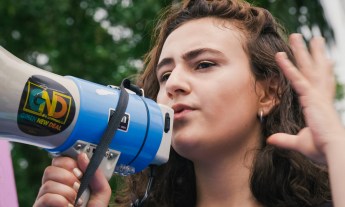