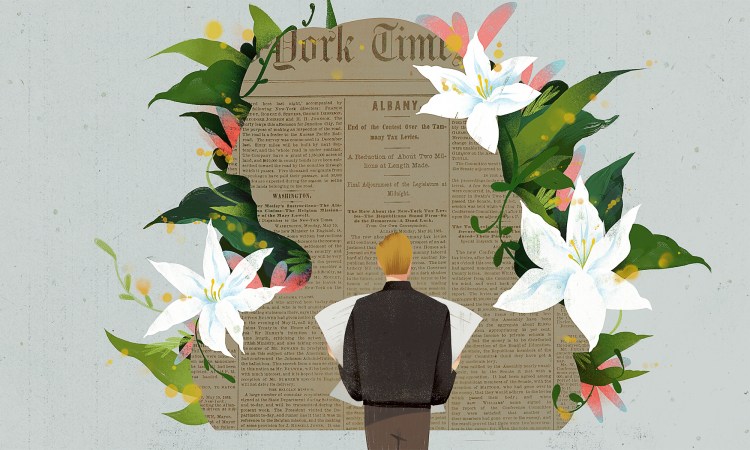 Think newspapers’ obituary sections are just about dying? Think again. They’re celebrations of humanity — with lessons for us all, according to data analyst Lux Narayan.

New York City resident Lux Narayan (TED Talk: What I learned from 2,000 obituaries) jokes that he starts his mornings with scrambled eggs and a side of “let’s see who died today” — otherwise known as the death notices in the New York Times. He’s not alone in his interest: @NYTObit has more than 18,000 followers on Twitter. While some people find them morbid, Narayan sees the obituary pages as a section that celebrates the successes of humanity. “They highlight the pretty crazy, offbeat and interesting things that people do and that in a lot of cases make a difference,” he says.

As co-founder and CEO of analytics firm Unmetric, Narayan helps companies distill insights for future action by crunching data from the past. In 2016, he wondered if he could do the same for the obits to unlock lessons from the lives of the people they chronicle. After compiling 2,000 obituaries from a 20-month period in 2015 and 2016, though, he realized he needed the help and skill of others to proceed. “I told a couple of colleagues about this project,” says Narayan. “They asked, ‘How can we help’?” His independent effort blossomed into an unofficial company project. Here, he shares five takeaways from the obit initiative.

One way to achieve success: help other people succeed. Narayan and his team separated the obits into two groups, famous and non-famous people (their benchmark for fame: whether or not someone had a regularly updated Wikipedia page). While there was greater diversity in the professions and accomplishments of the non-famous, they noticed that almost everyone — famous or not — helped people in some way. And the obituaries showcased the many ways it’s possible to make an impact. Narayan points to Reverend Rick Curry, a Catholic priest who ran writing and acting workshops for veterans and disabled people. “Here’s someone who used drama and theater to distract people from the things they were going through,” he says. “And what he did wouldn’t fall under the purview of a nonprofit founder or of a medical practitioner.” Designer and urban planner Jane Thompson (with her husband) helped to revitalize derelict urban areas like the Chicago Navy Pier and Faneuil Hall Marketplace in Boston, preserving them by turning them into buzzing social and commercial hubs where people could congregate and do business.

It takes time to make a mark. We humans are fascinated by prodigies. “We can get so enamored of stories of dot-com millionaires and people who became millionaires in their twenties,” says Narayan, “and we forget those are the exceptions.” In fact, for the 2,000 obituaries he and his team analyzed, the average age of an individual’s first major accomplishment was 37. Take author Alan Cheuse. He published his first short story a month before his 40th birthday, he didn’t begin a stint as the book critic for NPR’s All Things Considered until his early 40s, and then he completed more than a dozen works of fiction and nonfiction before he died at the age of 75 in 2015. Acoustic engineer Leo Beranek was 55 years old at the time of one of his greatest achievements. That was when the R&D firm he co-founded, Bolt, Beranek and Newman, won a US government contract to build the first computer-based network: Arpanet. Arpanet, of course, is the foundation of the Internet.

The age of noteworthy accomplishments varies from field to field. Athletes, for example, usually reach their peak in their twenties (or even earlier). “If you remove the sportspeople, the average [for first achievement] from the obituaries would probably veer more toward 40,” says Narayan. “In this age of instant gratification, that’s a lesson in the value of patience.” And that patience is anything but passive — for the women and men in the obituaries, the decades before their big move were busy ones, filled with learning, trying, failing and persevering. “To get really good at something, to achieve a certain level of proficiency in it, and to make a difference and to get recognized for it, it takes time,” Narayan says.

Note to parents: artist can be a worthy profession. Bright young people, especially those from traditionally minded families, are often encouraged to channel their talents into career paths such as doctor, lawyer, engineer or business executive. However, obituaries provide another perspective on what we value. New York Times obit headlines always state a person’s name and age at the time of death and contain a descriptor, a phrase that attempts to capture their achievements in a handful of words. Narayan and his team examined the descriptors in the 2,000 obituaries using Natural Language Processing. They removed superfluous words like “the” and fed the descriptors into a software program,; an algorithm showed the most significant words used across the group. They found that the arts — film, theater, literature, music, dance and fine arts — accounted for 40 percent of the people in the obits. These descriptors also offer a master class in economical writing: Prince’s descriptor was “an artist who defied genre,” and puzzle constructor Merl Reagle was characterized as someone “whose crossword puzzles delighted clued-in solvers.”

Our lives can have great meaning without great recognition. One of the reasons that Narayan loves reading the NYT obituaries is the fact they don’t exclusively cover individuals in the public eye. “A lot of them are people you’ve never heard of who’ve done things that make them deserve to be remembered,” says Narayan. Consider Jocelyn Cooper. As a grassroots organizer in Brooklyn in the 1960s, Cooper helped pave the way for the 1968 election of Shirley Chisholm, the first African-American woman to sit in the US Congress. And what about Daniel Thompson? He automated the process of making bagels, allowing them to enter supermarkets and fast food outlets across the United States — something for which breakfast-eaters can feel thankful, daily.

The most fundamental lesson that Narayan learned? Humility. As he and his team worked on this project, he had the chance to learn about people whose names he’d never heard and who worked in fields far from his own. “I kept Googling and researching them and their work,” he says. “It was so colorful and beautiful.” He found himself awed by the breathtaking variety of human existence offered by the obits. When he came across the writeup for mathematician Joseph Keller, for example, Narayan was motivated to read Keller’s papers explaining why a runner’s ponytail swings side to side and what makes teapot spouts dribble. “It highlighted the diversity of the world we live in,” he says, “and I think that’s humbling. My mind is just a little cog in the entire scheme of things.” 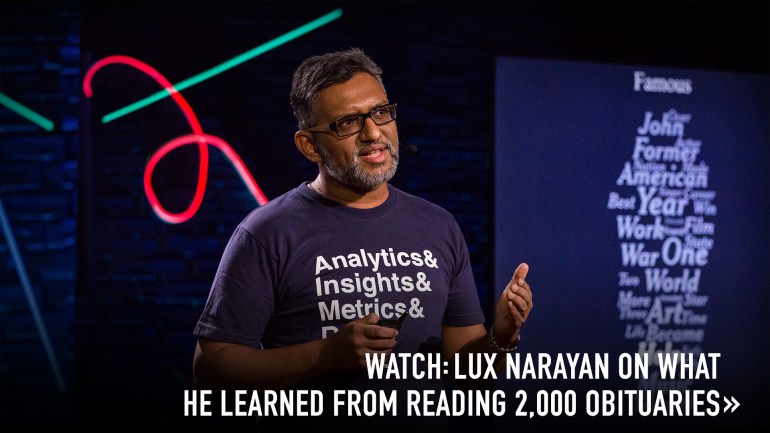 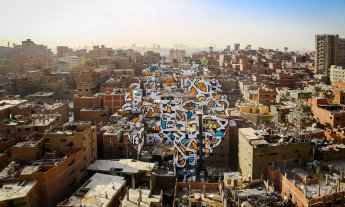 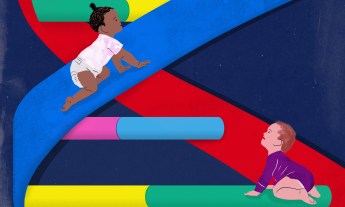