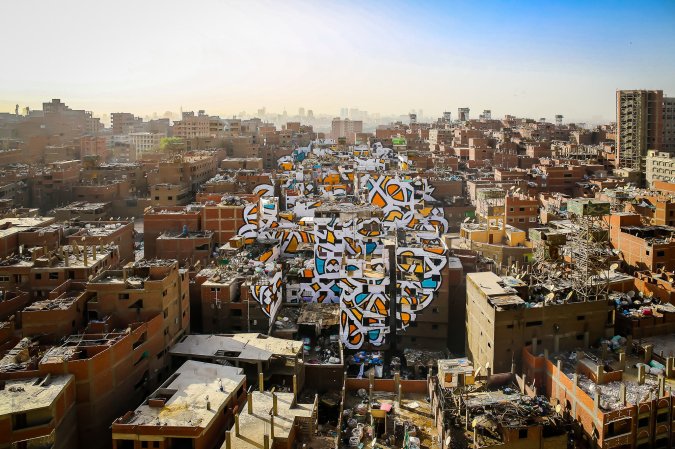 In his instantly recognizable, grandly sweeping style, eL Seed has painted Arabic calligraffiti murals everywhere from Tunisia to Paris. Recently, he created his most ambitious project yet: a mural that spans 50 buildings that can only be fully seen from a nearby mountain. eL Seed pursued this self-funded project as a way to make a political point, but as he describes, the real transformation was personal.

“Anyone who wants to see the sunlight clearly needs to wipe his eyes first.”
– Saint Athanasius of Alexandria, a Coptic bishop from the 3rd century

Whenever I paint a mural, I choose a quote that resonates with the site and purpose of the piece. I chose this quote for Manshiyat Naser — the part of Cairo where the garbage collectors live — to say that if you want to go to a place and know its people, you cannot judge them without knowing them. You must get rid of the wrong ideas you have about them.

The people of Manshiyat Naser, also known as Garbage City, are called the Zabaleen by outsiders. This means “the people of the garbage.” They have been collecting Cairo’s garbage for decades. But they don’t call themselves Zabaleen, which is a put-down. They call themselves Zaraeeb, which means “the pig breeders” — because they keep pigs that eat the organic garbage and provide meat. The community is made up of 98% Coptic Christian and 2% Muslim people. They have created the most powerful recycling system in the world here: they recycle 80% of the garbage they collect, which is amazing.

I heard about this community without having any idea about them, other than knowing they were associated with garbage. So, like anyone else, I went in with many misconceptions. I assumed these people would be poor and dirty. I got a slap in the face — my perceptions were entirely wrong. The Zaraeeb were not living in the garbage but from the garbage, which is totally different. They are very proud of of what they do, because they know that without them, the whole city of Cairo would be engulfed in garbage. In fact, they ironically call the people of Cairo Zabaleen — as it’s they who are producing the garbage.

I knew I wanted to call attention to the importance of the Zaraeeb, but I was an outsider. Last summer, I went to Manshiyat Naser and decided to paint the mural across 50 walls. My approach: to knock on doors and convince each owner of each house to give me permission. Finally somebody came to me and said, “Look you don’t need to convince everybody; you only need to convince one person – the priest, Father Samaan.” I managed to meet him, and he liked the idea and the quote. Once Father Samaan was OK with it, everybody was OK with it.

I had never done an anamorphic mural before, but I chose this technique here because I wanted to raise the topic of how people tend to judge others without knowing them at all, with wrong ideas based on their own paradigms or on something they’d seen in the media. I wanted to create a symbol that forced people to look from the correct angle in order to see clearly.

This meant I had to work differently from how I’m used to. Typically, I don’t even make sketches. I know what quote I’ll use, I know the shape I want – then it’s just freestyle. But for Perception, I absolutely needed each fragment to match. This meant that for every wall in the foreground, the one in the background had to have the same proportion, but at a different scale – the image on the building at the back had to be, say, ten times bigger than the one in front. I took photographs with a zoom lens, and counted bricks as a point of reference. You never have the same brick on the wall, which helps. Some are more broken, some are darker, some are lighter. I used the bricks of each building as a grid.

When you paint on 50 buildings, crazy logistics are required to make sure you finish on time. All those buildings were just numbers: building number 1, number 2, number 6, 18, 29… But by the end, all those buildings were associated with families. This is the house of Uncle Ibrahim, this is the house of Uncle Bakheet. I’d never received this kind of welcome anywhere in the world. Not only did people from the neighborhood help me work, but they opened their hearts, they opened their houses, we played soccer with them, they invited us to weddings. All those families in the houses became names, became people, became memories that we now share. The community became family, and we became family for them.

Street art is ephemeral by essence. This piece will disappear at some point. Somebody will someday will build over the walls, or they will get defaced or knocked down. But we will always have the memories of the moments we spent there, the emotional bonds we made. When we left, people cried, and tears came to our eyes, too. The experience of Perception was all about this. It went far beyond the artistic achievement and challenge.

A few months ago, when the Paris terrorist attacks happened, TED asked me to write something in response. I said I wasn’t ready. I couldn’t write anything because I didn’t have an answer. Now, after this project, I realize that it’s all about perception – how we perceive people that we don’t like, or that we judge in the wrong way. I think it’s time to bring back our humanity. This project made me feel that humanity is still here. I saw so many people who need so much less than anyone else around the world, but who were so generous. The most important thing was the human experience, which will never leave me. 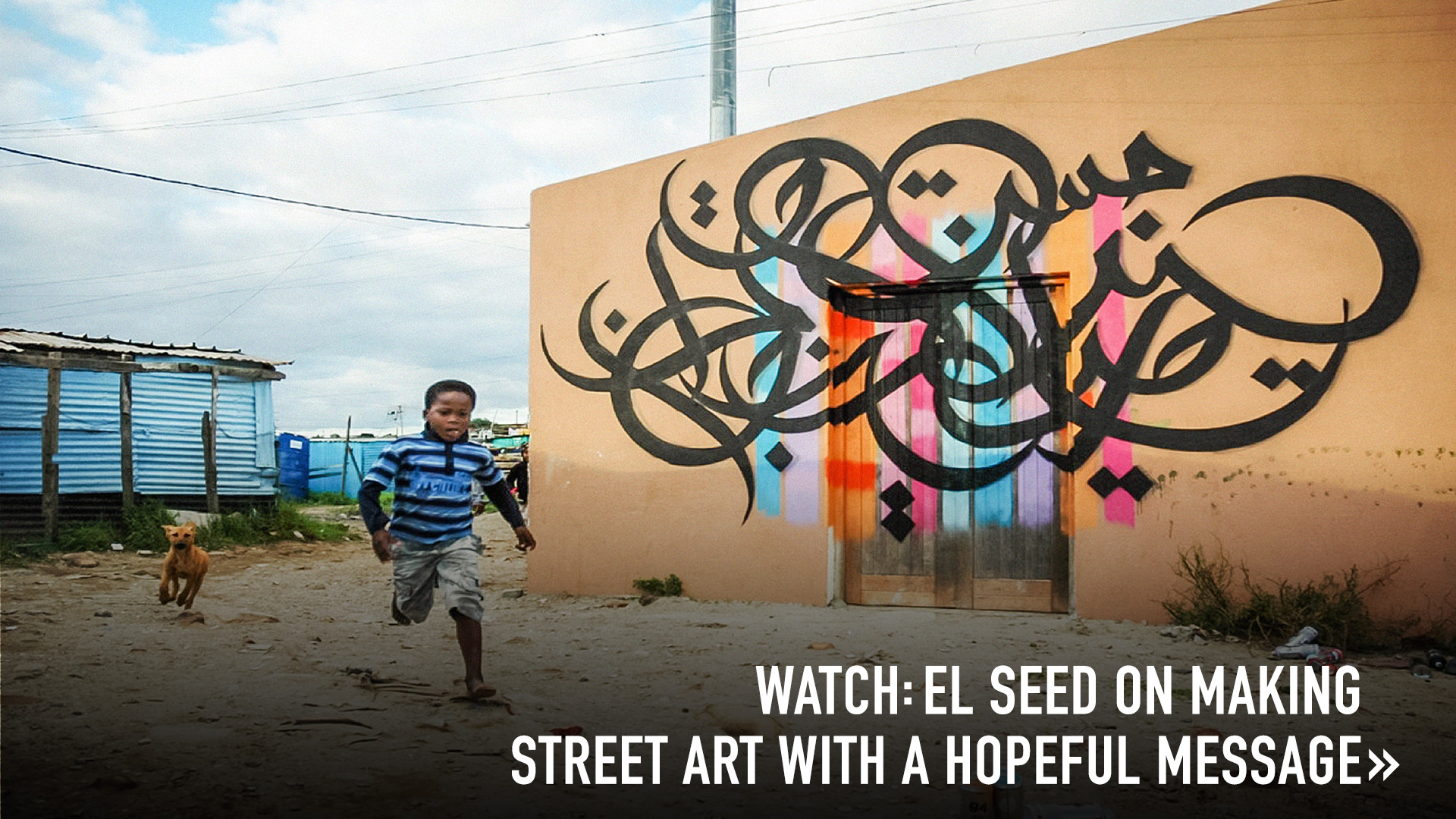 eL Seed is a TED Fellow and a "calligraffiti" artist who blends Arabic calligraphy with the modern art of graffiti. He has painted artworks on buildings around the world, including the 2012 message of unity he painted on a 47-meter-high minaret on the Jara mosque in Gabes, Tunisia. 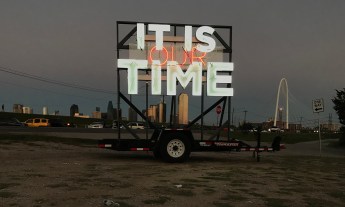