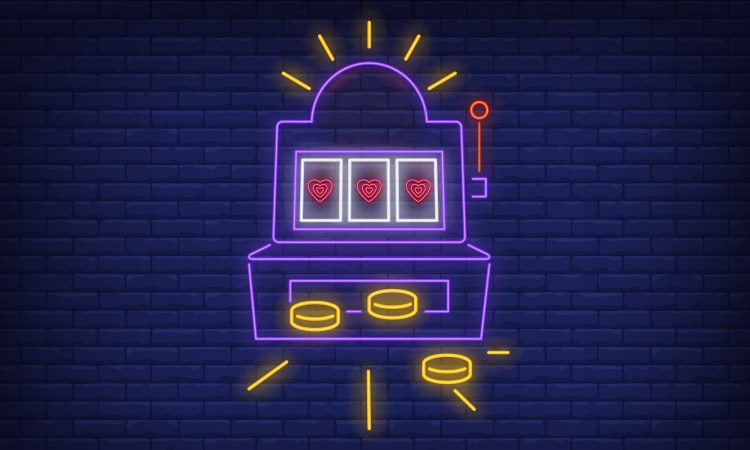 Being lucky in love isn’t like being struck by lightning — it’s a lot less random (and painful). Psychologist Barry Schwartz and biological anthropologist Helen Fisher share their opinions on the subject.

“A lucky relationship is created, not discovered,” Barry Schwartz said when Barnaby and I called him one morning.

A longtime professor at Swarthmore, Schwartz became nationally known for his surprising research on choice (TED Talk: The paradox of choice). He showed that while we think having many choices will make us happier, it actually leaves us less satisfied. When you have too many options, you’re always thinking about the alternatives that you passed up. Schwartz joked about how happy he used to be years ago when his local store offered only one kind of jeans. Then along came options like slim fit, easy fit, relaxed fit, . . . and on and on. When he leaves the store, the jeans fit much better, but he feels much worse. Adding options increases expectations, which, he said, “produces less satisfaction with results, even when they’re good results.”

What’s true for jeans is equally true for spouses. “If you’re looking to find the best, you’re never going to put in the time and effort to make what you have the best,” he told us. “It’s the Tinder effect. Why invest the time and commitment necessary to make a relationship grow when another option is just a swipe away?”

Married for more than fifty years, Schwartz has been investing in his own marriage for a long time. “We’ve known each other a lot longer than that — she was my best friend in eighth grade. So she doesn’t like it when I talk about finding a spouse who is ‘good enough,’ ” he said with a laugh. “But really, that’s what you want.”

The luck of their marriage wasn’t made the day they met, or the day of their wedding — that was only the beginning of the story.

Nobody likes the idea of “settling” for a spouse, but Schwartz points out we’re usually lousy at knowing how to evaluate potential mates. After all these years, he knows that his wife is kind, empathetic and intelligent, and has a fierce moral core — plus she’s a great first reader for everything he writes. But he didn’t focus on any of that when they met. “I was attracted to her because she was the first girl I ever met who loved baseball — more specifically, the New York Yankees. Liking the damn Yankees — what kind of basis is that for a relationship?”

But the luck of their marriage wasn’t made the day they met, or the day of the wedding ceremony. That was really the beginning of the story, not the end. The real relationship developed in the following years as they trusted each other and turned to each other for support and love. “You always hear people say, ‘Oh, they’re so lucky they found each other.’ But no. Really, they found each other and turned it into something others wanted. That luck happens much more often than kismet,” said Schwartz.

When you focus only on the days leading up to the wedding, you forget to think about what happens afterward. And it’s in that afterward when the marriage — and the real luck of love — kicks in. A successful financier I’ll call Troy thought he was the luckiest guy in the world when he started dating a model. His friends were appropriately wide-­eyed and jealous. The luck continued, or so it seemed, culminating in a wedding much shared on social media.

But then life happened. It’s a good bet that a guy who dates a beautiful model (we’ll call her Helen) is a type A, high-testosterone sort who likes to be the center of attention. When they went out in public, Troy found himself pushed into the background. Photographers wanted to get shots of Helen on the red carpet — and could he please step aside? There was always a flurry when they walked into a restaurant, but all eyes were on her, not him. The luck ended with a very expensive divorce.

If you’re single, finding the right person to marry can seem like an endless minefield. Helen Fisher, the biological anthropologist who has become one of the world’s experts on love (TED Talk: Why we love, why we cheat), met Barnaby and me one morning to talk about dating and getting lucky in love. Even after all her years of research, she’s still excited by love. “You’re trying to win life’s greatest prize — which is a life partner and a chance to send your DNA to the future,” she said. “But going out on dates can feel like a job, and it takes work. You have to dress up and be charming and have clean hair.”

Fisher is a research fellow at the Kinsey Institute and has an academic appointment at Rutgers University — but she also gets a lot of attention for being the chief scientific advisor to the website Match.com. Everyone who talks to her wants to know how technology has changed love. And while she says that 40 percent of singles have dated somebody they met online, she’s adamant that technology can’t change love at all.

Fisher advises that you check out five to nine people on an online dating site, then stop and get to know one of them.

“The brain is powerfully built to find love, and anthropological studies tell us that 90 percent of any interaction is nonverbal. When you’re with someone, the ancient human brain will click in and tell you if it’s right,” she said.

Fisher shares Schwartz’s position that too many choices can undermine love. Stay online too long and you get overwhelmed. (There’s always someone else a few clicks away!) She advises that you check out five to nine people on Match.com or any other online dating site, then stop and get to know one of them. “Go out there and be enthusiastic and interested. The more you get to know somebody, the more you like them,” she said.

If you want to get lucky, you may need to expand your view of what you think you want. For example, Fisher has found that people on dating websites often give very specific outlines of the characteristics they need in a partner — and then connect with people who have completely different traits. It’s a little like claiming that you want to watch BBC documentaries and then streaming ten episodes of Friends. Are you sure you know what’s going to make you happy? The algorithms on some of the dating apps are now taking into account what you do as well as what you say.

When asked about people who complain how difficult it is to meet someone special, Dr. Fisher sighed. “We make our own luck by going to places where luck might happen. If you love opera, go to opera events. If you love art, go to events at the museum. If you care about money, go where the rich hang out. Eighty- ­seven percent of Americans will eventually marry, but you don’t get there by staying home watching Westworld.”

Fisher herself got married once when she was young but jettisoned that relationship quickly and has never married again. She spent thirty years in a close, loving relationship with a man considerably older than she was, and after his death, she had several other involvements. Now she’s attached to a new man and working out whether it’s the perfect fit. She likes him a lot, but they don’t share all the same interests. Was the problem a dealbreaker, or just one of those things that you have to manage for a happy relationship?

Fisher pointed out you don’t kill yourself because somebody won’t have sex with you — but the end of a romance can lead to rage, anger,  suicide.

Like everyone else, Fisher is trying to figure out what would make her feel lucky in love. She contends that we have evolved with three kinds of love: sex drive, romantic love, and attachment to a partner. All have a biological basis. The evolutionary reason for a sex drive is obvious, since evolution can’t happen without it. Dr. Fisher said attachment is also an innate drive “that evolved so you can tolerate each other long enough to raise a child.”

But what about romantic love, the stuff of myth and legend and Shakespeare’s best plays? Fisher says it’s also a basic drive. She and two colleagues once did an experiment where they put people who were intensely in love into fMRI scanners to study their brain function. They concluded that the neurochemical dopamine is closely connected to romantic love. “There’s a little factory in the base of the brain that makes dopamine, and it’s right next to the regions that regulate thirst and hunger. Those are very basic drives — you don’t get rid of them,” Fisher told us.

Romantic love may be an even more powerful drive than sex or attachment. As Fisher points out, you don’t kill yourself because somebody won’t have sex with you — but the end of a great romance can lead to rage and anger and even suicide. Call it the Romeo and Juliet Syndrome — “thus with a kiss I die.”

In the throes of romantic love, you readily overlook the flaws of your partner because the brain creates a happy blur of positive illusion. When the romance dwindles, you notice more, and sometimes that’s when you stop feeling so lucky. Fisher thinks that maintaining some of those positive illusions — or at least focusing on what you like in the person rather than what you don’t — is part of what keeps you feeling lucky into the attachment stage.

When we think of luck, most of us are focused on the overt kind. You win the lottery! You get to the intersection just as the light turns green! A tree falls down in a storm and misses your house! Those events announce themselves as being good luck — and they’re hard not to notice. But most luck arrives in subtler form. And one of the keys to being lucky in love may be understanding that all choices are trade-offs. 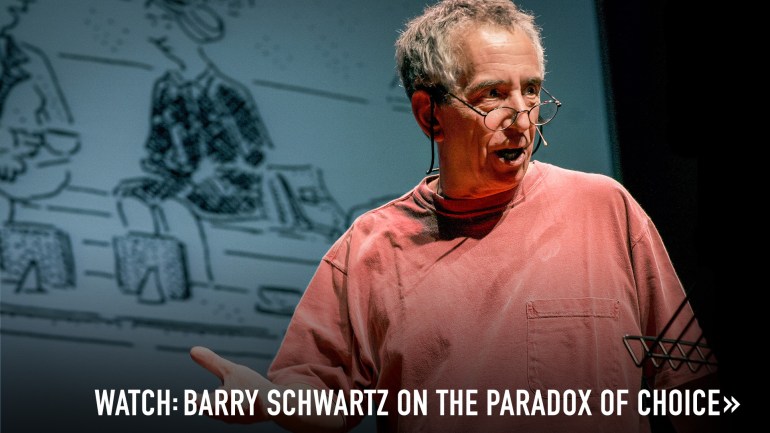 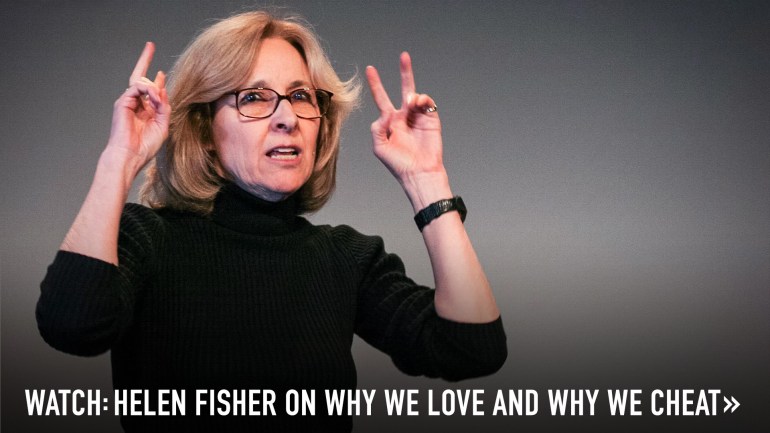 Janice Kaplan has been a magazine editor, television producer, writer and journalist. The former editor-in-chief of Parade magazine, she is the author of thirteen popular books including the New York Times bestseller "The Gratitude Diaries."

Barnaby Marsh works with leaders of major corporations, foundations and philanthropists, and conducts academic research at the Center for Evolutionary Dynamics at Harvard and the Institute for Advanced Study in Princeton. 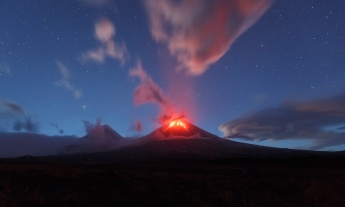 Is it lust or is it love? How to tell -- and how you can have both at once 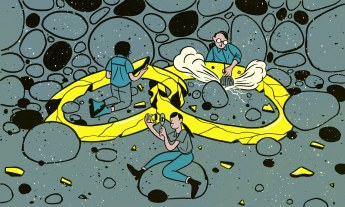 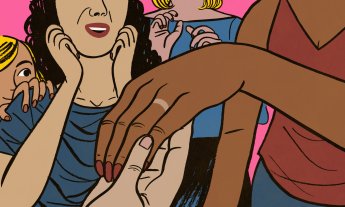