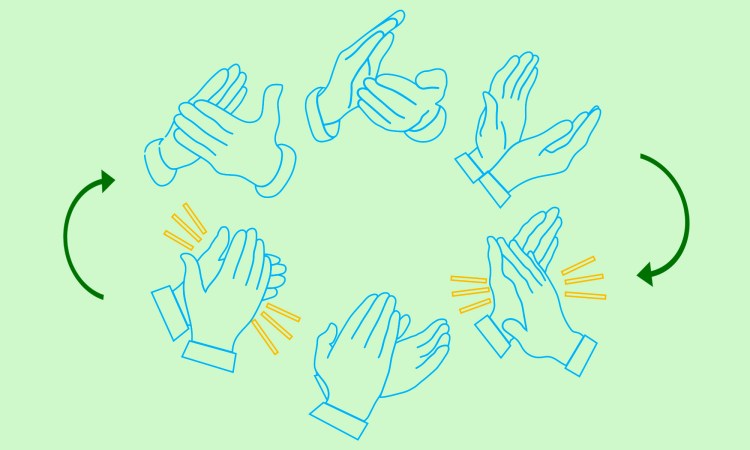 One hint: it often ends with the letters “est.” And it can lead to competition and disappointment, says psychologist and workplace researcher Shawn Achor.

Some people treat praise like a limited commodity. They believe that the key to advancement and success must be to absorb and rack up as much recognition and admiration as possible. This is the philosophy we learn in school, then hone to brutal efficiency in the working world.

Yet what these people fail to recognize is that praise is actually a renewable resource. Praise creates what I call a “virtuous cycle” — the more you give, the more you enhance your own supply. When done right, praise primes the brain for higher performance, which means that the more we praise, the more success we create. And the more successes there are, the more there is to praise. The research I’ve been doing over the past five years shows that the more you can authentically shine praise on everyone in your ecosystem, the more your potential, individually and collectively, rises.

I know I’m not the first to tout praise’s benefits. And I’m willing to guess that most people recognize that praise is invaluable. The problem in most of our businesses, schools and relationships isn’t just that we fail to praise enough; it’s that we have been praising the wrong way. I would go so far as to say that our current model of praise demotivates our teams, exacerbates internal strife in our families, and places a cap on our potential.

By telling someone they are “better” or “the best,” you are placing a limit on your expectation for what they can achieve.

The worst piece of praise I’ve sometimes received after a talk is “You were the best speaker today.” What’s so bad about that? First of all, it undercuts all the other speakers. Moreover, it reminds me of the fact that in many other cases I won’t be the best speaker, so now I feel nervous and self-conscious. Instead of enhancing me, this comment unbalances me in the future.

What you’re actually doing here is comparing, not praising. You are attempting to prop people up by kicking others down. Real praise is telling someone “Your report was amazing,” or “The comedic timing of your speech was perfect,” not telling them that their report or their speech was better than another person’s.

Moreover, by telling someone they are “better” or “the best,” you are placing an unconscious, implicit limit on your expectation for what they can achieve. If we’re striving only to be better than someone else, doesn’t that set our expectations for ourselves too low? It tells us that as soon as we are just a little bit better than another person, we can stop trying, even if it means stopping short of our potential.

If you want to enhance others, do not compare them. This has been one of the hardest lessons for me to write about, because I thought I was intuitively praising others, including my wife and son. But no matter how good your intentions, if you excitedly say to a child “You were the best one out there!” you just taught them that your love and excitement were predicated on their position compared to others. Nothing undercuts Big Potential — the success you can only achieve in a virtuous cycle with others — more than comparison praise.

The easiest way to stop comparison praise is to eliminate superlatives, like “the best,” “the fastest,” “the smartest,” “the prettiest.”

Think how often we fall for the comparison trap. “You are the hottest/smartest/funniest person in this room.” Why do we have to diminish everyone else in the room in an attempt to praise one individual? Comparison praise feeds into the Small Potential — the limited success that you achieve alone — mentality that success, leadership, creativity, beauty, love, or anything else that we care about are limited resources. When you tell a group of people that only a certain percentage of them can be successful, you are dampening everyone’s drive and ambition.

The easiest way to stop comparison praise is to eliminate superlatives from our vocabulary — “the best,” “the fastest,” “the smartest,” “the prettiest.” Instead, follow what I consider an inviolable law of praise for leaders and parents: Do not compliment someone at the expense of others.

So, what’s the best compliment I could get after my talk? It’s when someone tells me they are going to start doing one of the positive habits I spoke about, or they’re going to buy my book for a friend who is struggling. The most authentic way to acknowledge someone is to change your behavior.

In the working world, the pox of comparison praise appears in the form of performance reviews, particularly those that “grade” employees on a numerical scale. They may sound harmless enough in theory. However, when managers mistakenly believe that only a finite number of their employees can be “A” performers, they end up demotivating and stirring up resentment among all those who end up with lower grades.

There’s a wise old saying: “Comparison is the thief of joy.” If we really want to enhance others, we must stop comparing.

In a fascinating article, David Rock from the NeuroLeadership Institute posits a few more reasons why performance reviews should be obsolete. He argues that the numerical rating systems used by many companies don’t take into account how work gets done today. Work is happening in teams more than ever, he says, with many people working on multiple teams that are often spread throughout the world.

Luckily, some companies are embracing this idea. Back in 2011, the management at Adobe called a town hall meeting to discuss what they had found to be the biggest stumbling block to engagement scores and happiness: the 1-to-5 performance rating system for the employees. They did away with the system completely once they recognized the negative impact it was having on attracting and keeping good talent.

Even GE, which famously pioneered the idea of ranking employees and then eliminating the bottom 10 percent, has largely done away with this outdated system. There’s an old saying: “Comparison is the thief of joy.” If we really want to enhance others, we must stop comparing.

Excerpted with permission from the new book Big Potential: How Transforming the Pursuit of Success Raises Our Achievement, Happiness and Well-Being by Shawn Achor, published by Currency Books, an imprint of Penguin Random House LLC, New York. Copyright © 2018 Shawn Achor. 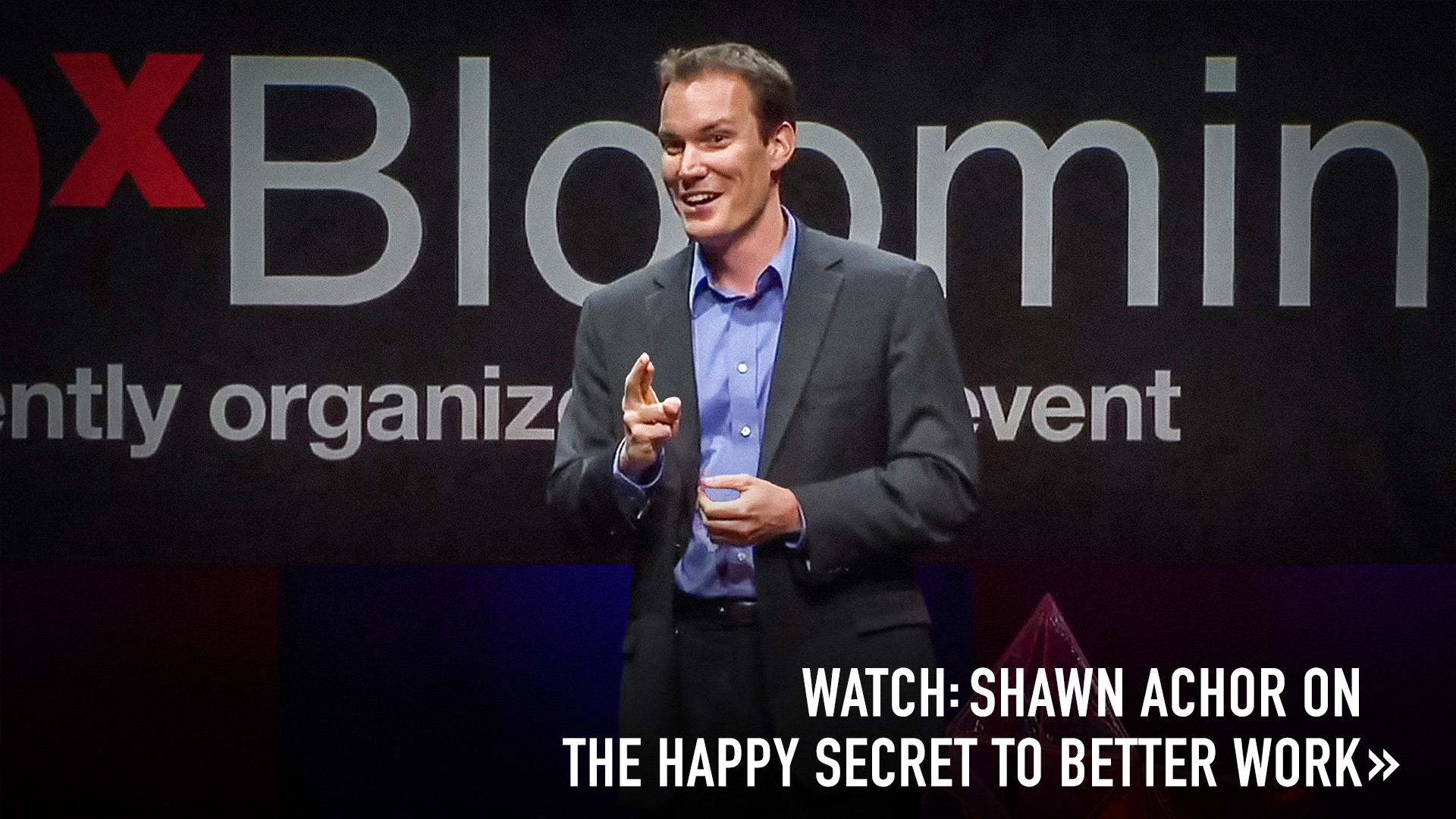 Shawn Achor spent 12 years teaching at Harvard University before bringing his research to Fortune 100 companies, the Pentagon, schools in Africa, and the White House. He now serves on the World Happiness Council and continues his research. 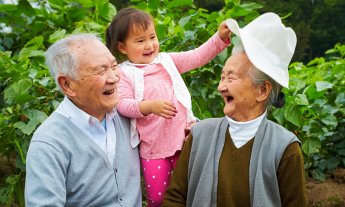