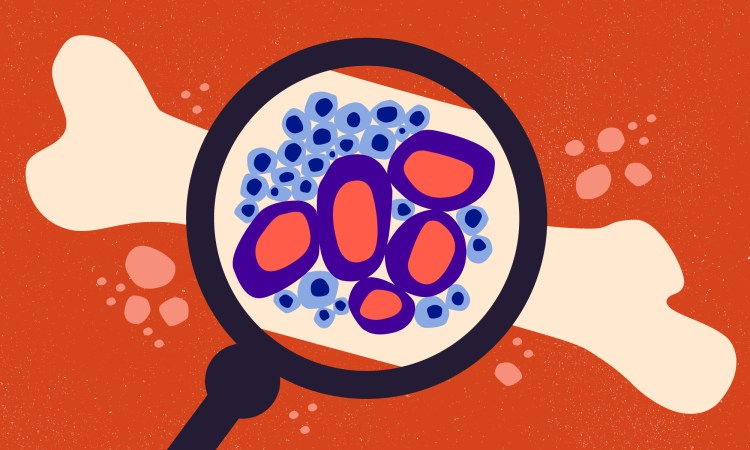 Paleo-oncologist Katie Hunt has a personal connection to the hunt for cancer’s earliest appearance in humans.

When archeologist Katie Hunt was diagnosed with ovarian cancer at 22, it catalyzed her curiosity about cancer — and she soon found evidence that this modern killer is a surprisingly ancient disease. Poring over old texts and past archeological research, and analyzing ancient remains, she identified both physical and textual evidence of cancer in antiquity. Now a pioneer in the nascent discipline of paleo-oncology, Hunt is laying foundations for gathering, organizing and analyzing relevant data so that we can expand our knowledge about cancer’s past — as well as figure out how better to fight it in future. She tells us more.

Digging in Egypt, grappling with a diagnosis. “As an undergraduate, I was invited to do fieldwork in Egypt’s Valley of the Kings as an assistant osteologist,” says Hunt. “I was already interested in bones, and what they can tell us about the past and present. But I was diagnosed with cancer during that period, and I began to think differently about bio-archeology. I wondered, did cancer even exist in the past? If so, how did it affect the people then, their families, society?” Hunt turned this curiosity into a research topic, and ended up unearthing a wealth of historical literature that mentioned cancer in ancient society, recorded as early as 1,500 BCE (in the Ebers Papyrus, an Egyptian medical text). “Ancient physicians even recorded treatments: surgery, cauterization, fasting — and any number of plants, including autumn crocus soaked in wine; a plant called spurge, related to castor bean; and Ecballium elaterium, or squirting cucumber,” says Hunt, noting that we still use quite a few elements from the ancient pharmacopoeia in modern chemotherapies. “Finding out that cancer existed — and that people even tried to treat it — inspired me to pursue the disease from the paleo-oncology standpoint,” she says. “After all, if we can see it in ancient literature, we should be able to find physical evidence as well.”

To find evidence of cancer in ancient human remains … just look at the bones. The primary methodology used to identify cancer in ancient remains is visual analysis: looking for abnormalities in the skeleton, says Hunt. Often this shows up as punched-out lesions in the bone, even if the cancer began in soft tissue. If lung cancer metastasizes, for example, it results in distinctive lesions in the ribs and the scapula, or the clavicles, the joints of the humerus, and sometimes the skull. “Breast cancer, testicular and ovarian cancer and even melanoma metastasize to the bone very quickly, too,” she says, “while bone cancers like osteosarcoma and osteochondroma cause uncontrolled bone growth.” Once researchers spot an abnormality, they can do a radiographic or microscopic analysis [looking at cross-sections of bone under a scanning electron microscope; and applying CT scans or X-rays, respectively] to understand more about what’s happening around the margins of the lesions. A biomolecular method of identifying mutations in ancient DNA is being developed, too. “Researchers are also working on protein analysis to assess the proteins affiliated with biomarkers of cancer,” Hunt says. “This can help us understand a little about what’s happening in that person’s immune system at the time of death.”

Paleo-oncology as a field is very new – and requires multiple disciplines. How can the study of paleo-oncology be so new? Hunt says it’s been a sideline for bio-archeologists, who have written some case studies and papers, but whose focus has been primarily on the more frequent health indicators like infectious diseases, violence, trauma and stress. “Professor Eugen Strouhal, who lives in the Czech Republic, spent time studying cancer in bio-archaeological remains, but mainly in Egypt, and his work primarily involved isolated skulls that were available to study,” says Hunt. Today, there are only a few people fully dedicated to paleo-oncology. “One of my colleagues, Jennifer Willoughby, from Western University in Canada, is doing a radiographic analysis of mummies to understand diagnostic criteria for cancer in mummies,” says Hunt. In any case, paleo-oncology is a highly multidisciplinary field, taking in evolutionary biologists, medical historians, archaeologists, specialists in ancient languages, bioarchaeologists, geneticists, oncologists and other cancer researchers.

How to diagnose cancer in thousands of old bones. Luckily, there are many ancient human specimens to examine. “We can’t know the prevalence or frequency of cancer until we analyze a massive population and identify bones that show visual evidence of cancer,” says Hunt. “So first, I’d like to build a solid standard methodology for visual analysis. Once we’re sure that the standard works and people know how to diagnose using it, we can move to the next step.” To get a system going, Hunt has launched — along with Willoughby and other colleagues Casey Kirkpatrick and Roselyn Campbell – the Ancient Cancer Foundation (ACF) and its research leg, Paleo-oncology Research Organization (PRO) . These bring together a network of archaeologists, oncologists and cancer researchers to develop scientific research standards and techniques, share educational information and provide grants. The project includes an open-source database of archaeological evidence of cancer, covering many eras and regions.

Paleo-oncology challenges the assumption that cancer is modern. It’s too early to say for certain, but Hunt says evidence points to the possibility that people have suffered from cancer throughout the history of humanity. “Physical evidence shows that 7,000 years ago, maybe even 9,000 years ago, there were individuals with cancer,” she says. “It’s not surprising, either. Humans have been exposed to carcinogens on a daily basis for a very long time: UV rays, smoke from fires, charred meats, viruses. And caves can be full of heavy metals that are fairly strong, known carcinogens.” So, says Hunt, the question really is not: “Did we have cancer in the past?” It’s now: “How did cancer manifest throughout history? What environmental, cultural and genetic factors — or combination of those factors — made an impact on how it developed?

Understanding how human biology responds to the environment could also help change how we deal with disease today — not just cancer, but other diseases as well. Hunt explains that an increased understanding of epigenetics — the effect external factors have on our gene expression — can help us figure out how the environment can change our DNA and the DNA of our offspring, making us more or less susceptible to diseases like cancer.

Cancer’s been around for a really long time. It’s not necessarily anyone’s fault.

The main challenges facing paleo-oncologists. Archeologists don’t like doing destructive analysis on human remains unless it’s absolutely necessary. “We want to be as respectful as possible,” Hunt says. “We’re already exhuming people from their place of rest, and while we repatriate, we certainly don’t want to drill a hole into an individual’s femur if it’s not absolutely necessary. There has to be a rigorous ethical code around taking samples.” Another challenge: geopolitics. “Each country has its own laws. If you’re working in Egypt, for example, you can’t take samples of human remains out of the country, while within the country, resources for something like biomolecular analysis are very limited, and very political. Similar limitations exist in Israel and the U.S.”

It’s not just about looking to the past — it’s about coming to terms with cancer now. Hunt and her colleagues are dedicated to expanding the perspective of traditional cancer research by making sure that research into the history of cancer is facilitated in a collaborative, open way. “Collaborative research means specialists in different fields can pool their experience and intellect. Bio-archaeologists, evolutionary biologists and oncologists all have specialist knowledge. Working together is important, and open access to resources is essential so that everyone with an interest in cancer — whether its past, present or future — can benefit from the knowledge.” says Hunt.

As a cancer survivor herself, Hunt also understands that coming to terms with cancer as a long-term human affliction helps put current suffering into more balanced perspective. “As any cancer survivor will know, you always ask yourself: ‘What did I do to cause this?’” says Hunt. “This sense of needing to blame something, anything — including yourself — is detrimental for the patient, for the family, the caretakers. And that’s not how it should be: cancer’s been around for a really long time. It’s not necessarily anyone’s fault.” 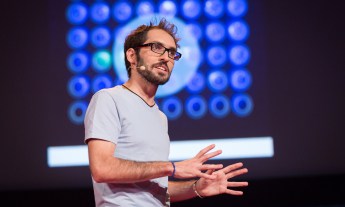 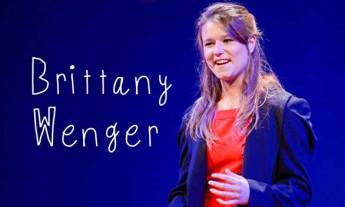 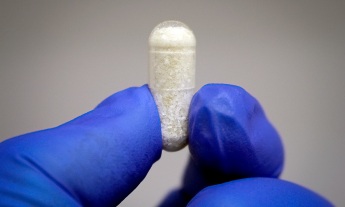 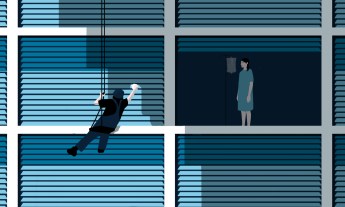 The toxic footprint of our hospitals