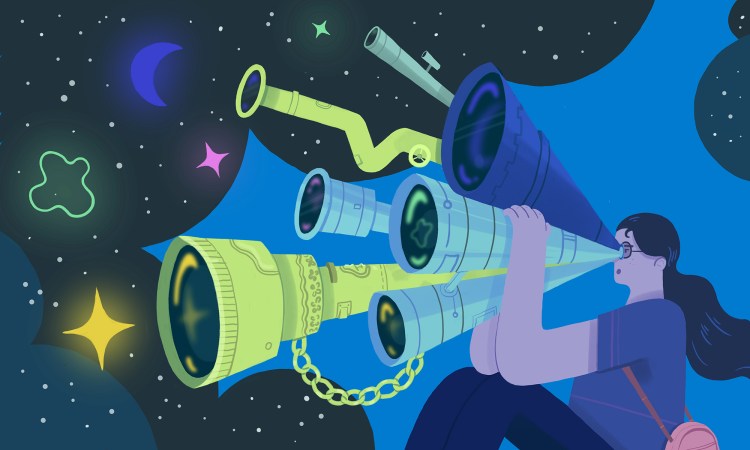 Here’s a crash course in 3 proven ways — scenario planning, premortems and red-teaming — to help you spot hidden opportunities and pitfalls (and maybe even predict the future). Writer Steven Johnson explains.

In the mid-1970s, environmental activist Paul Hawken was working with a nonprofit that taught intensive gardening techniques to people in developing countries. He had lived in the UK, where he saw how English gardeners tended to spend more on higher-quality tools. “Wealthy Americans were buying cheap tools,” he recalled, “while poor people there were buying what we call expensive tools — but which were cheaper over the life of the tool.”

Hawken figured better tools might be helpful for the nonprofit’s work too, so he ordered a shipping container of well-made trowels, spades and cultivators. By the time they arrived, though, the head of the nonprofit had a change of heart — and Hawken found himself in possession of a huge amount of upscale garden tools. He partnered with his friend Dave Smith to create a company to sell them to local gardeners. They eventually settled on the name Smith & Hawken: “It sounded so English, old and solid.”

Their venture was a success, and they started to contemplate whether they should find investors and break out to a larger audience. But would there be a large enough market of people willing to shell out $30 for a shovel when they’d spent their entire gardening lives paying $10?

Scenario planning is a tool for imagining multiple future timelines — and thinking about how your business might play out across all of them.

One investor they approached was Peter Schwartz (who’d later go on to write influential books and co-found the Global Business Network and the Long Now Foundation). Schwartz was an experienced practitioner of a technique known as scenario planning, a decision-­making tool developed at Royal Dutch Shell in the 1960s. Scenario planning is a tool for imagining multiple future timelines — and thinking about how your business might play out across all of them. Shell, for instance, famously used scenario planning to anticipate the oil crisis of the mid-­seventies.

Scenario planning starts by gathering lots of detailed trend information, and ends in full-on worldbuilding. Schwartz used the technique to evaluate the prospects for Smith & Hawken’s business. Building those future scenarios required a lot of research across every trend that might affect the company, what is called “full-spectrum mapping.” He analyzed urban vs. ­suburban migration patterns that might affect the market size for gardeners; looked at an emerging trend in US consumer behavior where there appeared to be a new appetite for more expensive European brands; contemplated macroeconomic possibilities; and surveyed then-fringe movements like organic farming and environmental activism.

He combined all that research into three stories, imagining three distinct futures: a high-­growth model, a depression model, and what he called the transformative model (“a shift in values that would amount to a profound transformation of Western culture”).

In all three scenarios, it turned out, there was room for high-quality gardening tools — consumers got more materialistic and had more leisure time to garden; or they got poorer and needed to grow more of their own food; or a transforming society made people more connected to the Earth. Schwartz decided Smith & Hawken’s future was promising no matter which scenario came to pass, and he made a small investment in the company, which was soon selling millions of dollars of trowels.

What differentiates the scenario-planning approach from other flavors of futurism is its unwillingness to fixate on a single forecast. By forcing themselves to imagine several alternatives, scenario planners avoid the trap of the single seductive story.

Storytellers suffer from confirmation bias and overconfidence like the rest of us. To avoid those pitfalls, you need to trick your mind.

Scenario planning is a narrative art. You take the unpredictable haze of future events and turn it into storylines — say, that the market for high-­end gardening tools will expand as the culture grows richer, or poorer.

But be aware: Storytellers suffer from confirmation bias and overconfidence just like the rest of us. Our brains naturally project outcomes that conform to how we think the world works. To avoid those pitfalls, we need to trick our minds into entertaining plot lines that might undermine our assumptions, not confirm them.

Some decision theorists, like the psychologist Gary Klein, suggest a useful exercise that Klein calls a “premortem”: forcing yourself to imagine a scenario where your decision turns out to be an utter disaster, and then talking through the steps that got you there.

As Klein explains in a 2007 Harvard Business Review article about premortems, if you simply ask people what might happen and why, their explanatory models are less nuanced and imaginative than if you tell people that a disaster did happen and ask them to explain why it did. The act of conjuring that bleak narrative helps people perceive flaws you and they may not have otherwise seen. It also has two more benefits, Klein notes: it “sensitizes the team to pick up early signs of trouble once the project gets under way,” and it creates a safe space for people with negative opinions to speak without fear of seeming … well, negative.

Red teams — a hybrid of scenario planning and war games — were a key part of the decision-making process that led to the raid on Osama bin Laden’s compound.

Scenario planning works best when it draws on diverse expertise, with viewpoints from insiders and outsiders — even your competitors. Now, it’s not likely you’d actually invite your competitors, detractors or enemies into a scenario-planning session. But you can simulate an outsider perspective using “red teaming,” a hybrid of scenario planning and war games. It’s a systematic version of devil’s advocacy where you sketch out a few decision paths with imagined outcomes and a group inside the organization is assigned the role of emulating the enemy’s thinking and behavior.

The military has a long history of red teaming. This tactic was a key part of the decision-making process before the 2011 raid on Osama bin Laden’s compound in Pakistan. Military planners hoped to avoid the blind spots and confirmation biases that undermined their decisions on the Iraq WMD investigation. Mike Leiter, head of the National Counterterrorism Center, had in fact written much of the official 2004 report on the WMD fiasco and its root causes; he was particularly eager not to repeat the mistakes.

At one point, Leiter told senior White House counterrorism advisor John Brennan, “You don’t want to have a WMD commission come back and say, ‘You didn’t red-­team this one.’ I wrote that chapter, John.”

In late April 2011, a matter of weeks before the raid, Leiter commissioned a red team exercise to explore other narratives that could explain the mysterious compound in Pakistan — without bin Laden actually living there. The red team he assembled included two new analysts who hadn’t been involved in the investigation at all, to give the project fresh eyes. He gave them 48 hours to come up with alternative interpretations that could fit the facts on the ground.

They came up with three scenarios: bin Laden had been in the house, but was no longer there; it was an active al‐Qaeda safe house, but it was occupied by a different al‐Qaeda leader; or it belonged to a criminal unconnected to terrorism.

At the end of the exercise, the team was asked to rate the odds of each scenario, including a fourth scenario that bin Laden was in the building. The average of the red team’s ratings had it at less than 50‐50 odds that bin Laden was there — but they also concluded the bin Laden scenario was more likely than any of the other individual scenarios.

Hard choices are often hard because they impact other people’s lives in meaningful ways, so our ability to imagine that impact turns out to be an essential talent.

Sure, we’ve all said “let me play devil’s advocate for a second” in a meeting. But the difference with strategies like scenario plans, premortems and red teams lies in the formal nature of the process: giving people a specific task and an identity to role-­play. By taking on a new identity and seeing the world through a simulated worldview, new outcomes become visible.

Experimenting with different futures and identities is more than just a way of uncovering new opportunities (or pitfalls). Hard choices are often hard because they impact other people’s lives in meaningful ways, and so our ability to imagine that impact — to think through the emotional and material consequences from someone else’s perspective — turns out to be an essential talent.

Excerpted with permission from the new book Farsighted: How We Make the Decisions that Matter the Most by Steven Johnson. Published by arrangement with Riverhead Books, an imprint of Penguin Publishing Group, a division of Penguin Random House LLC. Copyright © 2018 by Steven Johnson. 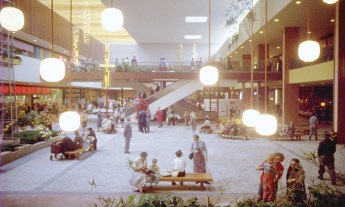 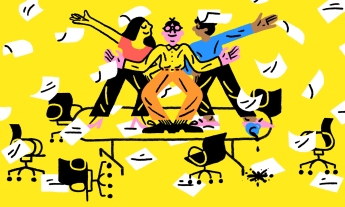 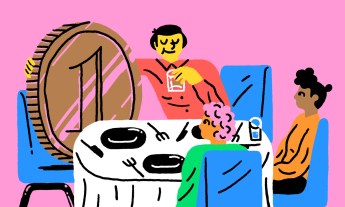 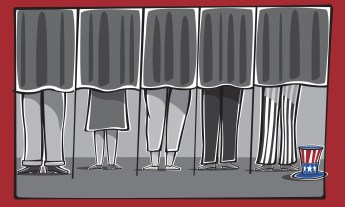