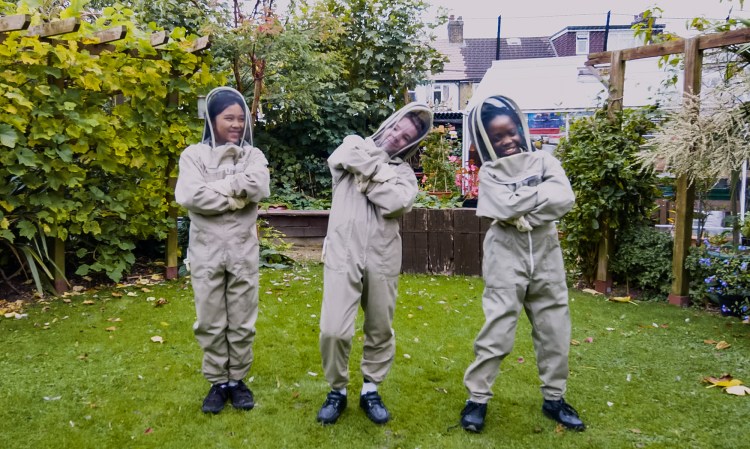 After hearing an idea that struck them at their core, these people were no longer satisfied to sit on the sidelines — so they jumped in.

Hearing an inspiring idea is like experiencing a great book or movie; it stays with you. For most people who watch a TED Talk, this occurs subtly, with the concept going into our minds where it serves as a kind of creative compost. But there are also individuals who can divide their existence into B.T. and A.T. (before TED Talk and after TED Talk) — their lives were that affected by their viewing. Now you can meet some of them through “Torchbearers: Ideas in Action,” a video series made in collaboration with the filmmakers at Great Big Story. Each picked up a TED Talk idea like a baton and ran with it. Below, meet some of the stars of the series, plus a few others whom we were unable to film.

1. A 91-year-old becomes an amateur archaeologist

Back in the mid-1950s, Doris Mae Jones and her husband were planting a garden in their backyard in Indiana when they stumbled across a fossil. They were thrilled. Digging for fossils became a hobby for the couple, and it brought them a great deal of joy.

Flash-forward to 2016 when space archaeologist Sarah Parcak — who studies satellite imagery in order to locate archaeological sites — announced the creation of the citizen science platform GlobalXplorer.org in a TED Talk, inviting the world to assist her with her work. This turned out to be just the kind of challenge that Jones, in her early 90s and living in Cleveland, Ohio, was hungry for. “I wanted something to do, and I felt this was something useful,” she says. “I thought it also might jog my brain a little.”

So she joined GlobalXplorer when it launched in 2017, and from her armchair in Ohio, she searched an incredible 50,200 tiles — each tile representing a 300 square meter area — in Expedition Peru in a few months. Now the sites found by Jones and GlobalXplorer’s thousands of amateur explorers are being shared with local archaeologists who are checking them out in person. “Even at my age I can continue to hunt for lost civilizations,” says Jones in the video below.

2. A computer scientist in Cambodia joins the fight against pandemics

Channé Suy Lan grew up in Cambodia, where she studied computer science. So when she saw a TED Talk and learned about Larry Brilliant’s vision to develop tech tools to stop pandemics before they start, she realized she could put her her talents to use in a potentially world-changing way. In 2008, she joined the staff of Brilliant’s InSTEDD iLab Southeast Asia in Phnom Penh, a workspace dedicated to creating new approaches to detecting disease outbreaks in the Mekong region. Since starting as a product manager, she has worked her way up to become the lab’s regional lead.

One example of her efforts: Lan and her team have assisted Cambodia’s CDC and Ministry of Health in transitioning from an outdated, slow-moving, analog reporting system for pandemic activity to one that combines high-tech and low-tech elements in real-time. The high-tech component: an SMS reporting hotline for community health workers around the region to text in their daily reports. But because workers speak a wide variety of languages and vary in literacy levels, Lan and team came up with a low-tech innovation that they call the “reporting wheel.” This wheel is a circular piece of paper that each health worker can print out and carry with them, directing them to the right texting code to use — no matter what language they speak — so all their reports can be tallied into a single system. Brilliant says of Lan: “She’s the heart and soul of the operation. Because of her grit and determination and smarts, she trained herself and has built something that is widely revered.”

3. A businessman tries to build a more compassionate Pakistan

When Amin Hashwani, a business executive and activist in Pakistan, heard Karen Armstrong’s TED Talk, it stopped him in his tracks. In her talk, Armstrong describes how compassion is more than a nice idea — it is a trait that enables humanity to flourish. This deeply resonated with him. Hashwani says, “Global warming, deforestation, species extinction, oceans rising, epidemics, human displacement, food shortages, water strain — at the root of each and every problem we can think about is that we’re not being a compassionate society as nations or as a global community.”

In 2011, Hashwani founded the Compassionate School Network, a program to train schools and educators to build student skills in compassion. Soon, the network is expected to reach one million students, fostering a new generation of leaders with empathy. Hashwani has also built the Charter for Compassion Pakistan, a national endeavor that sponsors programs to inspire a more compassionate society. Under its auspices, the Collaborative Libraries Project donates book collections to underserved schools; the Mumkin Women’s Empowerment program introduces women to entrepreneurial opportunities and arms them with marketable skills; and the Compassionate Cricket Camp instructs children in the sport — one of the most popular in the country — for two months a year, while also getting lessons in four key areas of compassion: mindfulness, courage, integrity and forgiveness.

As Armstrong notes in the video below about the mayor of Louisville, Kentucky, and his drive to create a city in which people abide by the Golden Rule, instilling compassion is not a one-and-done exercise. We constantly need to examine ourselves and our society, and be vigilant against violence, inequality and injustice. Hashwani embraces this attitude. “As the Chinese saying goes, you cross a river by feeling the pebbles under your feet,” said Hashwani. “So we keep on evolving our models.”

4. A scientist in Mexico turns sharks into tools for conservation

Marine scientist Mauricio Hoyos Padilla studies sharks and manta rays. He and his team tag them to understand their migration patterns and take samples to find out how they’re affected by factors like temperature change and microplastics in the water.(If Padilla’s name sounds familiar, it might be due to the fact that he became Internet famous after he posted a video of Deep Blue, a great white shark believed to be the largest ever caught on film.) He has long been inspired by oceanographer Sylvia Earle, and her 2009 TED Prize wish for people to use whatever means they have to ignite support for marine-protected areas helped move him in a new direction.

As a result, Padilla and his colleagues at the nonprofit Pelagios Kakunjá now look at their work in a fascinating way: they use the marine creatures they study as conservation tools. By collecting information about how sharks and manta rays move, they’re able to understand which habitats are critical to their survival — and then petition governments to protect them. Their work has had real results: at Revillagigedo Archipelago, a site that has been called Mexico’s “Little Galápagos,” their data led policymakers to increase the protected area around each island from 12 nautical miles to 40.

5. A US flight attendant shows the humanity of refugees through photography

JR’s TED Talk “Use art to turn the world inside out” instantly struck a chord with Seattle-based flight attendant and photographer Josh Mojica. He loved JR’s massive black-and-white images, affixed to walls in public areas. But even more than the medium, he was drawn to the artist’s overall message — that portraiture can highlight our shared humanity. After having his portrait taken by INSIDE OUT’s photobooth truck in New York’s Times Square a few years ago, Mojica read about the Syrian refugee crisis and decided to take action. “I love the simplicity of the INSIDE OUT project and how affecting it can be,” he said. “I wanted to use those resources for refugees.” He flew to Thessaloniki, Greece, where he listened to refugees’ stories, took their portraits, and made them into posters for people to paste up.

Back in the US, Mojica felt surprised that people weren’t more engaged in helping with the refugee crisis. “When I returned home, hardly anyone was talking about it. I felt like the media was whitewashing the whole thing,” he says. He decided to take his INSIDE OUT project on the road, traveling to refugee camps throughout Greece and Serbia. He captured thousands of portraits of refugees for a series which he titled “The Struggle Is Real.” With his close-up images, he wants to obliterate the anonymity with which displaced people are often covered in news stories and present a more complete picture of who they are: “Just individuals fighting for a better life.” In the video below, JR explains why he appreciates Mojica and other photographers taking the INSIDE OUT concept and making it their own. “That’s the great thing,” JR says. “No one knows what will happen next.”

6. A UK teacher brings food into every aspect of his school

Timothy Baker has been head teacher of the Charlton Manor Primary School in London since 2004. He has always known he wanted to do more to make sure his students were eating healthy, but he wasn’t sure how. When he heard Jamie Oliver’s TED Talk, a blistering call for a Food Revolution in schools, he knew he had found a potential collaborator. Baker connected with Oliver, and the two met to discuss. The original idea was for Oliver to help improve the food served in the cafeteria.“He revolutionized our school dinners,” says Baker. “He got the cooks here cooking from scratch. It became something really central to the school, and I’ve been inspired to really carry it further.”

So Baker decided to redesign the entire curriculum at Charlton Manor so it’s not just about providing kids with a food education but about building their entire education around food. He started a large garden — including beehives tended by students, shown in photo above — where children learn to grow fruits and vegetables and built a teaching kitchen where chefs collaborate with teachers on lessons in math, science, history, religion and much more. Baker’s example shows that food can have positive effects that go far beyond good nutrition. In the video below, a student named Sean says, “I will pick onions, broccoli and carrots because they’re all healthy, they make you stronger — obviously — and they just make me happy.”