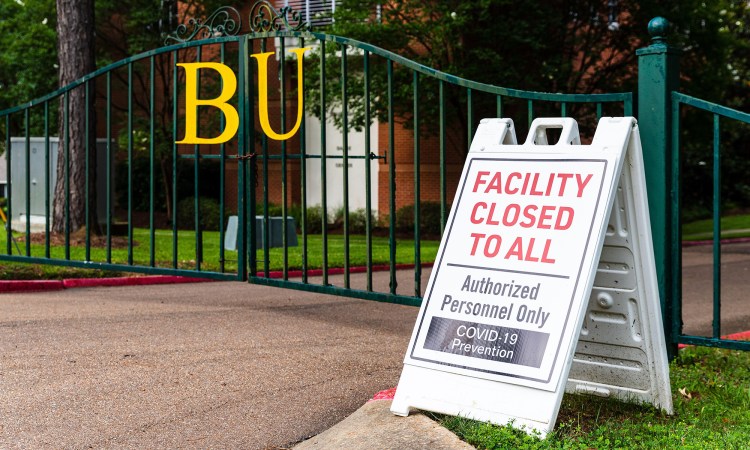 It’s time to end the consensual hallucination between university leadership, parents and students that in-person classes will be able to resume in the fall. The bold statements from presidents and provosts are symptomatic of the viruses that also plague American leadership and business — exceptionalism that has morphed into arrogance and an idolatry of money that supplants regard for the commonwealth.

These statements strike a tone similar to a CEO in the midst of a disastrous earnings call who demonstrates near-delusional optimism so investors don’t sell shares. The declarations could be interpreted as: “Parents, please send in your deposits. Nothing wrong here, nope, all good!”

A combination of self-aggrandizement and elitism has convinced American universities that its services are worth indebting generations of young people and now risking their lives by becoming agents of spread. 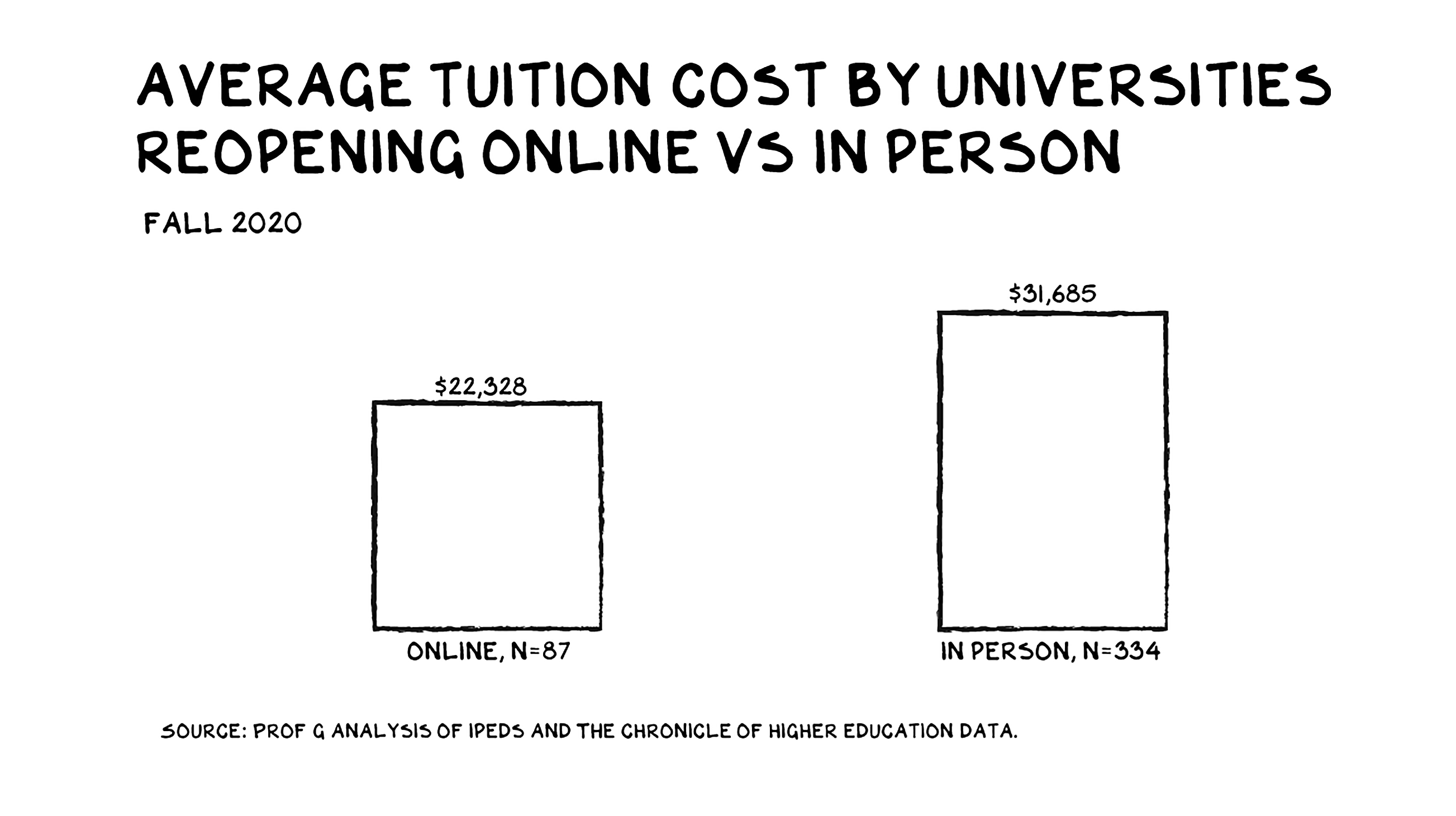 The US COVID-19 narrative is: The virus abates in the summer, comes back in the fall (with an apex likely not as severe) as we begin administering a recently discovered vaccine, and then we’re back to our lives before year’s end. However, it appears COVID-19 didn’t get the memo with our proposed timeline and is indifferent to our optimism.

While universities have a nobler mission than movie theaters, professional sports, restaurants and choir practice, the virus thrives equally in a lecture on Aristotle as in a movie theater, bar or basketball court. The leadership and administrations of universities are talented, creative and empathetic.

But their optimism here isn’t a superpower. It’s a liability.

While the virus continues to rage, our classrooms are only as safe as our weakest links. Every university effectively falls to the highest common denominator of infection rates. Every university catalog brags that their student body represents all 50 states and 20/30/40+ countries — this means every large university will be welcoming thousands of people from regions that have some of the greatest infection rates globally. After 12 weeks together, those students will travel back for winter break to all 50 states, and international students to the four corners of the earth.

What. Are. We. Thinking?

See below, my home home state of Florida: 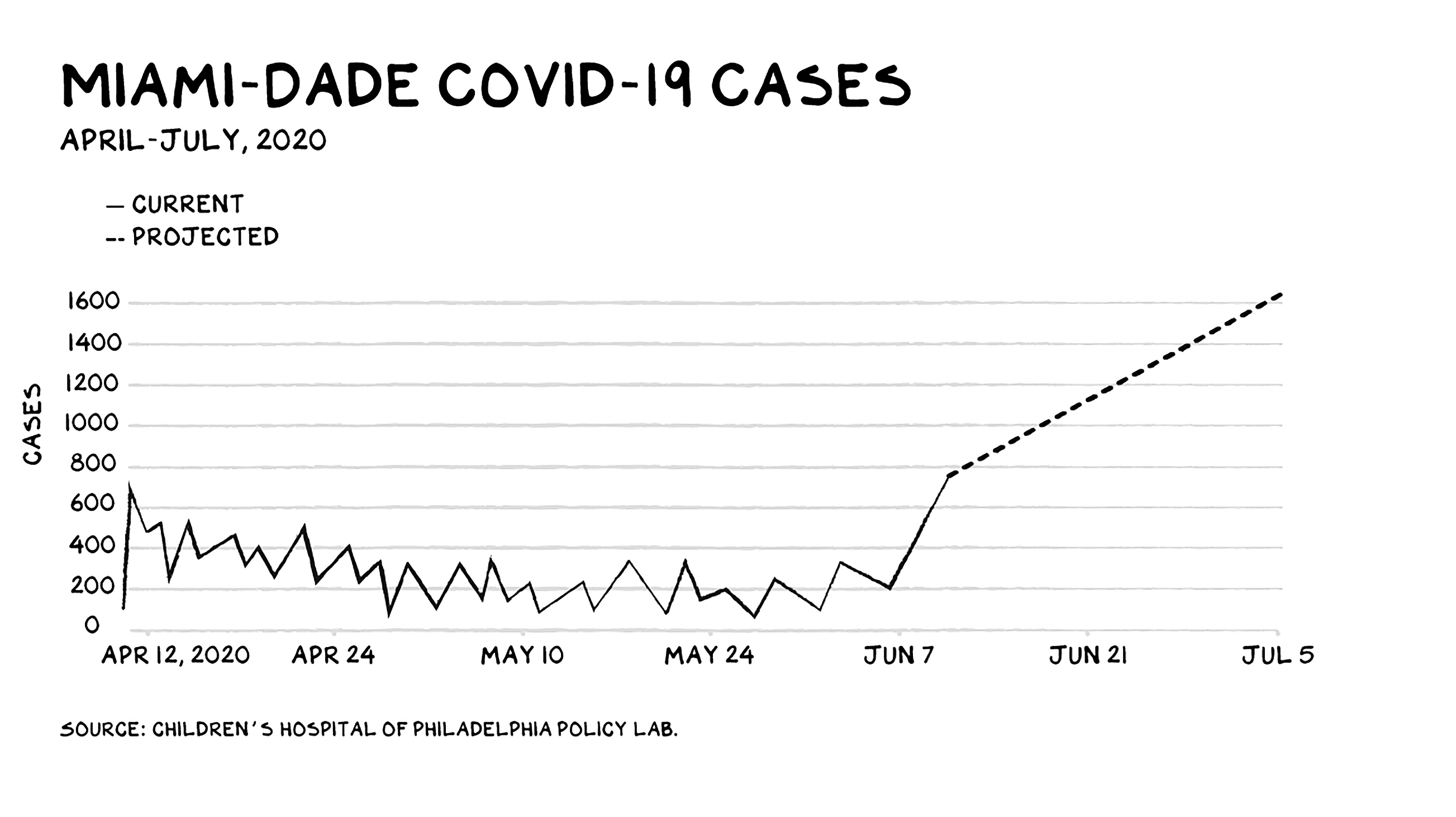 Except the on-campus guidelines will only be as effective as those adhered to off-campus.

My 4th year at UCLA, I was Interfraternity Council President (not on my LinkedIn profile). As king of the jarheads, I was privy to the tragedy that unfurled each week from the collision of youth, alcohol and newfound freedom. In the same year, a Lambda Chi passed out from drinking on the roof of his fraternity, rolled off into the driveway, and was found the next morning in a coma. Our IFC VP (a Phi Kap) got shi**y drunk at a party in Malibu, decided to take a jet-ski out at 2AM, and washed up 5 days later. Yep, but today’s youth will definitely wear masks and keep 6 feet from each other off campus.

Gen Z is one of the age groups most likely to be asymptomatic. They are also most likely to feel immortal and defy healthcare guidance. So, both physically and psychologically, young people are among the most inclined to be superspreaders.

Letting students congregate in rooms permanently sealed for temperature control, regardless of masks and distancing protocols, plays like the opening scene of Contagion 2. We don’t have technology yet to sanitize sealed air or air circulated through a building. Air purifiers aren’t up to the task.

I flew up from Florida to NYC in June. That same day, NY Governor Andrew Cuomo ordered all travelers from Florida to self-isolate, and I’m complying. If this order had been issued just eight weeks from now, I would have to miss the first class I’m scheduled to teach at NYU. Twenty-two million students enroll in college in the US annually. Hundreds of thousands of faculty and administrators would be interacting with them on campus.

Do the math on the complexity and the conditions that lead to the highest risks for infection — travel, exposure, sealed air, close proximity.

And what about the old people — the faculty? The average age of a tenured professor is 55, meaning if you meet a 40-year-old tenured prof, there is someone at 70 teaching Ellingtonia, or the Study of Duke Ellington (seriously, I took this class at UCLA).

What happens when an iconic professor doesn’t show up at week 4 and is dead by week 7? It’s likely, with any critical mass of in-person classes, that this could happen at several, if not dozens, of campuses. Stanford University alone has 22 Nobel laureates, five Pulitzer Prize winners, and 27 MacArthur fellows. These are people we need to protect.

In the coming weeks, after receiving deposits and tuition, even more universities will begin announcing that they are moving to all online courses for Fall. The scenario planning via Zoom among administrators rivals D-Day. But likely all scenarios will lead to one realization: The protocols mandated by the surge in US infections will diminish the in-class experience to the point where the delta between in-person and Zoom will be less than the delta between the risks of each approach.

Parents and students may still decide to send their kids back to campuses that are open, and they’ll make their own decisions concerning the risks they can tolerate with a hybrid experience — online learning while living on or near campus. They should and will enjoy the quad with their friends — marked for distancing. But in-person classes should not take place.

Universities will face a financial crisis as parents and students recalibrate the value of the fall semester. (Spoiler alert: it’s a terrible deal.) In addition, their cash cows (international students) may decide that xenophobia, COVID-19 and H1-B visa limits aren’t worth $79K (the estimated one-year cost of attending NYU).

This has been a long time coming and, similar to many industries, universities will be forced to make hard decisions. Most will survive —  but many will not. This reckoning is overdue and a reflection of how drunk universities have become on exclusivity and the Rolex-ification of campuses, forgetting that we’re public servants not luxury brands.

After siphoning $1.5 trillion in credit from young people, universities that cannot endure a semester on reduced budgets do not deserve to survive.

A crisis is a terrible thing to waste, and there is a huge opportunity. Once university leadership has acknowledged the obvious, they can turn their formidable human and financial capital to reducing the gulf between online and offline experiences. We have, in just the recent months, come a long way. Leaning in to the online experience will instill universities with a multi-channel competence.

Post-COVID, this competence could result in similar levels of student satisfaction and experience, and an effective doubling of campuses if 50 percent of classes, those best suited for remote learning, are held online. This also has the potential to break the wheel of the emerging caste system fueled by higher ed.

By leveraging technology, university leadership can unlock a massive increase in the return on investment of public universities, which educate two-thirds of university students. The argument that additional seats erode the brand equity of the institutions is bullsh*t. A doubling of the freshman seats at UCLA would return admission rates to what they were in the ‘90s (which makes it still more difficult to be admitted than when I applied).

We’d like to think every fall that we — the faculty and administrators — become parents (or OK, foster parents) to the 22 million students who return to campuses in the US each September.

What parent would let their kid go to a movie theater 15 times a week? That’s what some universities are proposing with in-person classes.

Yet it’s not our parental concern that should lead to greater transparency and leadership — but our citizenship. American universities are a place where promising youth can find their greatness, and great minds find the truths that make the world a better place through research. When it comes to infection rates, universities are the enemy of R0, not its agent.

We are all exhausted from this pandemic, and the need for a return to normal is powerful. But we need to check our optimism — and re-embrace our other superpower: Empathy. We must ensure that healthy 18- and 19-year-olds don’t pass the virus to a more vulnerable population.

There isn’t a democracy, Central Bank, heart-lung transplant team, big-tech firm or boy band that hasn’t been led by a US university alum. US universities have survived and prospered for centuries, and must play a key role, as always, in arresting — and not enabling — the greatest health crisis of our era.

This column was originally published on Scott Galloway’s No Mercy / No Malice blog.

Scott Galloway is the New York Times bestselling author of "The Four: The Hidden DNA of Amazon, Apple, Facebook, and Google" and a professor at New York University's Stern School of Business. A serial entrepreneur, he has founded nine firms, including L2, Red Envelope, and Prophet. His weekly YouTube series, "Winners and Losers," has generated tens of millions of views. He is the cohost of Pivot with Recode's Kara Swisher and the author of the newsletter No Mercy/No Malice. 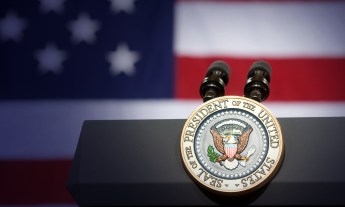 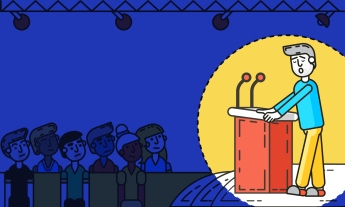 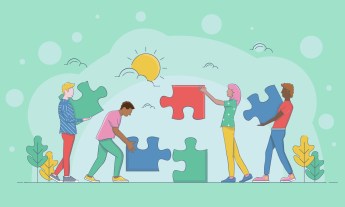 How can schools best prepare students for the future? Give them real work to do 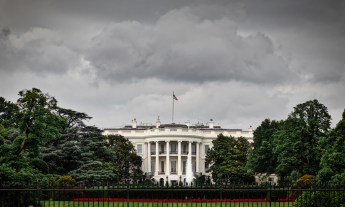