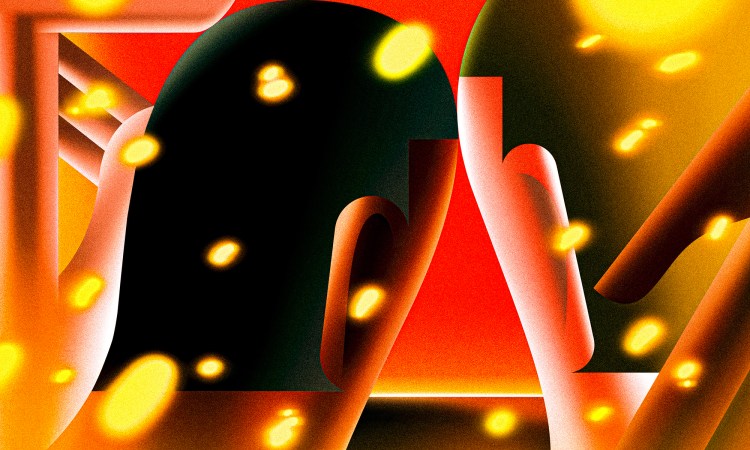 The climate crisis is the single biggest threat facing humanity. It’s no exaggeration to say it touches every aspect of our lives, from the production of wine and coffee to global internet infrastructure and energy systems — not to mention it has the potential to undo the last 50 years of progress and development in global health.

But did you know it could also be affecting your love life?

Before you get alarmed, know that the fundamentals of dating and mating will largely stay the same —  even though the climate and world may drastically shift. “If we end up living in a world where the economy and the environment have been completely reshaped by climate change, many aspects of our lives may be dramatically changed but romantic relationships have a way of being consistent and resilient despite what’s going on,” says Michael J. Rosenfeld PhD, professor of sociology at Stanford University in California.

That said, here are some subtle changes — and ones you may already be experiencing.

1. Extreme weather can decrease your sex drive and harm your reproductive health

Global warming increases the frequency and severity of extreme weather events such as hurricanes, floods and wildfires, which can lead to symptoms of post-traumatic stress disorder (PTSD), anxiety and depression. These kinds of negative emotions are also associated with a dip in sex drive, says Katherine M. Hertlein PhD, professor in the Couple and Family Therapy Program at the University of Nevada, Las Vegas.

Then there’s the extreme heat. Hot and humid days can affect sex drive as well, making people feel lethargic as the body tries to keep cool. A study found that days above 80°F resulted in significantly fewer births approximately eight to ten months later. On average, hot days were associated with a reduction in birth rates nine months later by 0.4 percent, which amounts to about 1,100 births.

People associate pro-environmental behaviors with qualities like altruism, which are considered desirable characteristics in long-term partners.

While it’s possible that sweltering heat is a mood killer, the study found a partial rebound in birth rates over the next few months, suggesting that high temperatures may harm fertility by affecting reproductive health. Other studies have shown that heat can change the luteal and ovulation phase of the menstrual cycle as well as reduce sperm motility, which makes it more difficult to conceive naturally.

There may also be an indirect link between climate change and fertility through its impact on agriculture and the economy, and how these factors can influence family planning behaviors, says Anita Ravi MD, family physician and CEO of PurpLE Health Foundation in New York City. Food and water security, extreme weather events, and disease caused by climate change put women’s reproductive control at risk. For example, natural disasters and forced migration can hinder access to safe, high-quality reproductive health services, including birth control.

2. Going green can make you more attractive to prospective mates

Dating apps like Tinder and OkCupid have both reported that more users are including climate change in their dating profiles over the past few years. There was also a 240 percent increase in the mention of climate change and environmental terms on OkCupid profiles from 2018 to 2020. In 2019, Tinder revealed that ‘climate change’ and ‘environment’ topped the list of what their Gen Z users cared about when deciding who to date.

Opposing views on the climate crisis certainly don’t mean a relationship is doomed to fail.

Plus, engaging in pro-environmental behaviors, like recycling, potentially increases a person’s desirability, according to a recent study. The researchers also found that people were motivated to engage in these types of behaviors in the presence of attractive members of the opposite sex in order to appear more socially conscious.

3. Conflicting views on the climate could lead to friction with your partner – but not necessarily

At the same time, differences in political views can contribute to conflict and disagreement in relationships, Hertlein says. The future might be viewed differently by people with contrasting beliefs in climate change, making it challenging to have a similar vision for the future they want to build together.

Couples who feel connected intellectually and emotionally may have more fulfilling sex (and overall relationships) with their partners.

However, opposing views on the climate crisis certainly don’t mean a relationship is doomed to fail. After all, there are many successful couples with opposing views who happily co-exist. What it really comes down to is whether partners share core values, and these can vary widely. For example, sharing a faith tradition might be a priority for one couple but not for another.

And just like our belief systems can influence the way we live, our views on environmental issues can also impact our lifestyle choices, like the kind of car we want to buy or the number of children we choose to raise. For instance, adults under 45, namely Millennials and Gen Z, appear to be the first generations to seriously consider having fewer or no children because they are worried about climate change.

The main takeaway: Couples who feel connected intellectually and emotionally may have more fulfilling sex (and overall relationships) with their partners, according to Hertlein.

While climate change may have some influences on how we date and mate, it’s not going to stop people from having sex. So is there a way to tackle climate change and live our best sex lives? Yes.

Some environmentally-conscious individuals are engaging in “eco-friendly sex” — choosing condoms, lube, toys, birth control, etc. that have the least environmental impact on the planet. For example, male condoms impact the environment throughout their life cycle, from the production of raw materials on rubber plantations, to the energy and chemicals required to process, package and transport the latex.

Ultimately, though, experts say that your safety, comfort and health should come first. For example, lambskin condoms are biodegradable, but they don’t protect against sexually transmitted infections (STIs) as well as latex condoms do. While long-acting contraceptives such as the intrauterine device (IUD) and the birth control implant generate less waste than latex condoms, they may cause more side effects.

And whether you feel compelled to adjust how you’re having sex for the sake of the environment, keep in mind that reducing the risk of unwanted pregnancies — which would have contributed tons of CO2 emissions annually — ultimately benefits you and the planet in the long run, too.

Sex in the sea is a surprisingly inventive affair. Learn more in this TED-Ed lesson: