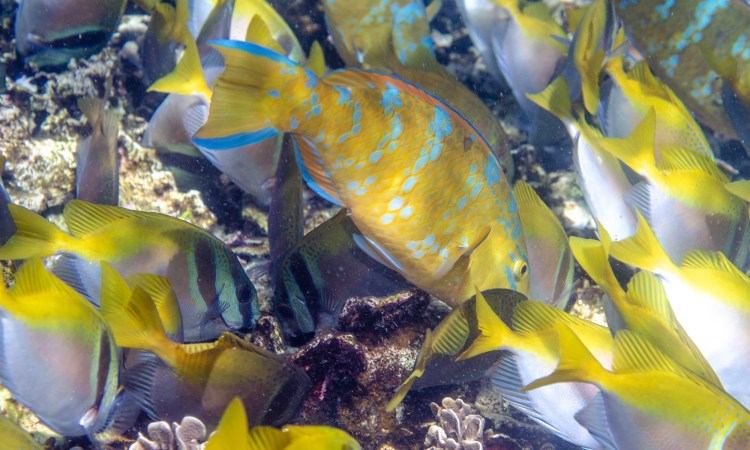 Every day, corporations like Facebook, Amazon and Google learn more and more about human behavior by collecting incredible volumes of data — what’s called Big Data — on our social behavior. They use it to learn things like how our behavior is influenced by the behavior of other individuals in our social network.

But what if we could do the same thing with animals in nature?

What if we could carefully measure the precise behavior of many different animals, all at once, in a specific environment, over long stretches of space and time? Could we use those measurements to generate algorithms that predict what wild animals do so we can sell advertisements to them understand their role within the ecosystem?

These are the questions that my team and I have been working on for nearly seven years. I’m a marine biologist (and a TED Fellow), and I research coral reefs in French Polynesia, the Caribbean and Southeast Asia. I got into this line of investigation after spending hundreds of hours underwater, watching reef fish and thinking: “There’s more to these animals than we realize!” 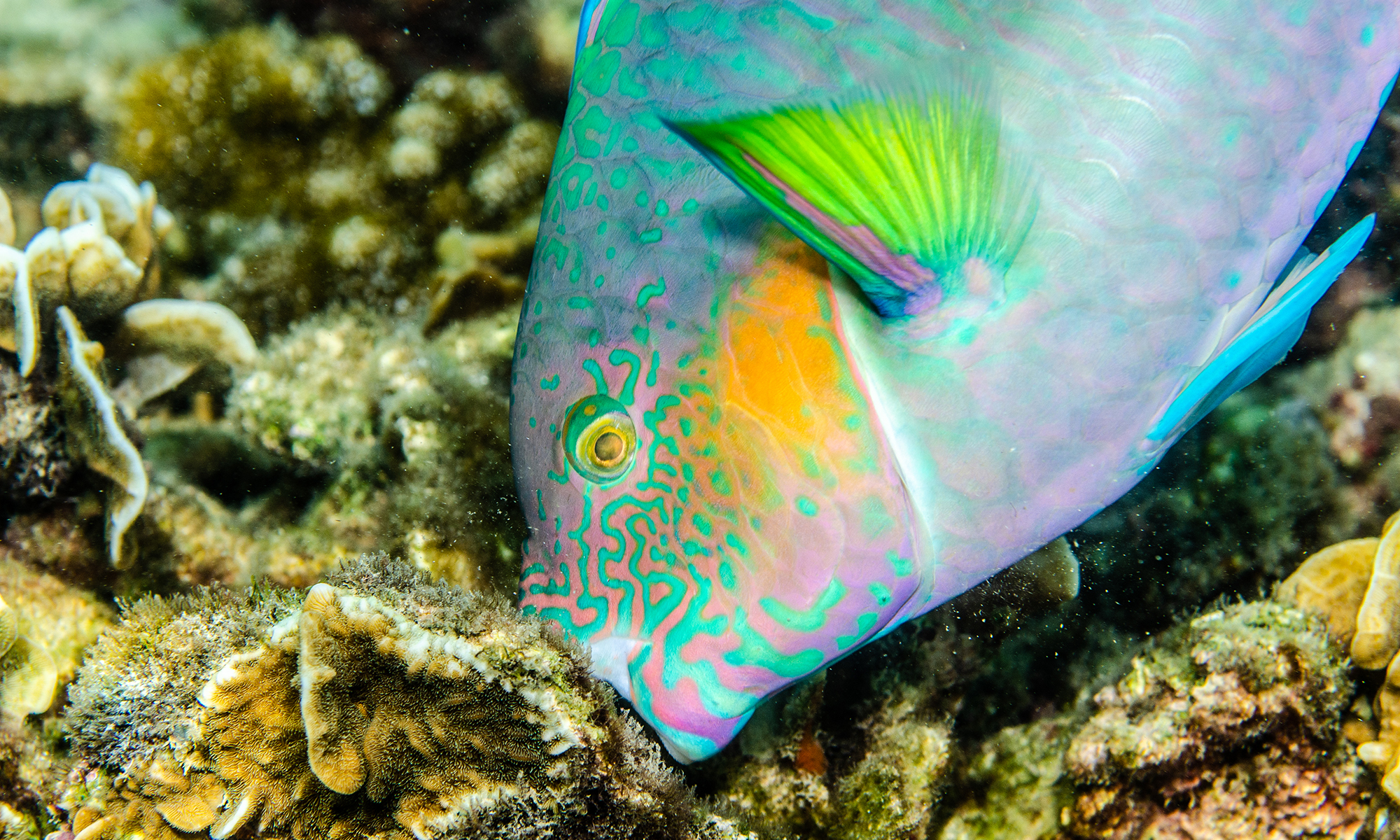 Billions of people across the planet depend on coral reefs for food, jobs and coastal protection, with reefs supplying an estimated $375 billion USD annually to the global economy. But due to human-driven environmental changes, chief among them climate change, pollution and overharvesting, coral reefs all over the world are threatened. Our best chance of sustaining them, and our natural ecosystems in general, is by understanding how they function in the face of human demands.

That’s where algorithms come in.

My team and I don’t just collect Big Data on how animals behave in the wild; we use these data to build computer simulations of natural environments. By using math and code — much like building a video game — we’re able to carefully observe how entire ecosystems grow and respond to changes in the environment that we can easily simulate. While it can be difficult for us, as humans, to observe the dynamics of nature directly, since many natural ecosystems move on timescales spanning decades and even centuries, centuries can be simulated on a computer with a single click.

Conventional wisdom has said: Because animal behavior occurs extremely rapidly, relative to how ecosystems grow and change over time, behavior doesn’t really make a difference in the long run, right?

But what we’ve discovered through our simulations challenges that thinking.  We found that wild animals, like humans, are heavily influenced by their social networks, and their individual decisions can end up shaping their ecosystems.

Starting in 2013, my team and I designed massive, jungle gym-like structures equipped with an array of video cameras to spy on coral reefs in French Polynesia. These odd contraptions allowed us to monitor every fish in an area about the size of two parking spaces throughout the day. With the help of AI, we could measure not only exactly what each fish did but also exactly what each fish could see in any given moment.

This granted us the unique ability to study the previously unknown social lives of reef fish. Among the most prevalent species we recorded in French Polynesia were parrotfish, surgeonfish, wrasses and Moorish idols.

These fish, it turns out, are more like humans than we thought. They are interconnected through strong links of social influence, and even the actions of different species can shape each individual’s decisions.

For example, reef fish use each other as indicators of when and where it’s safe to go out and eat. Much like humans might go to a restaurant to get dinner, see that it’s empty upon arrival, and then change plans, the reef fish we studied would see open areas of reef with few or no fish and would be more likely to avoid these locations. This behavior likely hinges on risk perception, rather than expectations of bad food: the risk of getting eaten by a predator, like a shark, can be much higher when fewer fish are around.

But there’s more: We found that fish social networks can amplify the damage that humans do to fish populations and the overall ecosystem; when we measured how social fish in our simulated ecosystem responded to fishing, the effects were felt much more strongly. 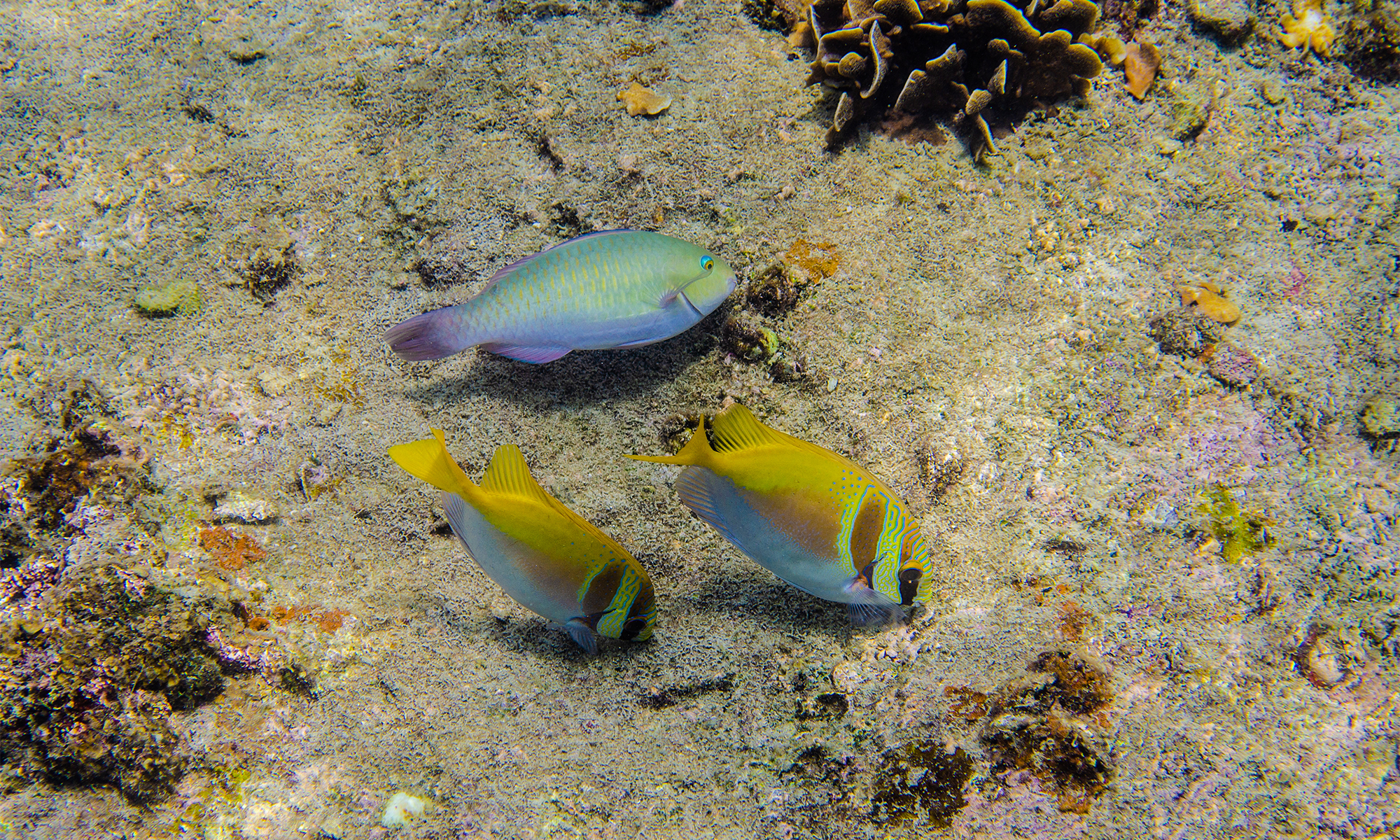 As it turns out, fishing doesn’t just remove fish from a particular environment, it removes their social influence too. The remaining fish eat less because they have a reduced social network — and, thus, less information about when and where it’s safe to eat. And there’s a kicker. The fish species we study eat algae that, when left unchecked, kill coral. So when the fish population collapses, along with the information supply of the remaining fish, so does the wellbeing of the corals and the entire ecosystem they support.

In our simulations, we also observed how the coral reef responded to the speed at which fishing changed. Specifically, a rapid increase in fishing can cause the ecosystem to collapse in just a matter of years. But the ecosystem could withstand the same increase indefinitely when it was spread out over the course of several years, in the absence of climate change.

Coral reef fish are not the only wild animals for which researchers have gathered evidence of strong social feeding behavior. We’ve also seen this in mixed-species herds of wildebeest, zebra, giraffes and gazelle, for example. And, of course, coral reefs are far from the only ecosystem that’s being threatened by human-driven environmental damage, including climate change. Indeed, the pace at which the climate is changing is predicted to increase if we humans don’t start modifying our ways. Ocean warming due to human-caused climate change has already caused widespread coral bleaching and death in reefs around the world.

What our findings suggest is that the pace at which humans change our natural ecosystems — and not just the magnitude of that change — can determine whether these environments will ultimately survive. And to me, this is hopeful news. I’ve been in love with coral reefs ever since I first swam in one at the age of 19 and was awestruck by what I experienced. I believe that by slowing down our environmental changes as much as we can, we could save coral reefs for future generations of humans to fall in love with. All we need to do is remember to — as Jack Johnson and Paul Simon put it — “slow down … You’re moving too fast.”

All images and GIFs: Courtesy of Mike Gil.

Watch this video to learn more about how he studies the behavior of fish in coral reefs:

Mike Gil PhD is a marine biologist, TED Fellow and National Geographic Explorer, who has led field research around the world. His studies are linked by a common goal: To leverage whatever tools are needed to discover how nature works, so that we can preserve natural ecosystems that support our way of life. Gil is also an award-winning science communicator who directs SciAll.org, which uses personal videos that invite the public to get to know scientists and what makes them tick.