My hopes, dreams, fears for my future black son 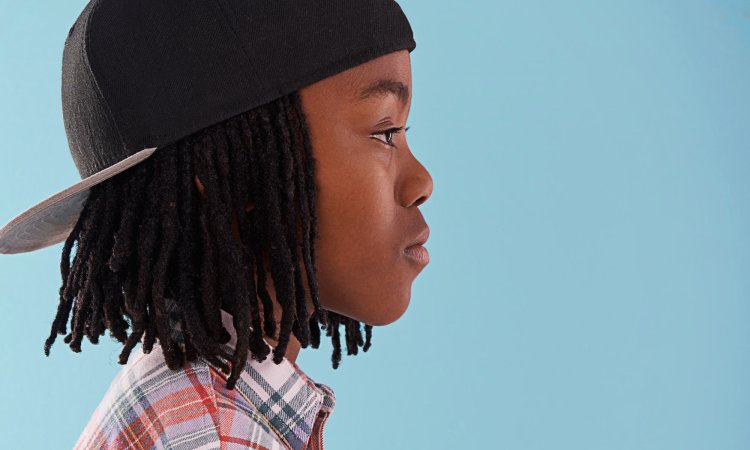 In a letter to the son he may someday have, poet Clint Smith reflects on the lessons he learned growing up, and shares his hopes for his future child.

I want to tell you how difficult it is to tell someone they are both beautiful and endangered. So worthy of life, yet so despised for living. I do not intend to scare you. My father, your grandfather, taught me to follow a certain set of rules before I even knew their purpose. He told me that these rules would not apply to everyone, that they would not even apply to all of my friends. But they were rules to abide by nonetheless. Too many black boys are killed for doing what others give no second thought. Playing our music too loud, wearing a sweatshirt with the hood up, playing with a toy in the park. My father knew these things. He knew that there was no room for error. He knew it was not fair. But he loved me too much not to teach me, to protect me.

I have told you this story before, but it is worth revisiting. Many a Saturday morning, my friends and I would ride bikes throughout the neighborhood together. The wind chiseled our faces into euphoric naiveté. The scent of breakfast being prepared seeped out from beneath the cracked windows of the shotgun homes that lined our streets. All that we deemed worthy of our attention were the endless possibilities that lay atop our handlebars. Which is to say, we were children. We were a motley crew, an interracial assemblage of young boys that would have made the Disney Channel proud. We dreamed of building tree houses with secret passwords; of fighting dragons effortlessly side-stepping their perilous, fiery breath; of hitting the game-winning shot in stadiums of thousands of people chanting our names. Our ambitions were as far-reaching as the galaxy we had been born into. We were small planets simply attempting to find our orbit.

I pray that you live in a radically different world from the one that my father and I have inherited.

On one afternoon, we went to the field where we so often played football — tackle, of course — as we were set on replicating the brawn and bravado that we watched each Sunday on our televisions. This time, however, the field was closed. The fence bolted by a lock that could not be snapped. One friend, whose long, blond hair dangled gently over his eyes, tossed the football to me, and immediately began to climb the fence. I watched him: the ease with which he lifted one foot over another, the indifference of his disposition to the fact that this was an area we were quite clearly not supposed to enter. I remember hearing the soft, distant echo of a police siren. Perhaps a few blocks away. Perhaps headed in a different direction. I couldn’t be sure, but I knew better than to ignore it. He reached the other side, and looked back, beckoning the rest of us to join him. I held the football in my hand, looking at him through the chain link fence between us. It was at this moment I realized how different he and I were, before I had the words to explain them to either him or myself. How he could break a rule without a second thought, whereas for me any mistake might have the most dire of consequences.

I hope to teach you so much of what my father taught me, but I pray that you live in a radically different world from the one that he and I have inherited. I do not envy his task, one that might become my own. I tell you these things because I know how strong and resilient you will be. How you will take their fear and make a fort of this skin, and turn it into a bastion of love against unwarranted inhumanity.

I want you to realize that sometimes it will not be the things the world tells you, but the things it does not tell you. It will be the omissions, rather than the direct affronts that do the most damage. Your textbooks will likely not tell you how Thomas Jefferson thought that blacks were “inferior to the whites in the endowments both of body and mind”; how Franklin Delano Roosevelt’s New Deal left a hole just wide enough for black families to fall through while lifting the rest of the country into the middle class; it will not tell you how the federal government actively prevented black families from purchasing homes in cities across this country; it will not tell you how police departments across this nation are incentivized to see you as a problem, something to be taken care of. They will not tell you these things, and because of that they will expect you to believe that the contemporary reality of our community is of our own doing, that we simply did not work hard enough, that things would be different if we would simply change our attitudes, the way we speak, the way we dress.

With that said, do not for one moment think you cannot change what exists. This world is a social construction; it can be reconstructed. This world was built; it can be rebuilt. Use everything that you accrue to reimagine the world.

You are not a mistake. You are not a deficit. You are not something to be eradicated or rendered obsolete. You exist beyond pathology. You come from a lineage of those who built this country. You come from my grandfathers, one who toiled tobacco fields amid the ever-expanding pastures of Mississippi throughout his adolescence, the other who fought a war for a country that would spit at his feet as soon as he put down his gun. You come from grandmothers who dedicated their lives to teaching in communities where the quality of one’s education was subject to the whims of the state. You come from my parents, who both protected me from violence and made me feel whole. You are the manifestation of their unyielding commitment to overcome.

I hope the world you inherit is one in which you may love whomever you choose. I hope you read and write and laugh and sing and dance and build and cry and do all of the things a child should do.

I pray that you never have to stand on the other side of a fence and know that it is a world you cannot enter simply because of your skin.

Clint Smith is a poet and educator based in Cambridge, Massachusetts. He is a 2014 National Poetry Slam champion. Find him on Twitter @ClintSmithIII. 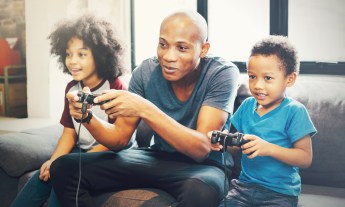 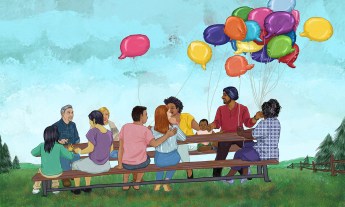