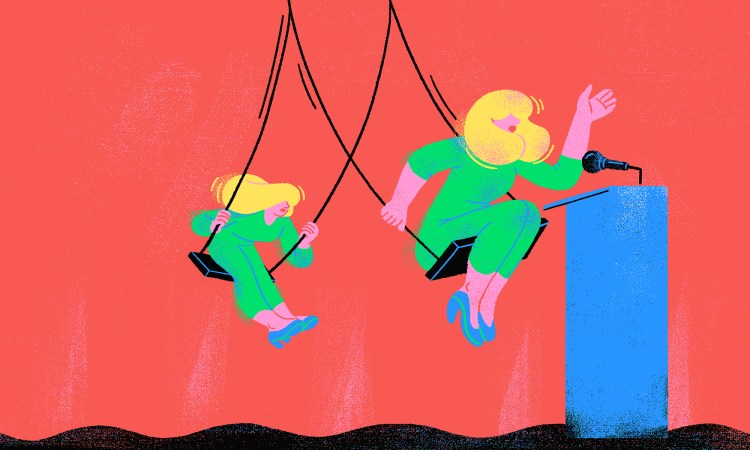 Most of us feel scared about talking in front of a crowd, and in response, we either rehearse incessantly — or we stop speaking in public altogether. Neuroscientist Anwesha Banerjee has this suggestion: Why not get used to it?

Whether it’s at work, at a wedding or at a school event, we all need to speak in front of an audience at some point in our lives. No matter how much we may enjoy the fear induced by rollercoasters or Stephen King novels, the particular anxiety of looking out into a sea of faces waiting expectantly for you to speak is one that few of us enjoy.

Take Anwesha Banerjee, a neuroscientist at the Emory School of Medicine in Atlanta, Georgia. She is a fan of films like The Conjuring and The Ring. But she as she recalls in a TEDxDecatur Talk, “What I absolutely don’t want is to be in a horror movie in real life. Unfortunately, I realized I was in one eight years ago when I did my first public presentation.”

Not only was the scrutiny of the audience — a room full of scientists — unnerving, but even after she got off stage, she could feel the ripples of fear shooting through her. Or, being a neuroscientist, she says, I had “a hyperactivated amygdala”, which is the part of the brain that deals with emotions, including fear. Since then, she’s realized how neuroscience can help us better deal with that terror.

The experience led her to wonder: What is it about stage fright that undoes otherwise competent, confident people? After all, we humans routinely and willingly engage in activities that could lead to death — most notably, driving — without thinking twice. Meanwhile, there’s very little chance that public speaking could kill us, or even significantly harm us, says Banerjee,“but every time we have to get on stage in front of people, we can almost feel death.”

In response, many of us tend to do one of two things: We either avoid public speaking altogether, or we work to get rid of our fear of public speaking by practicing really hard. However, Banerjee points out the weakness of these approaches. “The problem with both those strategies,” she explains, “is that they’re going to fail because we are constantly reinforcing the fear in our head.”

As she sees it, our difficulty with speaking in front of a group, she says, has less to do with the fear of speaking itself and more with how we constantly reinforce that fear. We tell ourselves again and again — and tell other people too — that speaking in public is frightening, and that being frightened is to be avoided at all costs. “When we say that to ourselves repeatedly, we engage our brain in a process called negative reinforcement,” says Banerjee. “Negative reinforcement is defined as strengthening of a behavior response by avoiding a negative stimulus. Of course, in this case, the behavior response that we are strengthening is our fear response, and the negative stimulus is getting up on the stage.”

The answer, according to Banerjee, is to acclimate ourselves to the fear. “The only way to thwart negative reinforcement is to actually be in the presence of the stimuli as much as we can,” suggests Banerjee. “ As the famous saying goes, you’ve got to get back on the horse that threw you.”

How do we do this? By making stage fright a habit. This may sound odd, but it has everything to do with how our brains work. “When we engage in a new situation, our brain is hyperactive, trying to deal with it,” explains Banerjee. “But as we engage ourselves more and more, the brain gets a lot less active. The brain gets habituated.”

Banerjee has made presenting in public a habit by joining Toastmasters, an international nonprofit that teaches communication and leadership skills, and she has now spoken in front of audiences over 200 times. Their secret to developing great speakers and leaders is to encourage their members to “learn by doing.” This means getting up to talk, even though a voice in their head is telling them to flee. While she still has stage fright — and she admits to feeling it even during her TEDx talk — her brain pays a lot less attention to it and is able to pay more attention to the audience and other aspects of her speech. “The risk is always there; it’s just that our brain gets used to the risk.”

Banerjee’s advice? “Speak often. And, more importantly, speak in front of a large variety of crowds. Speak at work. Speak in your community. Speak in front of friends and family because they can be brutally honest.” 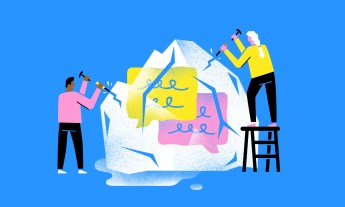 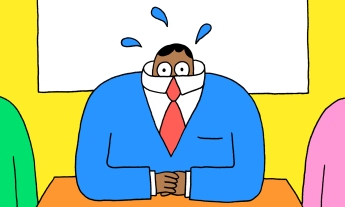 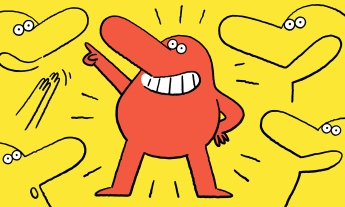 Kicking yourself for not saying something at a meeting? Here's how to speak up skillfully