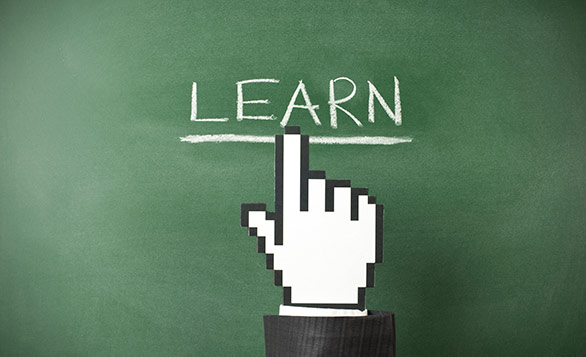 George Siemens taught the first “massive open online course” back in 2008. He shares his take on why the class form is still valid — and what might happen next in higher ed.

In the past few years, Massive Open Online Courses (MOOCs) have become a lens used by educators, entrepreneurs, education reformers and venture capitalists to view the higher education system. They are now a proxy for our hopes and fears for education; how we speak of MOOCs increasingly says more about our personal philosophy than it does about open online courses.

In 2008, Stephen Downes and I offered the first MOOC — a course on Connectivism and Connective Knowledge. Our intent was to create a learning experience that embodied the attributes of the Internet: open, accessible, networked, distributed and participative. The 2,300 learners who joined our course are now a rounding error in comparison to the large offerings of providers such as edX and Coursera. Yet our original vision continues to shape our research and teaching practices: networking individual learners to foster knowledge creation. It remains my firm belief that the complex challenges that society faces can only be met through a learning architecture that emphasizes knowledge generation over knowledge duplication.

After a frenetic 2012 and 2013, the last several months have been disappointing for many advocates of MOOCs. Until recently, major newspapers, magazines, and TV programs fawned over and feted the emergence of learning models that offered the tantalizing prospect of an education system where thousands of people could learn together. The entire higher education system would soon be obsolete, supporters crowed, while Silicon Valley solutionism drove unprecedented hype for online-based higher education. Presidents and provosts shared panels with entrepreneurs and venture capitalists, each seeking to out-proclaim and out-hype the other. Davos called. So did TED, as well as numerous state, provincial and national conferences and think tanks. Consultants and management firms generated reports and operationalized solutions, eager to capitalize on the profit potential of a system in transition. Higher education leaders, accustomed to a small audience of academic peers, were attracting large audiences outside of the university. If education is grunge, MOOCs became our Nirvana.

As 2013 drew to a conclusion, the 18-month intoxicating hype machine produced the inevitable headache. The open vistas of a bright future where MOOC providers moved from success to success were replaced with a fatigued resignation that MOOCs were appearing to take their place in a lineage of many, many failed predictions of educational transformation. Move aside radio instruction and VCR teaching. Make room for MOOCs.

For one thing, the MOOC hypesters were wrong. They discovered, on the backs, or within the wallets, of their VC partners, that knowledge building is a complex integrated system with multiple facets. The linear nature of MOOC solutions to the perceived problems of higher education (better instructional software and greater numbers of learners) failed to account for knowledge building as an integrated social, economic and cultural activity of society. Suggestions of MOOCs replacing universities began to seem quaint and childlike.

As the failures and shortcomings of MOOCs were disseminated, schadenfreude mingled with personal beliefs prompted academics to lament completion rates and the failure of online learning while self-validating their own importance. Balance must be restored in education! The hype of 2012 must be counter-balanced with equally passionate hype decrying the failure of MOOCs!

Watching this conversation unfold, I am struck by the range of errors and misunderstanding within both camps.

Fact of the matter is, MOOCs are here to stay, in some form or other, not least because universities face many structural challenges. In the US, a broken student loan system and record-setting student debt, administrative bloat, reduced public investment and a changing labor market are raising questions about the economic value of a traditional education. For faculty, this suggests the continued retraction of tenure opportunities and greater reliance on systems such as for-profits that consume rather than generate knowledge.

And, what learners really need has diversified over the past several decades as the knowledge economy has expanded. Universities have not kept pace with learner needs and MOOCs have caused a much needed stir — a period of reflection and self-assessment. To date, higher education has largely failed to learn the lessons of participatory culture, distributed and fragmented value systems and networked learning. MOOCs have forced a serious assessment of the idea of a university and how education should be related to and supportive of the society in which it exists.

So what happens now?

Corporate MOOCs will be the big trend of 2014. Companies will use open online courses to recruit employees, market their products, support vendors and develop relationships with their customers. MOOC providers will partner with corporations and fill in the gap that existing universities do not address. Providers such as Coursera will be pressured in this direction as their VC backers become more eager to see the prospect of an income stream.

Technologically, small changes can be expected as providers begin to evaluate data from previous courses. These changes will help MOOC providers catch up with the content management and interaction functionality of existing learning management system (LMS) vendors. While vendors such as Blackboard, Desire2Learn, and Instructure have started to offer MOOC products to offer existing customers, their initiatives pale in comparison to the big MOOC players in terms of numbers of learners enrolled and courses offered. That gives the likes of Coursera and edX a chance to consolidate.

And MOOCs will go global. To date, providers have been largely US-based; Coursera and edX collectively now boast more than 8 million learners. To preserve and advance national knowledge interests, countries in Europe, Latin America, Australia and Asia have launched local initiatives in open online learning. As these projects continue to grow, the wealth of new learning models and educational innovations offer needed competition.

Longer term, MOOCs will begin to include ideas around personalizing and adapting the learning experience. Several projects, such as CMU’s Open Learning Initiative, suggest the role of adaptive learning in MOOCs. Instead of one course for 100,000 learners, each learner gets her own course, reflective of her knowledge profile. Many of the current shortcomings of MOOCs, such as poor completion rates, stem from companies trying to build scale before tackling personalization.

Finally, credentials remain the last economic value point of higher education — and a major part of the new education system that remains to be solved. Content is increasingly open. Teaching has become more open, due partially to the rise of MOOCs. Credentialing, however, remains locked and closed. With the fragmentation of content and learning, corporations may accept alternative credential approaches. But the depth and pace of changes in this area remain uncertain as credentials are closely integrated with bureaucratic processes and regional and national agencies. For MOOCs or their successors to survive and thrive, the question of offering recognition that is itself widely recognized becomes a critical indicator of success.

MOOCs are still young. Rarely has an education innovation swept as rapidly through our world. The discussion they have generated reflects a university system struggling with its transition to a digital world. The continued influence of universities in shaping and serving society is promising for learners and for society. But the transition will bring into question many sacred ideals. The hegemony of traditional public universities will be augmented with new players — and frankly, we should all welcome the onslaught.

George Siemens thinks, writes and teaches about networks, learning, technology, knowledge and community. He recently accepted a position at University of Texas Arlington to lead the development of a digital networked learning research lab, he spoke at TEDxNYED in 2010, and he tweets @gsiemens. This essay was a part of TED’s “Questions Worth Asking” series for which we asked the question, “What’s next for MOOCs?” See also a conversation between Udacity’s Sebastian Thrun and Salman Khan of the Khan Academy, an interview with Coursera cofounder, Daphne Koller, and a Q&A with edX president, Anant Agarwal. 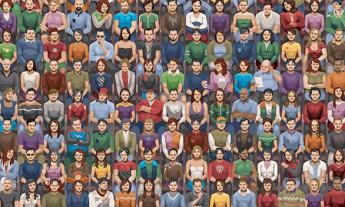 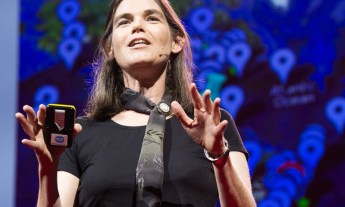 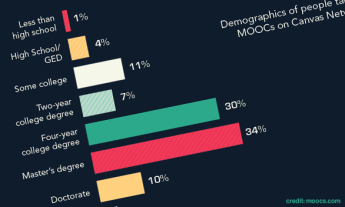 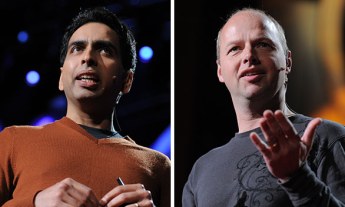