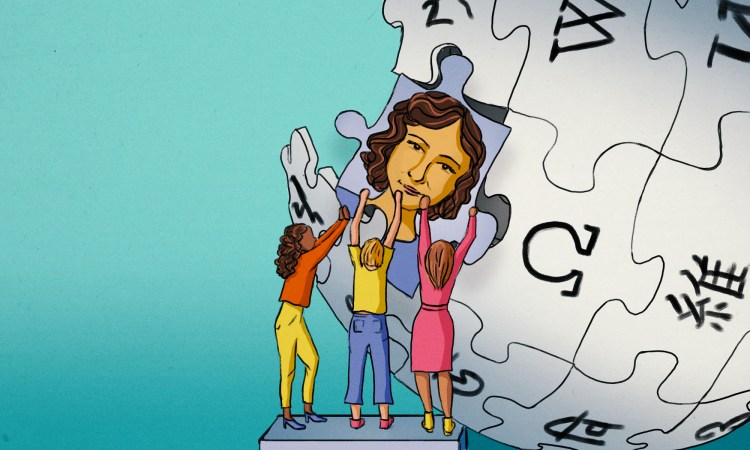 Physicist Jessica Wade has added the biographies of more than 875 women scientists to Wikipedia, and she shares tips and advice for getting started.

Wikipedia has a gender problem — and we’re causing it.

Despite being the largest encyclopedia ever created, only 18 percent of the biographies on Wikipedia’s English language site are of women. Although most of us know better than to use it as our only source, with around 70 million unique users every day Wikipedia is undeniably our first port of call for information about unfamiliar topics, so that lack of representation leaves a lasting impression.

London-based materials physicist Dr. Jessica Wade has decided to tackle the problem head on. “It’s all well and good that we can say it’s [Wikipedia’s] fault, but it’s genuinely our fault because every piece of content on that site is made by us,” she told TED Ideas.

Based at the Centre for Plastic Electronics at Imperial College London, Wade spent much of her PhD giving talks and doing outreach at schools to encourage more women and minority groups to study STEM subjects. However, as she explained at TEDxLondonWomen in 2018, she realized the problem was more deep rooted than that: “Actually, the majority of history has been written by men, about men, for other men … and the majority of content on Wikipedia is written by white men in America.”

Since 2018, she has been adding biographies of women in science to Wikipedia, tweeting them out to a wider audience, and urging more people to do the same. Though this has drawn ire from some corners, it’s become Wade’s favorite hobby.

“For me, it’s the most encouraging and incredible way to do a research project,” she says. “People from all different backgrounds, all around the world come together to make something that none of us really knew when we started writing it, because it wasn’t on Wikipedia before.”

Wade also sees it as an effective way to turn frustration into action. Although it’s certainly good that more attention is being paid to the representation of women and underrepresented groups, Wade finds that sometimes the outrage voiced in response to incidents like all-male award shortlists doesn’t have much lasting impact.

“Everyone shouts and everyone presses retweet, and you have this kind of endless anger surging around the internet,” says Wade. “We should invest that time in doing something productive, and Wikipedia is a really good way to do that. It really is on us to not just sit there and read a headline and get angry.”

So how do you edit Wikipedia entries, or write new ones? Wade has some tips for beginners.

Anyone — including you — can edit Wikipedia

You’ll notice edit links on each section of a Wikipedia page (they’re quite small, and they take the form of the word [edit] appearing right after the title of each section). Those are there for everyone to click on. You do not need to know much about how the site works in order to correct or update an existing page; it’s set up for anonymous editing to be quick and easy. This facilitation of free knowledge sharing is a goal of the Wikimedia Foundation, the non-profit that operates Wikipedia, ensuring it has web hosting and tech support.

However, you’ll need to create an account if want to add a new page, and Wade recommends getting a login early on so that you can explore how the site looks from an editing perspective: “It helps people know that you’re serious, but it also helps you track everything that you’ve done.”

All editors are ordinary people who volunteer their time to add information to the site and improve what’s already there. There’s an active community of people like Wade who edit regularly. Each Wikipedia page has an editing history and a talk section, where people updating and amending the page can have a conversation; there, you can get advice, help and support from others collaborating on the same subject.

“In your early days of editing, you can’t put [a page] on Wikipedia until it’s been checked by another editor,” explains Wade. “As that process goes on and you get better and more confident at it, then it won’t have to be checked anymore. Eventually, you’ll just have this community of people who come around you to help make suggestions and make the page better.”

There are a number of different ways to contribute to Wikipedia

If you want to commit to adding several new pages a week — great, have at it! But please know that you don’t need to doing that much if you’re pressed for time.

“Go to a page that already exists, and just update it in some way,” Wade recommends. “So if there’s someone who has just won an award or that you’ve just heard on a radio show, go to that person’s page and mention that! It’s an easy, quick thing to do.”

Another thing to keep in mind if you’re thinking about how to contribute: Wikipedia is currently dominated by English-language content, as most of its editors are in North America. “If you can speak languages other than English, then a really fantastic way to edit Wikipedia is to translate an entry out of English into another language,” says Wade. There will be less groundwork for you to do as the page structure is already there and the research has been done.

Here’s how to add a biography

First, the person in question shouldn’t be connected to you. No matter how great your boss’s or friend’s achievements, you shouldn’t be creating their page. “It’s really hard to write impartially about those kinds of people,” says Wade.

Once you’ve picked a person, make sure they meet Wikipedia’s notability guidelines, because not everyone can have a Wikipedia page. If they do meet the guidelines, then start to look for information. This is where it gets a little more complicated, Wade explains.

“Not primary sources; not something like an interview with them, or their LinkedIn or their social media. We can’t use those,” she says. “They’re quite useful for getting a general chronology of someone’s life, but you can’t cite them directly on Wikipedia. Perhaps they’ve been profiled on the BBC website, or on the Guardian. Find reliable places that you can go to for this information, to start pulling together that biography, and then start writing it out. What’s really important for Wikipedia is to do it all in your own words, so not to plagiarize.” If writing a new page feels daunting, Wade also recommends opening up a biography on Wikipedia that you like or feel is well written, and using that as a template.

Unless you’re lucky enough to have all the relevant information on hand, you will likely need help from other users. That’s a normal part of the process — don’t be afraid to ask for support in the talk section when it comes to image research or finding a missing birth date.

You don’t need to look after your pages forever; that’s what the community is for

If you’ve created a page, it does not become your responsibility to look after it for the rest of time. Other people will, too.

“If you have a bit more time to commit, [then] when you’ve made the page, you can add it to something called your watch list so you keep watching what happens to it,” says Wade. But if the page you made needs to be updated or corrected, other editors will also jump in.

She’s also had the experience of pages she’s created being aggressively and incorrectly edited (like that of anti-Brexit campaigner Femi Oluwole). “His page gets edited all the time, but other people instantly correct it,” says Wade. There’s also a function on Wikipedia to simply click “undo” on changes that someone else has made to a page of yours, so you needn’t constantly re-edit to correct misinformation. “As soon as someone makes a change, if it’s incorrect or rude, you can just cancel that change,” she explains.

Editing Wikipedia also needn’t be a solo hobby — especially if it ties into an ongoing form of activism for you, like improving the representation of women. You could attend or organize an edit-a-thon, where you gather a group of people to get together and add pages on a particular topic or theme.

If you want to learn more about editing, the Wikimedia Foundation offers virtual training courses that you can participate in no matter where you live. Some are sponsored by individual universities or organizations like the American Physical Society or the National Science Policy Network, which have an interest in helping people better understand and communicate about their topic. In many cases, scholarships and grants are offered to make training more accessible or even free.

Wikipedia needs skills other than writing and editing

Wikipedia pages need images, and they must be free to use. Even if you don’t have a page in mind that you want to create or contribute to, just adding your own images to Wiki Commons — which is Wikipedia’s media library — and tagging them properly means that they can then be used by other editors.

As long as you have the necessary permission from the subjects in the photo, you can upload your own images from conferences or talks. If you’re more interested in non-portrait photography, you can consult the list of other categories for which images are currently needed. The library also includes sound and video files, so you could provide those too.

Lastly, and most importantly, says Wade: It is nowhere near as hard as you think it is. Just click edit and make that first change.

“You change lives, when you edit something like Wikipedia,” she says. “You help people access information that they would never before have been able to read about … so don’t be afraid, because you know things that no one else knows and it’s really important to share those.” 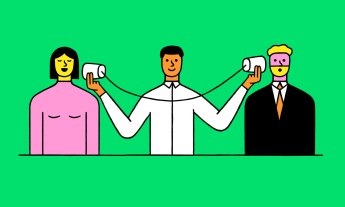