Gallery: The promise of the all-electric racing car: An interview with Formula E driver Nicolas Prost

Think about car racing and certain images — and sounds — probably come to mind. The high-pitched nasal howl as Formula 1 cars zoom by. The absurdly over-logoed visual extravaganza of NASCAR. Now there’s a brand-new racing series that has, well, none of that. Formula E, the world’s first fully electric racing series, has cars that swish rather than scream. And while sponsor logos certainly feature, in this championship all the drivers drive the same model of car. What?

As driver Nicolas Prost explained to TED’s Bruno Giussani at TEDGlobal>London shortly before the deciding races of the championship, that’s because the focus of this contest is on sustainability and efficiency. By leveling the technological playing field and making all the cars the same, the onus is on the team’s engineers and drivers to optimize everything to be the very best they can be. Hear more about the specific challenges of driving an electric car at top speed — and find out about the “Fanboost” switch — in the video interview and, below, take a look at some of the details of the cars. 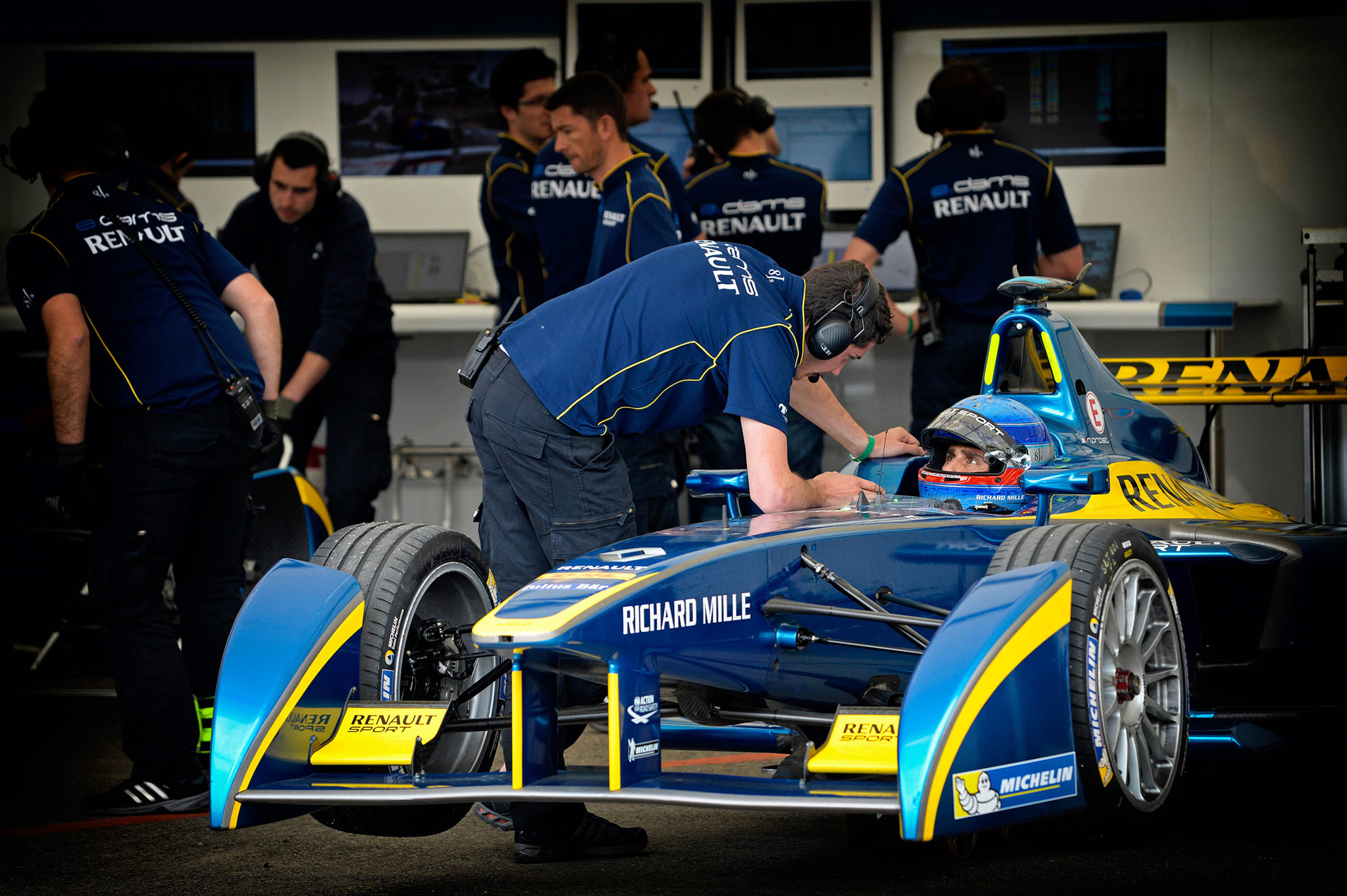 It’s not a Grand Prix. It’s an ePrix

Nicolas Prost consults with a team member in the pit at the Berlin ePrix; he finished tenth in that race. Photo: Eric Vargiolu / DPPI. 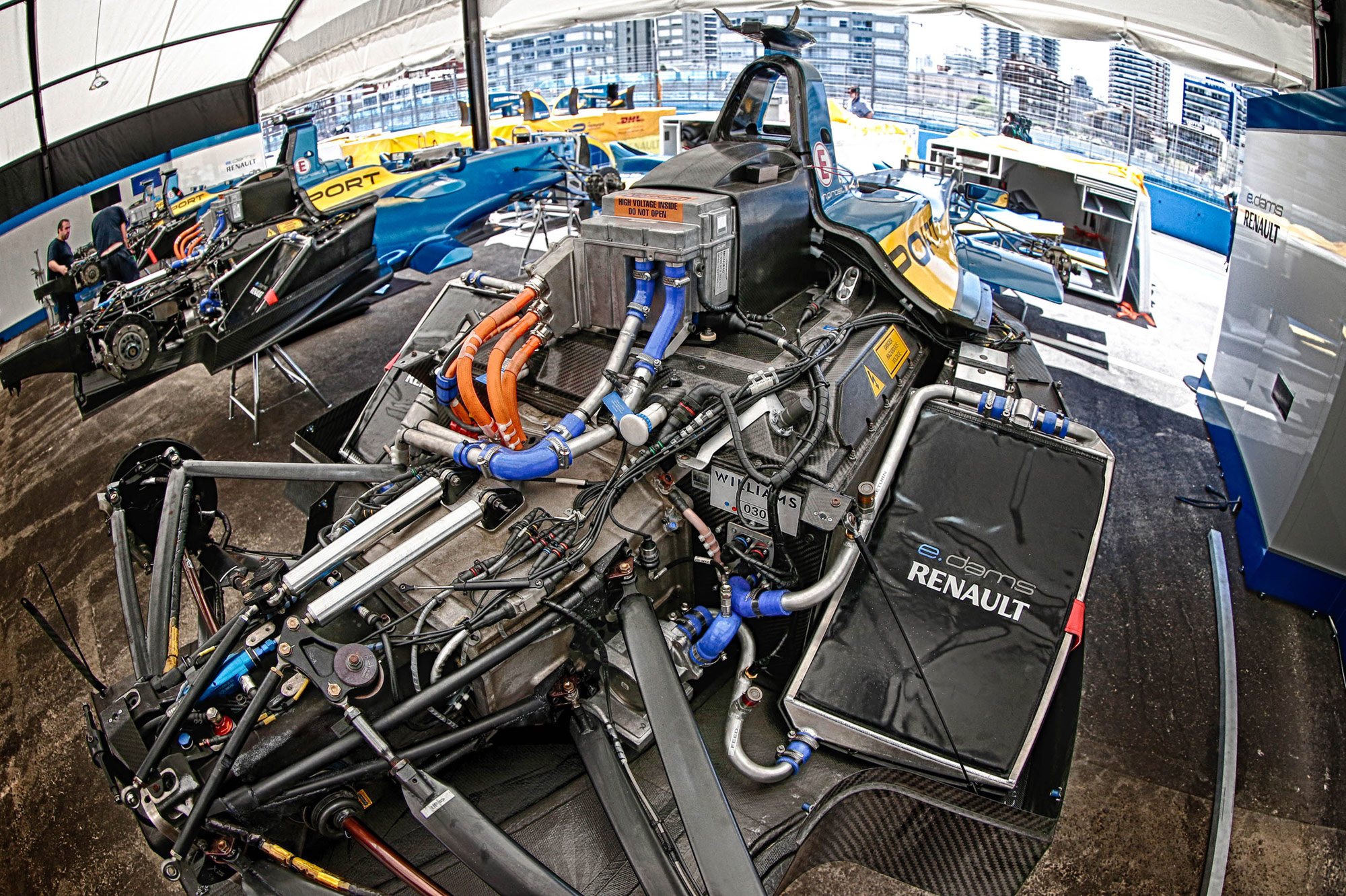 Batteries are most certainly included

The engines of the Formula E cars are obviously very different from those usually seen in race cars. But Prost says that the driving experience is actually pretty similar. “It’s a little bit heavier, because the batteries are quite heavy and there’s been a lot of safety put around them,” he says. “But if you’re just talking about trying to drive fast, it’s not so different from a normal race car.” Photo: Jean Michel Le Meur / DPPI. 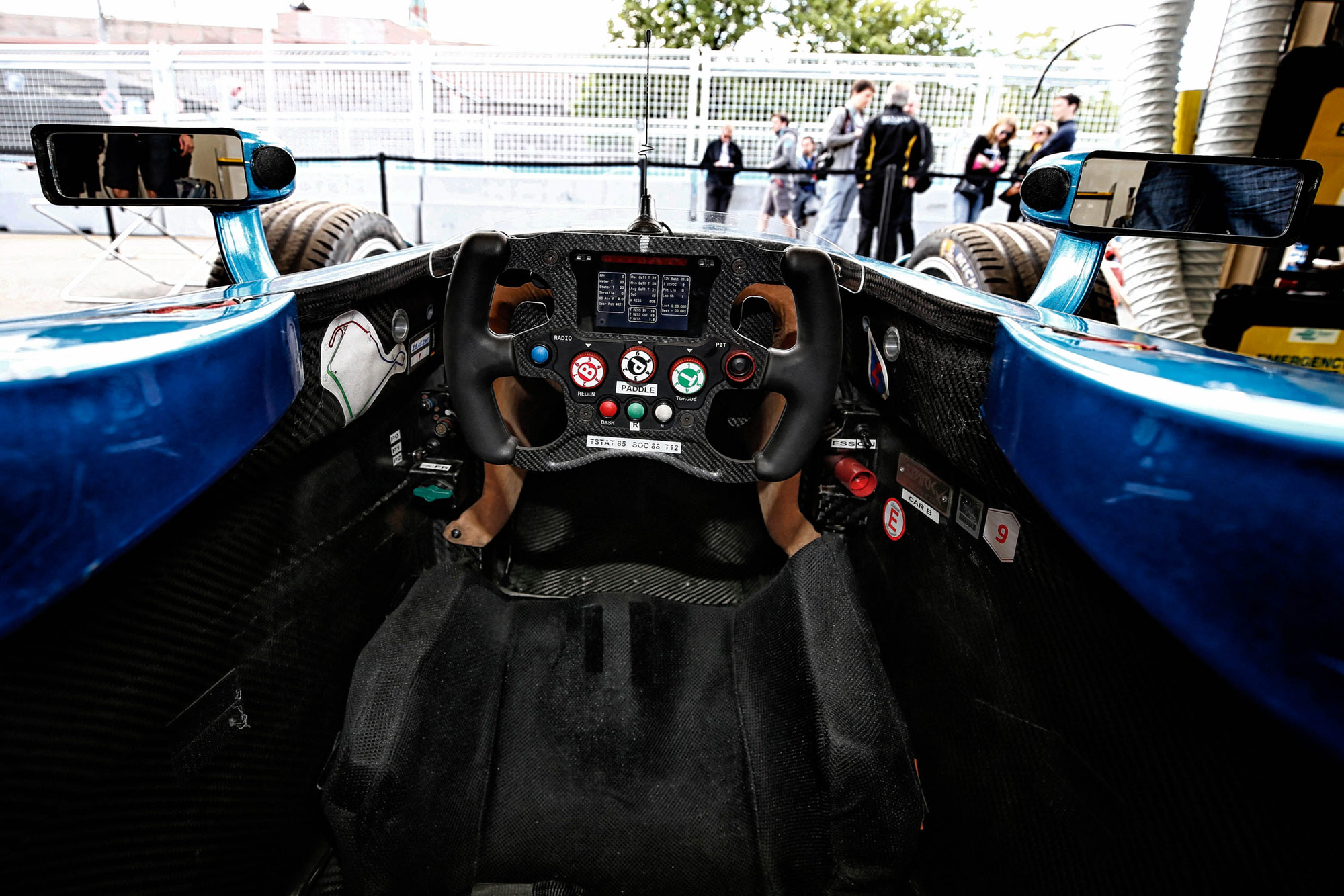 Where things really get different is in the cockpit, where three rotary buttons in the center of the steering wheel allow drivers to control the amount of energy they’re expending. Braking recharges the battery, so drivers have to try to recharge as much as they can … without making the car unstable. “There’s always a tradeoff between stability and efficiency,” says Prost. Photo Alexandre Guillaumot / DPPI. 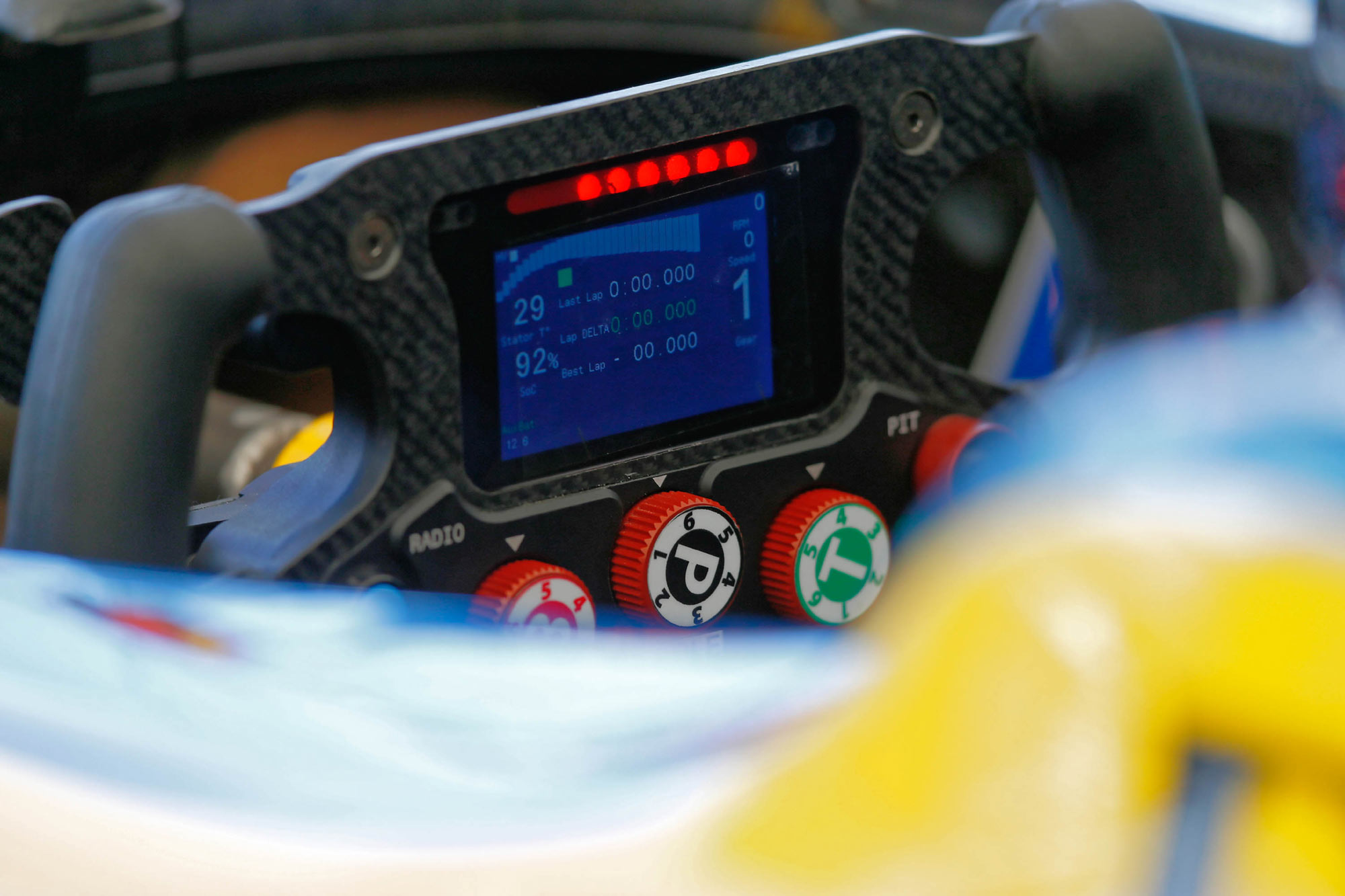 Do you have enough power?

“The green switch on the right side is for power,” says Prost. During the race, power is restricted to “race mode” of 150 kilowatts, meaning that drivers have to be smart about how they drive, be mindful of regenerating the battery and manage its temperature — all while driving as fast as possible. Photo Alexandre Guillaumot / DPPI. 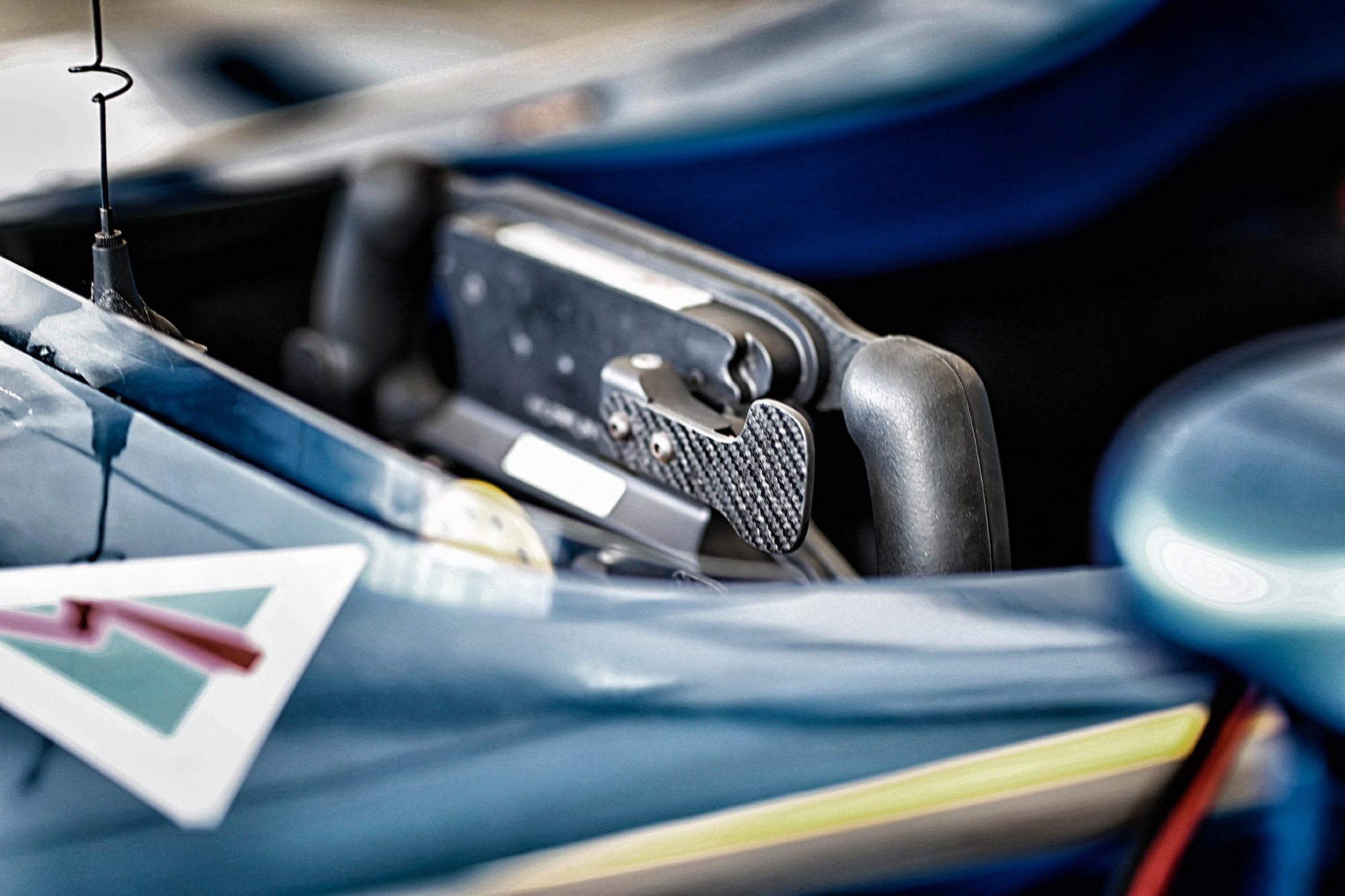 Give a driver a boost

Located behind the steering wheel, the “FanBoost” switch is a social media-driven innovation unique to Formula E. Fans can vote for their favorite drivers — and in doing so give them extra speed in a race. “For five seconds the top three drivers can activate the paddle and get 180 kilowatts of power instead of 150,” says Prost. Photo Alexandre Guillaumot / DPPI. 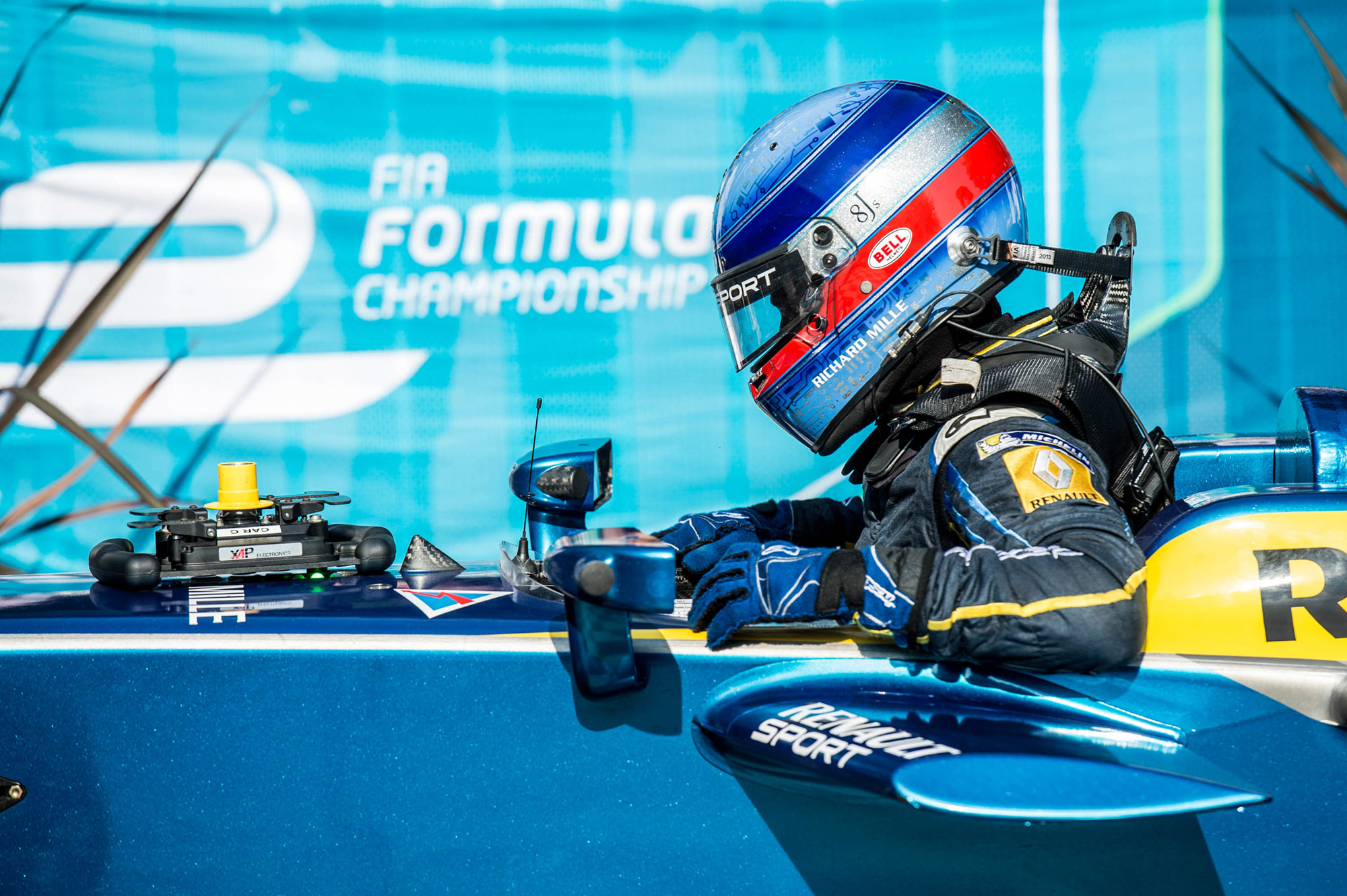 Drivers actually have to change cars during the race. That’s because current battery technology can’t sustain the 50-minute contest. So when drivers come into the pits, they jump out and hop into the next car that’s waiting for them. Now that’s not something you see in Formula 1. Photo Vincent Curutchet / DPPI. 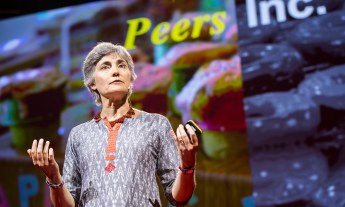 Could drivers generate WiFi? A Q&A with Robin Chase of Zipcar 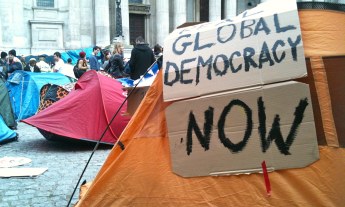 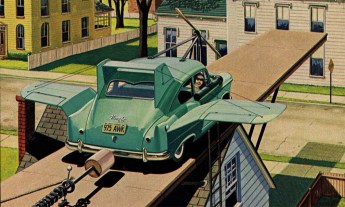 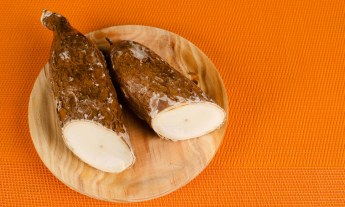