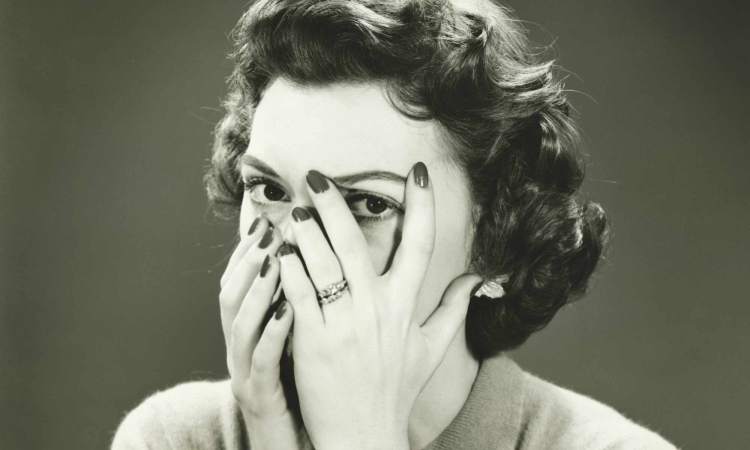 Researchers have identified many things — like unpredictable laughter, pale skin, unkempt hair — that people tend to find unsettling in others. But they’ve also realized this: We humans are pretty poor judges of who we should trust, says psychologist Julia Shaw.

We sometimes use terms that ascribe negative traits to people we don’t know.
That guy is creepy.
What a weirdo.
She’s freaking me out.

But if we stop and think for a minute, what actually is creepiness? Do people know when they are creepy? Are you creepy?

Until recently there was no science to help us understand creepiness. Then, in 2016, Francis McAndrew and Sara Koehnke of Knox College in Illinois published the first empirical study on the subject because they wanted to put their fingers on this elusive concept. They said that being “creeped out” is the result of an in-built threat detector — a detector that lets us know something is off by giving us feelings of confusion, unpleasantness, or just “the chills.”

But if creepiness is a threat detector, what is it warning us about?

To discover what people interpret as “creepy,” McAndrew and Koehnke asked 1,341 participants to consider this scenario: Think of a close friend whose judgement you trust, and imagine they’ve just met someone for the first time and they tell you the person was “creepy.” Participants then rated the likelihood that the person had any of 44 behavior patterns or physical characteristics.

There were many other characteristics associated with creepiness. These included: being extremely thin, not looking your friend in the eye, asking to take a picture of your friend, watching your friend before interacting with them, asking for details of your friend’s personal life, being mentally ill, talking about their own personal life, displaying inappropriate emotion, being older, and steering the conversation towards sex.

Creepiness may be our reaction to not knowing whether we should be scared of someone.

In general, the creepy characteristics tapped into three core factors: They make us fearful or anxious; creepiness is seen as part of the personality of the individual rather than just their behavior; and we think they may have a sexual interest in us. “While they may not be overtly threatening, individuals who display unusual patterns of nonverbal behavior, odd emotional responses, or highly distinctive physical characteristics are outside of the norm, and by definition unpredictable,” explained the authors. “This may activate our ‘creepiness detector’ and increase our vigilance as we try to discern if there is in fact something to fear or not from the person in question.” In other words, creepiness may be our reaction to not knowing whether we should be scared of someone.

But can we really tell from a brief encounter whether someone is trustworthy or whether they’re likely to hurt us? We make our judgements about trustworthiness within 39 milliseconds of seeing a face. One of my favorite, albeit tiny, studies on whether we can accurately judge a person by their face comes from a 2008 paper from Stephen Porter and colleagues at Dalhousie University, Canada. Participants were asked to rate 34 photos of adult male faces on trustworthiness, kindness and aggressiveness. Half of the photos were of trustworthy people and the other half were of untrustworthy people, and the photos in the two groups were “matched” in terms of facial hair, expressions and ethnicity.

The trustworthy people in the photos had either received the Nobel Peace Prize or the Order of Canada for their devotion to humanity, peace and society. The untrustworthy came from the America’s Most Wanted list — they were all people eluding justice for extremely serious crimes. The authors wrote in the “unlikely event” that a participant recognized a face, they were to tell the experimenter, but “none of the 34 targets were recognized by any participant.” It’s a shame. Maybe we need to organize a Nobel Laureate reality TV show.

When it comes to creepiness, one important feature was attractiveness — in one study, attractive people were deemed to be trustworthy, whether they were Nobel Laureates or criminals.

In this experiment, participants did slightly worse than if they’d flipped a coin. They correctly identified 49 percent of the wanted criminals as untrustworthy. However, they were slightly better with the Nobel Laureates, rating them as trustworthy 63 percent of the time. The authors concluded that to make their judgements, people were looking for signs of kindness or aggressiveness in the faces of those they were evaluating.

There’s one particular facial feature that we zoom in on when assessing strangeness: the majority of people in one study said “creepiness” was all about the eyes.

According to other studies, people who are perceived as unattractive are, on the whole, less likely to get good jobs and get reasonable healthcare. In a study I did in 2015 with my colleagues at the University of British Columbia, we found that unattractive and untrustworthy-looking people were convicted of crimes by mock jurors with less evidence and they were less likely to be exonerated after evidence that proved their innocence. Other researchers have found that having an untrustworthy face makes it more likely you’ll be given a harsher criminal sentence, such as the death penalty.

There’s one particular facial feature that we zoom in on when assessing strangeness. In the McAndrew and Koehnke study, 80 percent of participants said “creepiness” was all about the eyes. The researchers went on to conclude that “definitions of creepiness tended to revolve around the theme of differentness.”

Whether it’s from birth, injury or botched surgery, most of us don’t choose to have creepy faces. Yet we know that humans have long abused people who look different. Why does this happen? Well, there is the basic evolutionary argument that deformities and asymmetry can be signs of genetic disease and weakness. We are naturally averse to disease — an aversion to which we partly owe our survival — so we gravitate to those who look fertile and healthy and we shy away from those who might infect us. But while this might help explain why we avoid certain people, it doesn’t explain why we might also act cruelly towards them.

Even though creepiness is the result of a system that is trying to keep us safe, it is poorly calibrated.

One argument that explains this cruelty and that I find particularly compelling has to do with our perception of “faces in pieces.” Katrina Fincher and two other researchers in the US published a paper in 2017 where they argued that the way we perceive faces can result in dehumanizing the person. If we perceive a face where nothing stands out, we take it all in at once. We perceive it as a whole. As human.

But as soon as something captures our attention by being abnormal, we start to deconstruct the face — and then we deconstruct the person. We see the deformity, the irregularly-spaced eyes, the funny nose, the acne, and we stop seeing the face as a human whole. This, the authors said, “enables the infliction of harm, such as harsh punishments.” Our perception can play a trick on us and lead to “perceptual dehumanization.”

Even though creepiness is the result of a system that is trying to keep us safe, it is poorly calibrated. We misidentify Nobel Laureates as notorious offenders. We think that people are creepy because they deviate from the norm in looks, mental health, behavior and interests. So, how can we combat this? Be aware that this can happen, and stop and think if our first reaction to someone is that they are creepy. Then go ahead and chat with that person who has a neck tattoo. Hire the woman with acne. And educate kids not to stare at the person with a facial deformity.

Excerpted from the new book Evil: The Science Behind Humanity’s Dark Side by Julia Shaw, with the permission of Abrams Press, an imprint of ABRAMS. Copyright © 2019 by Julia Shaw.

Watch her TEDxOxford talk on evil:

Watch her TEDxLondon talk on how memory science can fight harassment:

Julia Shaw is a senior lecturer in criminology and psychology at University College London. She is also a regular contributor to Scientific American. 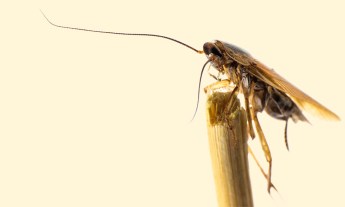 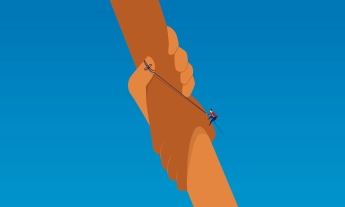