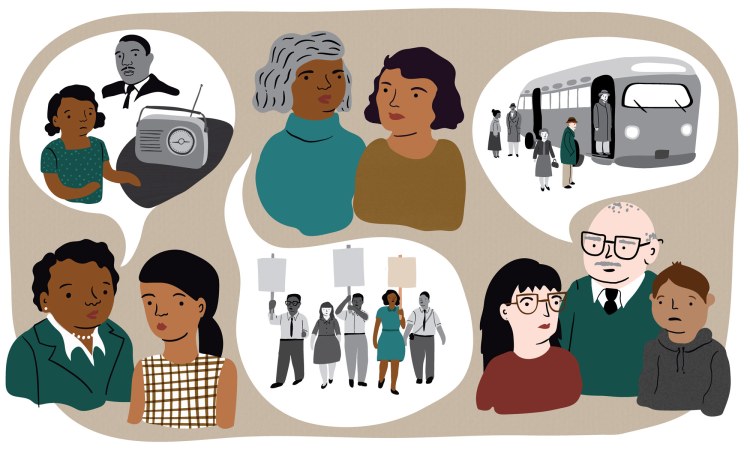 It’s one thing to read about segregation and the Civil Rights movement of the 1960s in books. But history comes to life when you hear from the people who were on the front lines.

In the United States, students are taught about the Jim Crow era and the Civil Rights movement in school. But what can get lost in the lesson plans and textbooks is the emotional truth of what it felt like to live at a time when racial segregation was the reality in America. That’s one reason why Dave Isay (TED Talk: Everyone around you has a story the world needs to hear), the founder of StoryCorps and winner of the 2015 TED Prize, launched The Great Thanksgiving Listen, an annual project that encourages people across the US to take advantage of holiday togetherness to interview a grandparent or elder.

Here are excerpts from several interviews recorded in 2015 and 2016 that provide personal insights on the legacy of segregation and the fight for civil rights. Each also offers a sobering reminder of what it takes to stand up to hatred.

Emma James grew up in Knoxville, Tennessee, at a time when being African-American meant that she had to sit at the back of the bus and in the balcony at the movie theater. In an interview with her granddaughter, Alexis, who lives in Rockville, Maryland — Emma shared what happened when she was part of an effort to integrate a local school as a teenager. “There was a white high school near where I lived, and ministers wanted a group of us in the neighborhood to go and register there,” she said. “The morning we were supposed to go, a cross was burned on the school lawn.” The threat had the intended effect — she and the other black students didn’t enroll. Still, Emma’s family received anonymous, threatening phone calls at night “for a long period of time” afterwards. There were other repercussions. Although Emma had lived in Knoxville with her grandmother for her entire life, Emma’s mother had moved to another state. “I was told that I would have to withdraw from the school system in Knoxville,” she said. “It was an effort to get me out.” The NAACP came to her aid. “They paid out-of-state tuition for me to continue to attend, so I could graduate with my class.” Emma went to college and said that’s when she finally began to see a cultural shift in how black Americans were treated. She fondly remembered having Martin Luther King Jr. as her college graduation speaker.

He saw protest bring out the best and worst in people

A young white lawyer in the 1960s, James Murphy knew exactly what role he wanted to play in the American legal system. He wrote to the US Department of Justice in 1965 and asked for — and got — a job in its new Civil Rights division. Murphy, now 84, was sent to Mississippi to be present “as people exercised the First Amendment right to protest segregation. If they were attacked — and they were — I was a witness,” he explained in an interview with daughter Kate Murphy Zeman, 47, and granddaughter Jane Zeman, 15. Murphy also filed federal lawsuits against authorities who didn’t uphold the Constitution and litigated to desegregate schools and enforce voting rights. He encountered many hostile judges along with brave ones “who defied local opinion.” A case in Grenada, Mississippi, was particularly memorable. On their first day of school, a group of black children was attacked by white factory workers. “One little boy’s leg was broken,” he said. Murphy could still hear the stirring voice of his colleague, who argued the case and declared, “I’ve seen the Negro citizens of Mississippi denied their rights to schooling, denied their right to vote, I’ve seen their land taken away, but never have I seen white citizens of Mississippi beat and hurt little children. It is the shame of Mississippi.’” Murphy somberly recalled, “the jury stayed out for seven or eight hours before acquitting [some of] them.”

He helped integrate a fire department in California

Eugene Milton Williams, now 95, learned to drive a truck and fight forest fires while working for the Civilian Conservation Corps (CCC), which was started during the Great Depression to provide jobs and improve America’s roads and parks. Williams, who is African-American, served in the Navy during World War II, and then he returned home to Oakland, California. In an interview with his grandson, Michael Willis, 44, Williams described how he lived around the corner from a firehouse, Engine 22. “One of the fellows told me about a lieutenant who was giving classes to black men,” he said. Williams passed the exam and was hired, but he was dismayed by the all-black firehouse where he was posted — he described it as a “Mickey Mouse house” with a “little dinky fire truck.” So, he said, “I went into the Fire Chief’s office by myself and complained about the segregation and about how we got the dirty jobs — the cleanup jobs around the city.” The NAACP became involved, and in 1954, Williams became the first African-American man to integrate the Oakland Fire Department after he was assigned to Engine 19, until then an all-white unit. Life was difficult, especially at meal times since he was not allowed to dine with the rest of the crew. “I’d eat my dinner by myself,” he recalled. Every night, one man at the station would sleep downstairs to sound the alarm if a call came in. Williams’ colleagues wanted him to bring his own mattress because they didn’t want to use the same one he did. Eventually, he chose to resign. “I’d had it with the hypocrisy,” he said.

She remembers integration — and the curiosity that came with it

Wilhelmina Rozier now lives in Philadelphia, but she grew up in Georgia. Her neighbor Sherrick McNeal interviewed her to learn about her experiences in the segregated South. “Racism was normal for us,” said Rozier, who was one of six children. “We were taught how to keep ourselves from being victims. We were taught where to go, to travel in a group and that there was a certain way to talk around white folks.” Rozier attended an all-black school through ninth grade, and she appreciated her teachers. “They were tough on us because they knew it was going to be hard for us to succeed,” she said. “They wanted us to use our brains over our brawn.” Rozier was a high school student when her school was integrated. She recalled feeling alarmed to see some of her black classmates tracked into vocational programs — it seemed like a less overt form of segregation to her. But she also remembered the curiosity that she and her new white classmates felt about each other. “Parents were still practicing prejudice, but young people were feeling free and able to mingle,” Rozier said. “We had been taught so much about whites being against blacks and whites being against blacks, so when we integrated, everybody just wanted to know what all the hoopla was about.”

He faced discrimination as a Chinese-American

Stan Lou’s parents emigrated to America from China in the 1930s and bought a small grocery store in Greenville, Mississippi. “We weren’t allowed in the white schools, but we weren’t permitted in black schools either,” said Lou, in an interview with Aryani Ong, 47. “The city built a one-room schoolhouse for the Chinese students.” He was crowded together with 40 students of all ages, and they had a single teacher. Later, community elders petitioned the school board to allow Chinese students into white schools. “They said okay on a trial basis,” explained Lou. “We knew we were under a lot of pressure. It was, ‘Don’t get in trouble. Don’t make waves. Be quiet.’ We lived under the shadow of being the aliens — the yellow devils.” Lou excelled in school, so he was disheartened when the school changed its valedictorian policy. Instead of the title going to the student with the best grades, it went to a student who was selected by the administration. “This was done blatantly,” declared Lou, now 77. “It was a reminder that I might be the smartest student in the class, but I was still just the Chinaman.” He called discrimination “the backdrop of my whole childhood.” He attended the University of Michigan, where he found greater acceptance, but his early experience stayed with him. “It taught me to dislike being Chinese and to reject my community,” he said. “It took me a lifetime to get over that.”

He was in Washington for the “I Have a Dream” speech

“It was one of the most significant things I can remember in my entire life,” said Arthur Miller, of the March on Washington for Jobs and Freedom that took place on August 28, 1963. As he spoke about the experience in an interview with his granddaughter, Julia Miller, he remembered walking through the streets of Washington with thousands of people, their hands interlocked and voices singing. Then they all stopped at the Lincoln Memorial, where Martin Luther King Jr. spoke. “It was very stirring, very emotional,” he said. It had been a risk for Arthur, who is white, to attend. “There were some family members and people I did business with who did not agree at all,” he explained. Arthur felt an outpouring of emotions as King spoke and shared his vision with the cadence and poetry that has captured multiple generations, but it wasn’t immediately evident to him or other onlookers just how powerful the words were. “People didn’t know it at the time,” Arthur said. “As convinced as I was at the time that being there was the right thing to do, I’ve been convinced more over time.”

Take part in the Great Thanksgiving Listen. Interview an older relative or friend about their experience of discrimination in the US, their take on race today, or their hopes and fears about the world going forward. Download the StoryCorps app to find out more. 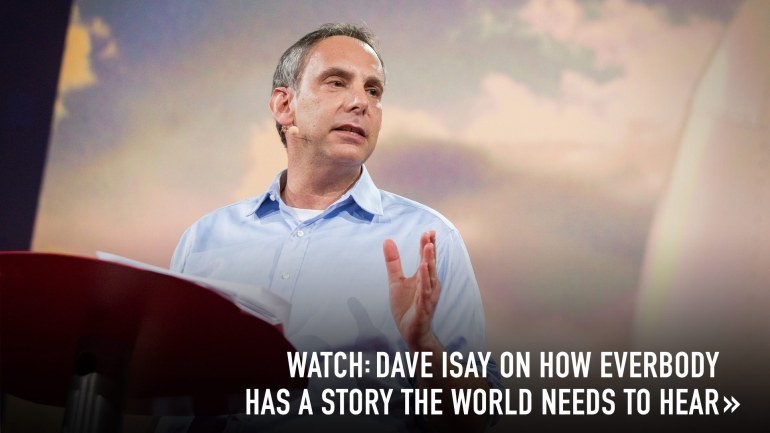 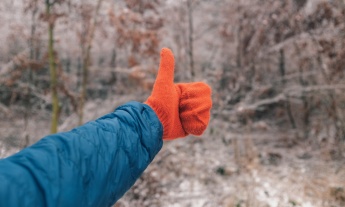 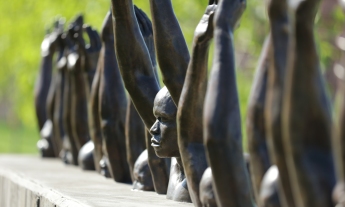