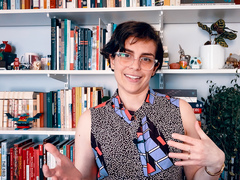 What happens when biology becomes technology?